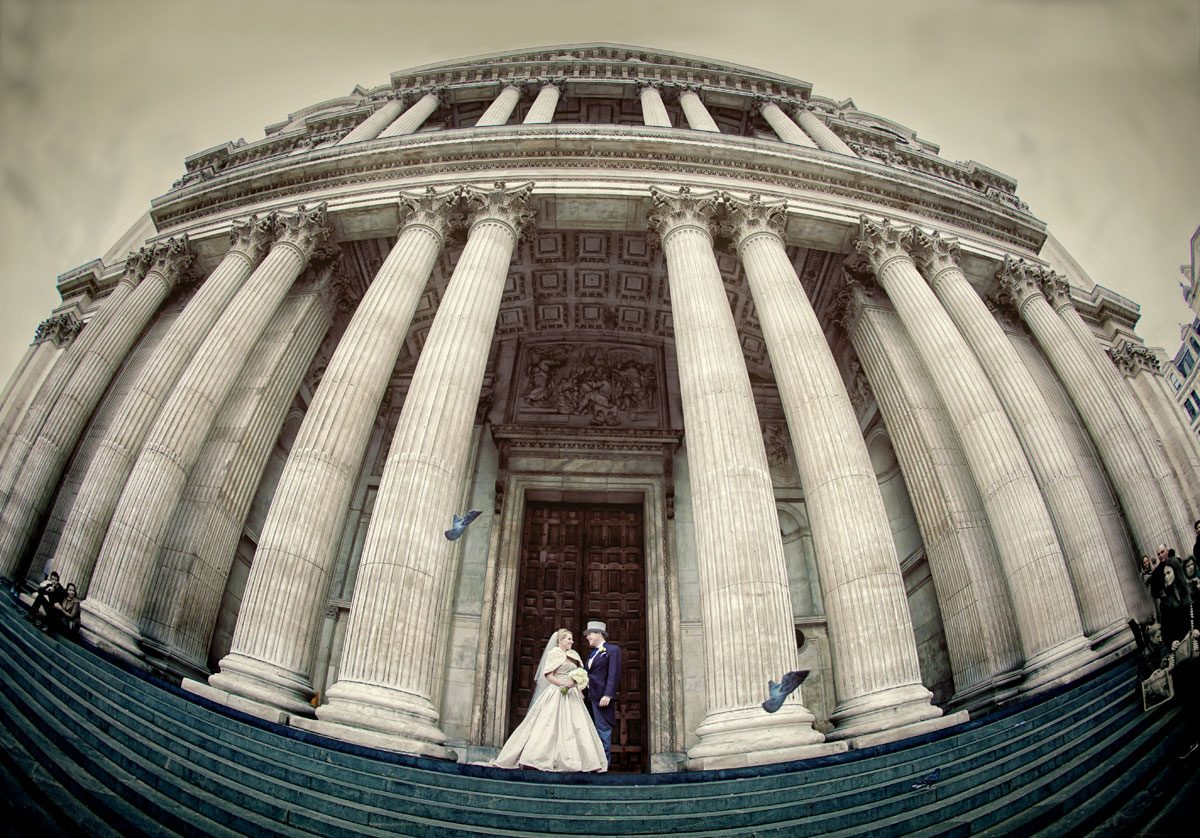 Famously designed by Sir Christopher Wren after the Great Fire of London it was completed within his lifetime, and it has dominated the skyline of the capital now for three hundred years. 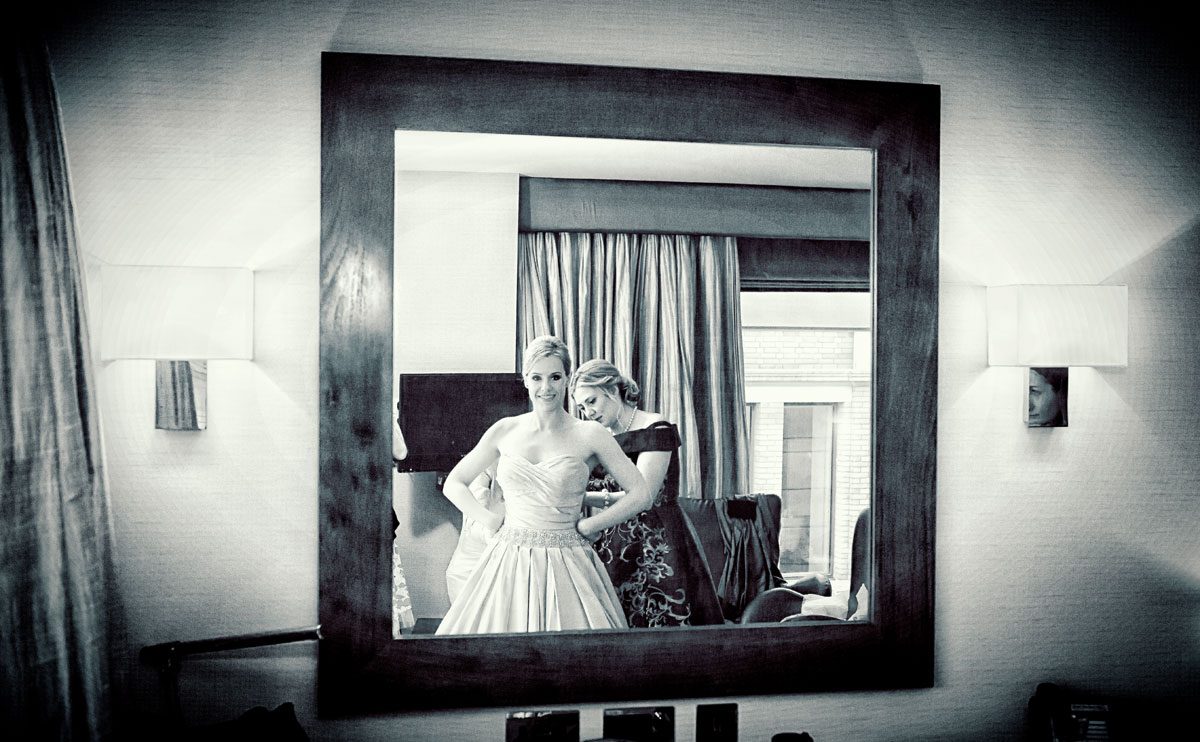 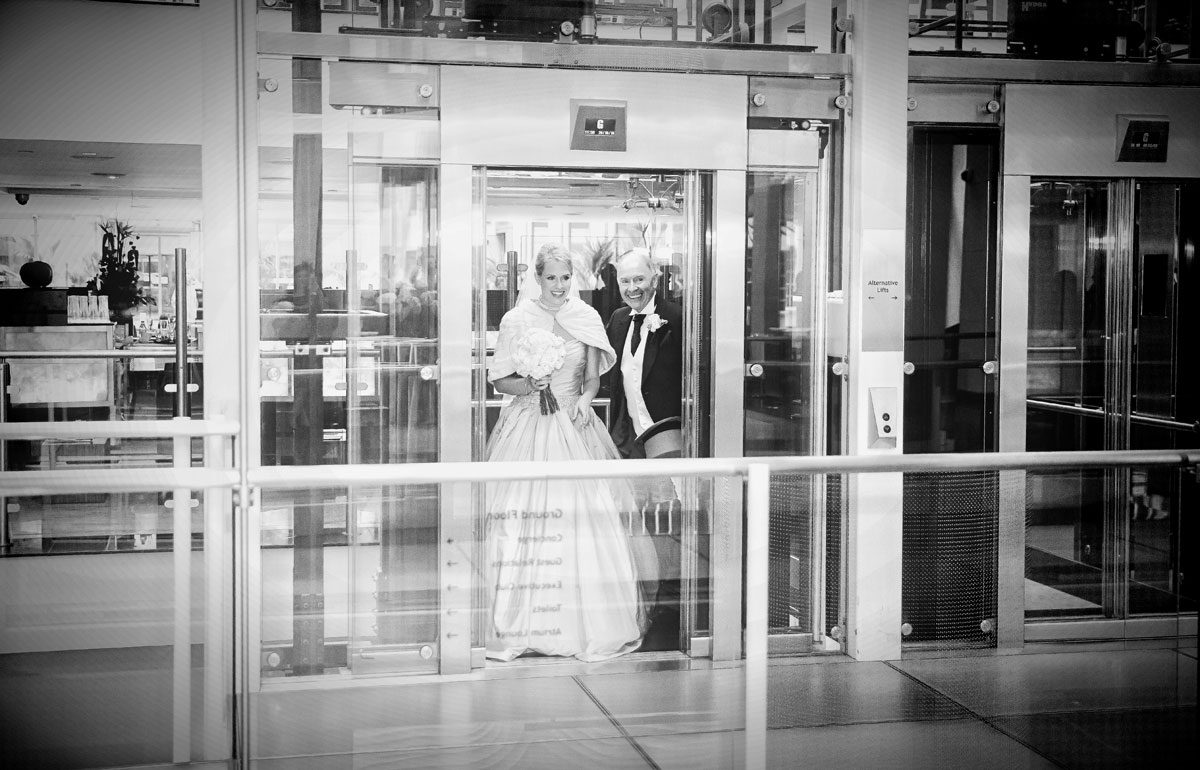 Along with Tower Bridge there is nothing quite like it’s shape for screaming out to the world “I am London and magnificent!” 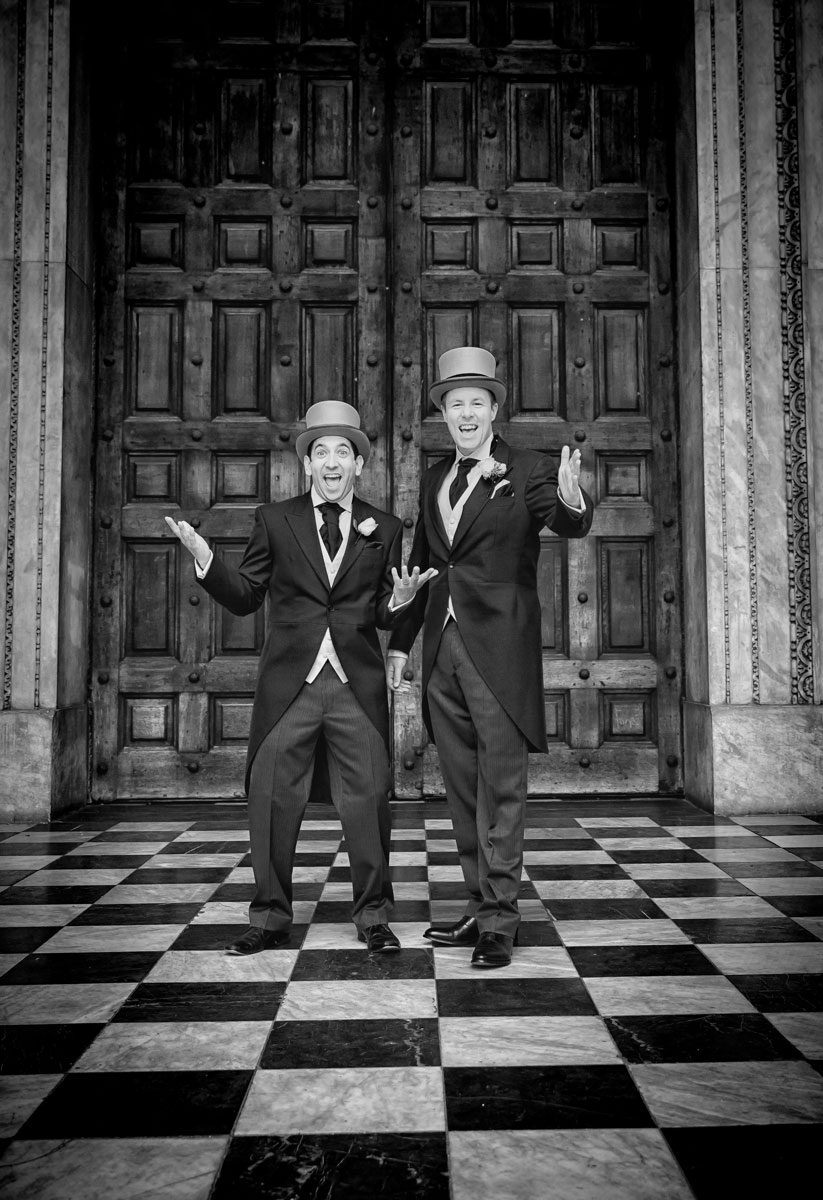 Now for a wedding there the business of tourism doesn’t stop, how could it, so there are certain restrictions we had to work under, one minute only under the dome, no flash photography and no capturing the actual ceremony itself. However we were excited by the challenge and certainly excited by the results! 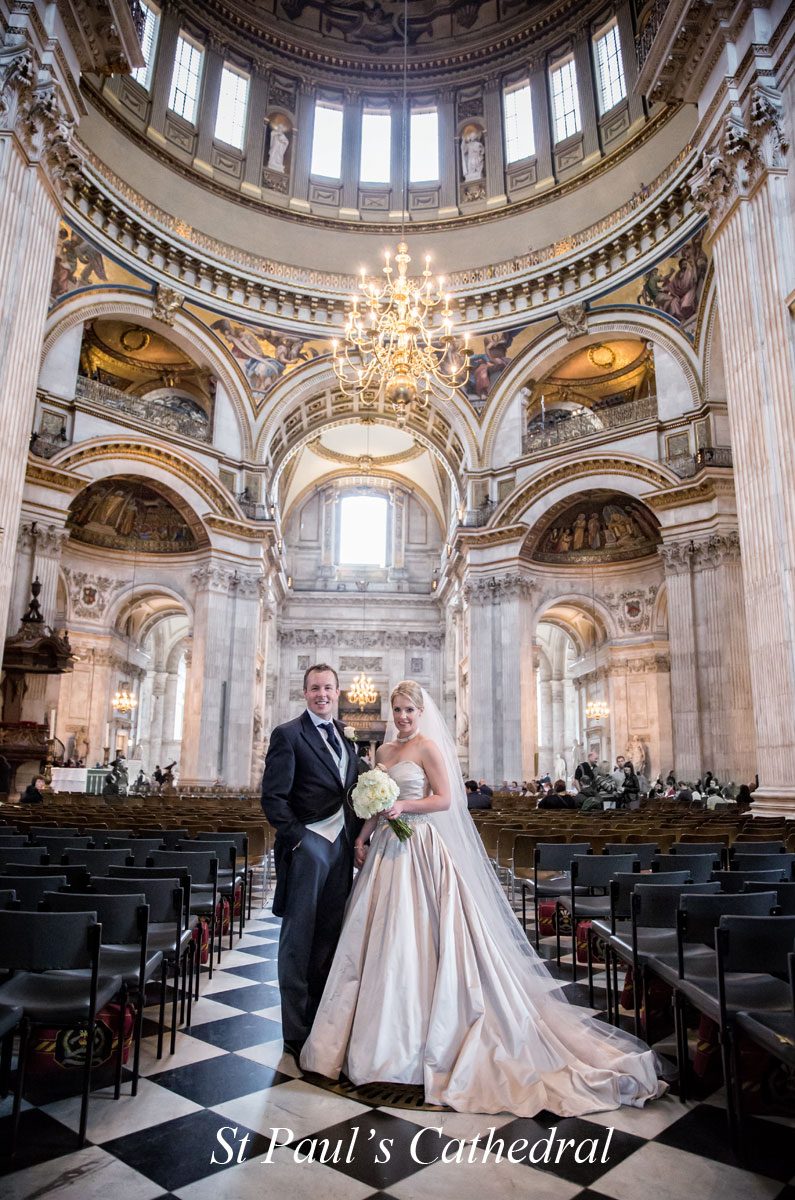 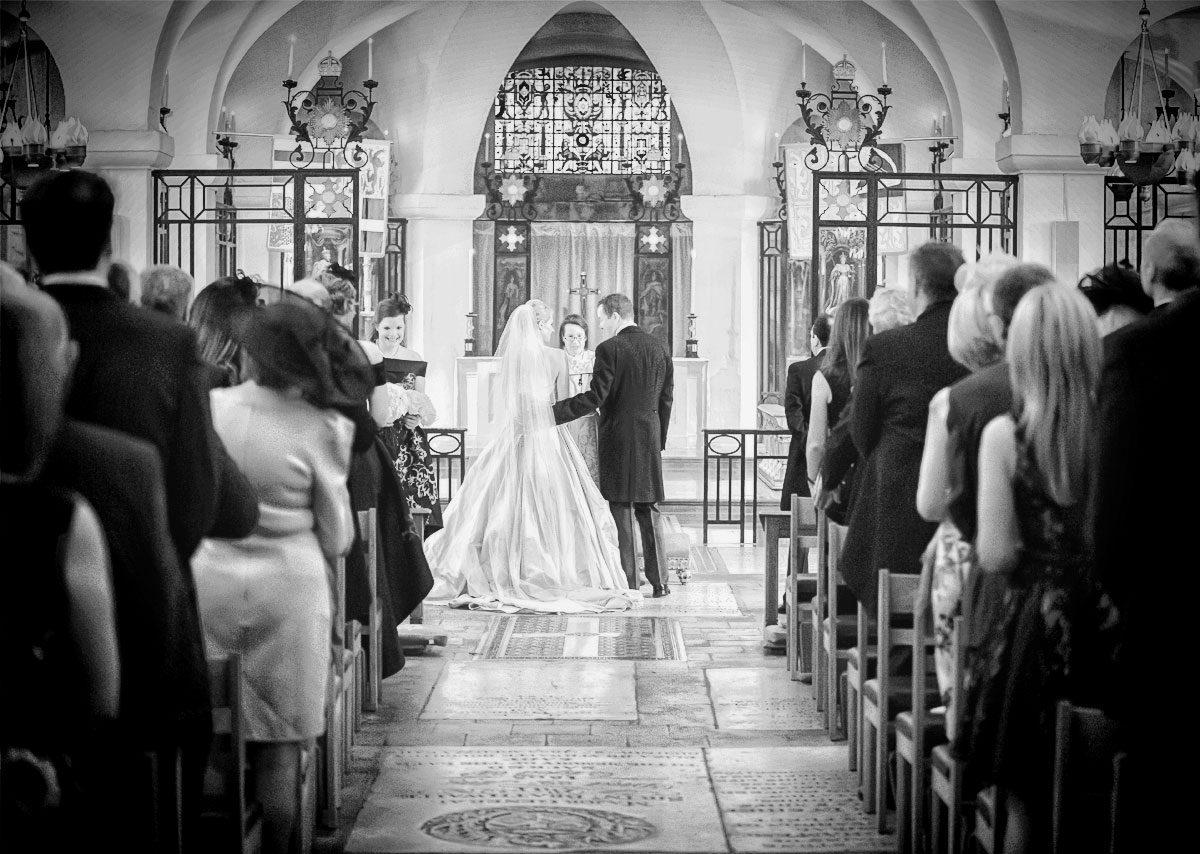 The day started with coverage of Jo and Mike’s preparations in The Grange St Paul’s Hotel. Joanna stayed with our bride to be while I ran between herself and Mike and his groomsmen, strangely enough gathering around the bar area…As I’ve said before I like a bit of extra exercise on a wedding day. 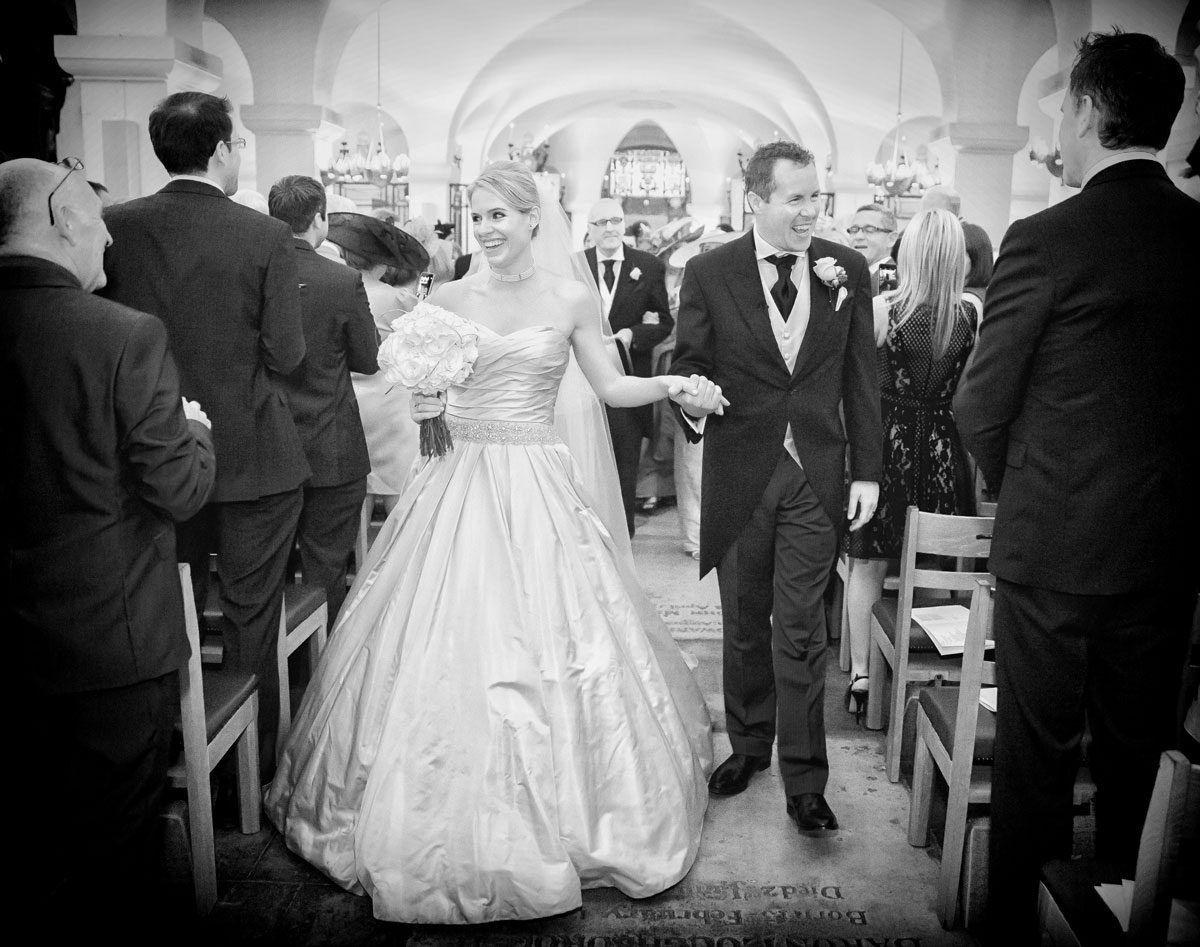 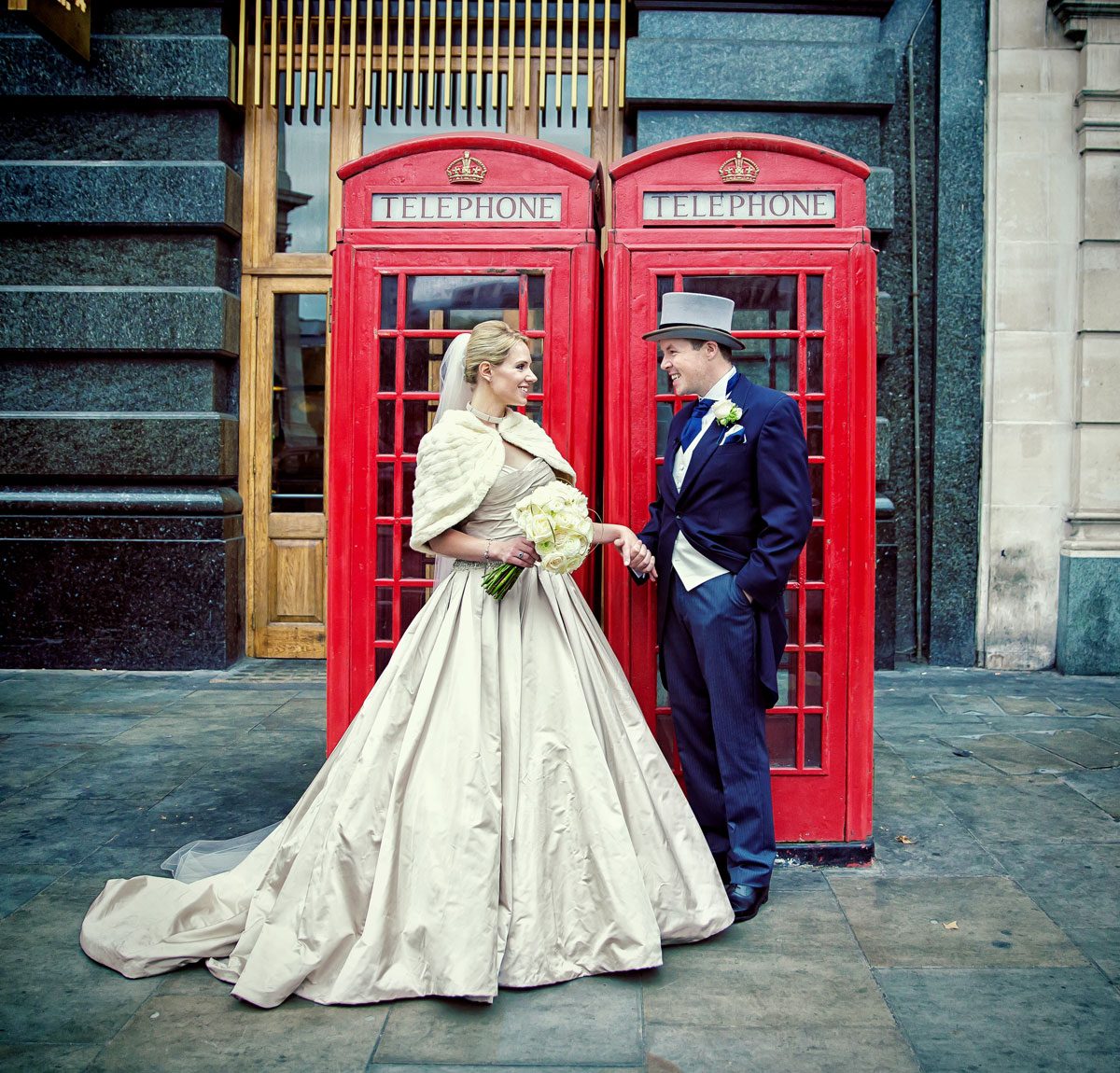 After a while Mike and the boys headed to St Pauls’ and the OBE Chapel which is where wedding ceremonies take place. Jo and her proud mother and father and bridesmaids walked the short distance from the Grange to the northwest entrance of St Paul’s. Not surprisingly they created quite a stir as they made their way to the ceremony. 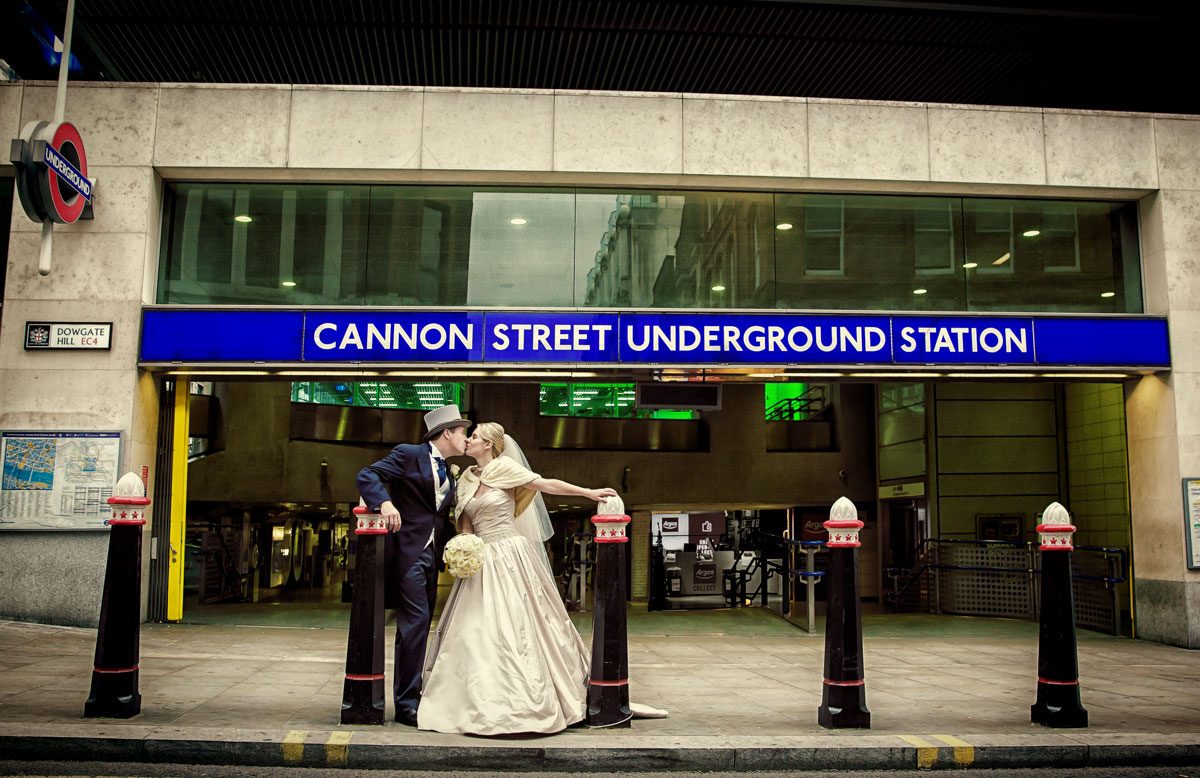 After signing the register and our one minute under the dome (!!!) we headed to the famous steps for some group and family photos. The new Mr and Mrs then spent a fifteen minute walk with myself and Joanna for some couple shots on their way to their fantastic reception venue Skinners Hall. 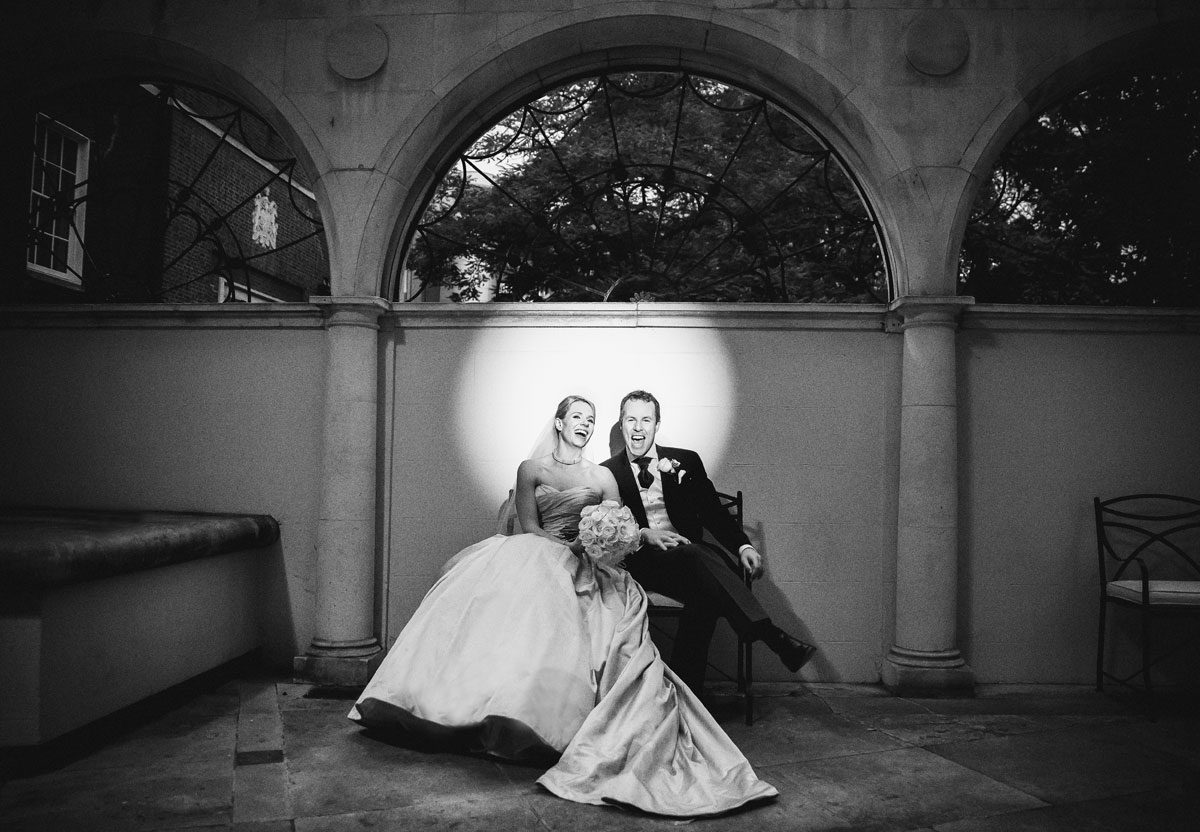 Skinners Hall on Dowgate Hill is an excellent and classy venue for either a wedding reception, ceremony or both! It dates from 1670 and is another fine building like St Paul’s built soon after the Great Fire of London. 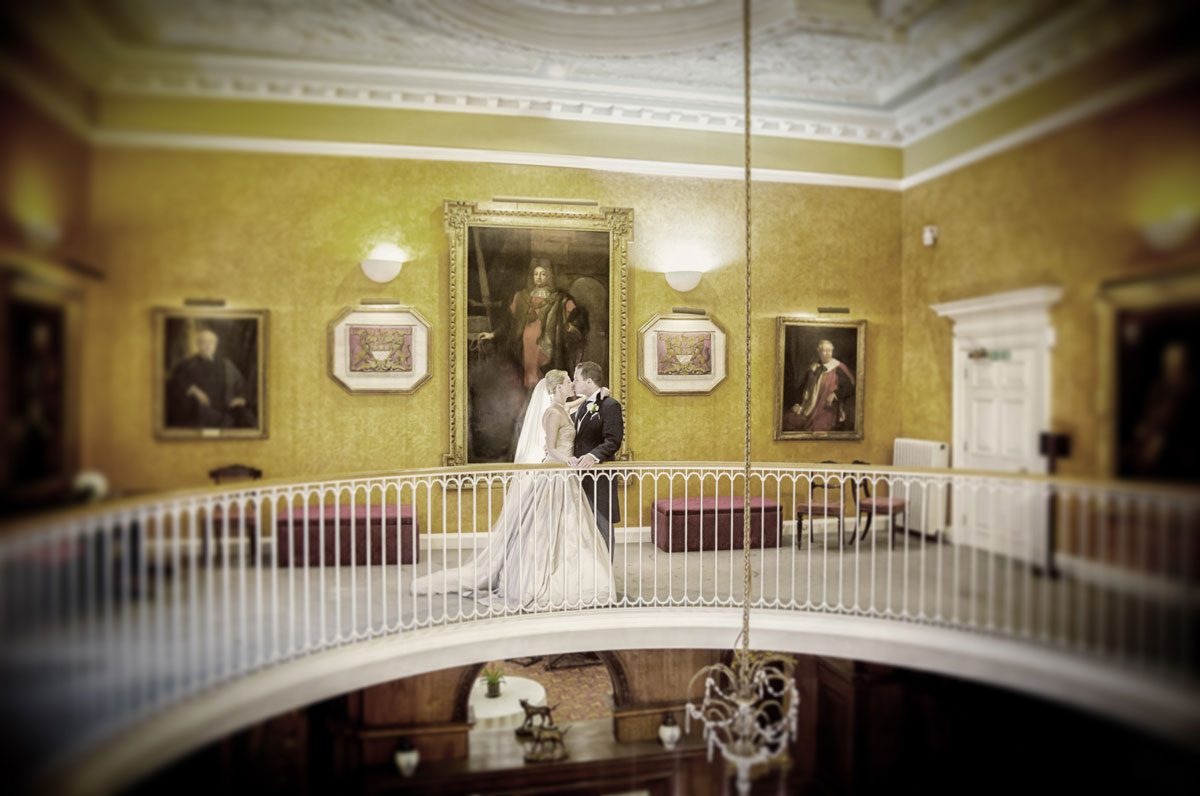 Jo and Mike choose well for their drinks reception on the Italianate roof terrace, and wedding breakfast in the magnificent banqueting hall. We had great fun taking shots in the short time we had between guests taking their seats for the evening meal and the newly weds making their grand entrance. We don’t always get a great deal of time but we make sure we make it count! 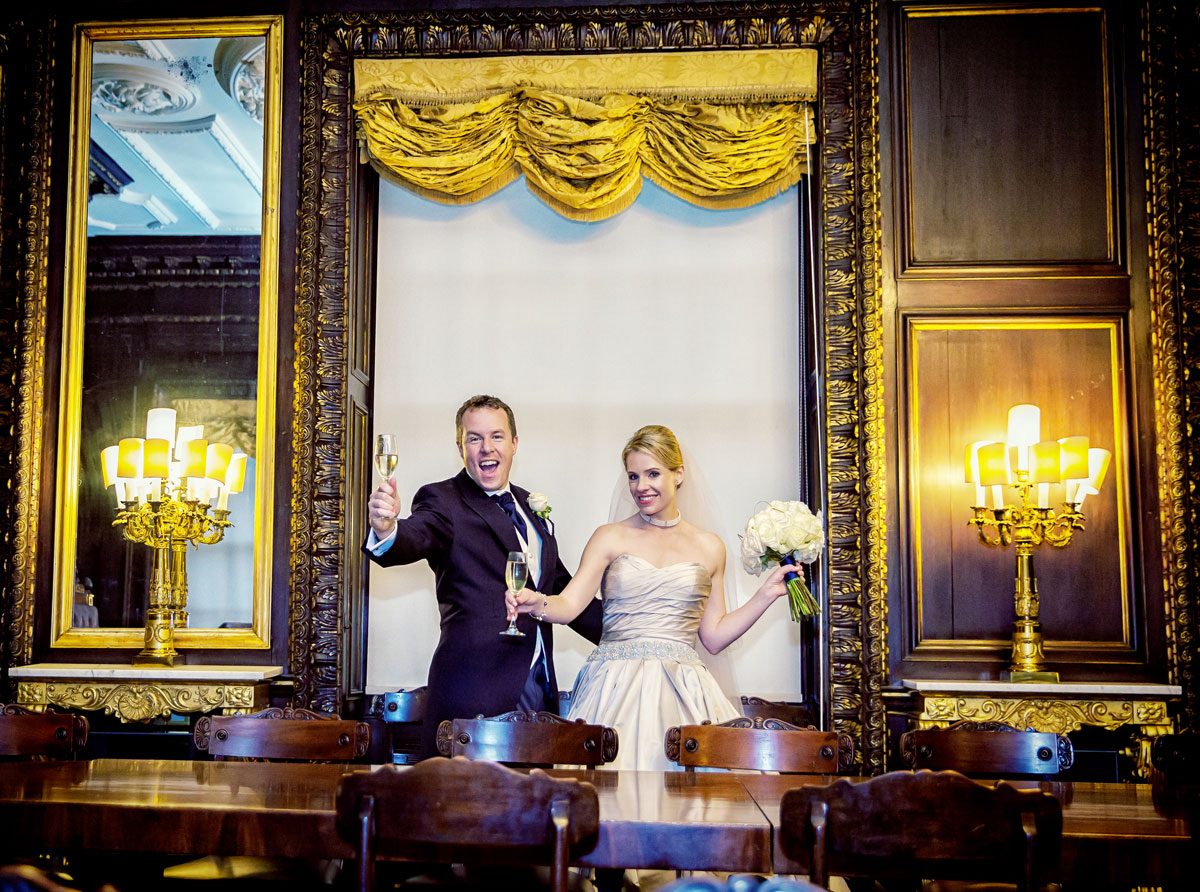 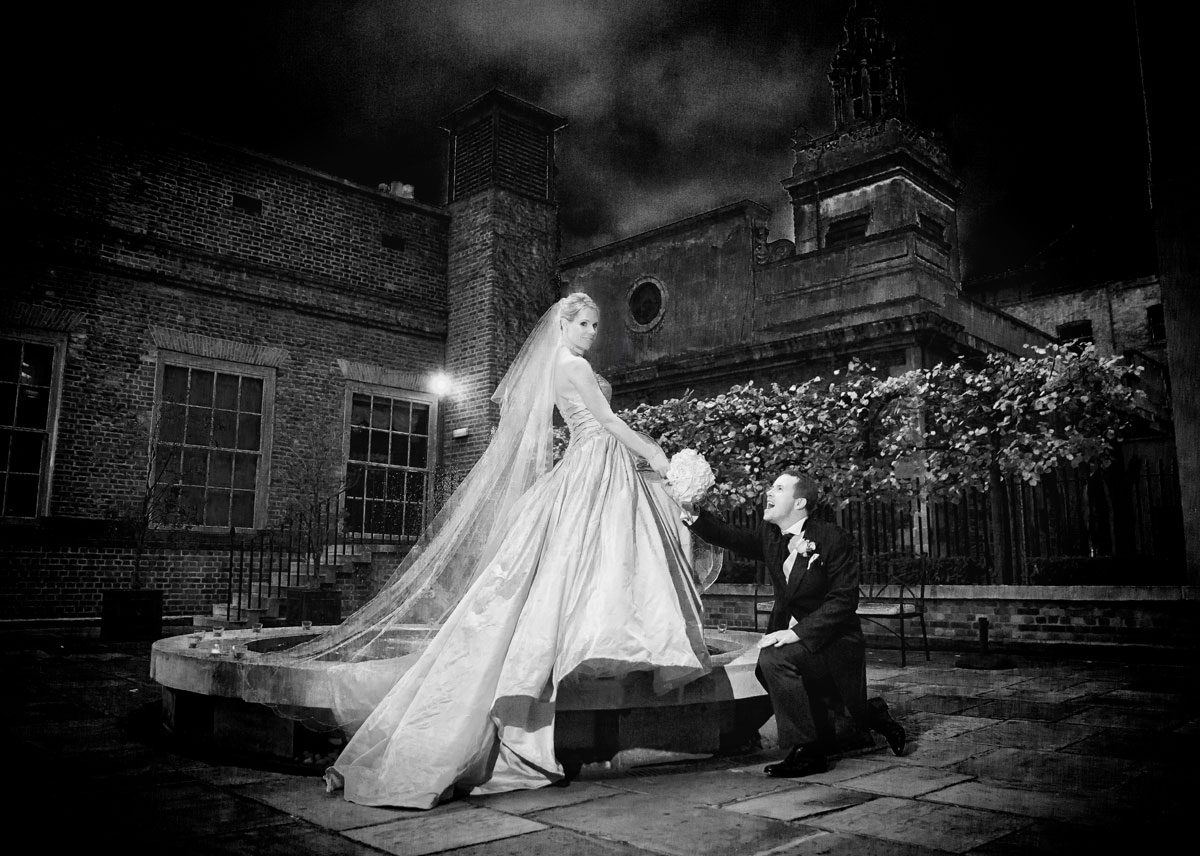 Great speeches featured after the wedding breakfast. I particularly enjoyed Mike’s funny naming and shaming of guests who were late with their RSVP’s from wedding invites, and these were then followed by the traditional cake cutting.  For their first dance the couple boogied a memorable routine accompanied by their live band for the evening. Then it was down to some serious partying. 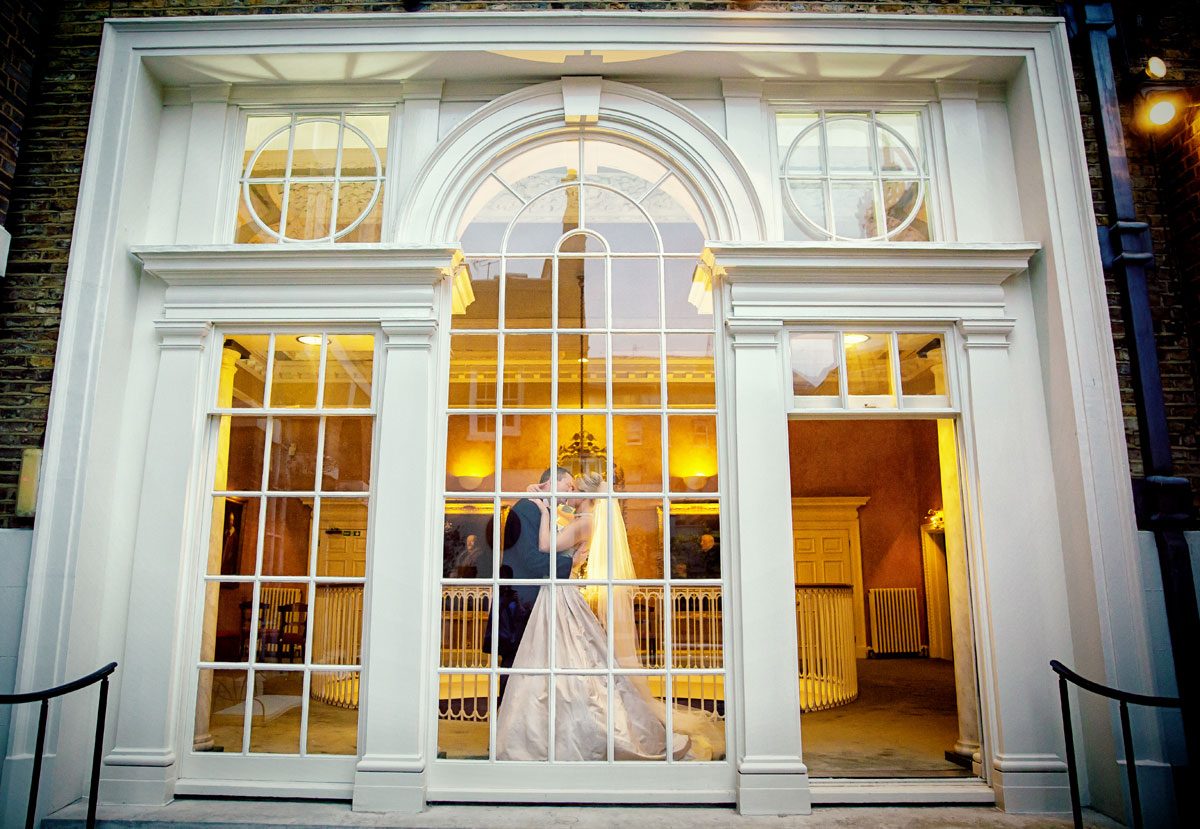 I have to say we thought the team at Skinners Hall were fantastic, and really made a great and smooth end to a brilliant day for a great couple and their friends and families. 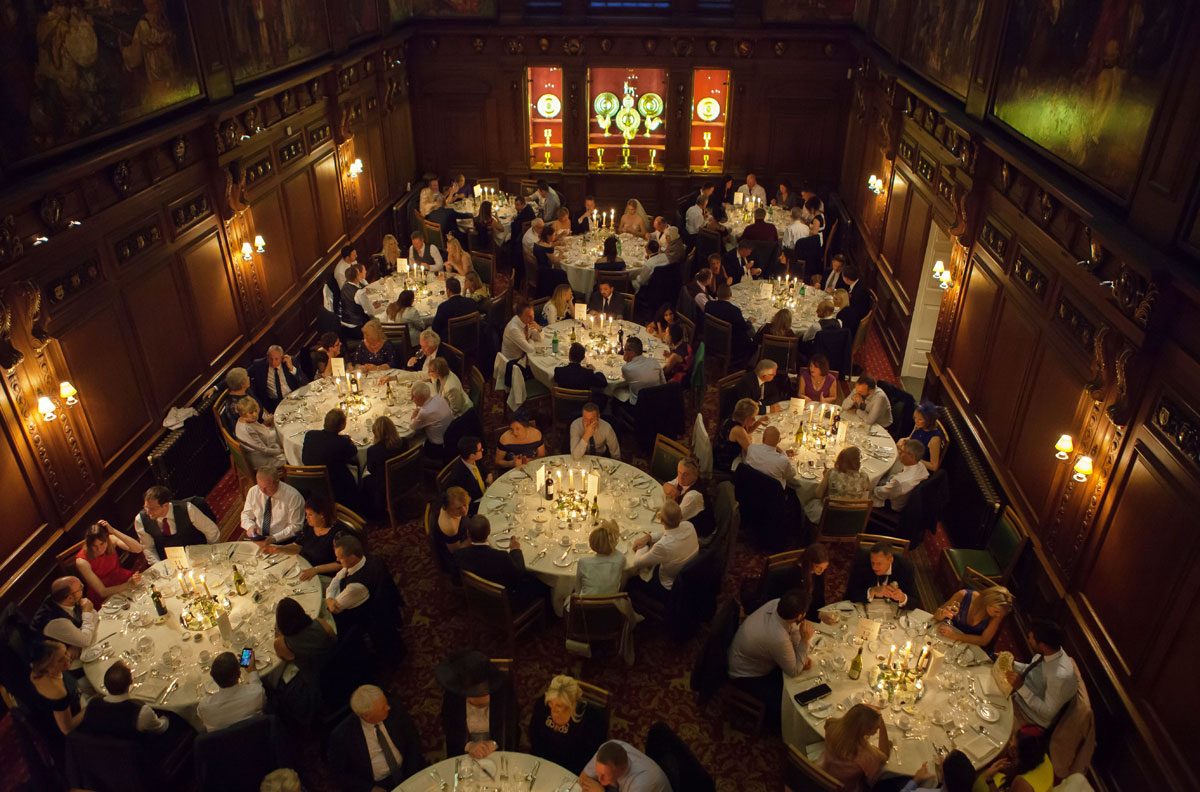 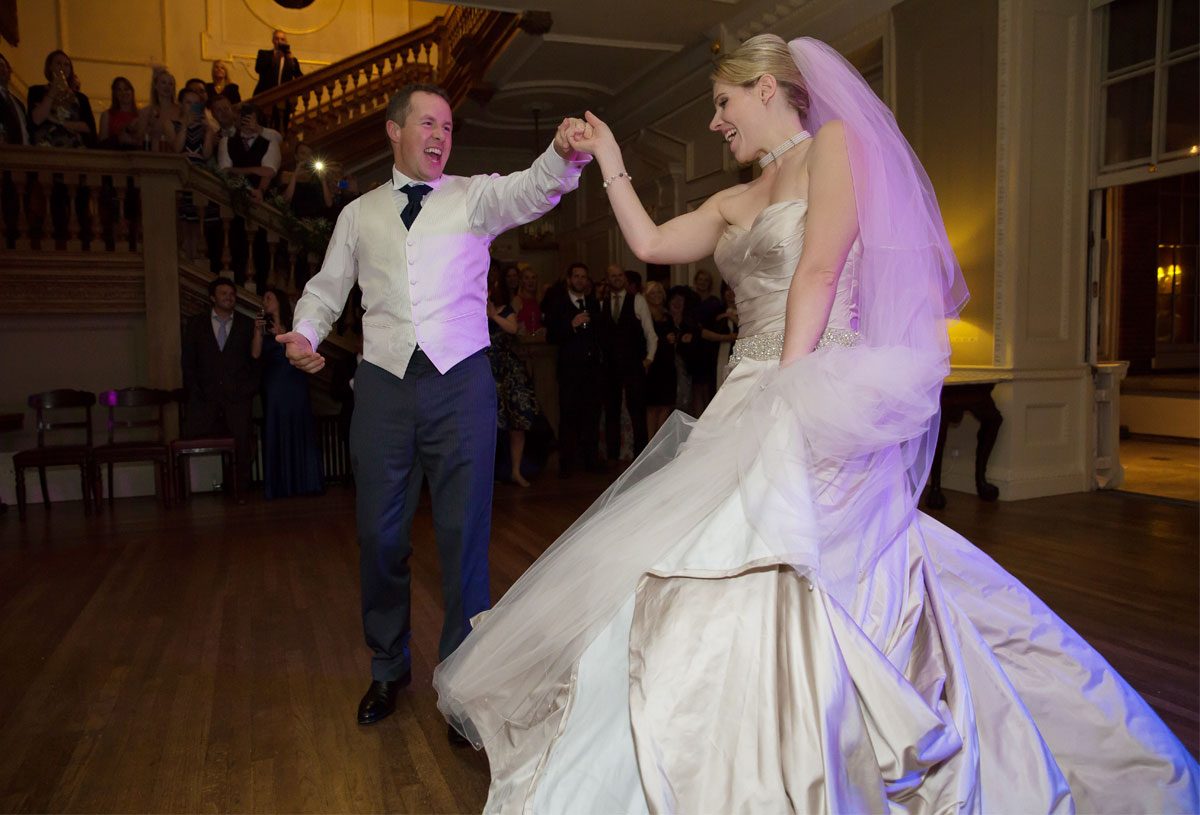 For more images around St Paul’s Cathedral take a look at this blog post from earlier in the year:

Alternatively check out one of our four galleries below: