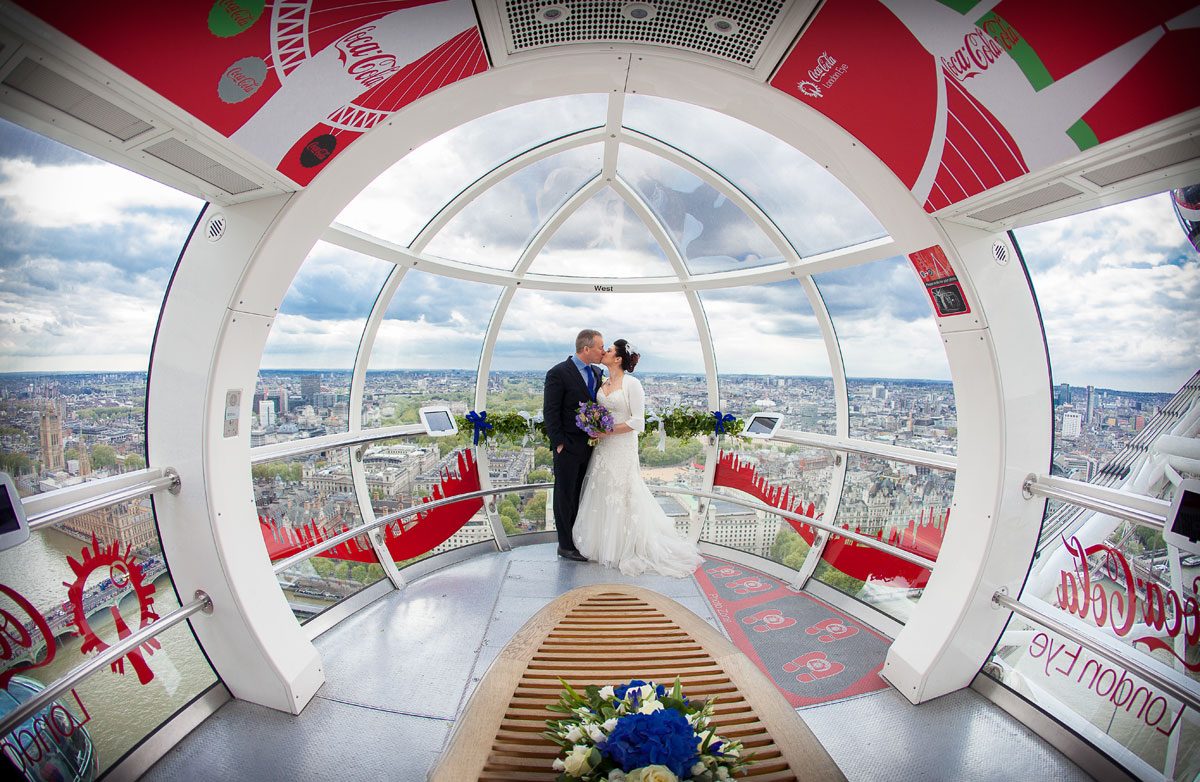 Some wedding days are destined to live long in the memory, and Tiffany and Ryan’s Coca Cola Official London Eye ceremony and Tower Bridge and West End wedding adventure is one of them. 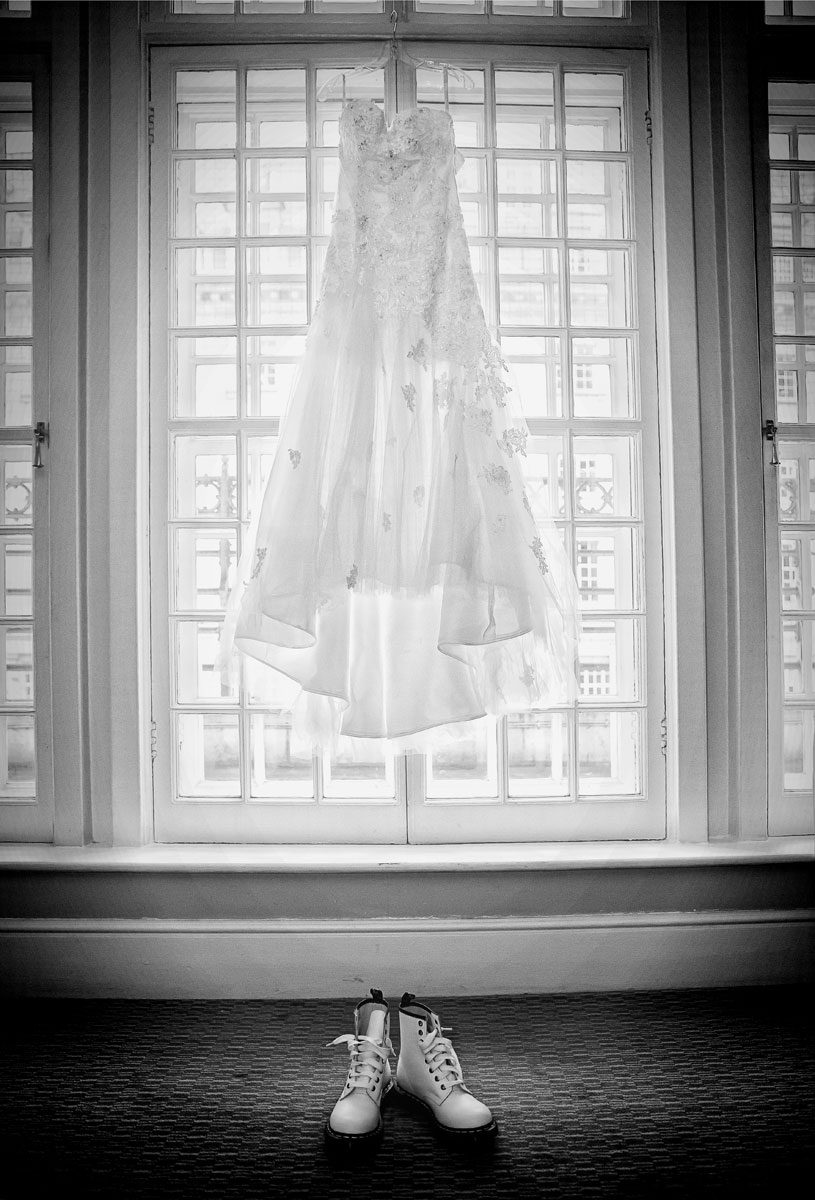 We first spoke to Tiffany via Skype as she and Ryan are residents of Toronto Canada but truly love London and try and get over as much as possible. After finding us as London Eye wedding photographers, and knowing we were Time Out Recommended, they wasted no time in getting in touch and sharing their exciting wedding ideas with us. 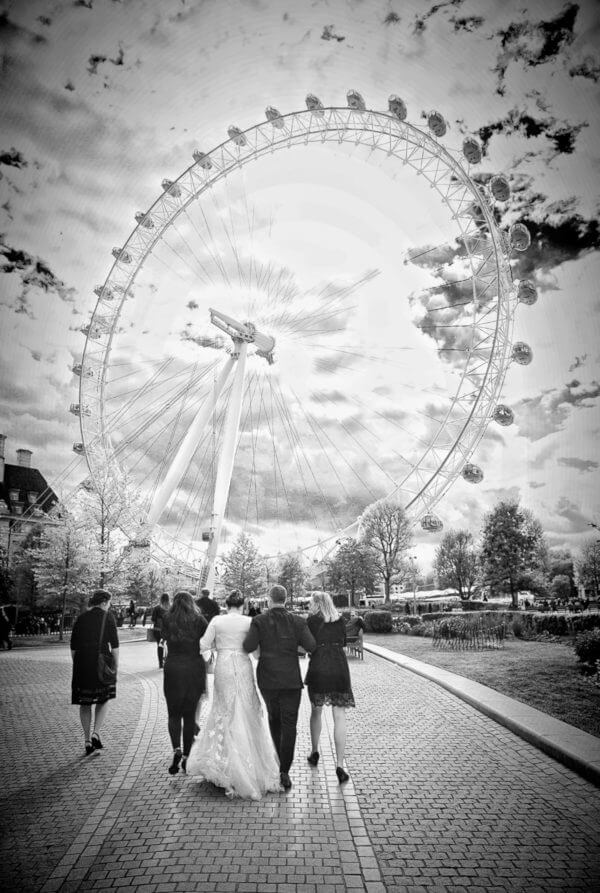 The day started for us capturing the couple’s wedding preparations which were taking place at the lovely and classy Le Méridien hotel in central London’s Piccadilly. A five star hotel built in 1908 it’s just a few short metres from the iconic Eros figure that along with places such as Tower Bridge, Big Ben and Buckingham Palace are timeless symbols of the capital. 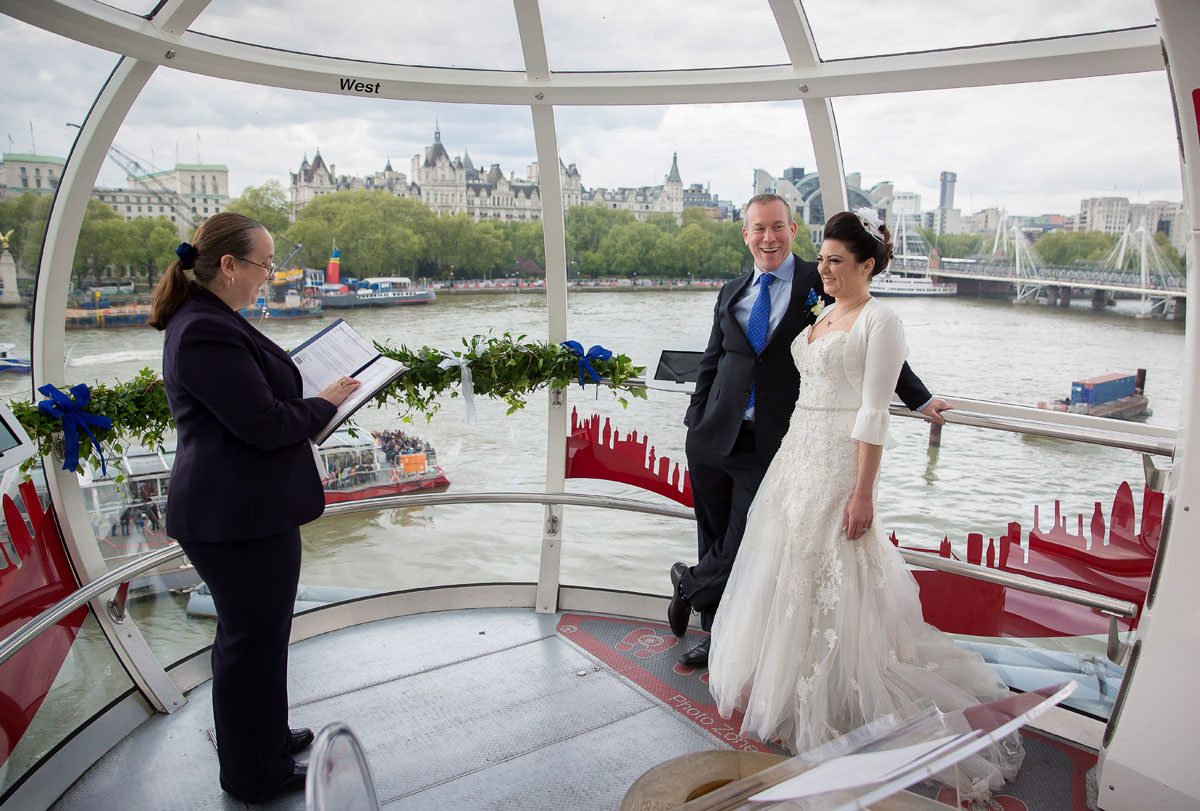 We particularly liked Tiffany’s white Doc Martin wedding boots which reflected her personal style and tastes in music and did look great with her wedding dress.  In fact we found we had lots in common in the music department with the couple. 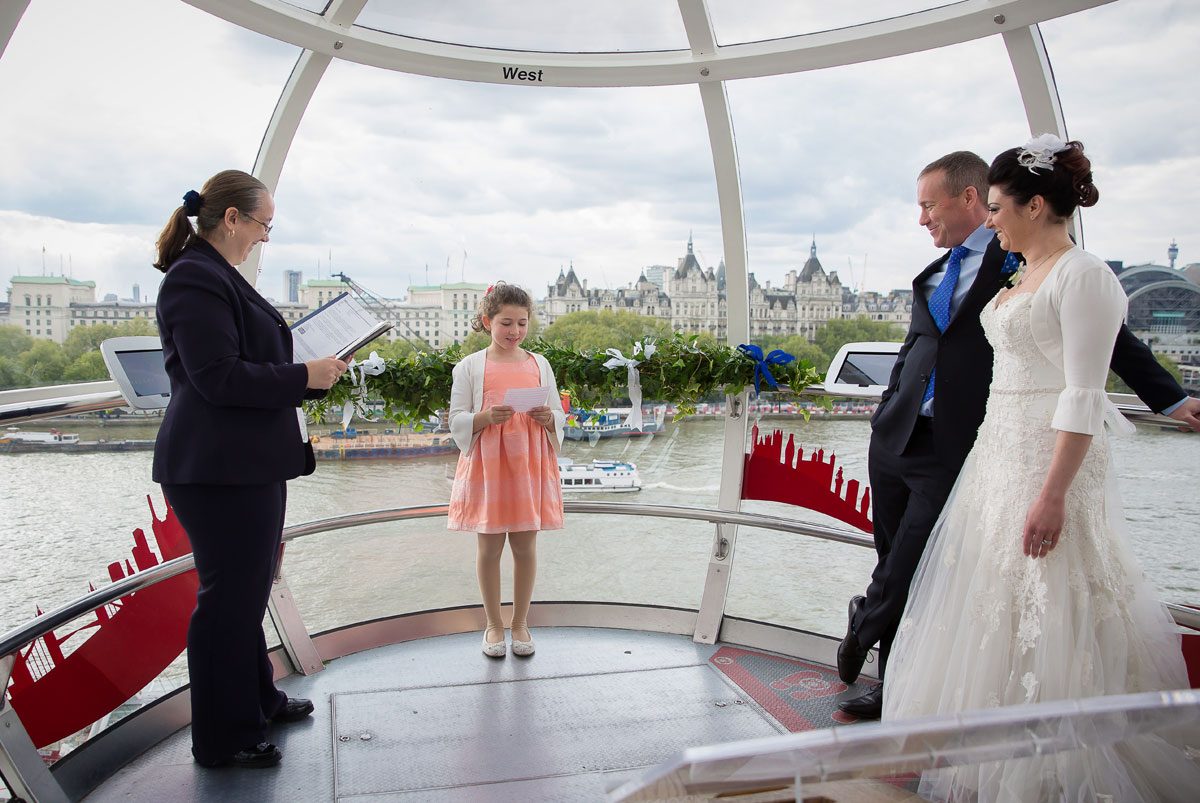 It was a small intimate wedding party of just eight people, all Canadian and all super friendly. When everyone was ready we all boarded a huge white wedding stretch limousine waiting outside Le Méridien for us. 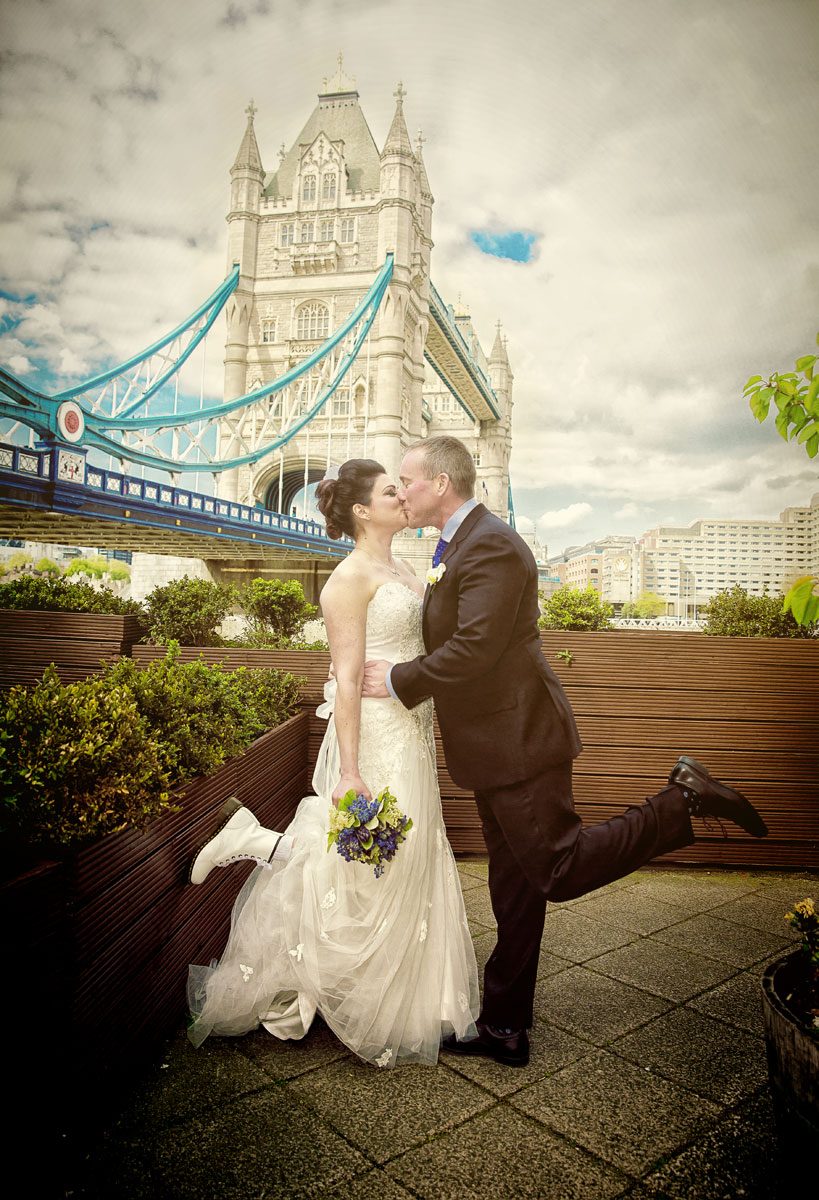 We had quite a bit of time allocated for photos before heading to the London Eye, so we set off towards Tower Bridge and Butlers Wharf. However London traffic being what it can be at the weekends, or for that matter anytime, we were left with just twenty minutes when we finally arrived! 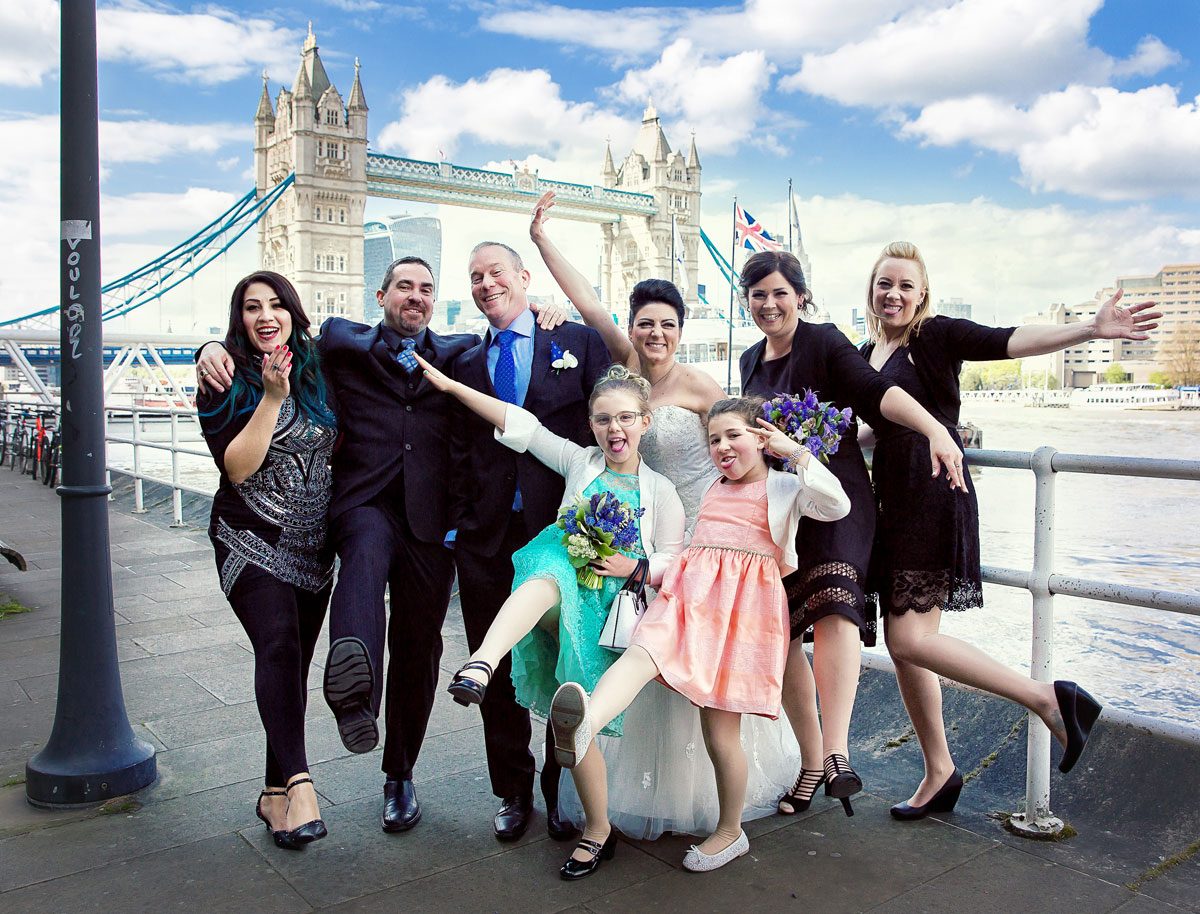 No matter though because we are used to working in tight schedules and had plenty of fun getting a good mix of classic and quirky. I think the fact that the wedding party had extra champagne drinking time in the limo probably helped loosen everyone up too. 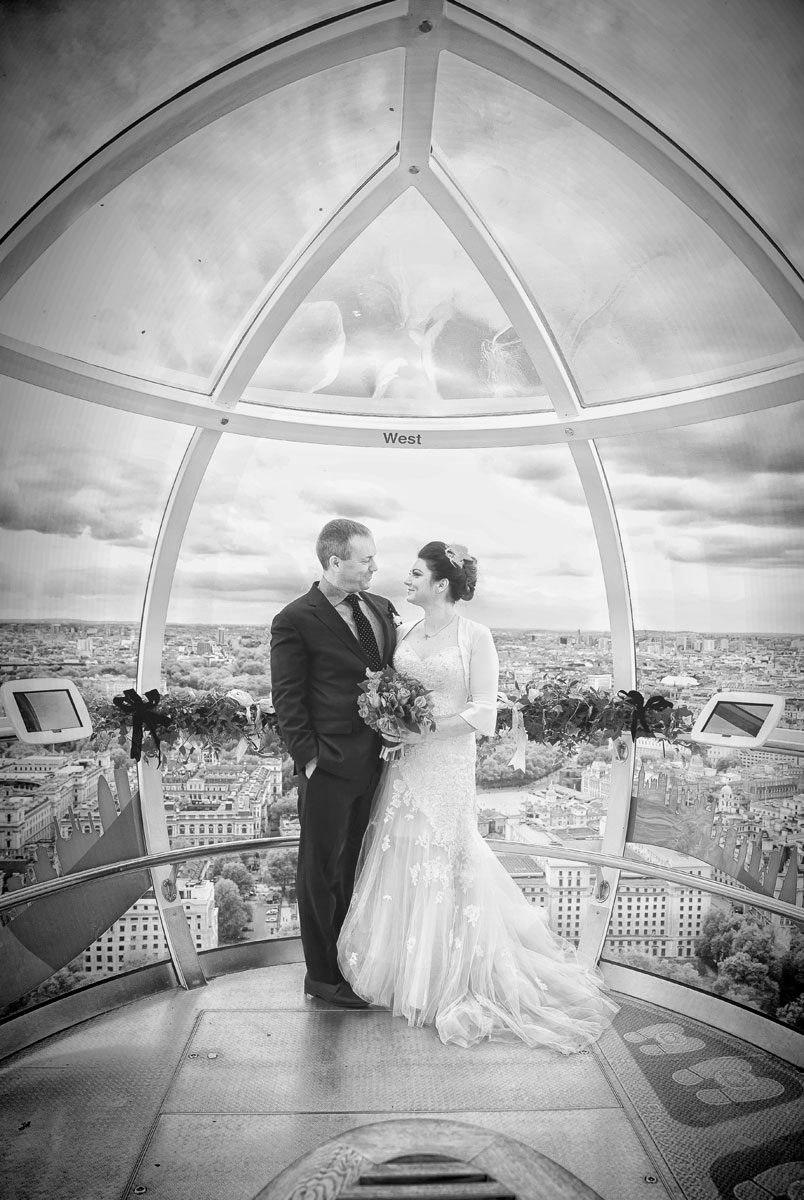 Not that anyone needed loosening up, in fact the naturally friendly nature of the wedding couple and their friends meant that wherever we went people wanted to join in for photos, selfies and even two like minded tourists were invited to the ceremony itself. I’ve never seen that before! 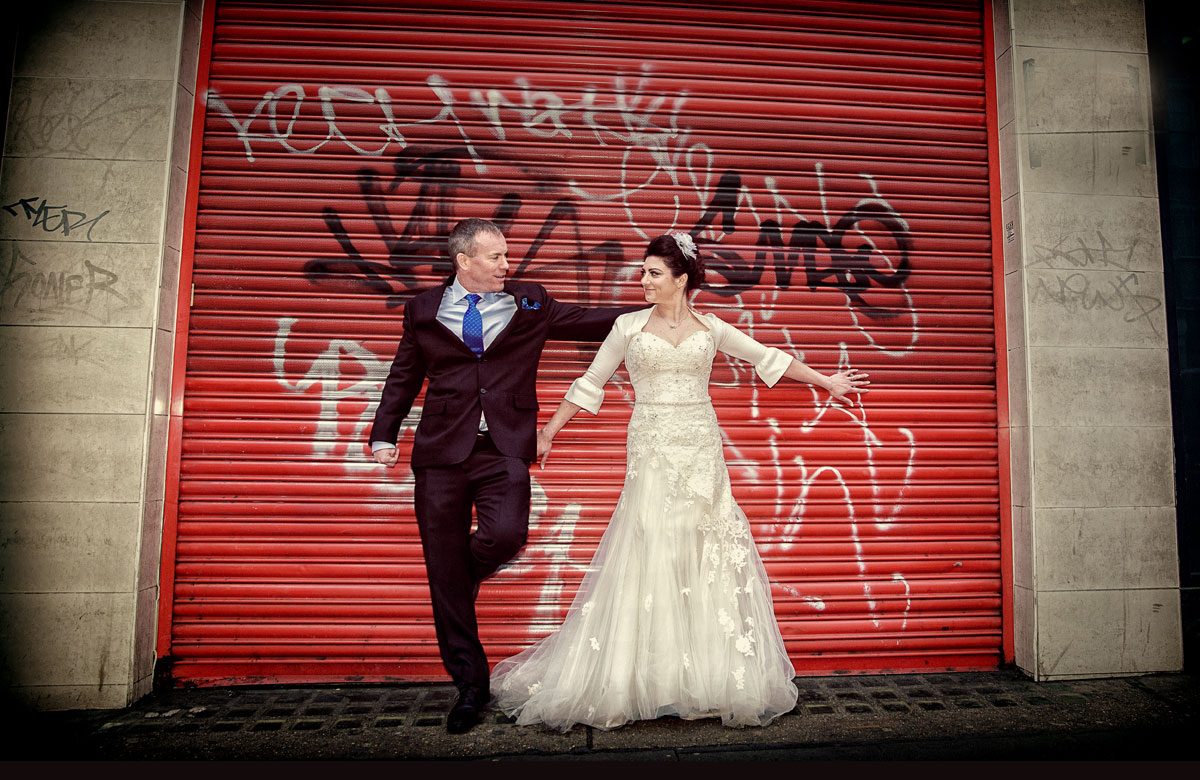 At the Coca Cola London Eye the couple were looked after in the VIP lounge before being fast tracked onto their flower decorated personal wedding pod. For the first half hour rotation they had their ceremony with dedications and signings. For the second half we did some photos and drank more champagne….well we only had a little, ever the professionals, maybe… 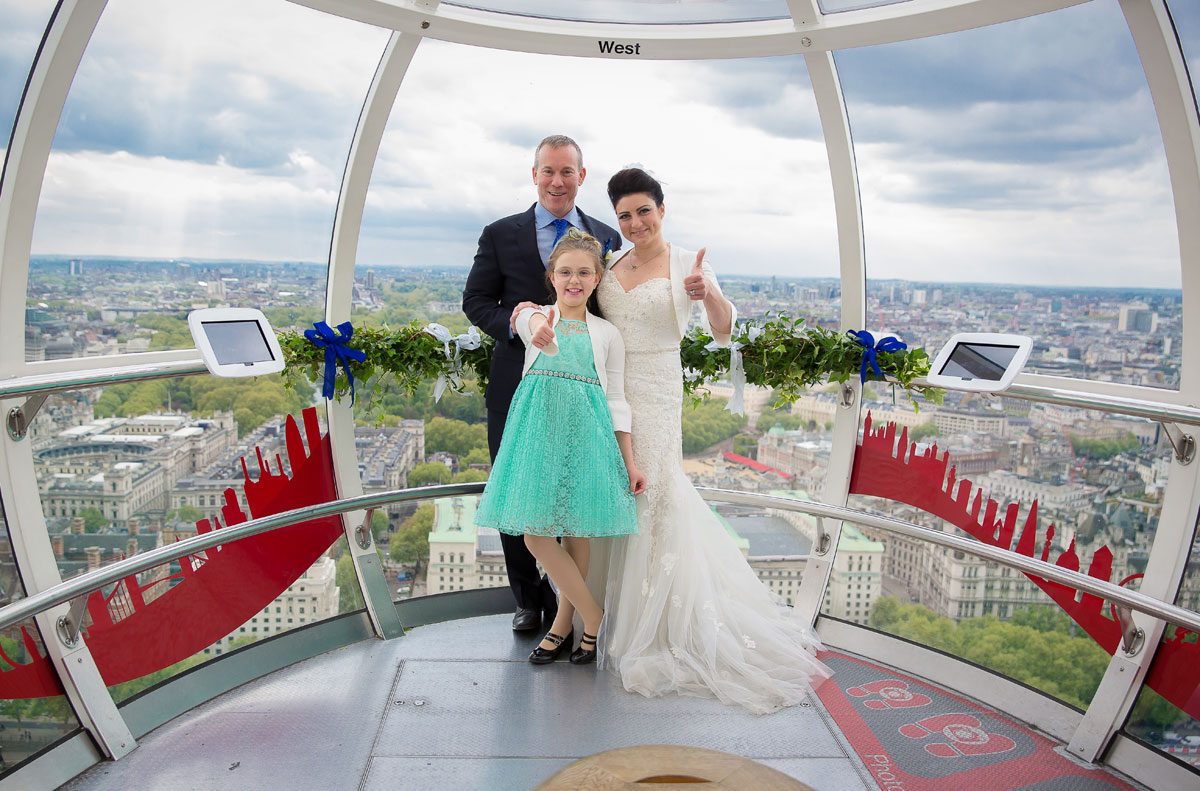 After that it was back to the stretch limo and our ever patient driver Jo, and zoomed off to the West End and Charring Cross Road to head to The Crow Bar.  This rocky themed venue is a favourite watering hole for Ryan that he wanted to drop in to as part of the celebrations of the couples special day. 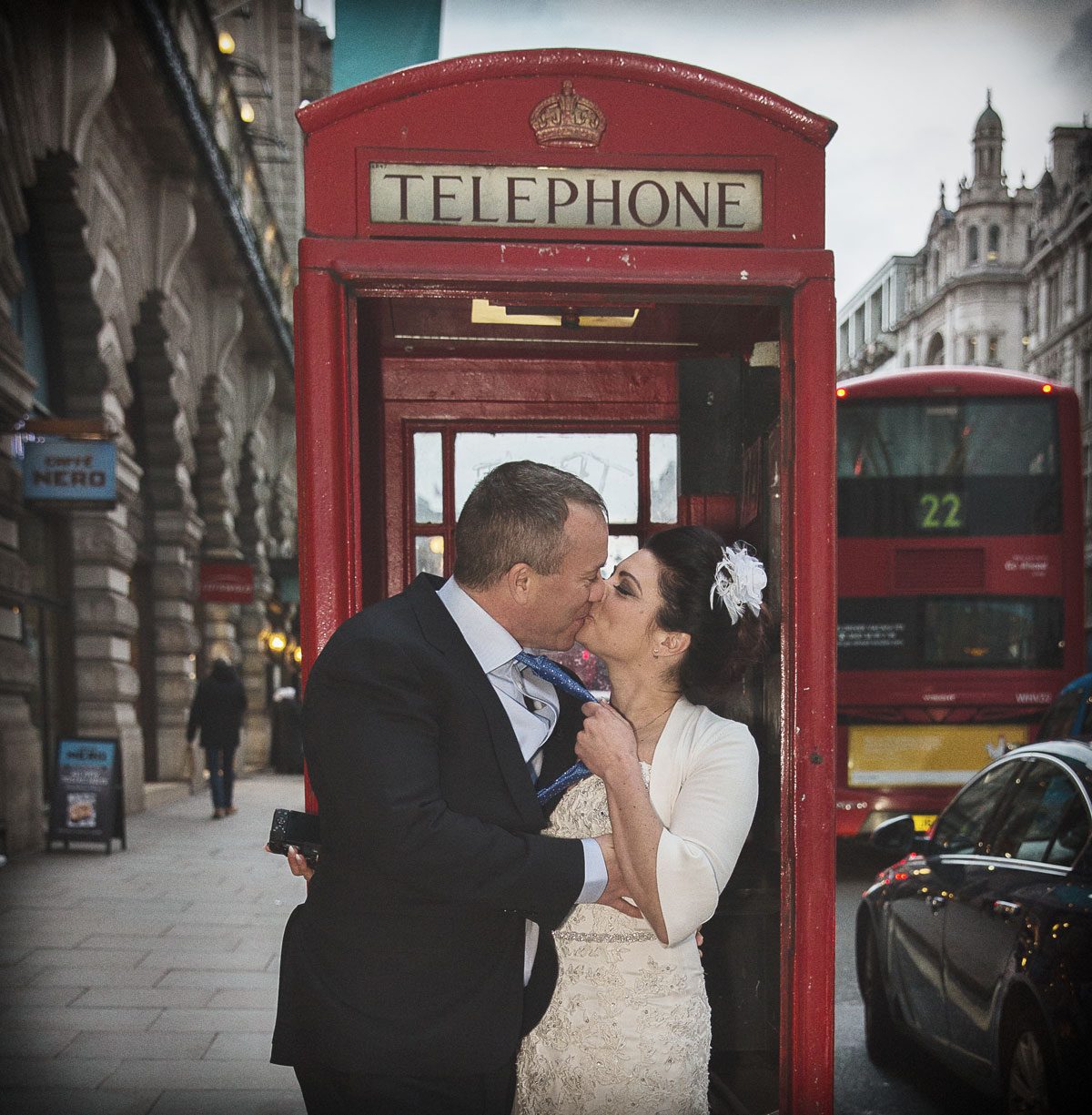 From there it was time for the reception and final meal at the Gaucho Piccadilly. 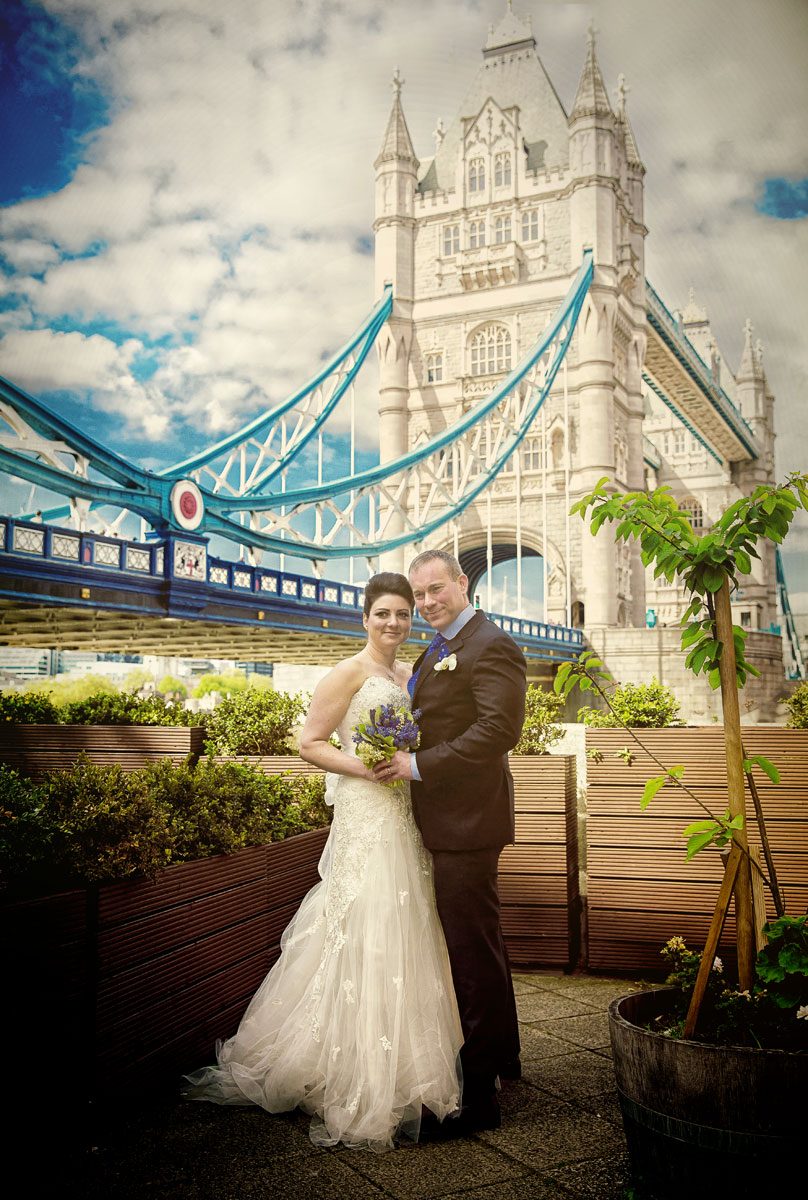 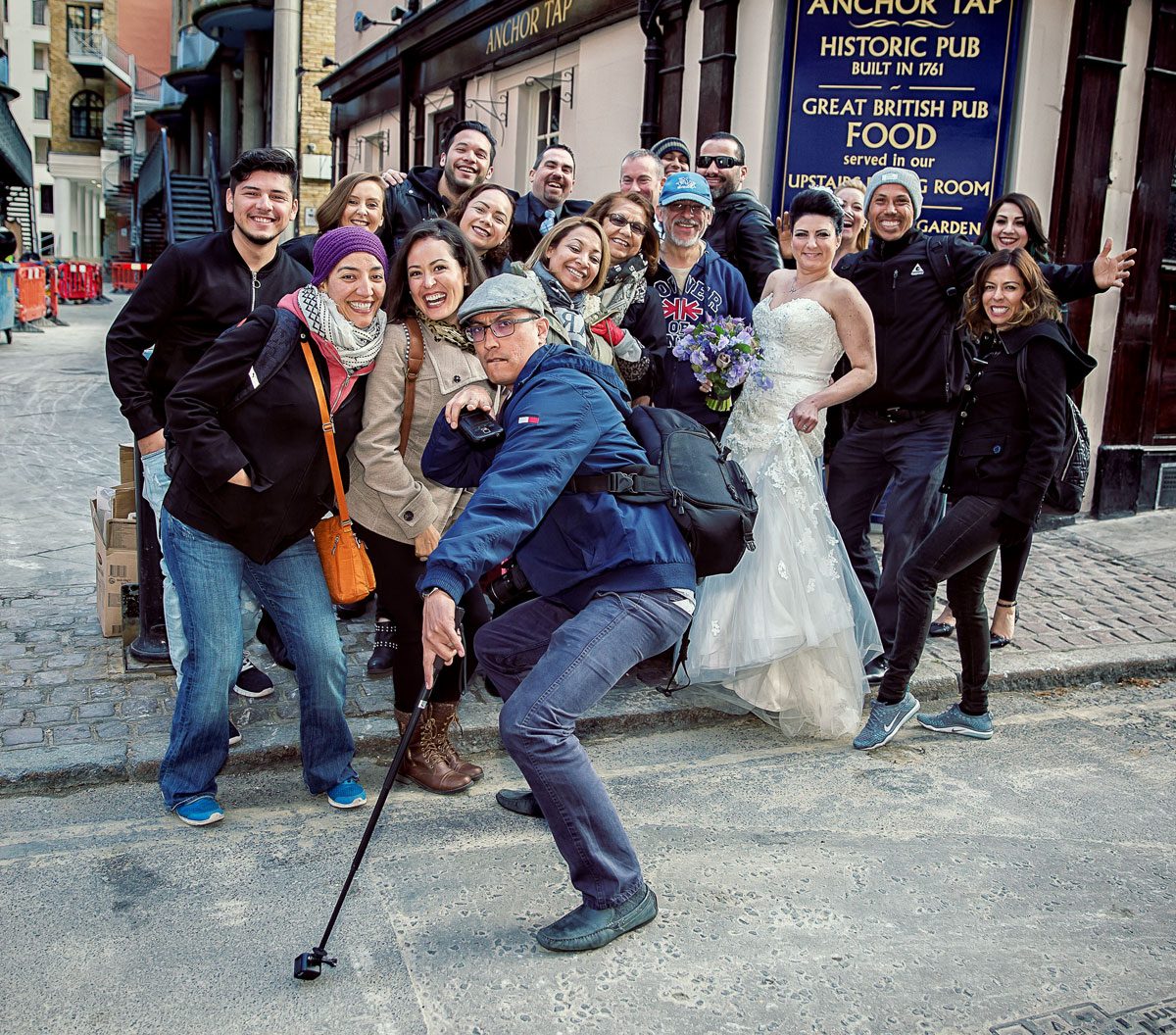 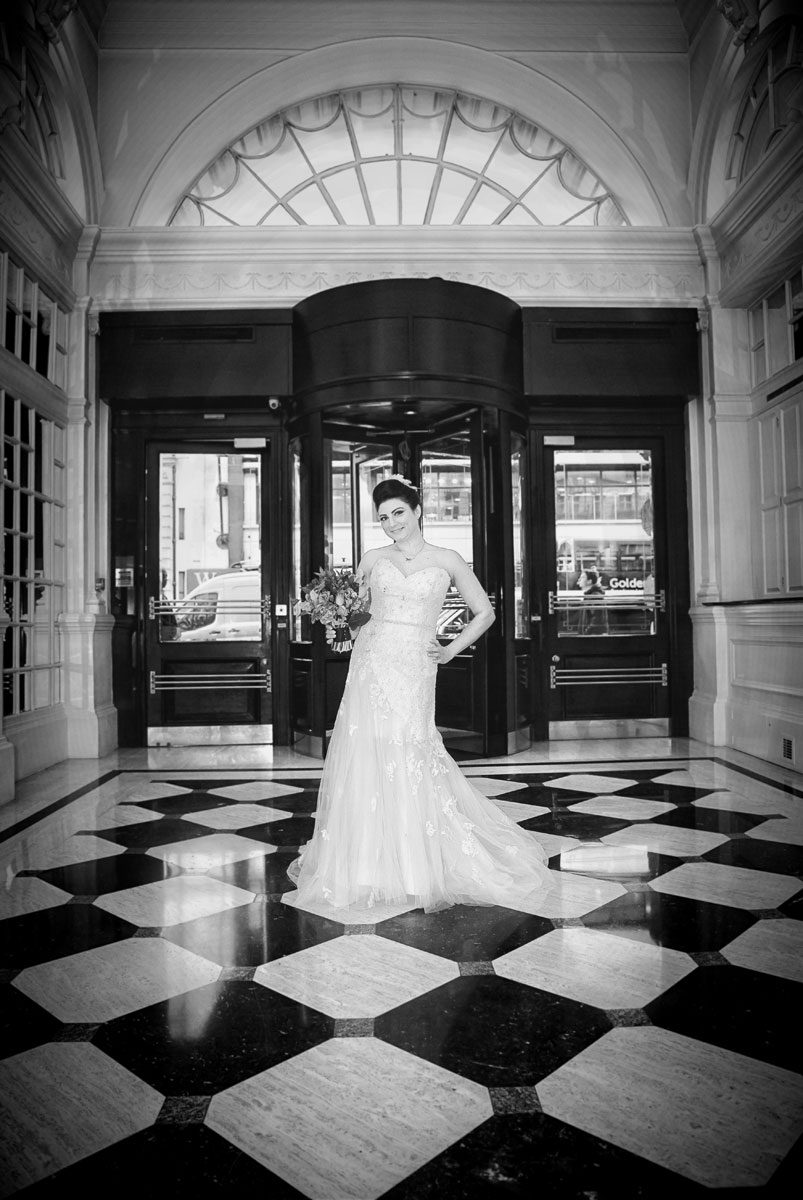