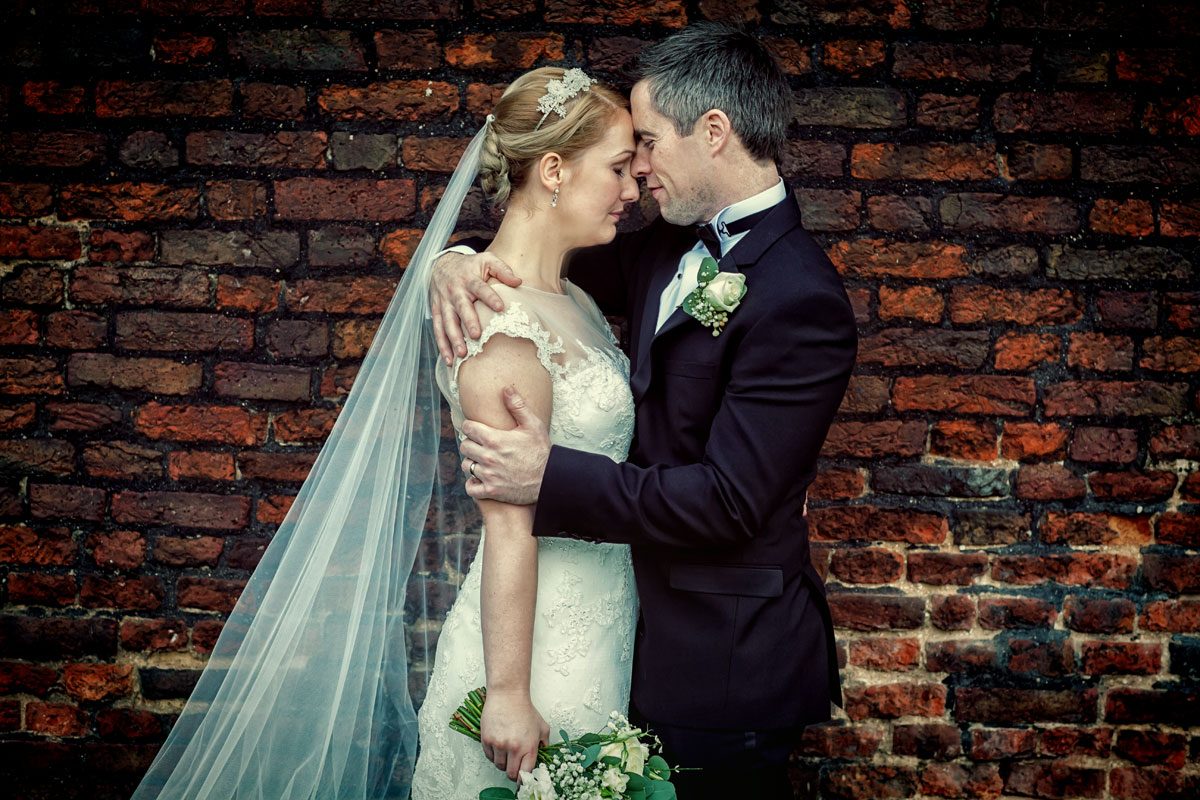 Ashley and Paul were another of those prospective wedding couples who we knew from the very first emails and phone calls that we had a good rappour with. This was confirmed by our first meeting and subsequent engagement shoot, where we all got to know each other better, and had a chance to plan for the big day as Hampton Court House wedding photographers. 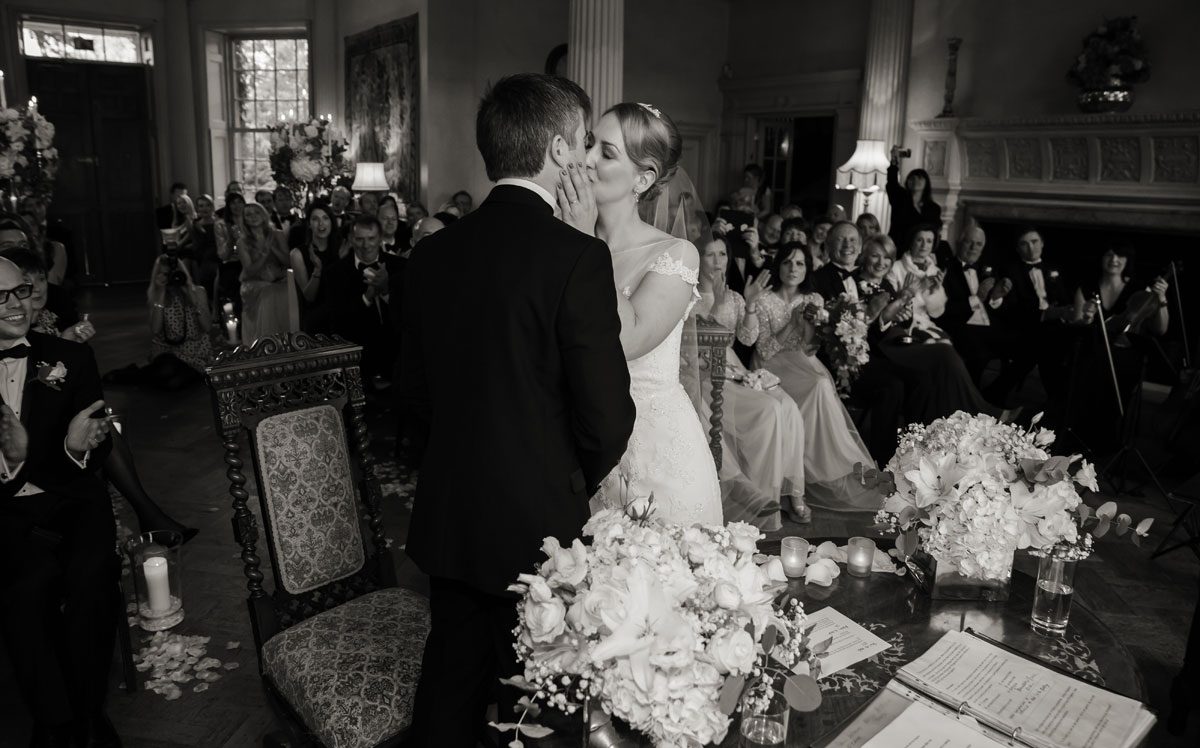 The morning began with Ashley’s bridal prep at the Carlton Mitre hotel Hampton Court. Nicely this was a short skip and a jump from Hampton Court House the venue for the wedding ceremony and reception, and just across the road from Henry the eight’s famous palace. I used this fact a as personal workout as I started with Ashley and her bridesmaids, parents and make ups artists and then jogged to the reception venue to capture some moments with Paul and his groomsmen and guests arriving. I then jogged back for a little more of the bridal party and some final shots before the wedding car spirited Ashley away. Joanna inherently smarter than myself just drove straight to Hampton Court and captured shots of the venue and all the action I would miss. That’s one of the benefits of having two London wedding photographers! 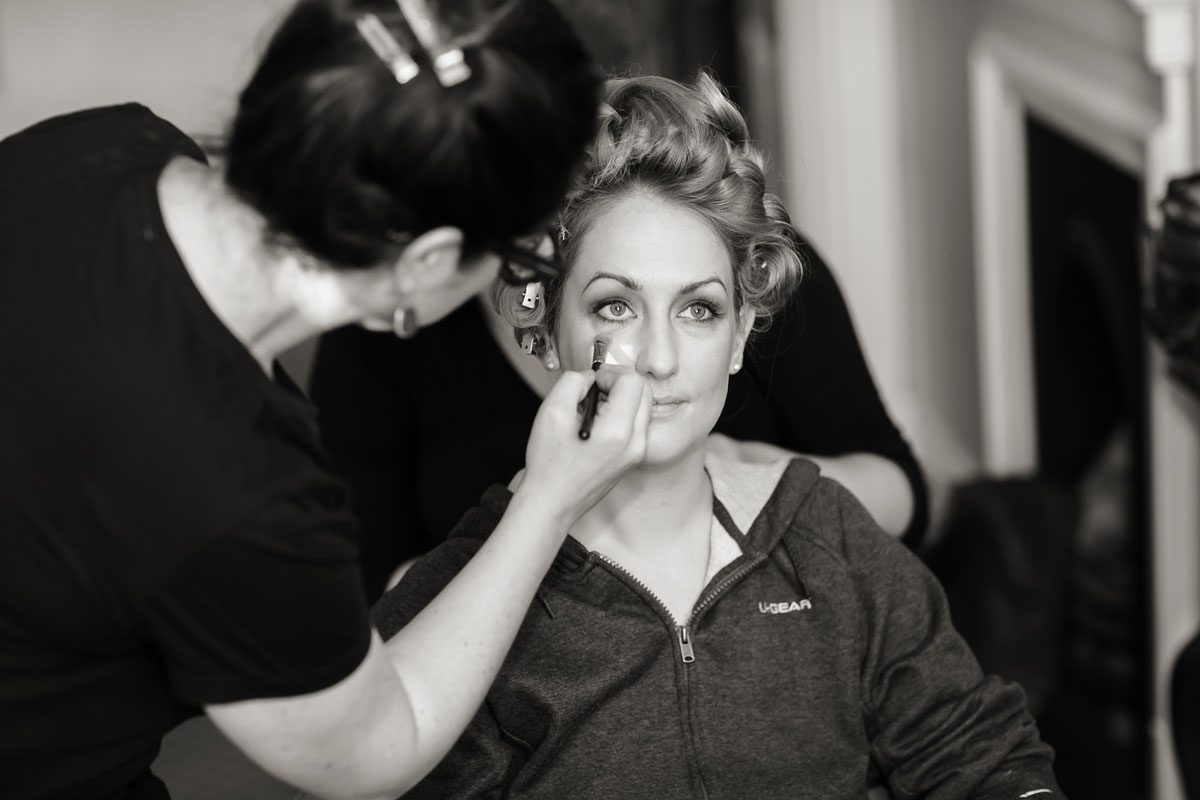 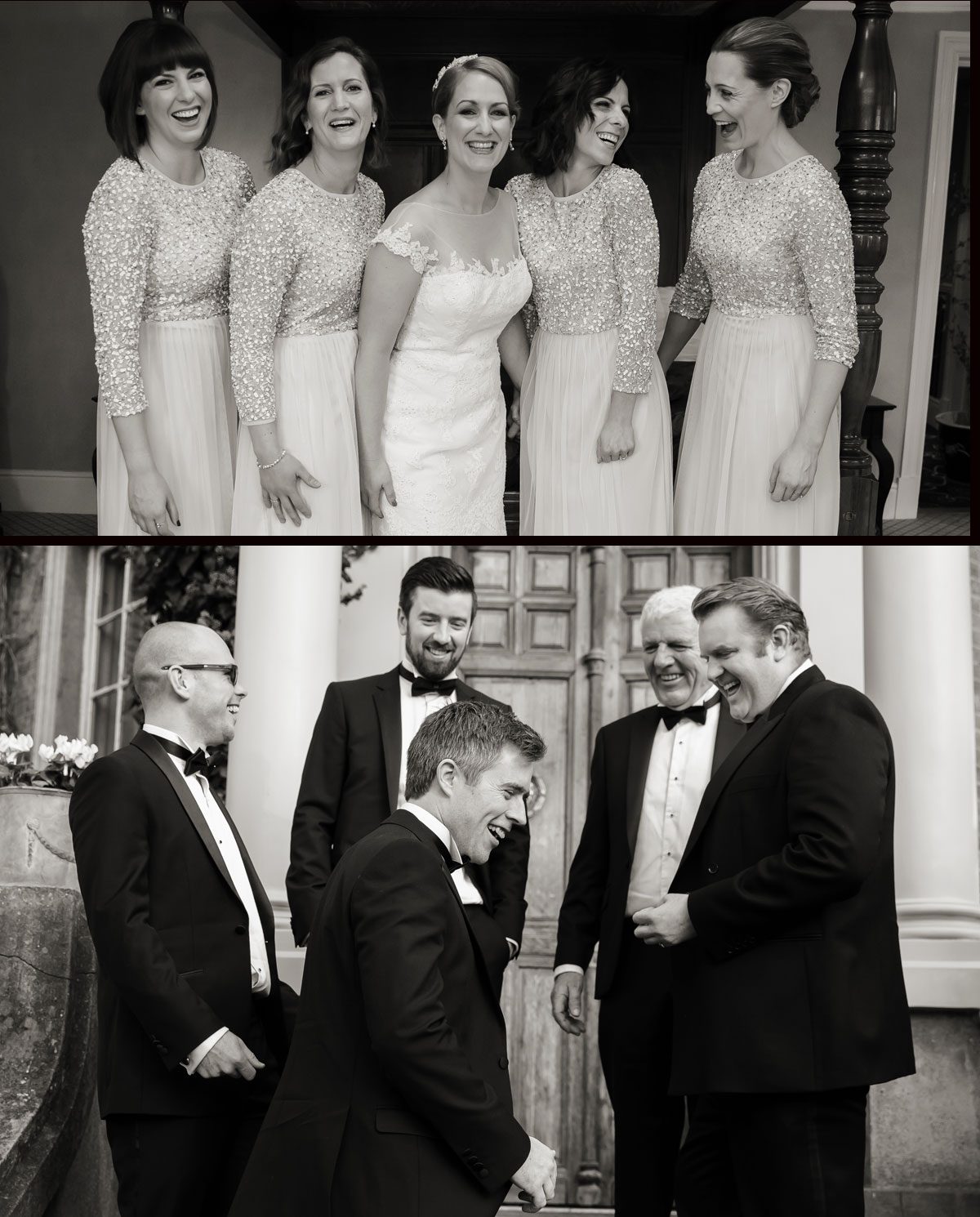 We think Ashley and Paul made a great choice with Hampton Court House, the team there are so friendly and efficient and perfectly complement the inherent quality of the venue. Built in 1757 this is one of England’s finest Georgian Mansions of its type and backs directly on to Bushy Park. It has had a few famous owners but the one that stuck out to us as tea lovers were the Twinings family. 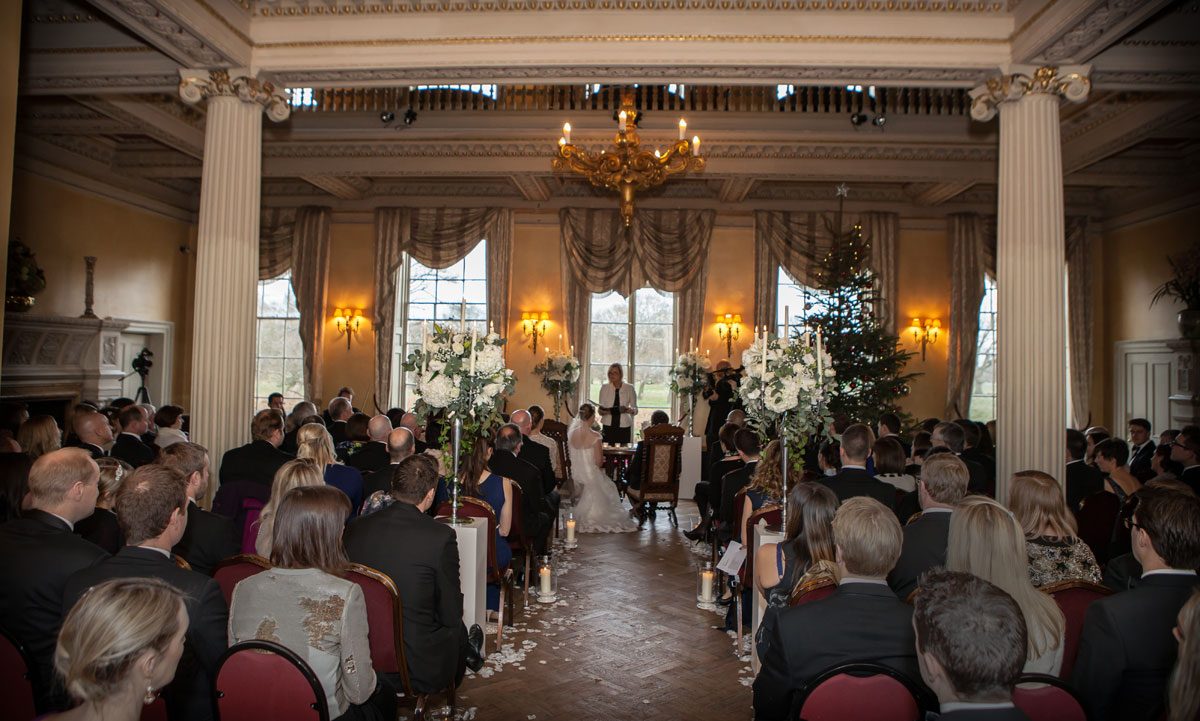 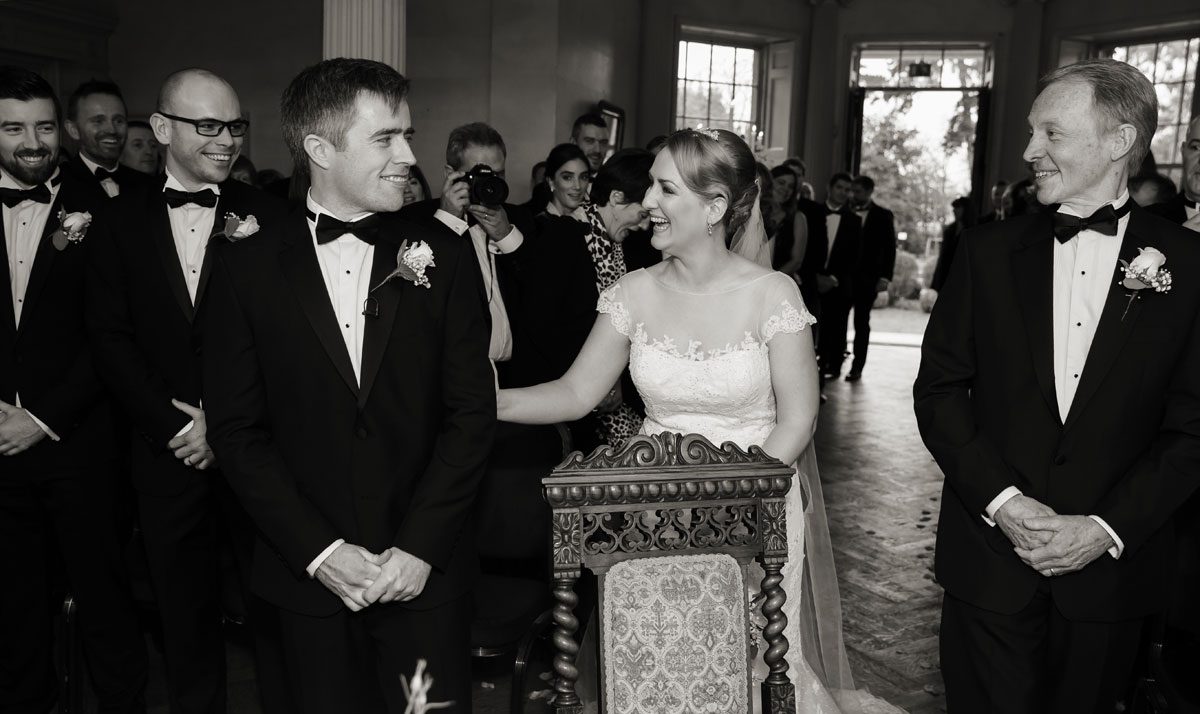 The ceremony was a lovely affair in the grand hall and was literally packed to the balcony with standing room only – popular guys! 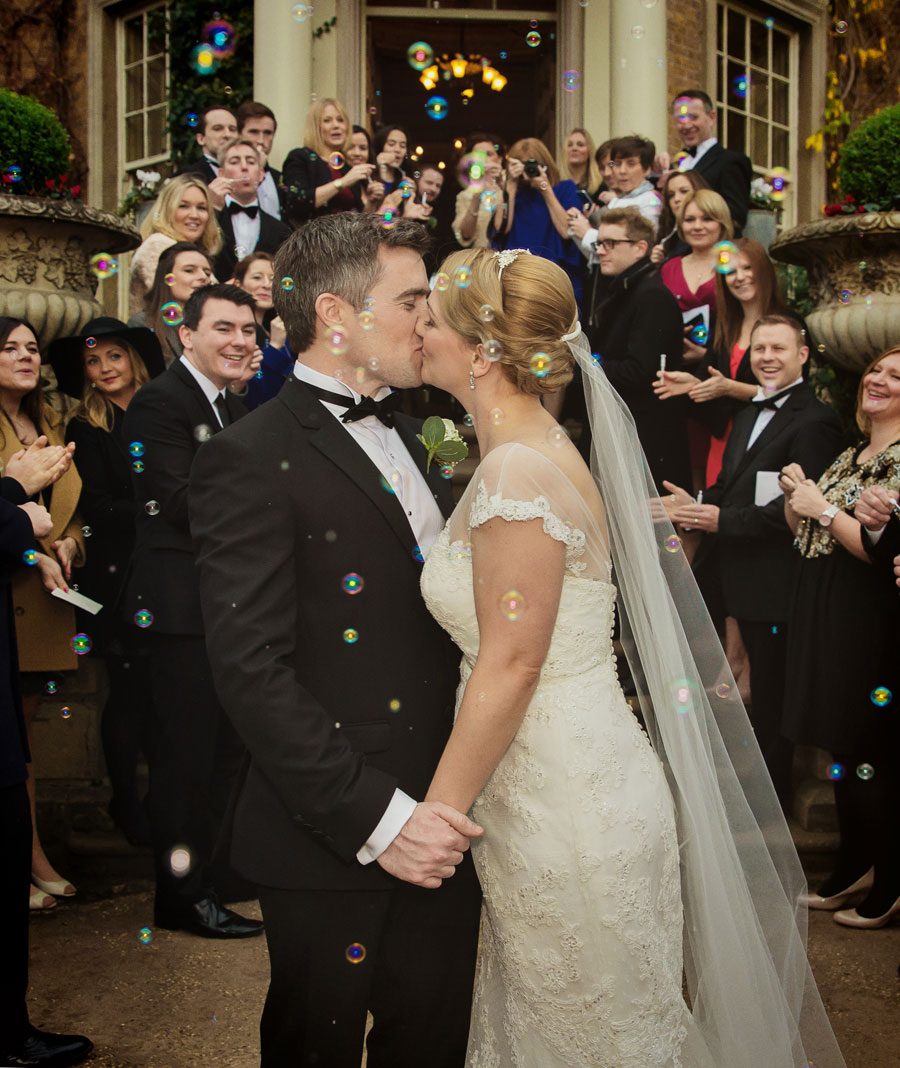 After tying the knot it was out into the grand entrance to walk through bubbles as an alternative to the traditional confetti throw. 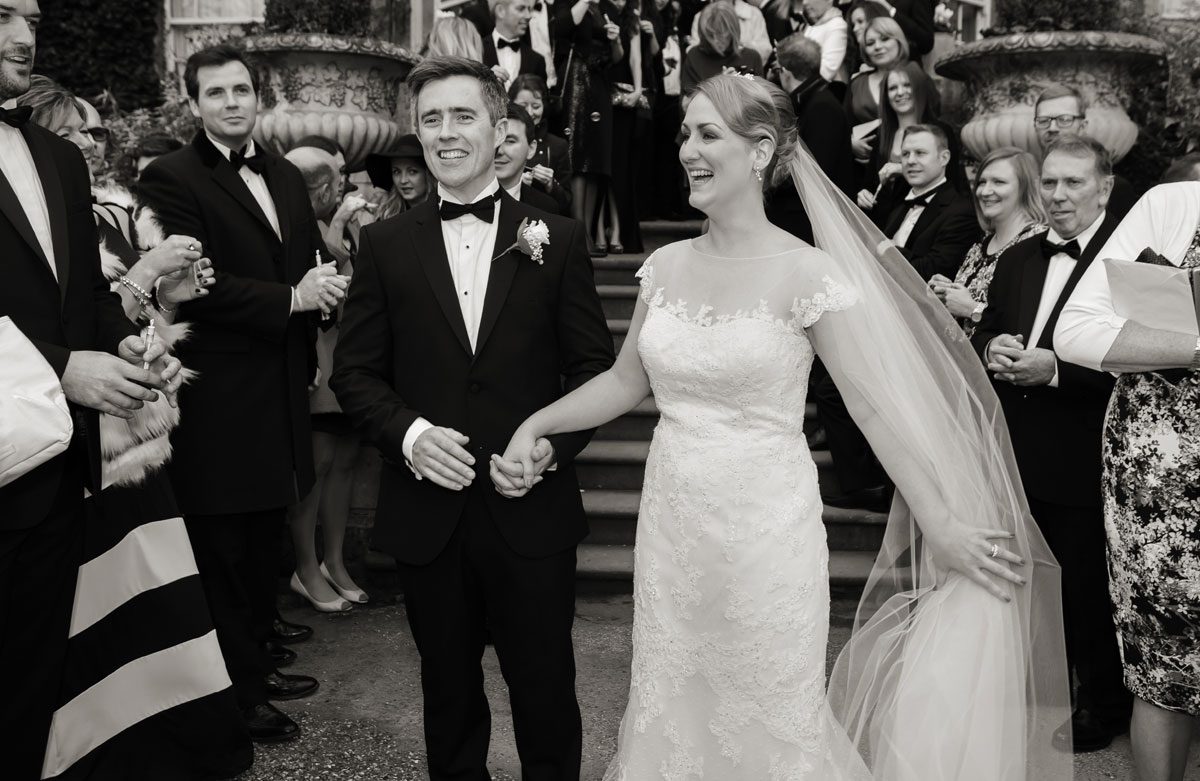 Ashley and Paul wanted to try and gets some shots in front of nearby Hampton Court itself but sadly on this day security weren’t as understanding as usual. Never mind we made use of a nearby red phone box and old wall instead, plus a couple of locations beside the wedding venue too. 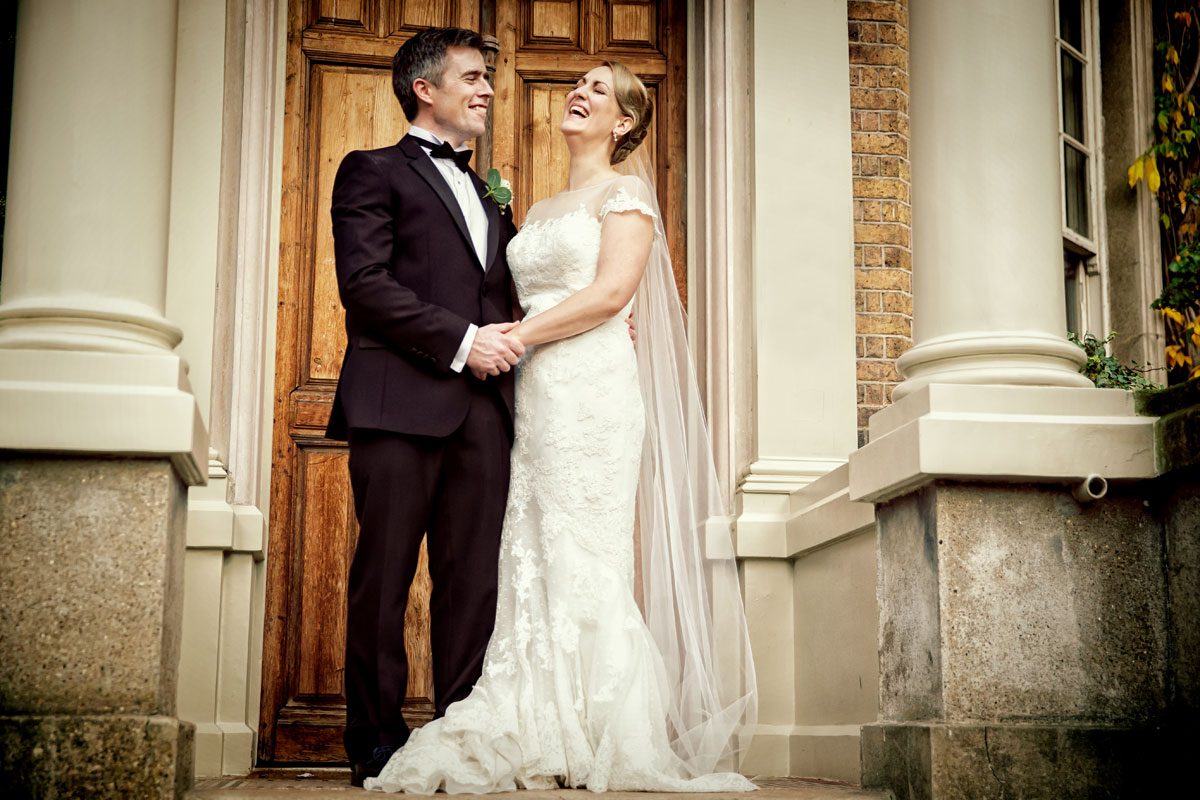 The wedding breakfast itself was held in the Ballroom with drinks served in the conservatory. Fantastic food and speeches followed with a high point being the guests singing The Twelve Days of Christmas table by table. This carol was actually published in 1780 and is thought to be French in origin. Bet you didn’t know that! 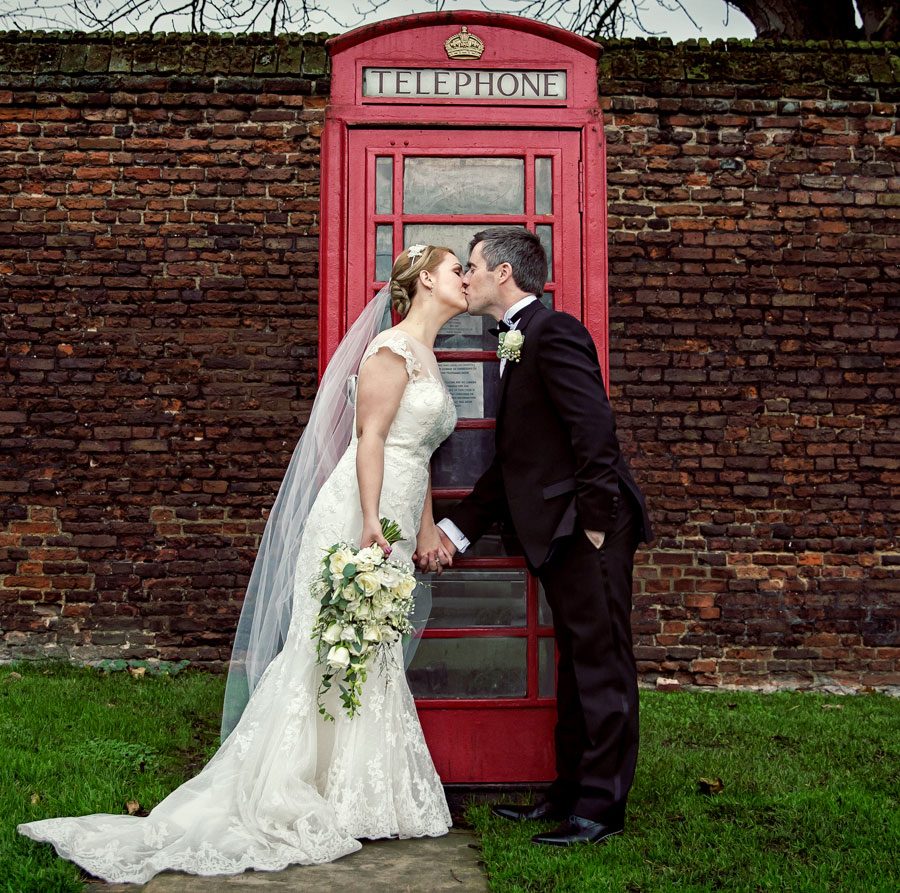 As there was a large Irish presence on the day we were treated to some Irish song and dance, and all day long a great atmosphere, which was no surprise really considering the characters of Ashley and Paul. 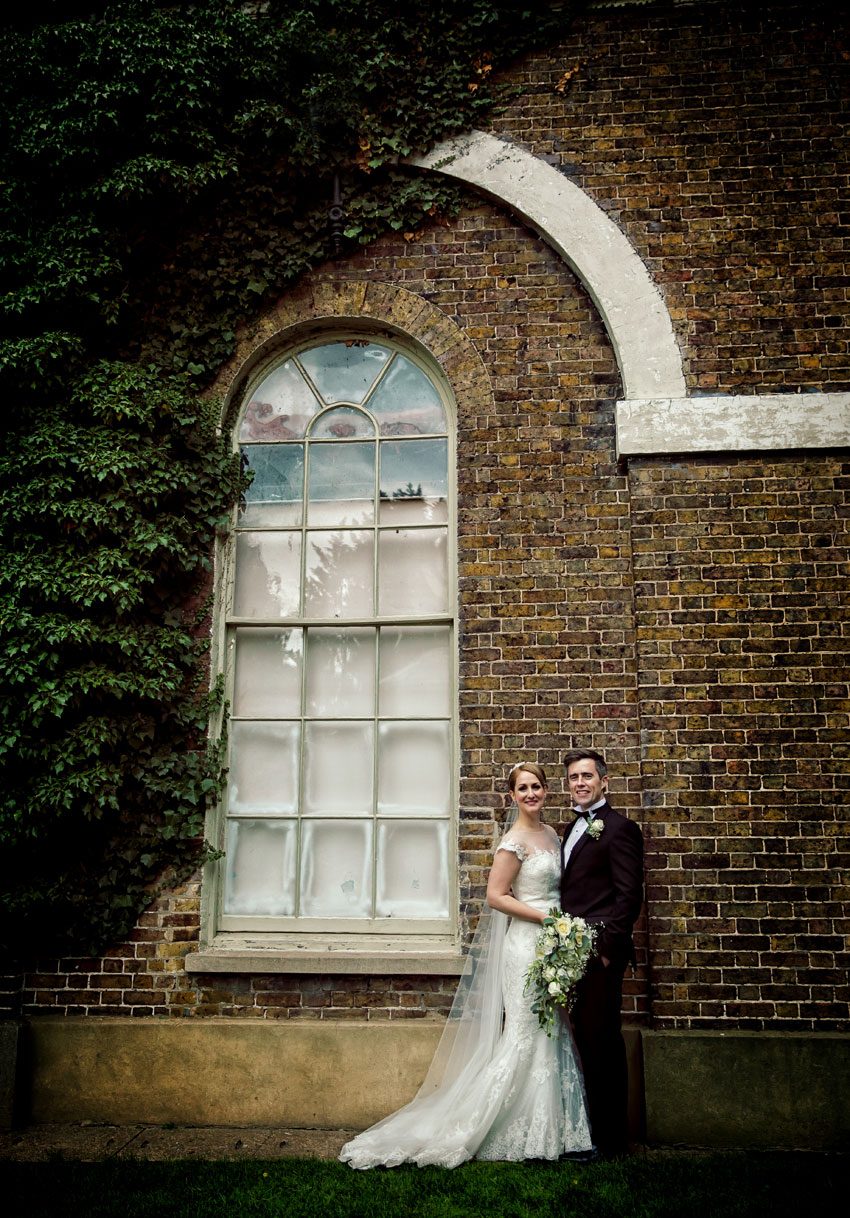 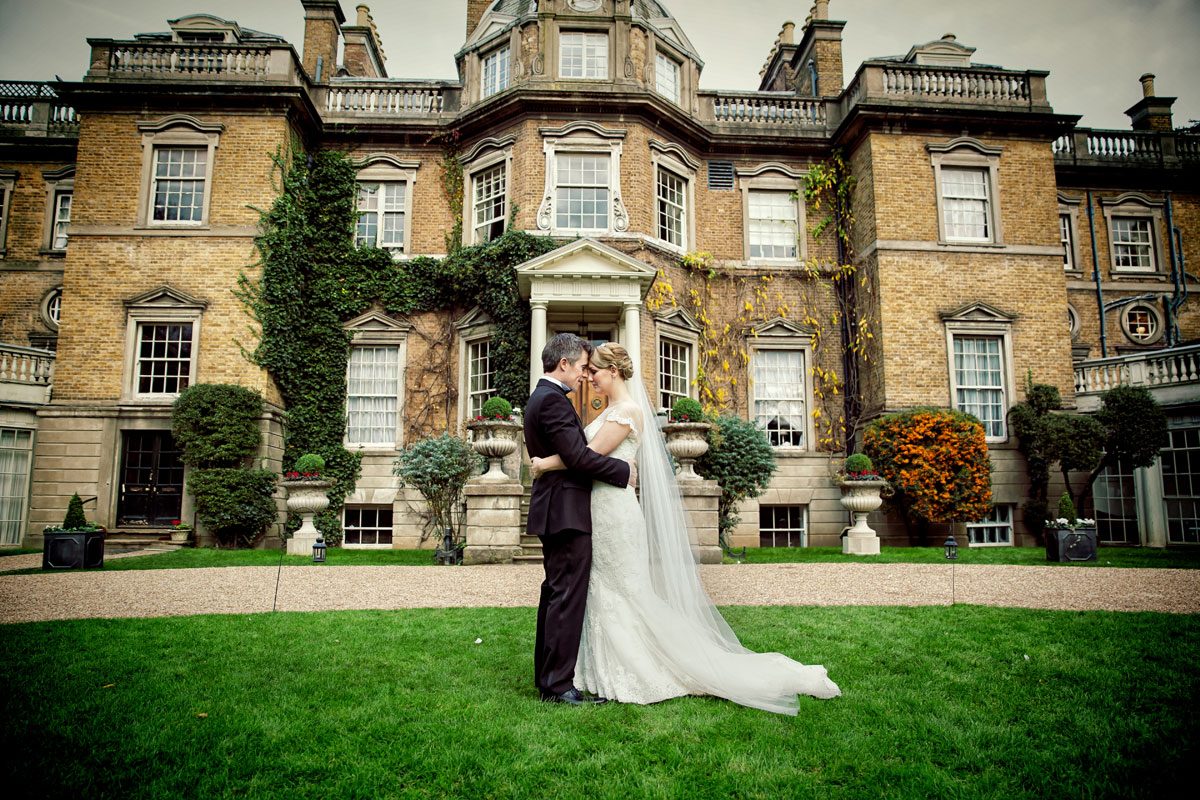 It is always a pleasure for us to photograph weddings in this part of London, and a similar nearby venue is Pembroke Lodge in Richmond Park which you can read about in the blog here: Pembroke Lodge Weddings 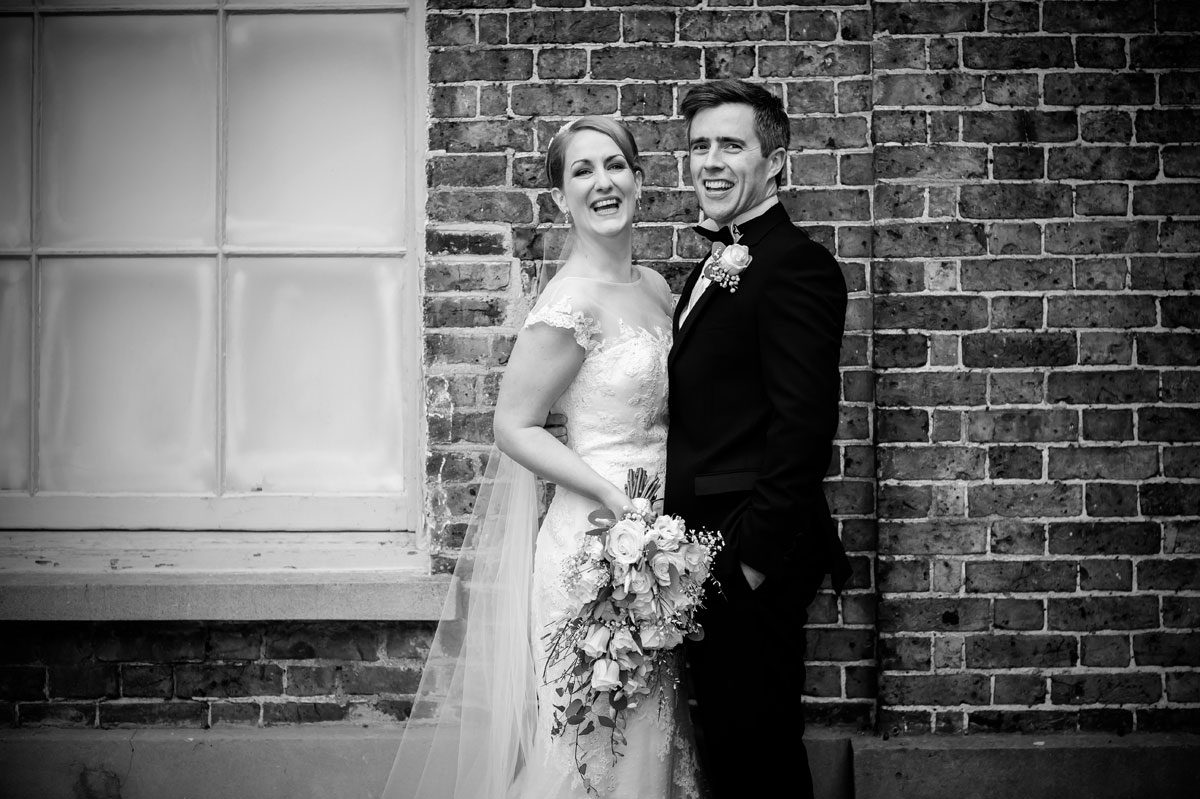 The couple received over 1200 edited wedding images, so as usual in our blog posts we were spoilt for choice and rather than bore people looking quickly through posts, we have just put in some of our favourites and left out the many guest and detail shots that are always included in our coverage. 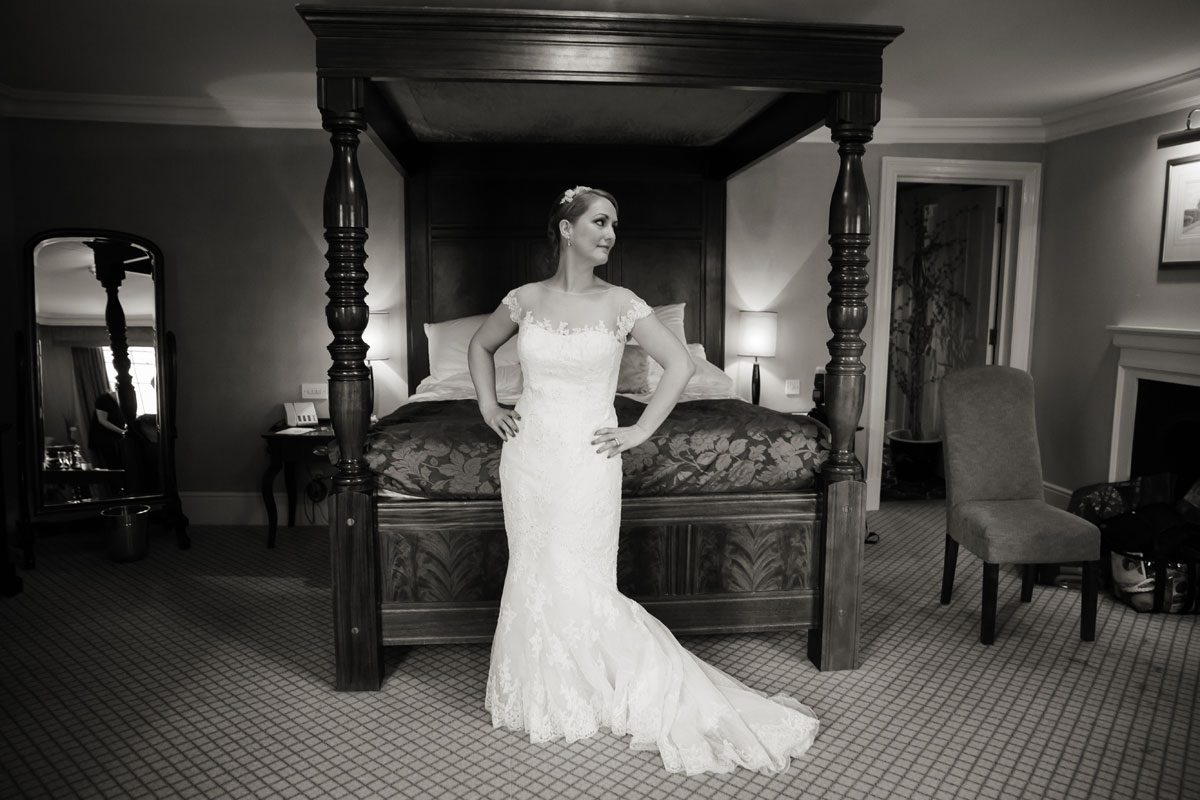