It is always a pleasure for us to return to Theobalds Park to photograph a wedding day, and Jess and Tom’s special occasion was no exception. Some London wedding photographers tend to photograph repeatedly in the same venues, perhaps ten or more times a year. To be honest we wouldn’t like to do the same place more than two or three times in twelve months, and thankfully although we are very busy we don’t have to! We love the variety of venues we shoot in, both in central London, and as with Theobalds, the home counties too.  So it’s definitely nice to visit this premier hotel and events venue every six months or so. Especially as it is just down the road. 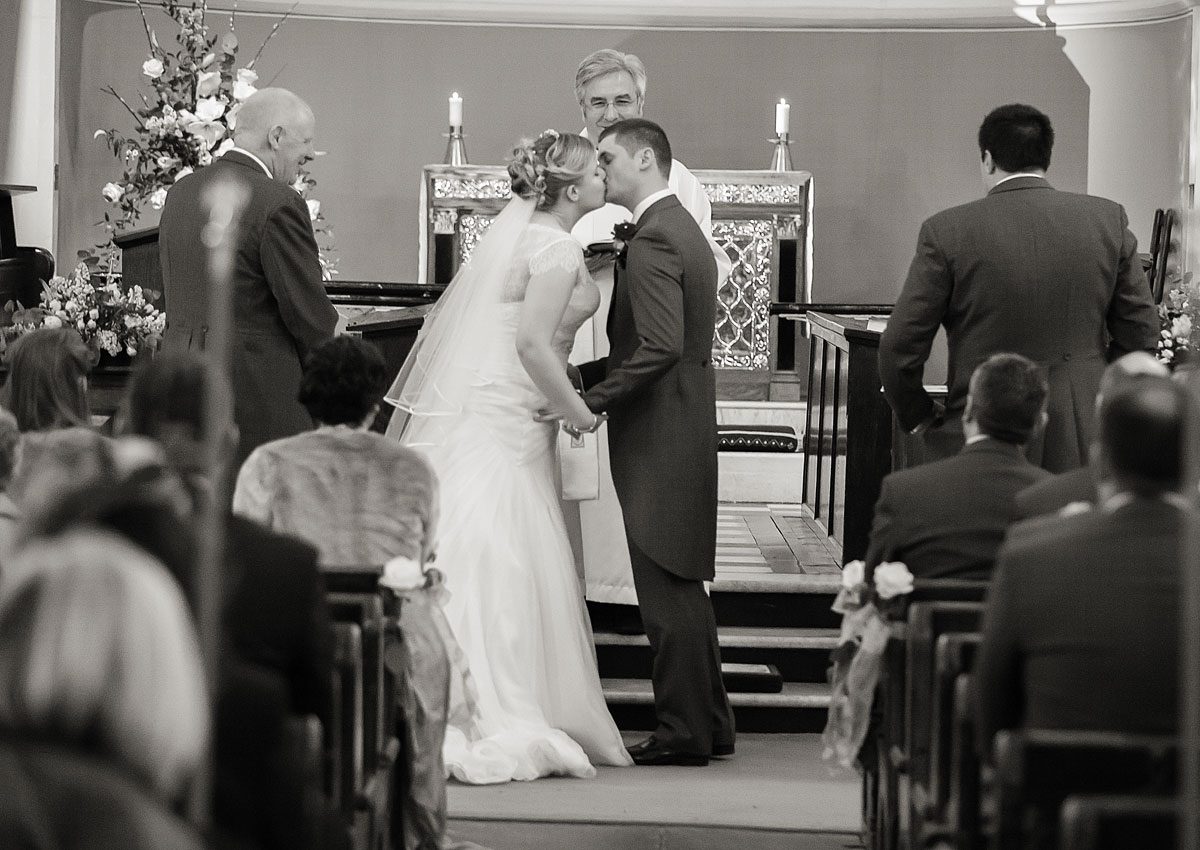 However what made this particular day more than memorable was the lovely couple themselves and their friendly and accommodating families. 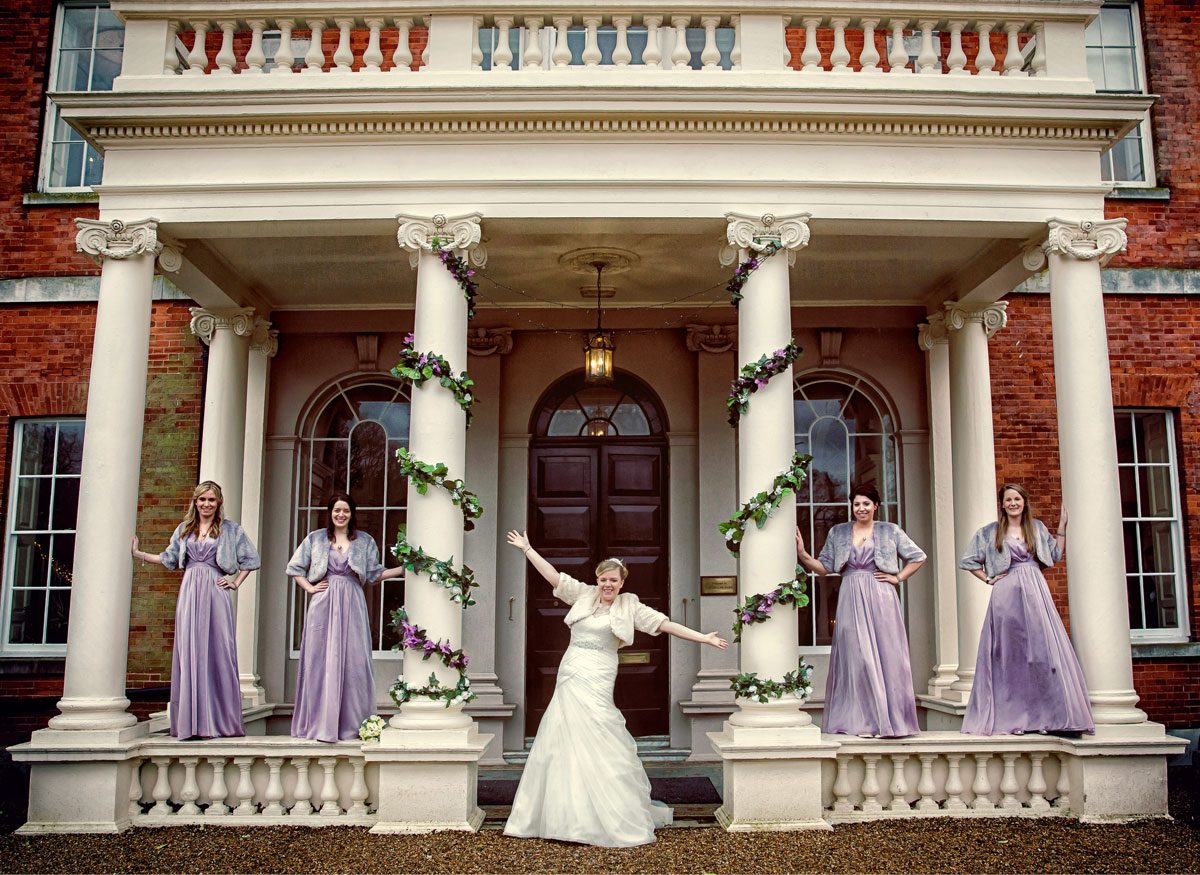 Our day started with documenting Jess’s preparations at her parents home in Totteridge north London. A little after the Rolls Royces had arrived courtesy of the ever popular Lords Cars, who we definitely recommend, we headed to the nearby church. The church in question is one we have visited often and that was St Andrew’s on Totteridge Lane. The church is notable for a few things, but to us the most interesting is that is its home in it’s grounds to London’s oldest tree a Yew estimated by experts from Kew Gardens to be 2000 years old! 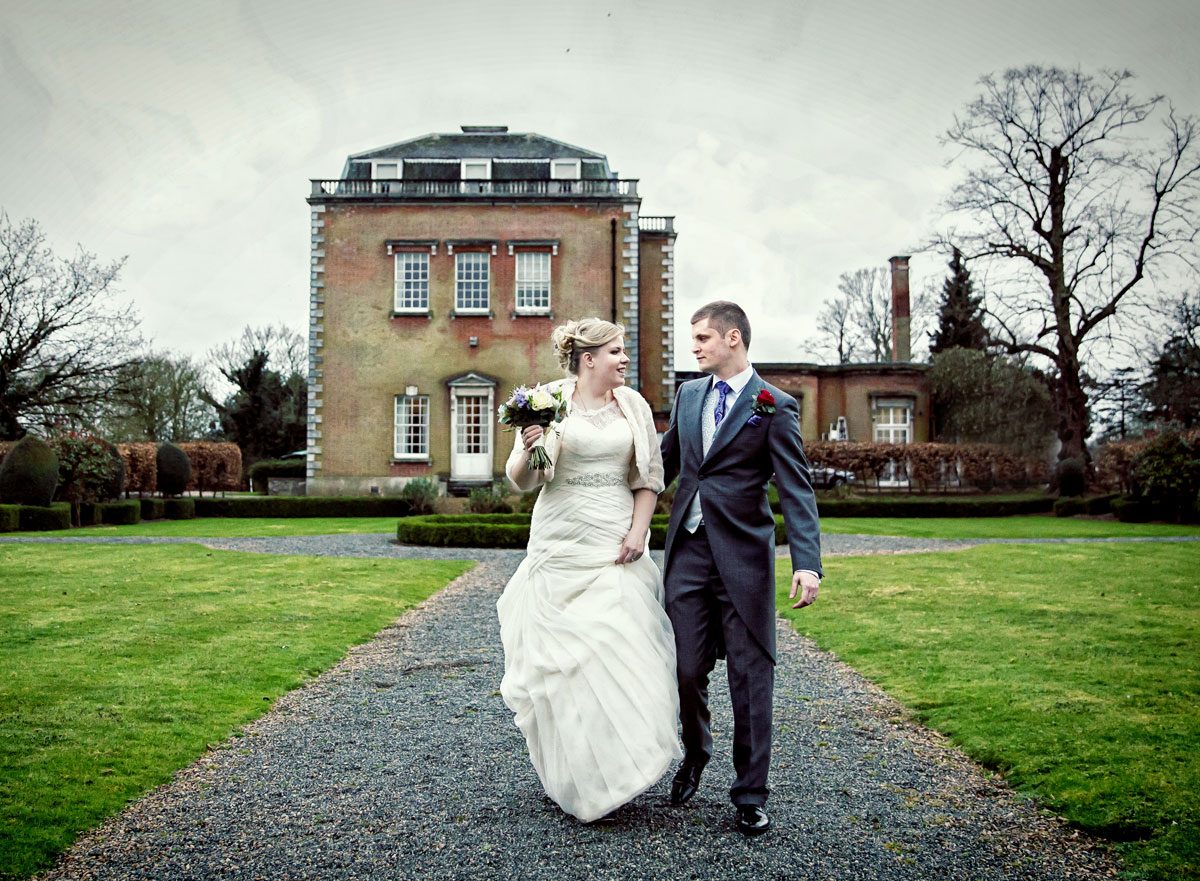 This particular wedding ceremony was unusual too for a couple of reasons. Firstly the musical accompaniment throughout was from a great brass band called J50 Brass, this was because Jess was an accomplished trumpet player herself, so particularly meaningful. The second unusual occurrence was the fact I was told by the clergy on the day there was to be no photography whatsoever during the wedding ceremony. My attitude of course is to respect the conditions imposed on us, and generally we do, but I also had to take into consideration other peoples wishes. Bearing this in mind I conveniently but discreetly forgot this request, and employed my silent shutter and a couple of nice telephoto lenses. See the kiss photo for the incriminating evidence…. 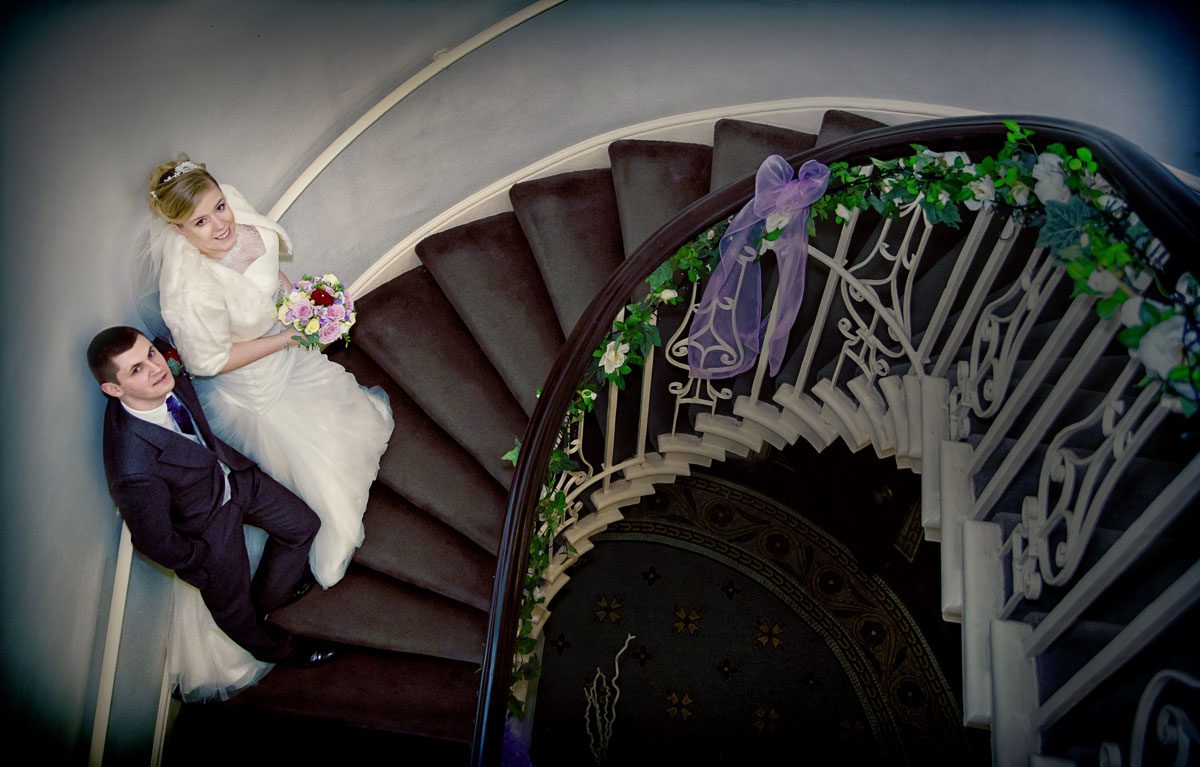 A twenty minute drive away was our reception venue Theobalds Park Hotel. A lovely place with a variety of rooms and areas to host a great wedding breakfast and drinks reception. 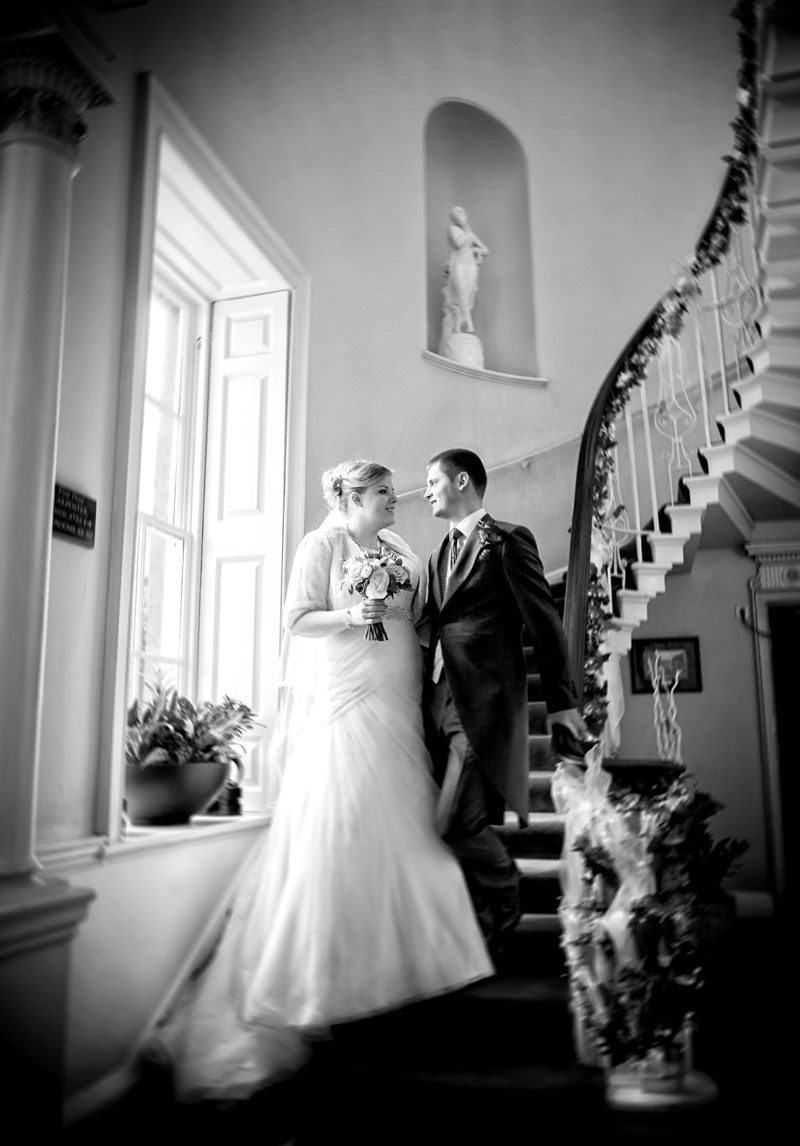 Theobalds itself has a long and distinguished history and I personally find it interesting to know the back story of the places we do our wedding photography in. It was actually a royal palace in the sixteenth and seventeenth centuries, but was raised to the ground after the English Civil war. King James the first actually acquired it after swapping it for Hatfield Palace, and he liked it so much he eventually died there too! 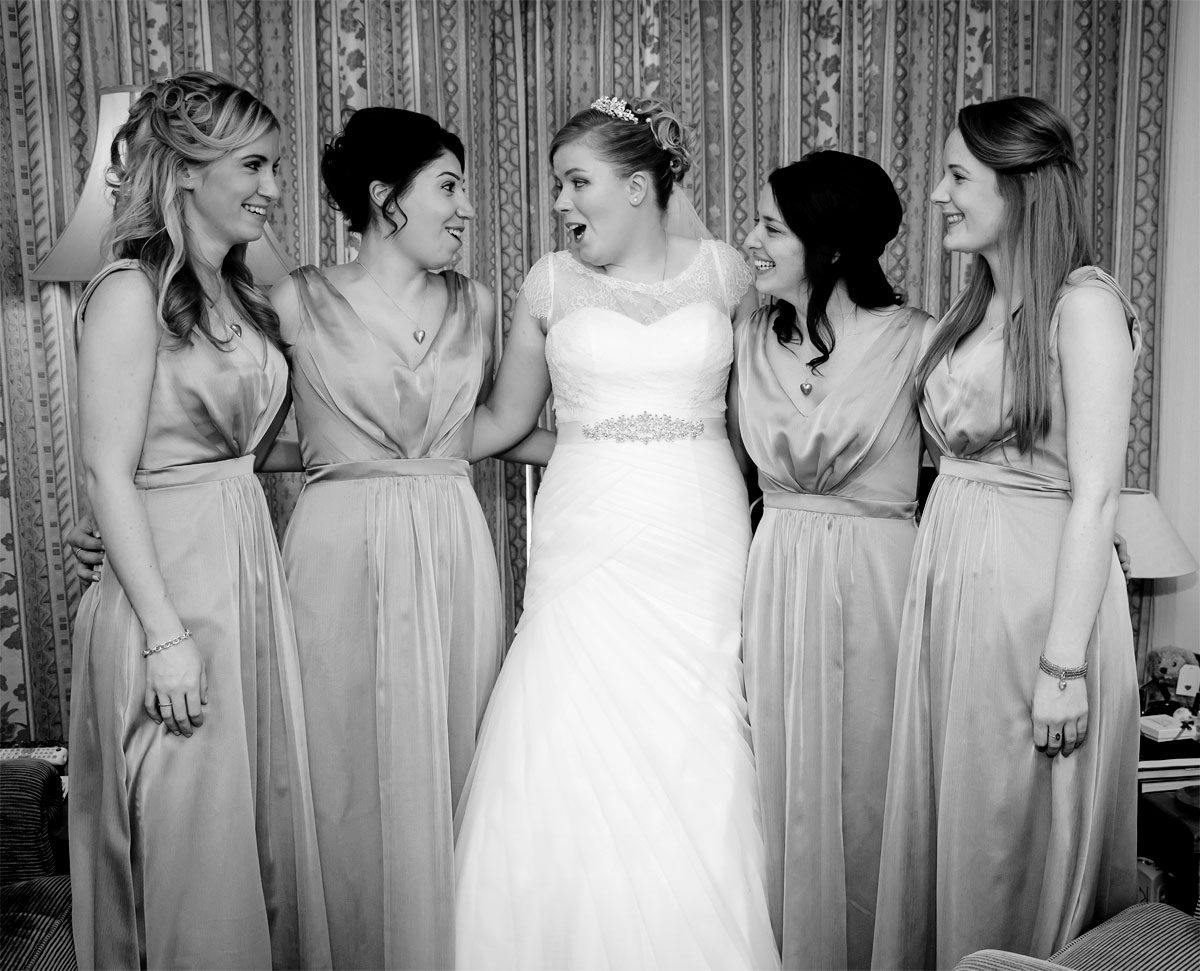 A new building called The Cedars followed, and the owners even rebuilt Sir Christopher Wren’s original Temple Bar in the grounds. However that was returned to the city near St Paul’s Cathedral in 2001. As a side note we are photographing at St Paul’s itself later this year, and we will definitely be following their photography instructions! To cut a varied history short though, in the 1990s the whole estate was refurbished and became the De Veres owned venue we see and love today. 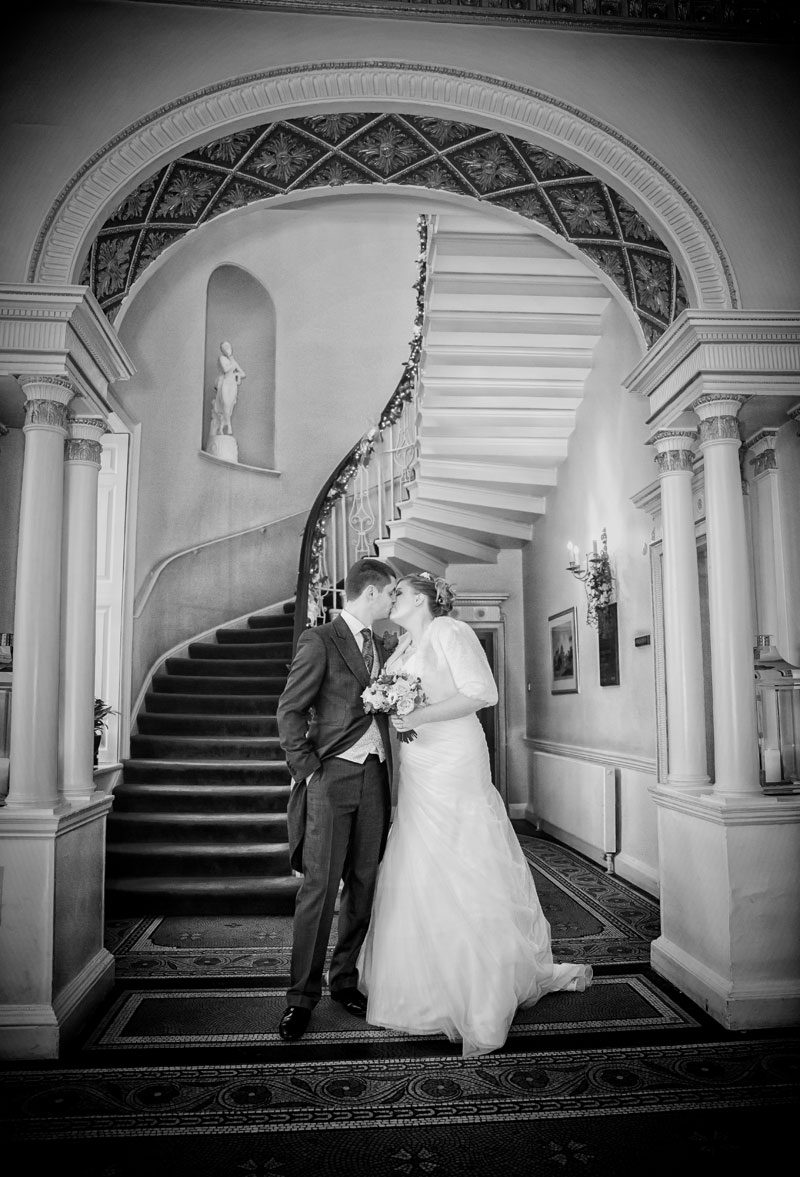 So Jess and Tom arrived in style in their vintage car to the sound of the brass band and welcoming champagne for all their guests. ImmediatelyI got to work doing some couple shots alone with them, while Joanna went off to photograph guests and the special details of the day.

I love the reception entrance and stairs at Theolalds and decided to do a mixture of flash and natural light shots. The weather on the day was grey skies and showers so between bursts I went outside when I could to do some friends and family shots. 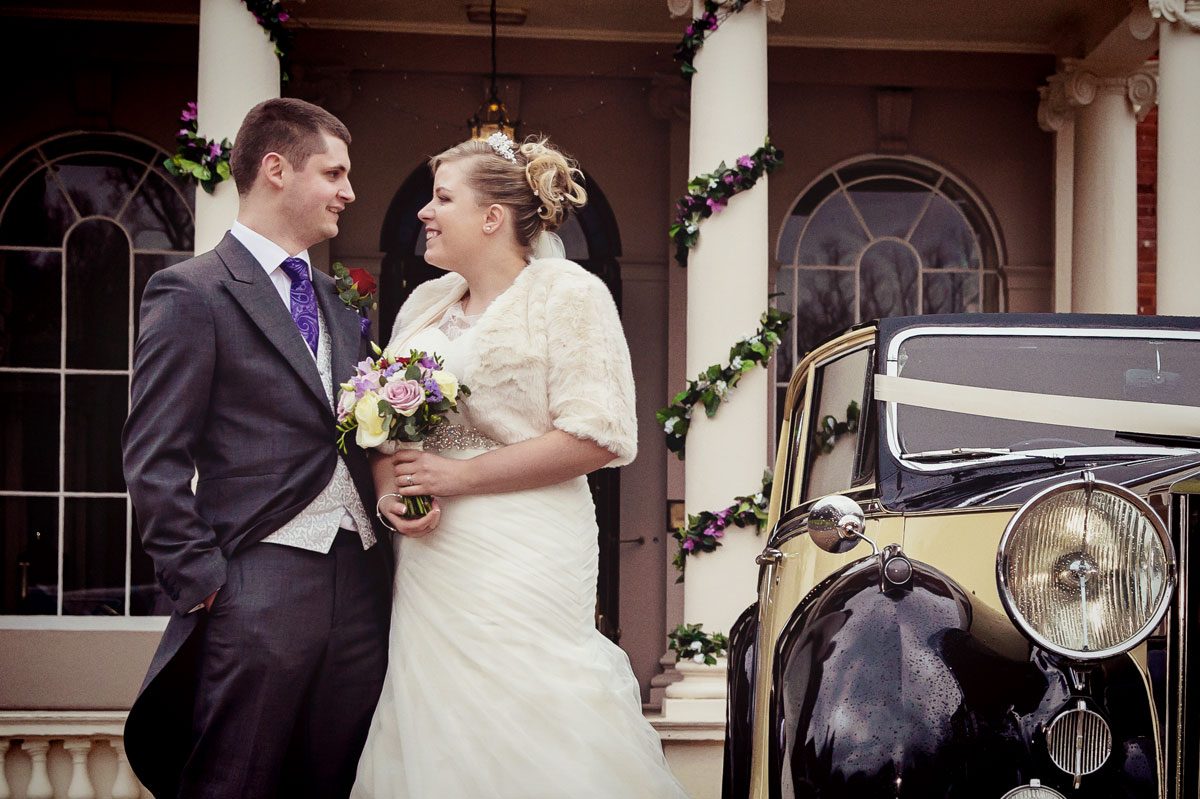 Wedding breakfast speeches were straight away before food was served, and they were very amusing, especially Jess’s brother James as the best man. Later the couple cut their cake and danced their first dance to semi resident DJ Howard and naturally a great times was had by all.

I left on my imaginary horse from the royal palace, and galloped off in the Hertfordshire sunset. Ok, I retrieved my Honda CRV from the car park and drove home…