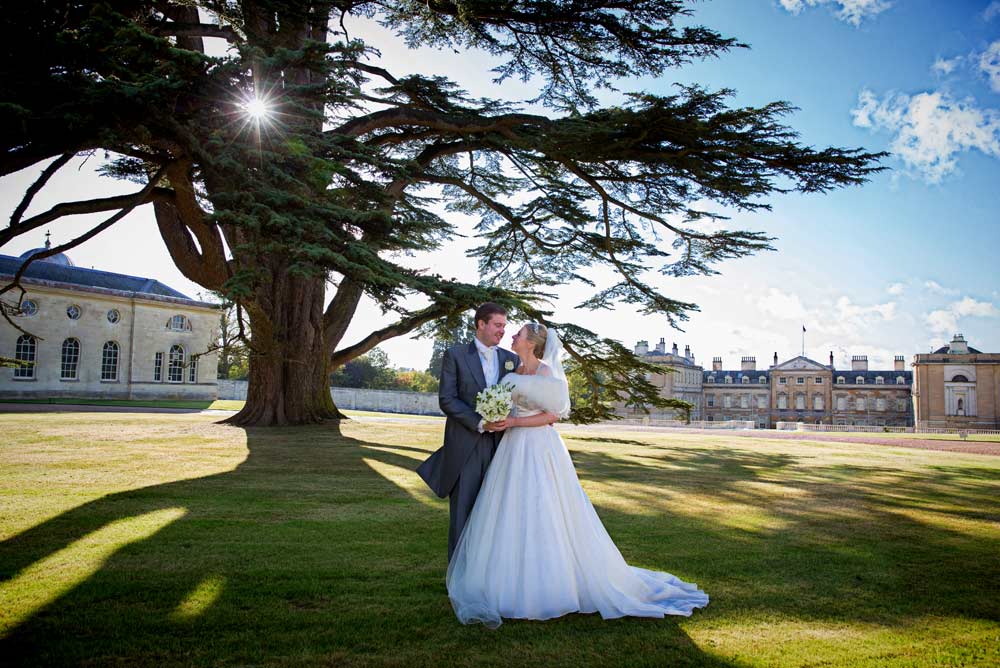 We’ve often thought over time it would be a good idea to write a post devoted to wedding cakes. After all we have seen, photographed and sometimes tasted literally hundreds. We imagined picking a mix of our favourite and unusual cake designs with the best and most interesting shots of couples cutting them and perhaps reacting and messing around afterwards. Never did we quite imagine the “pièce de résistance” of an unusual or interesting cake shot would be what was behind it! Often we have to contend with less than ideal placements of the cake table with some venues seemingly delighting in placing them near distinctly un photogenic red fire extinguishers! 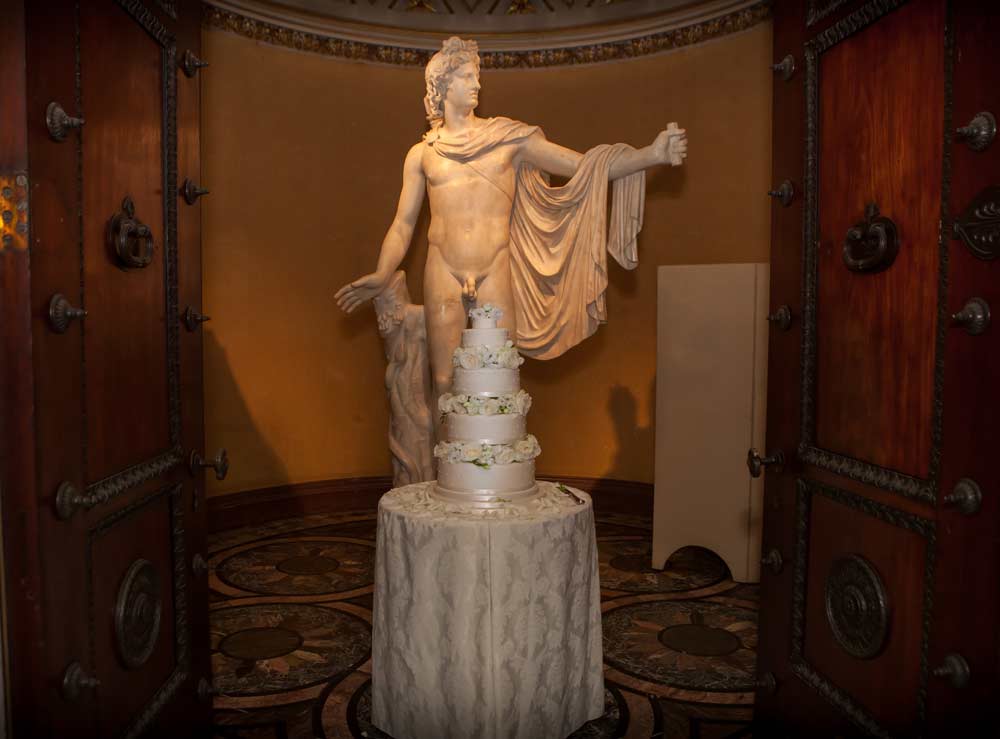 At Nicola and Guy’s wedding I had been outside doing some family shots with the newly weds while Joanna was in the wedding breakfast room taking photos. I broke off when I had chance to see how she was getting on only to find her with a large grin on her face and pointing at the interesting placement of the wedding cake in an alcove in front of a classical statue. 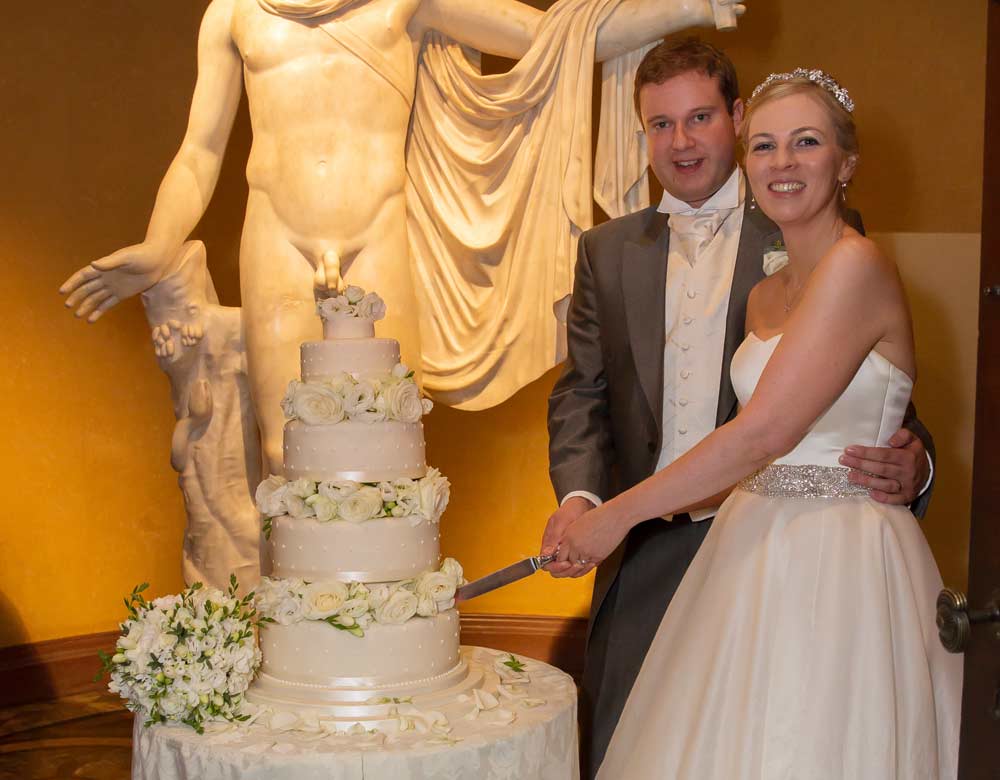 There was no moving this around at Woburn Sculpture gallery. From all angles this ancient gentleman’s pride and joy was pointing at the wedding cake. Of course we could have taken all shots from a low position but that would have distorted the couple. We never asked if the placement was deliberate as everyone was enjoying the juxtaposition so much! I don’t think I’ve ever seem so many guests paparazzi trying to get the moment. Pretty sure than facebook and twitter soon had more than a few versions of these shots. Full post on this lovely wedding soon, and one day we will write a serious piece about cakes…honestly! 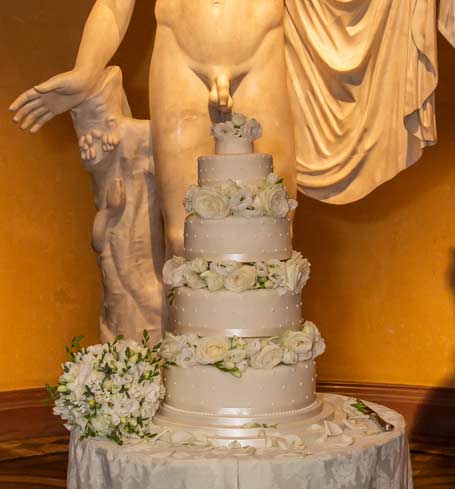 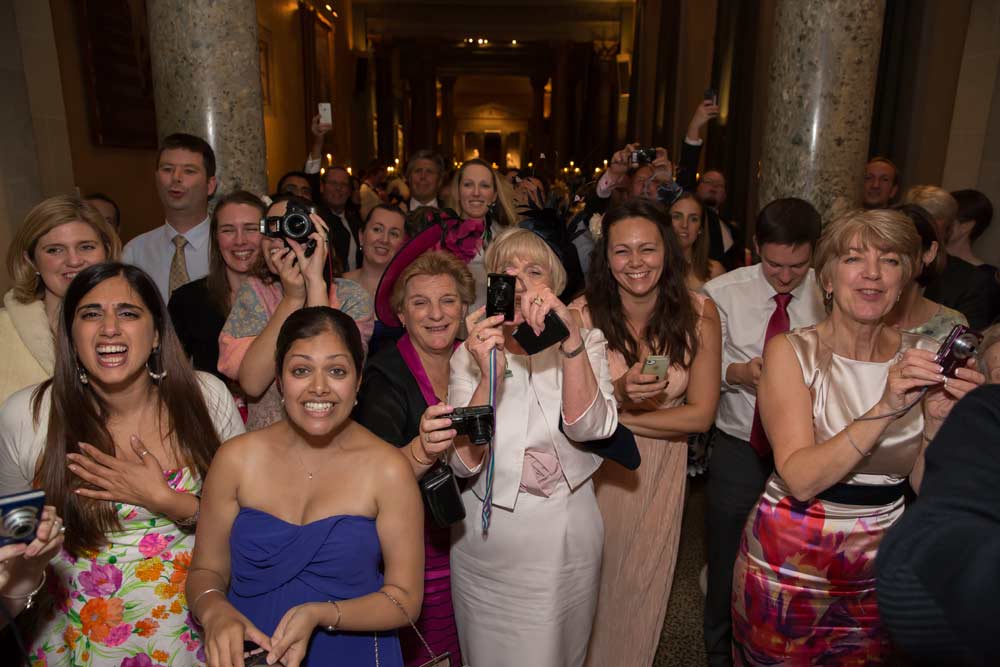 For an interesting read on all things wedding cake related take a look at Wikipedia’s complilation of history and info on them here: http://en.wikipedia.org/wiki/Wedding_cake