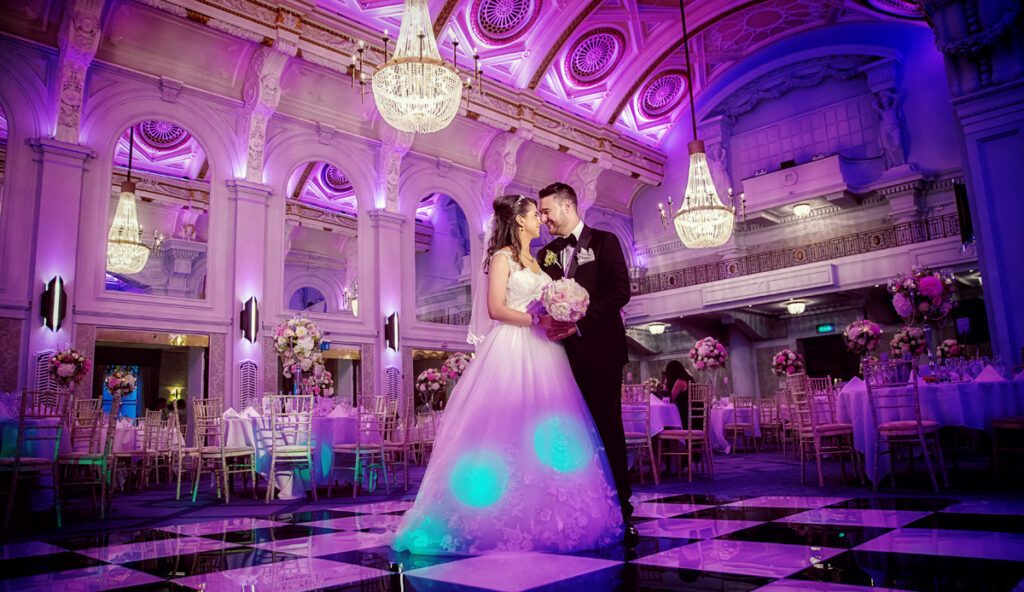 To say we love what we do, and the variety of what we photograph in a wedding day would be an understatement. This dramatic and culturally fascinating Grand Connaught Rooms wedding in central London was a prime example. For  start this was the second wedding in just a few months that we have photographed the happy couple at! First was a civil ceremony for close friends and family at Chelsea Old Town Hall, which was fab. This particular big day though was a traditional Persian affair honouring both sides of the families heritage and values. 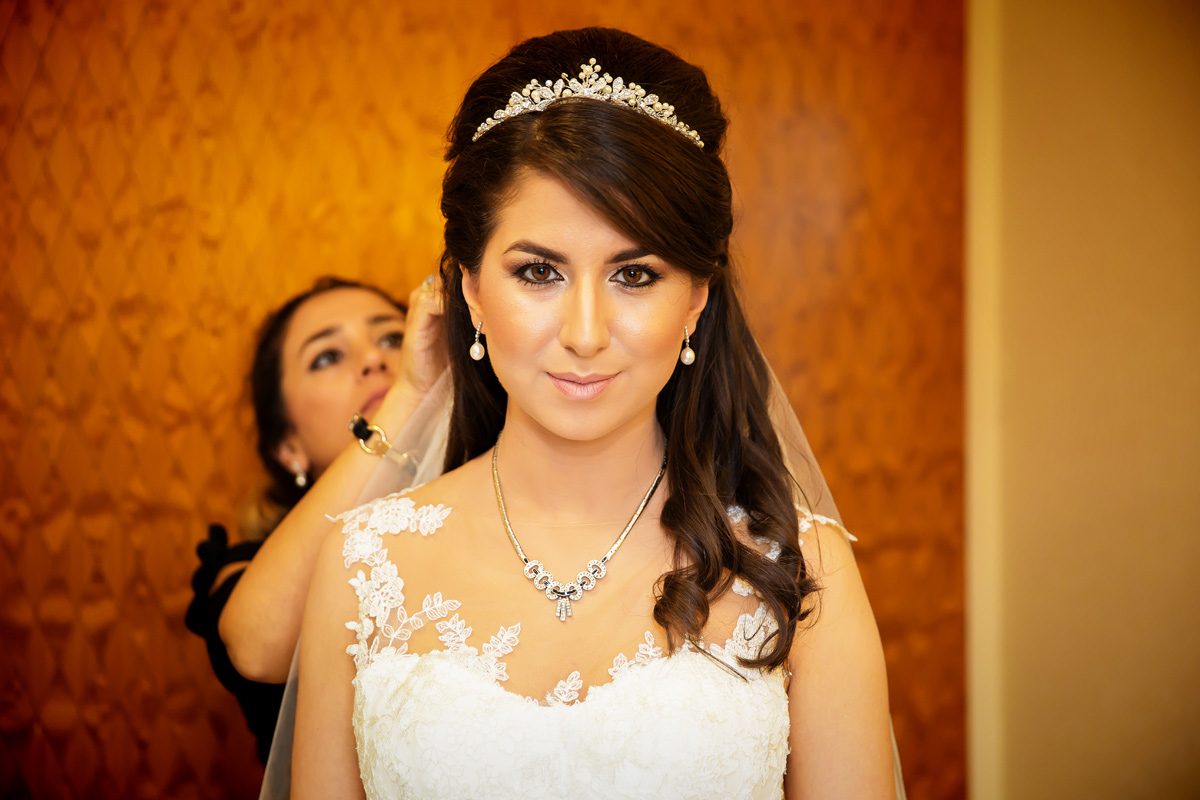 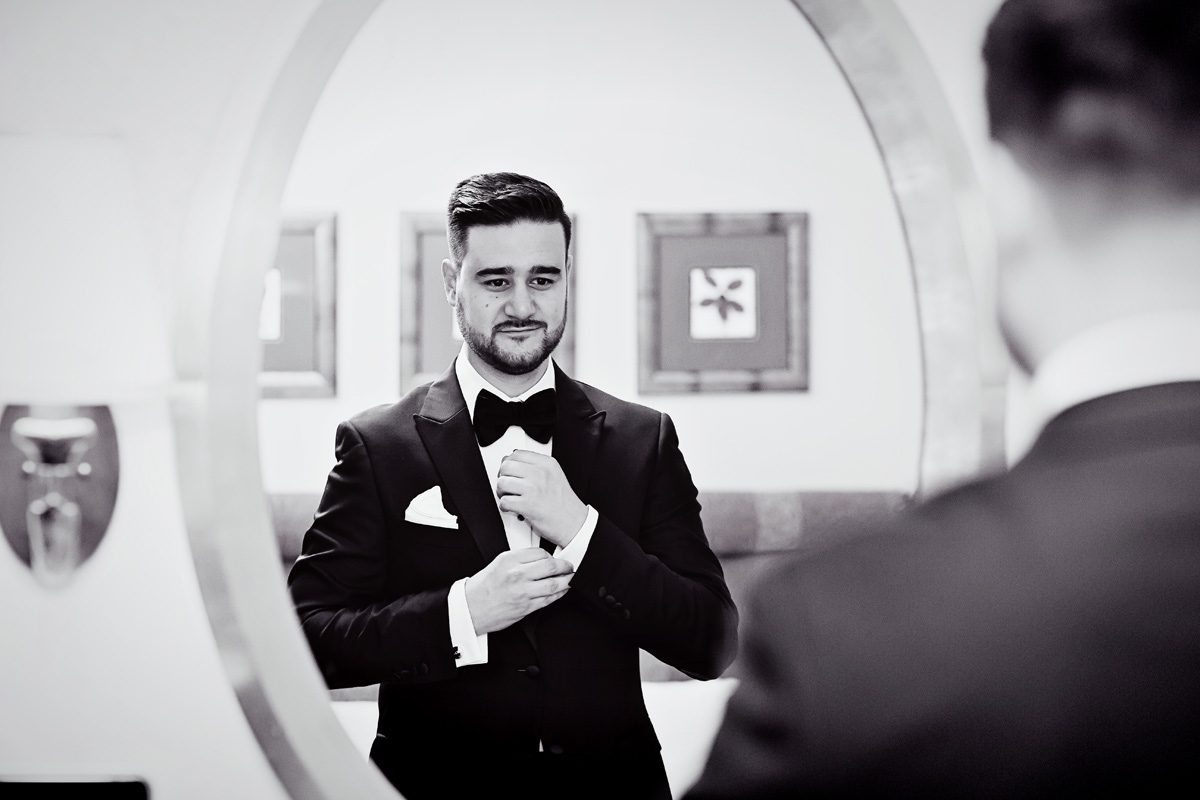 We are proud of the fact that we can shoot in a variety of styles and approaches. This particular central London wedding we would describe as traditional mixed with documentary. It was not about quirky or breaking the mould, we do plenty of those a year, it was about giving the couple and their family what THEY wanted. For a Persian ceremony the wedding table know as “Sofreh Aghd” is central and very important, so instead of bridal prep we spent the beginning of the day photographing this and the Grand Hall of the Connaught Rooms in great detail. 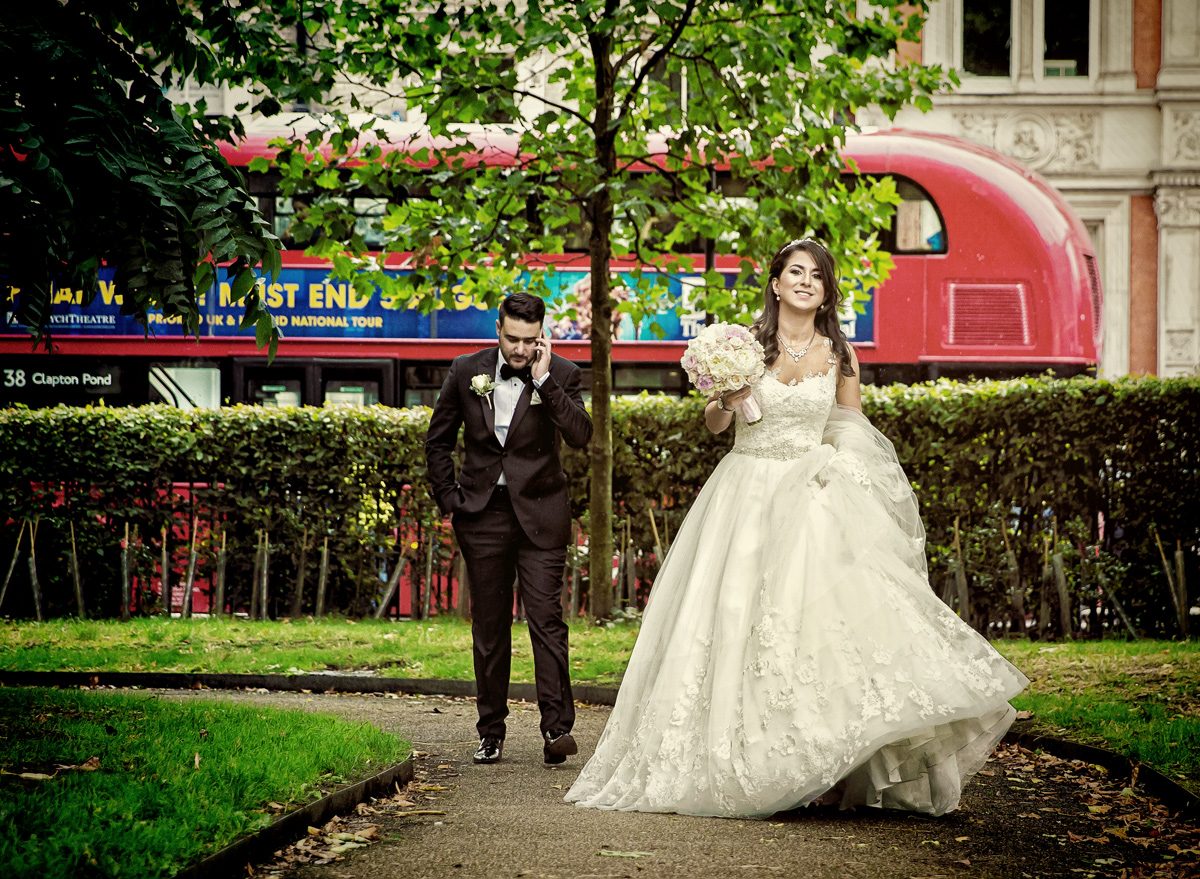 Very convenient for the Connaught Rooms on Great Queen Street is the fact that the Kingsway Hall Hotel is next door and this is where the couple got ready separately for their special day. For a Persian wedding the prep photos are about the finished result and not the process itself as would be normal for reportage coverage. 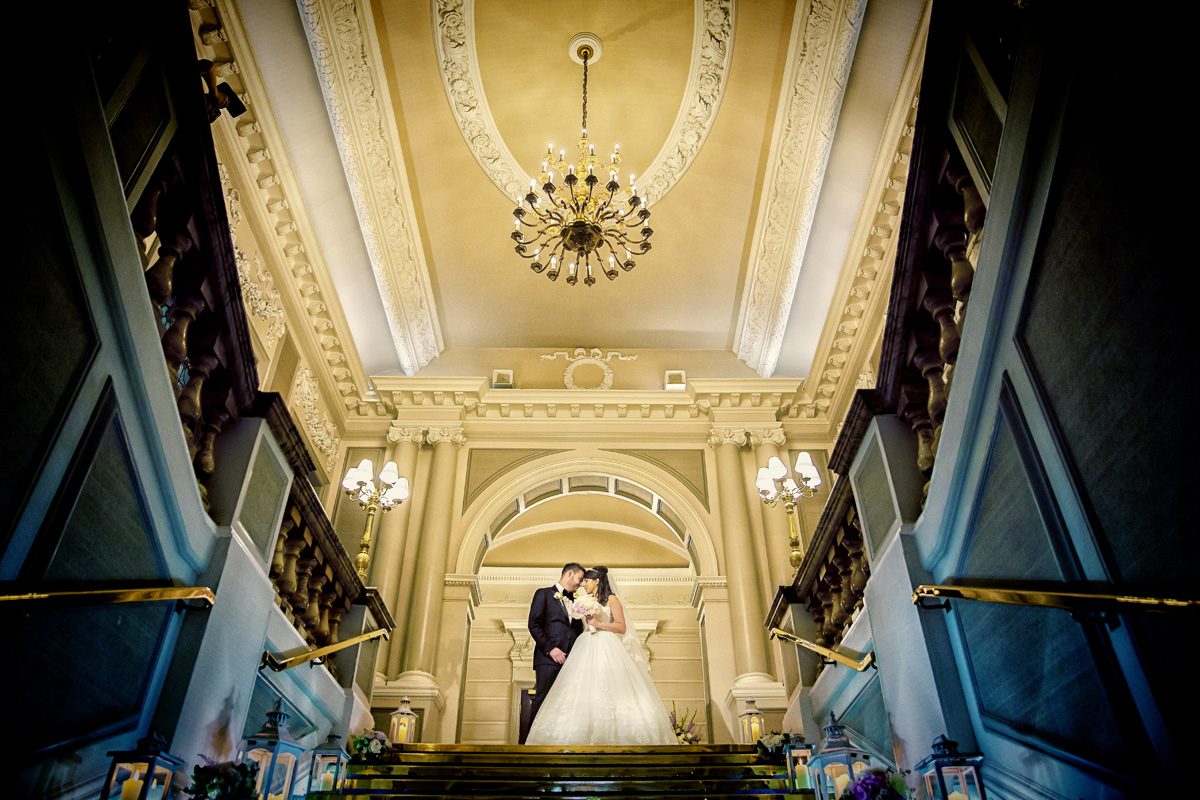 So although much of the events are quite controlled and “staged”, for experienced documentary photographers like ourselves there is plenty of unscripted emotion and action from bride groom and guests to keep us very busy for the entire eleven hours!

We estimated about three hundred and fifty guests, so a fairly large affair but something the Grand Connaught Rooms is designed for. It’s history dates from about 1774 and it has hosted a great many large and prestigious events in its time. 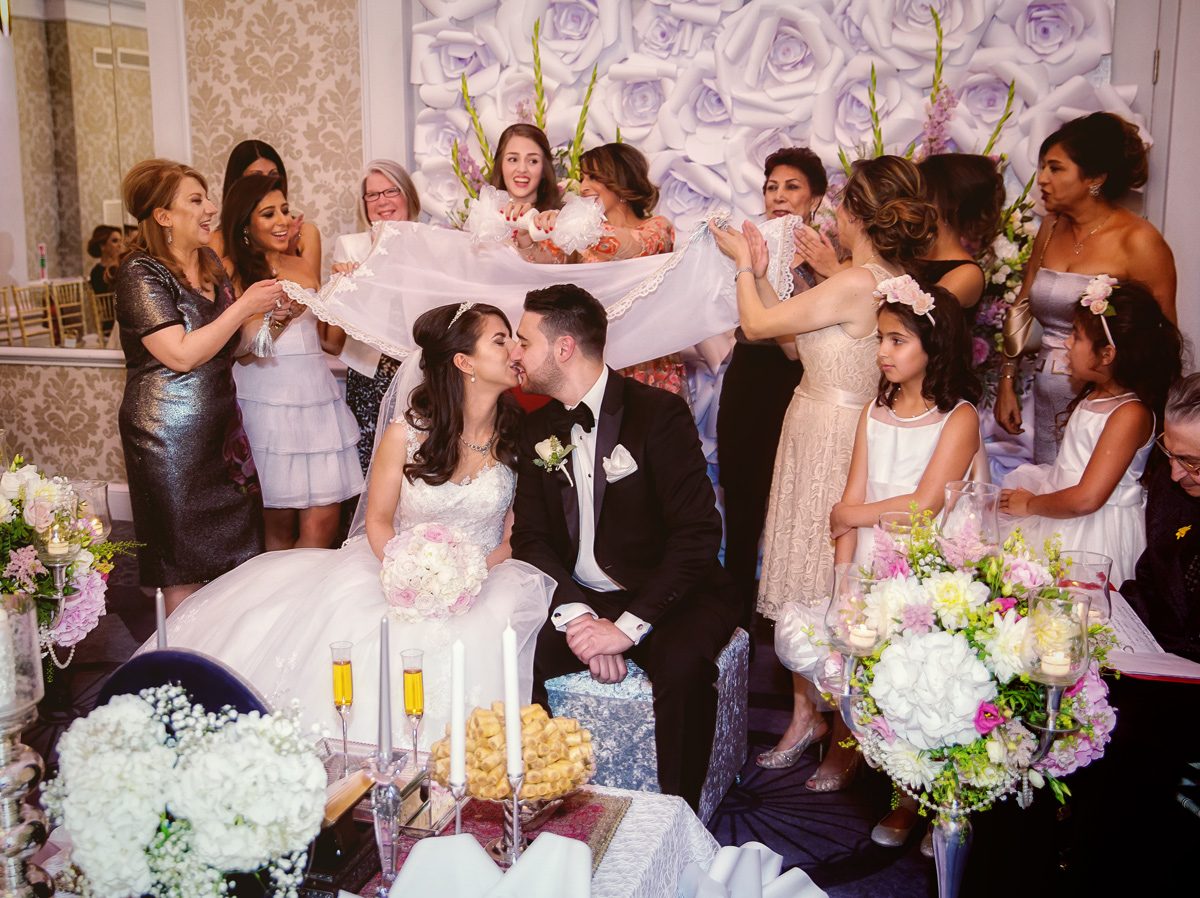 Once all the day guests were assembled around the wedding table and the string quartet began to play bride and dad made their grand entrance and the wedding ceremony began in earnest. 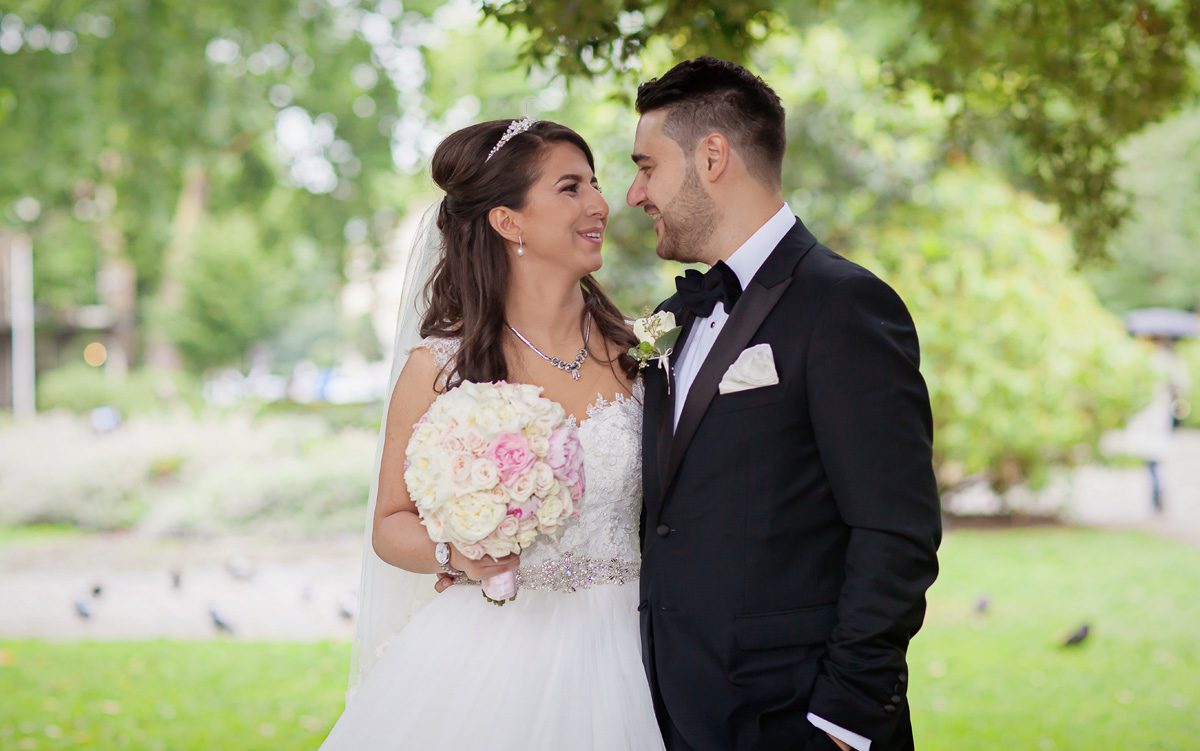 After that out came the drinks and canapés for the guests, and for me (David) a very large amount of formal photographs around the”Sofreh Aghd”. This was a traditional affair though and this was the brief. So many people had travelled form far and wide to attend it was important for the family to document that. I know a lot of photographers who would have palpitations at the thought, but I had a good time with the guests and that shows in the final result. 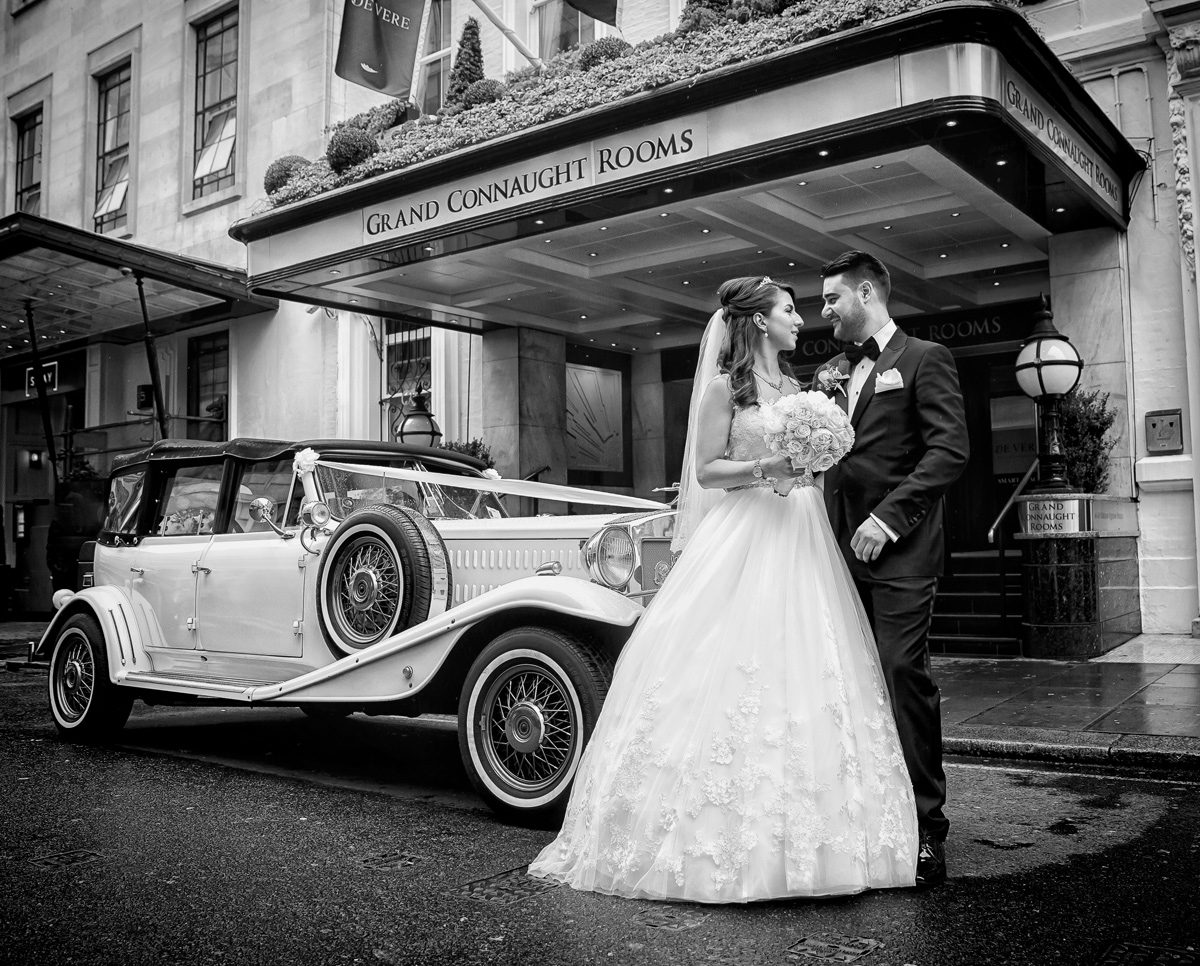 Typical for England it was on and off a pretty rainy day, so although much of the action took place indoors we had a twenty five minute time slot to get some shots nearby in a local park. I went with the couple in their lovely vintage car but we spent twenty minutes of our time in traffic! I made that five minutes in the park really count though 🙂 During this time Joanna busied herself capturing the action in and around the drinks reception. 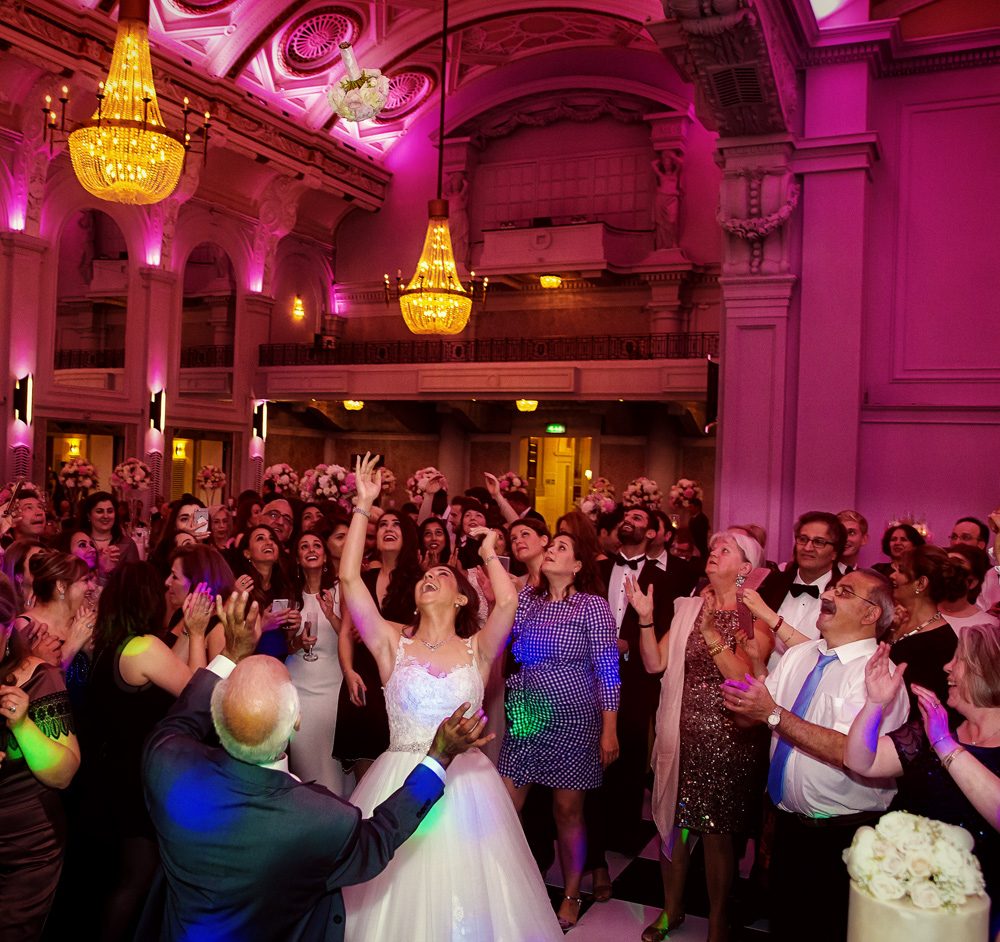 The wedding breakfast at this De Vere owned and run location was a particular grand and lavish affair. And what followed were some more Persian traditions after speeches and first dance. I particularly enjoyed the wedding cake celebration, also known as the Persian knife dance.

This involves various guests dancing with the cake knife in front of the couple and accepting money (a kind of bribe if you like) in order to give the knife back so the couple can actually cut their cake. Most amusing as nobody gave them the knife for quite some time. Then we had a famous Persian singer make a surprise guest appearance, and lots of very exuberant dancing late late into the night. 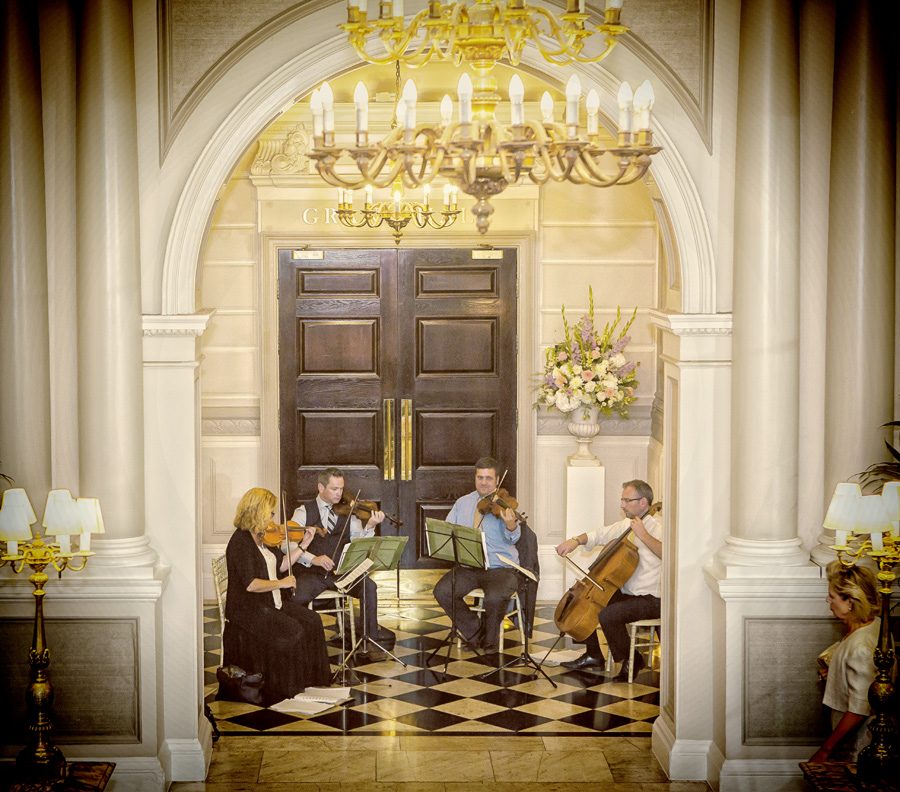 Image wise I’ve put a couple of personal favourites in here, the couple stealing a kiss while they practised their wedding dance, and the groom on the phone in the park telling the car driver “get us back quick!” while myself and the bride share a little joke.

A grand day all round at The Grand Connaught Rooms.