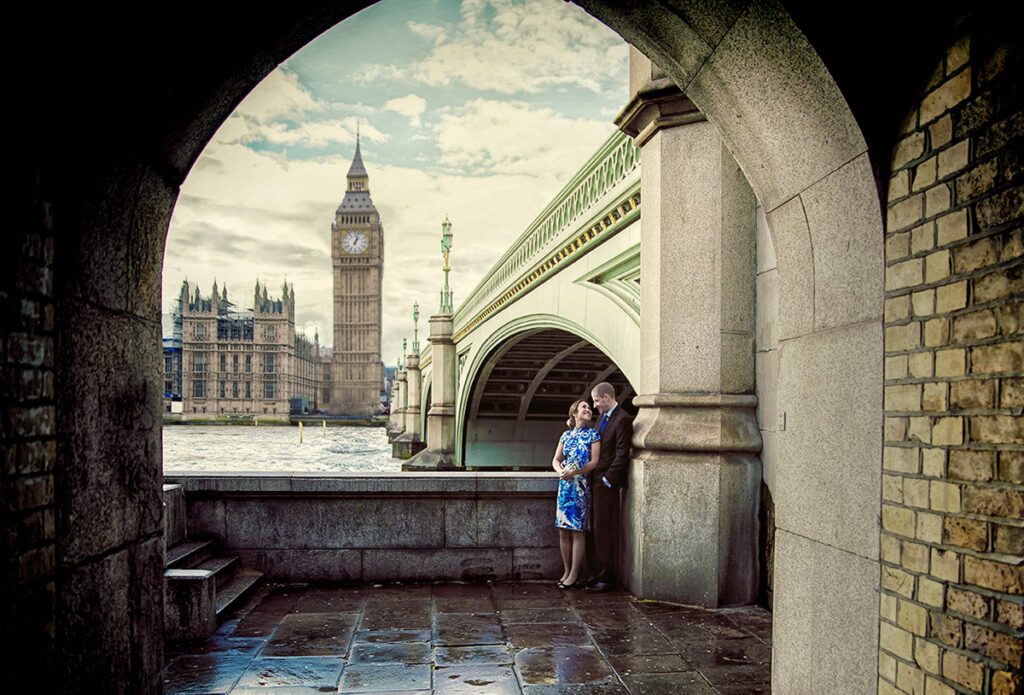 We love our London engagement shoots and we love a challenge too. This particular pre wedding photo fest in London’s iconic Southbank and Tower Bridge was no exception.  Engagement shoots are a excellent way to get to know a couple before their wedding day, have some fun, and get some great extra images that can be shared and shown on the big day itself. 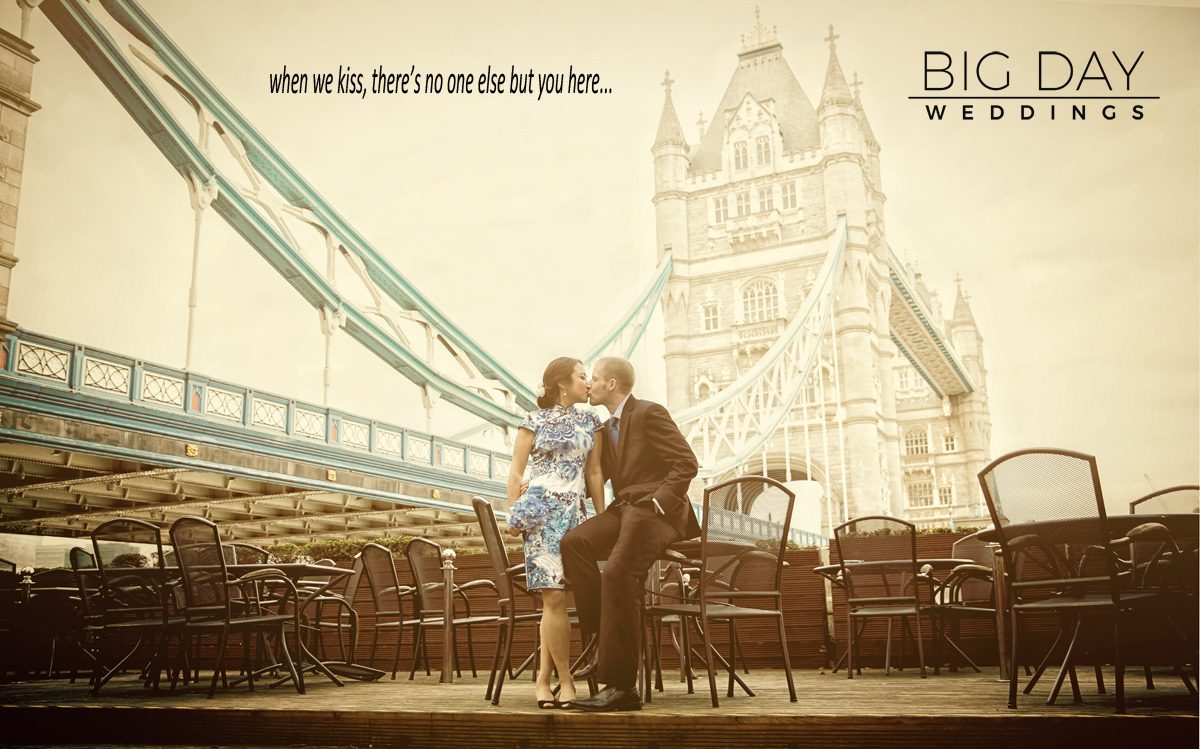 Many our shoots are in the north London region typically places such as Alexandra Palace or Kenwood House in Hampstead. But for Yui and Mark’s we had arranged for it to happen around London’s Southbank. 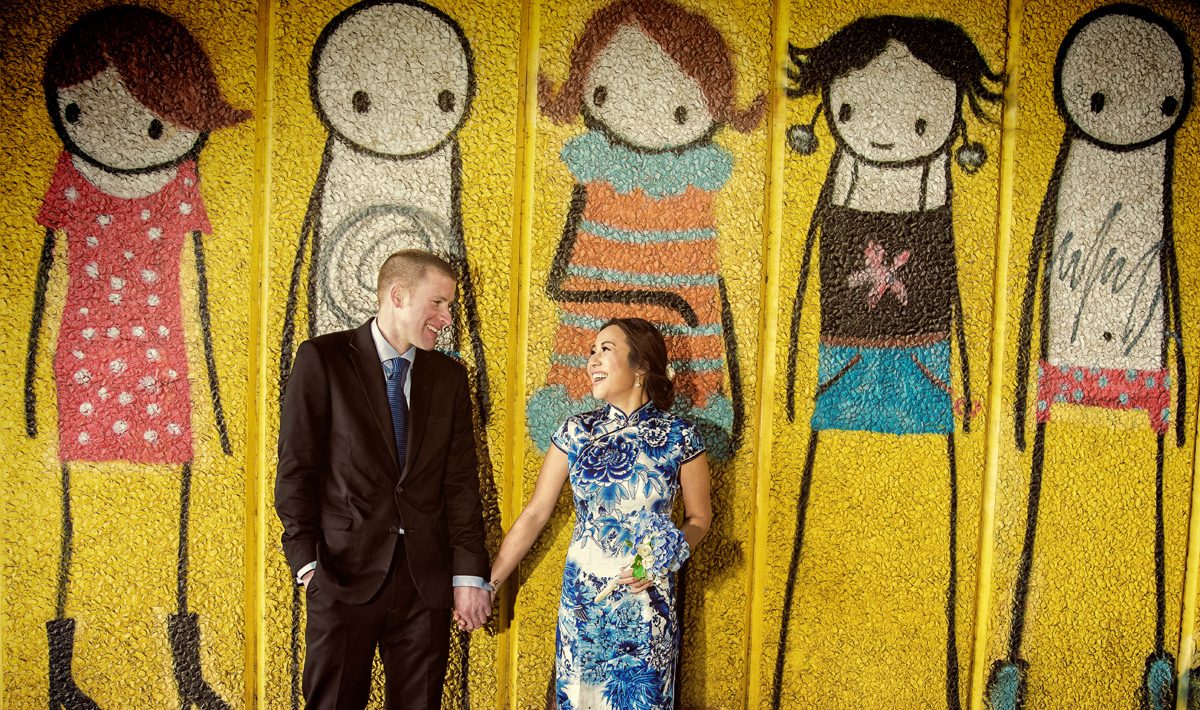 Things kicked off with a quick cappuccino, always a good start it in our opinion, by one of our favourite wedding venues the Oxo Tower. 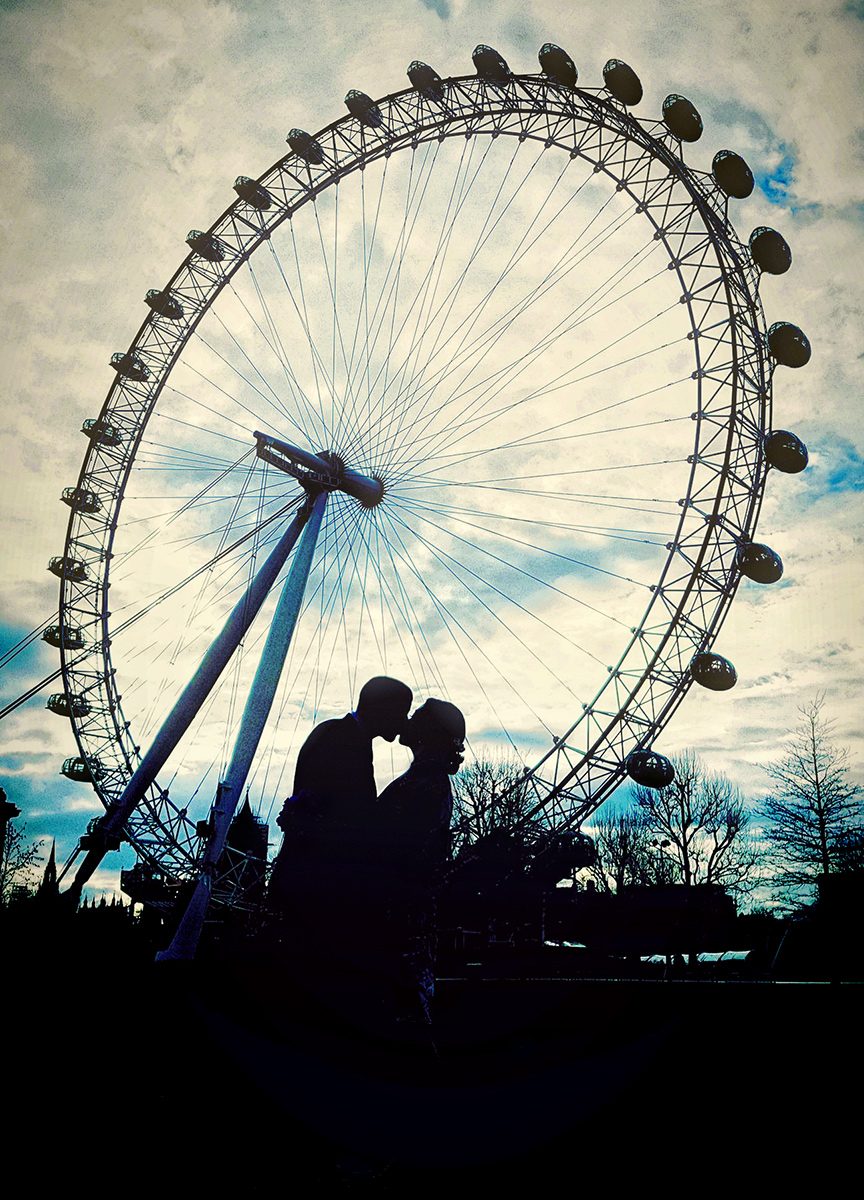 We know all these areas like the proverbial “back of our hands” and relish the chance to photograph around Gabriel’s Wharf and it’s surrounding nooks and crannies. This Tuesday afternoon in March after the ‘beast from the East’ cold spell began with rain and heavy clouds. I asked the couple if they were ok with this and troopers that they were we started their shoot in the rain. Taking a quick peek at the LCD on my rain soaked cameras I could see all he individual drops of rain in front of their faces, which was kind of funky but I hoped for their sake we would get a little bit of dryness too. The rain stopped to order and I worked nice and fast to keep the energy level up. 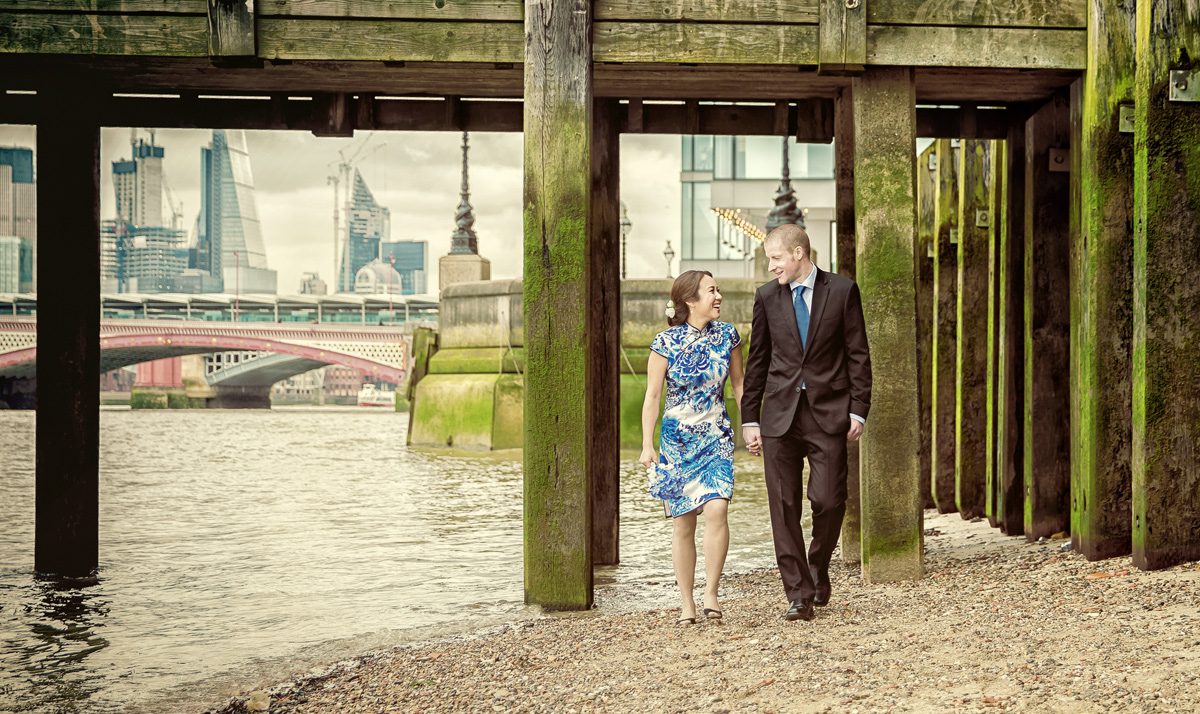 I did this particular shoot on my own (David) which often happens for engagements, and that tends to make things a little more intimate and relaxing too as a bonus. 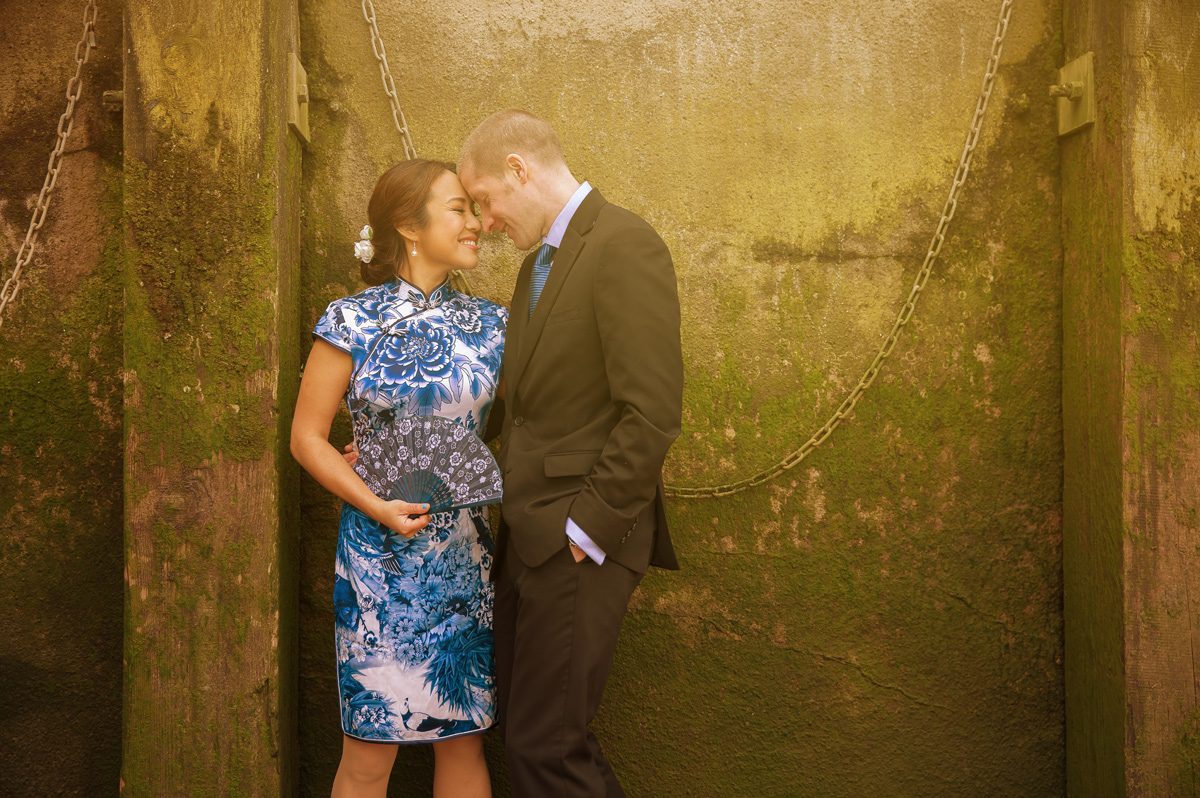 When you photograph in central London you have to accept the fact that there will always be other people around and something happening. So I tend to start in back streets first to get couples acclimatised and then move into more public areas. 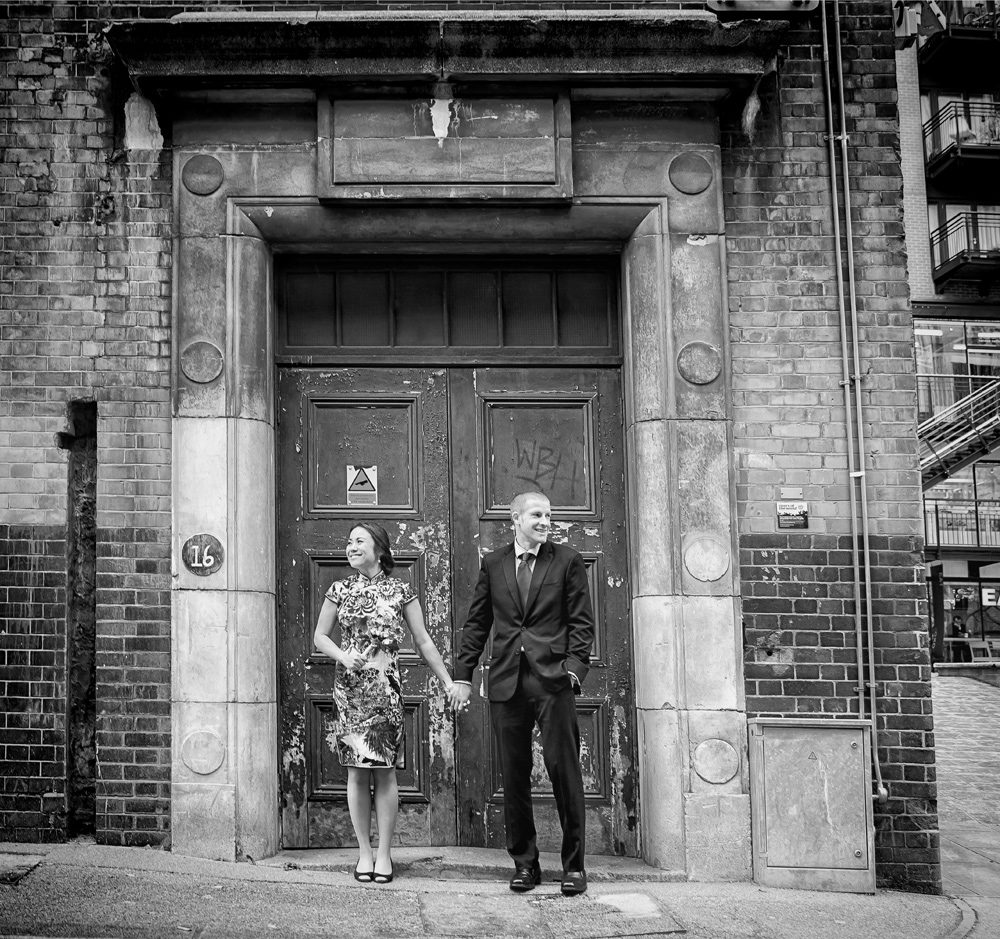 One of the issues professional photographers may well encounter at Southbank are security guards who tend to tell you to move on, and that you are not allowed to photograph here. Sometimes it happens other times not. I will keep my opinion to myself on this one, but we did have to move on twice because of this. 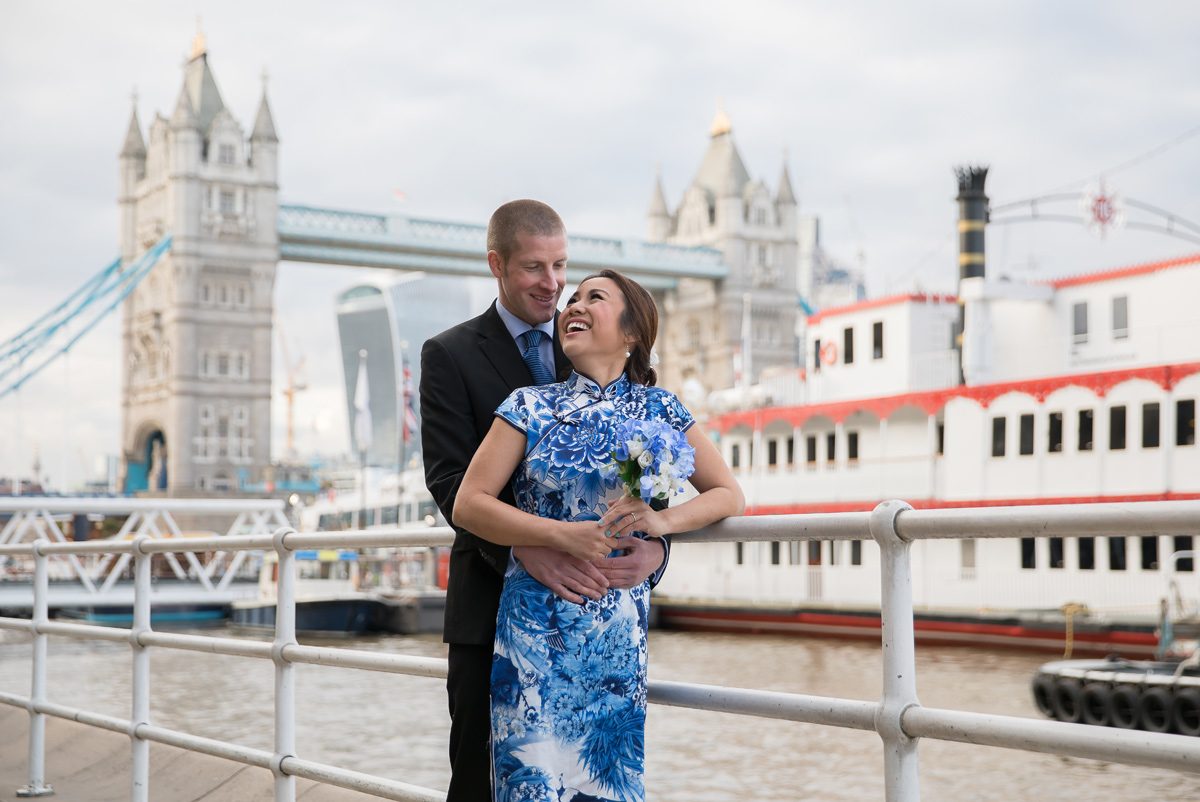 One of those instances was in front of the London Eye. I though this might happen from previous experience so I had to work fast. It’s ironic really as we shoot weddings on the London Eye as official photographers, so it feels very strange to get moved on! 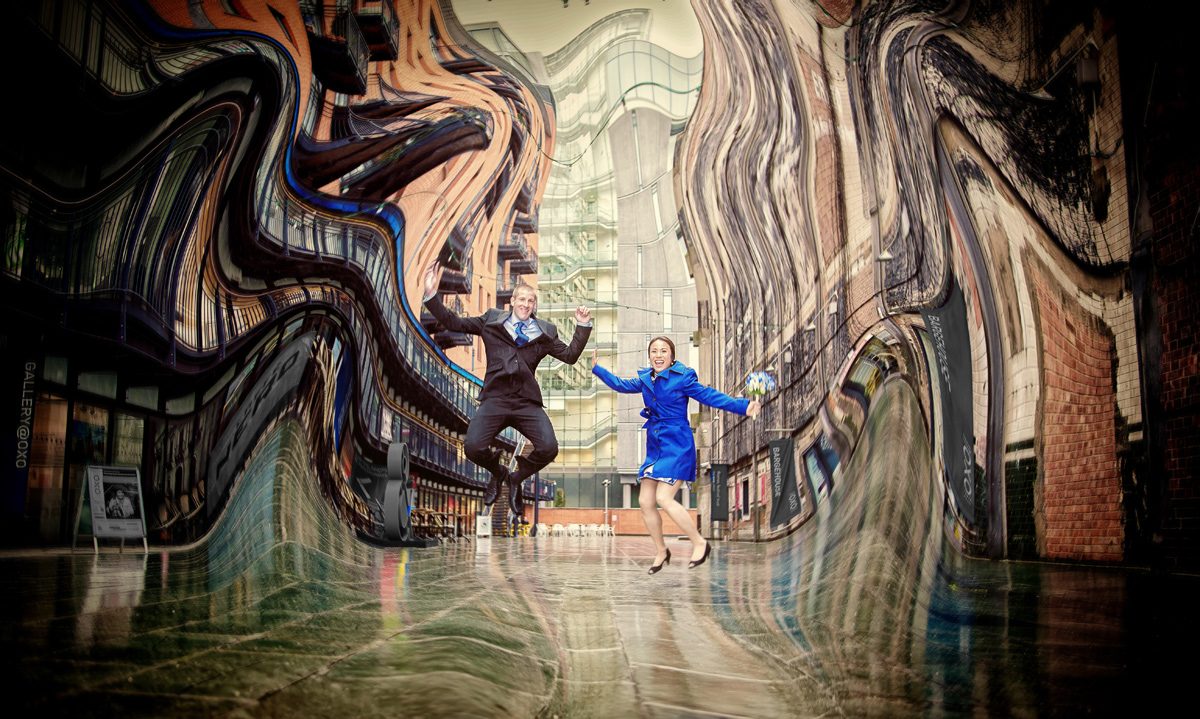 Considering the tiny amount of time we had there I’m very happy with the results we got. 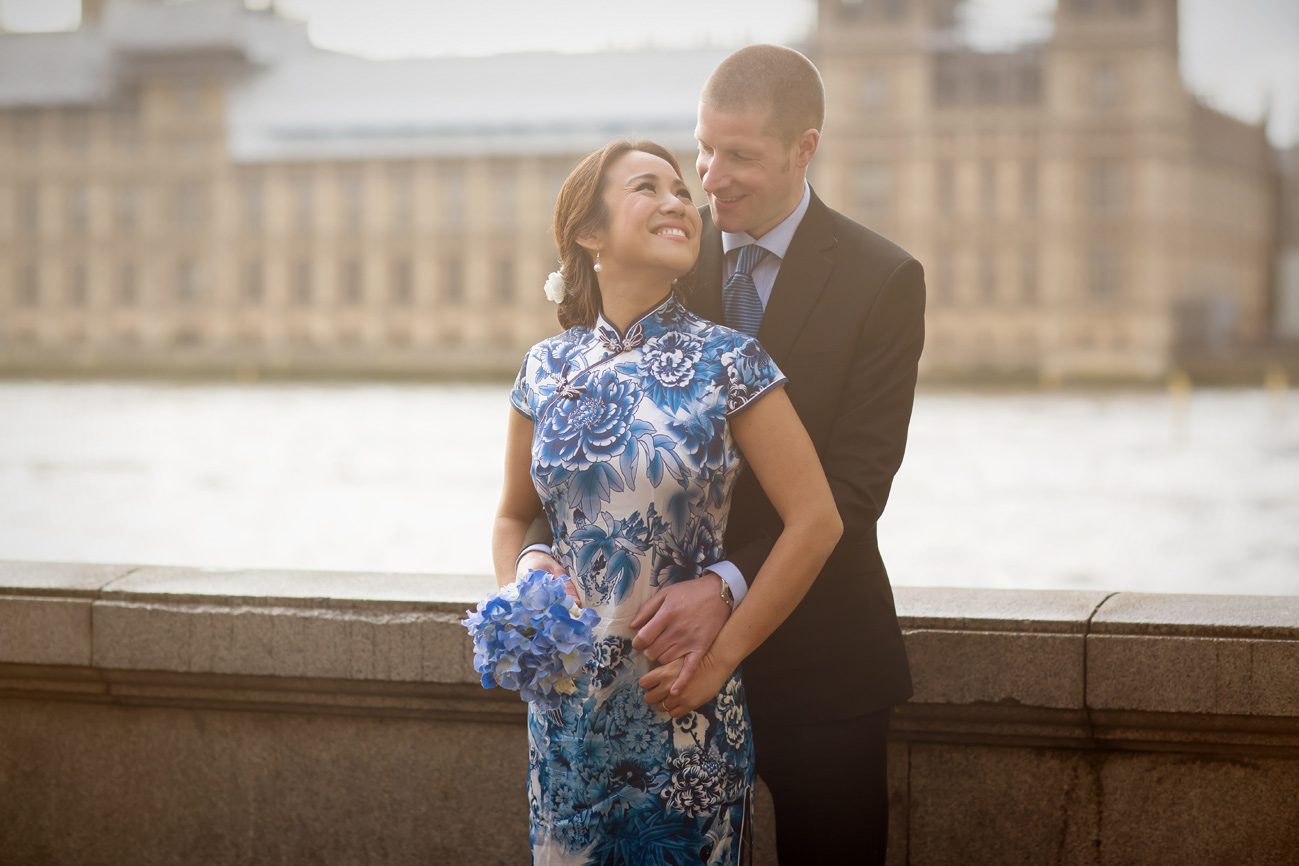 The London and Southbank engagement shoot carried on towards the Houses of Parliament and Westminster Bridge, and then we hopped on an Uber to finish off at Butlers Wharf and Tower bridge. 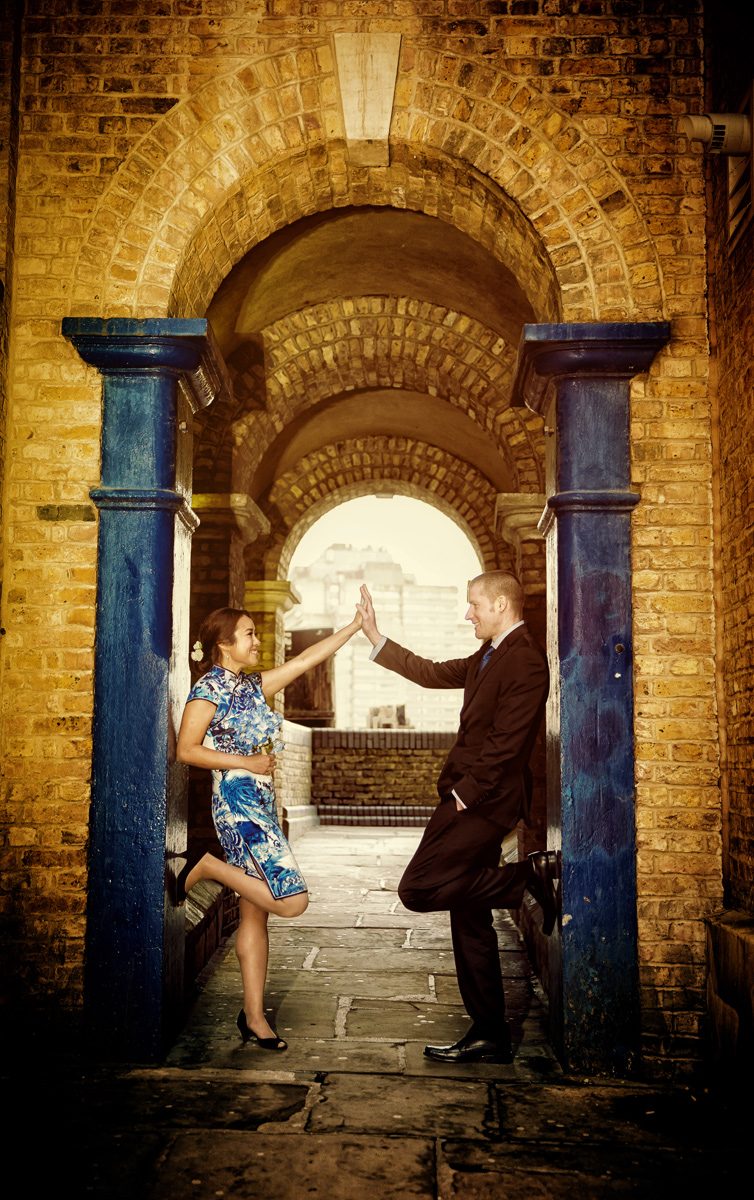 We had lots of fun, and as I mentioned at the beginning of this post it was a great opportunity for us all to get to know each other better.

Roll on the big day itself which will be in one of Hertfordshire’s best wedding venues Hanbury Manor!