We were delighted to be asked to photograph Peter and Mark’s special day, which unknown to us until we arrived turned out to be London borough of Enfield’s first gay wedding.
Right from the beginning when civil partnerships first came into existence, we have been photographing a great many of them in and around the capital, so this was not really unkown territory for us and great to see now that everyone has the chance to fully marry. From our own research, a highly scientific method that involves the question: “so how long have you been together?” we found the average couple has been with each other for about three years before deciding to tie the knot. For a gay couple it seems to be anywhere from five to ten years. These guys confirmed our research… 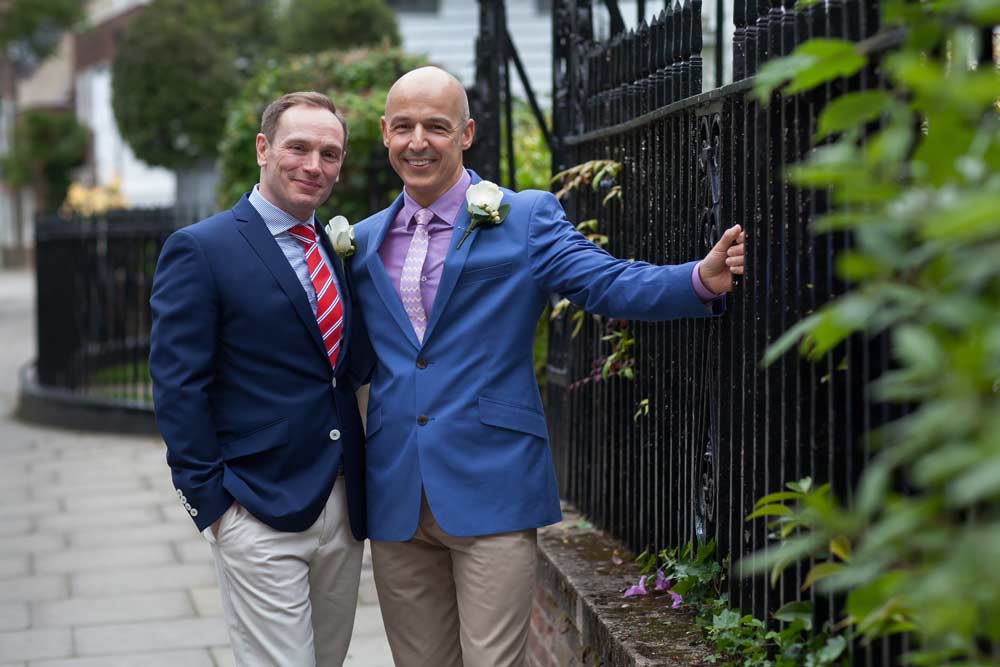 Peter is originally of Italian decent, so a large group of friends and family made the trip over for the day. The ceremony was held at one of London’s prettiest registries, namely Enfield’s at Gentlemens Row.

Afterwards we had family and couple shots along the old streets and canal bridges nearby, It is an area we have photographed many times that never feels stale. The reception followed a short ride away at the four star Royal Chace Hotel, again a venue we have covered for many Enfield weddings and receptions.

We would like to wish Peter and Mark all the very best for the future. What was a new event for the area is sure to herald in a new era of equality for ALL couples, and we were very happy to be a part of it.

Check out our extensive image galleries here: GALLERIES OR just scroll through this blog, it’s full of images! And here’s a quick link to our London wedding collections and their pricing: Pricing