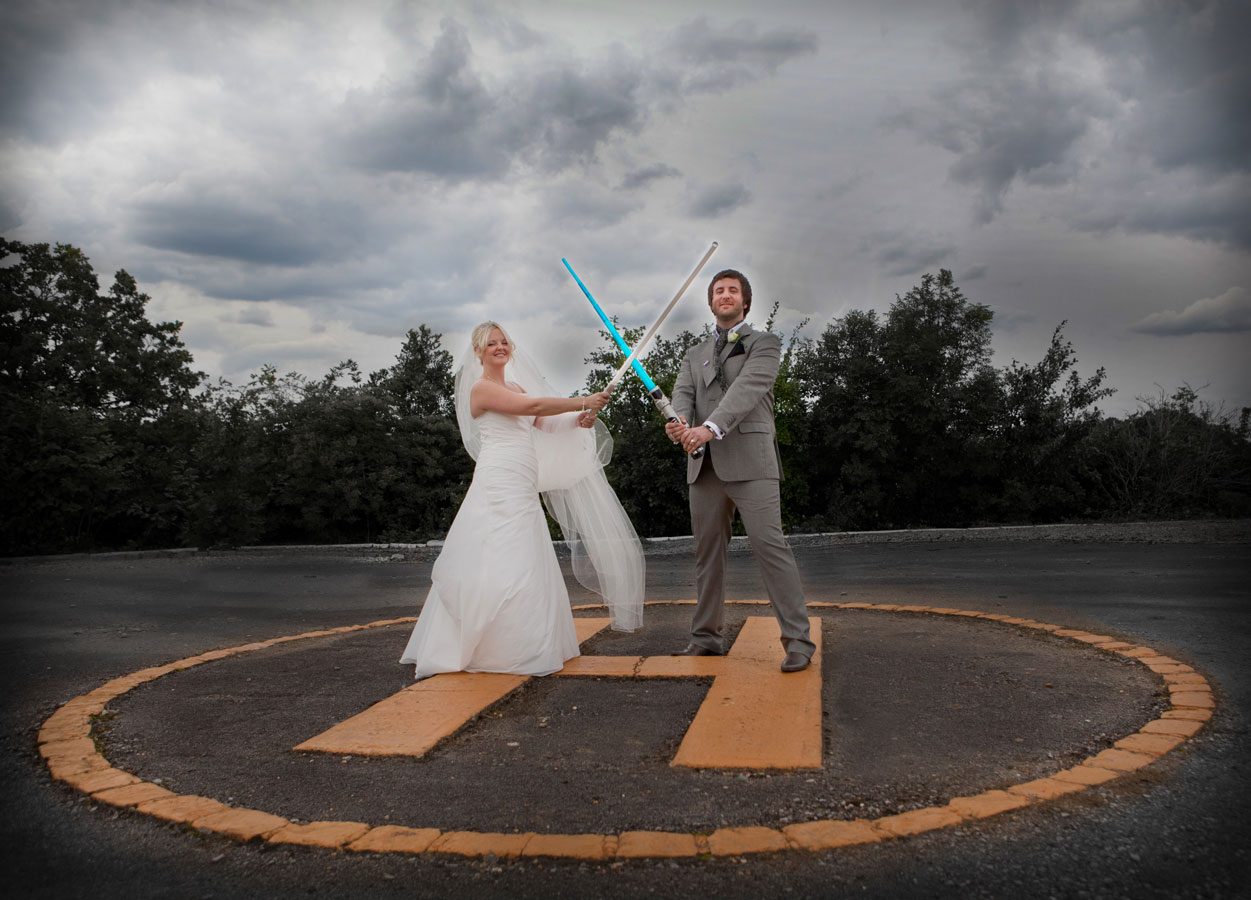 Very happy to say we had a call from a London museum asking permission from us to use a couple of images for their year long exhibition “Just married 150 years of Enfield weddings.” This particular image is actually a few years old but still makes us smile, especially as we had no idea before the big day that Becky and Ben seen here were such big Star Wars fans. This was shot on the helicopter landing pad at the Royal Chase hotel in Enfield with rain clouds fast approaching. The civil ceremony was held earlier in the Manderville Suite of the hotel and there’s an image below of the moments right after the happy couple had been pronounced man and wife. Information about the museum’s exibition can be found here: Enfield Museum

We have worked in and around Enfield many times, and also photographed the first official gay wedding in that area of North London. The museum wanted to feature those images too as a landmark occasion, but understandbly that particular days couple wanted to keep their image and identity private. 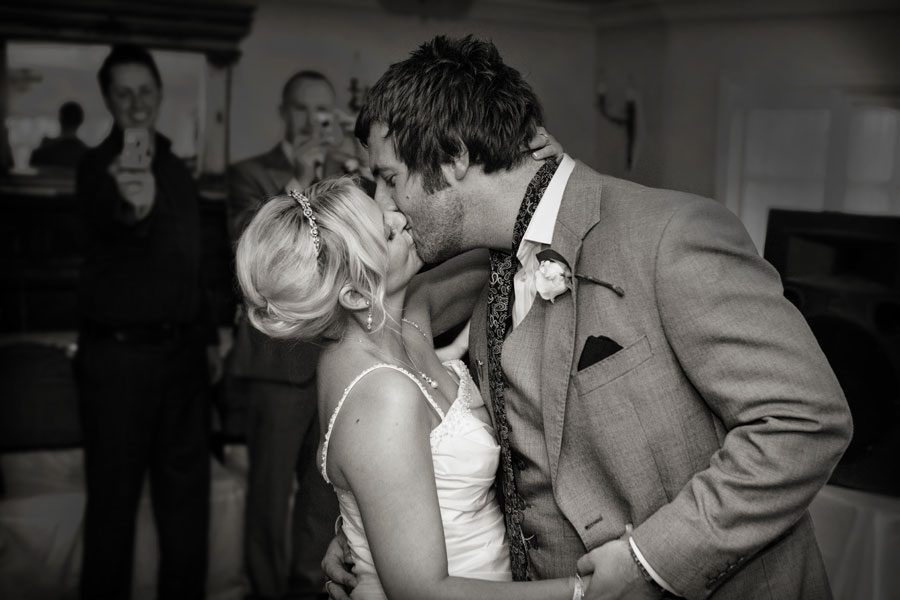