When we started capturing wedding days St Paul’s was on our bucket list of places to photograph, if the opportunity arose. Little did we think we would be there multiple times, let alone become regular St Paul’s Cathedral wedding photographers. 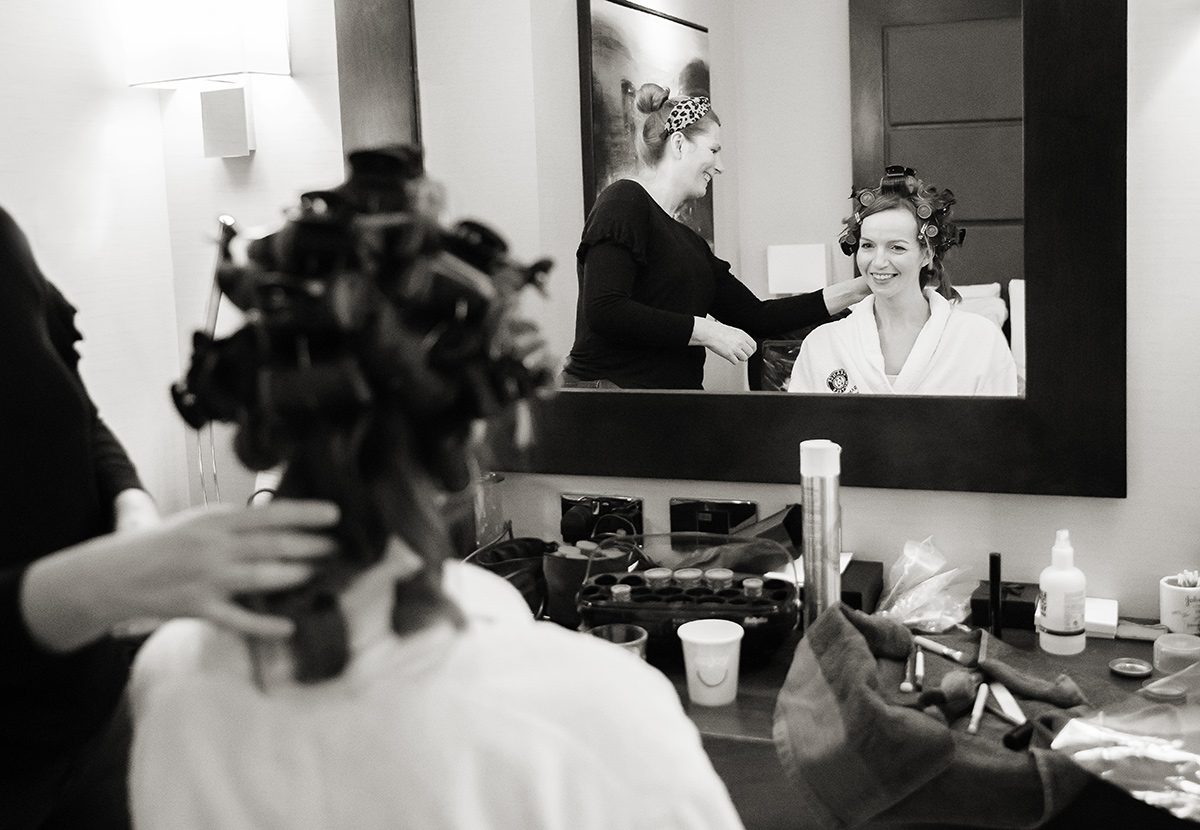 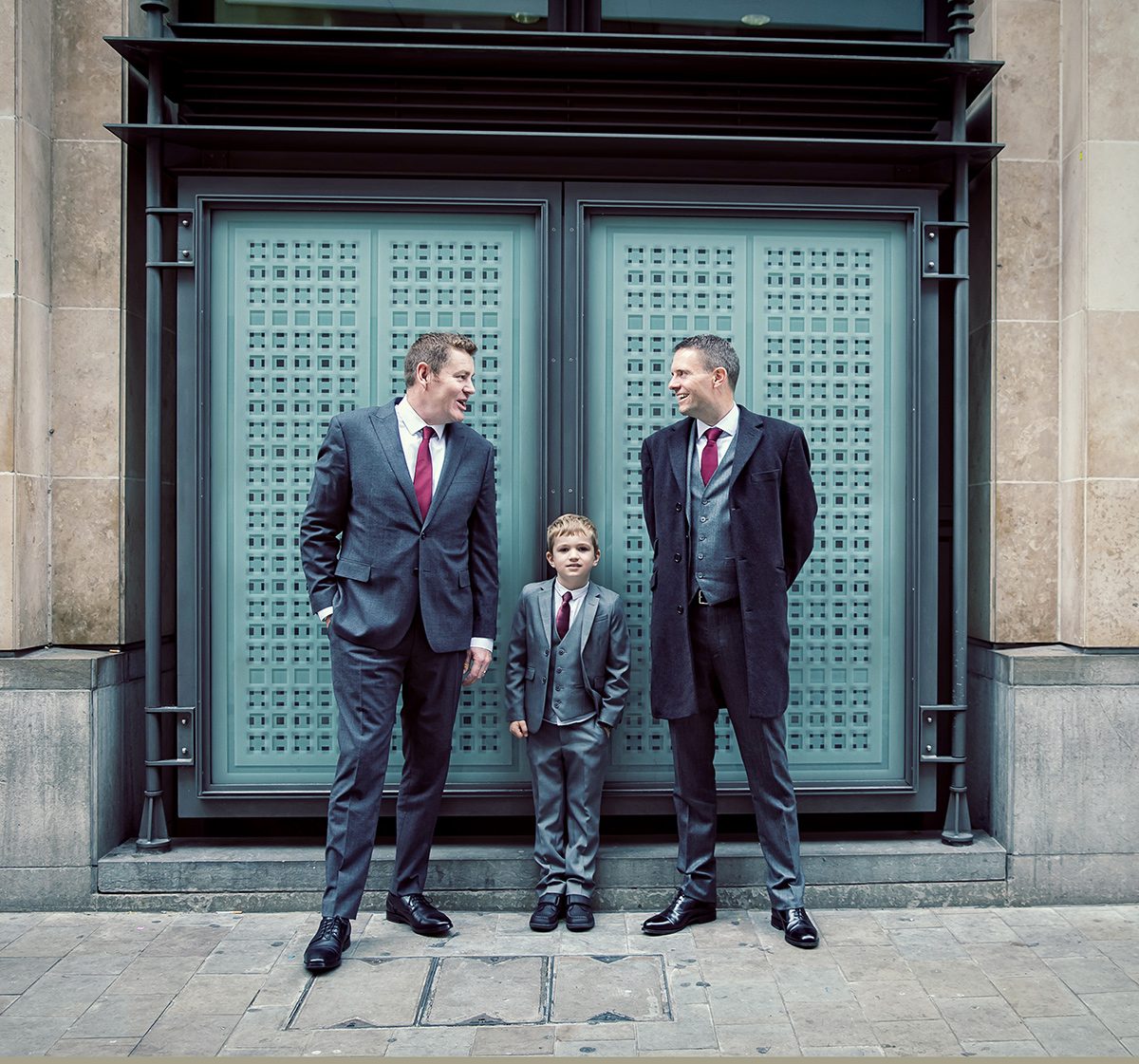 When ‘J’ and ‘N’ got in touch to tell us their big day plans for a ceremony at this national treasure, we knew exactly what to expect and also the protocol and rules that St Paul’s asks wedding photographers to abide by. 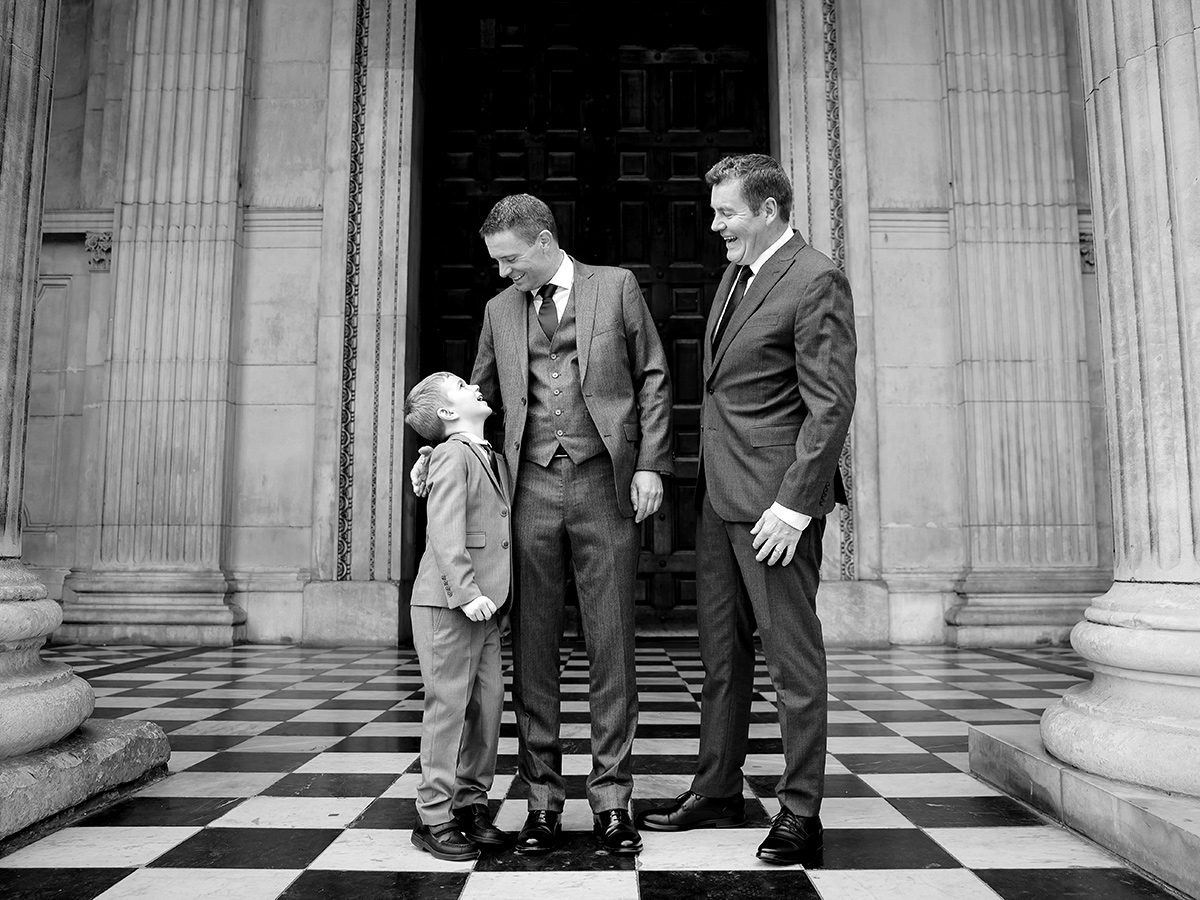 Having done an engagement shoot with these guys in Greenwich Park, we had already got to know them a little better and what worked best for them image wise. Here’s one of those images below.

The day started with myself jogging between ‘J’ and her bridal prep at the lovely Leonardo Hotel in the shadow of the cathedral itself, and then with N with his son and best man at a coffee shop a few streets away. Joanna stayed with the bridal party because she doesn’t like jogging, ha ha just a little joke of course. 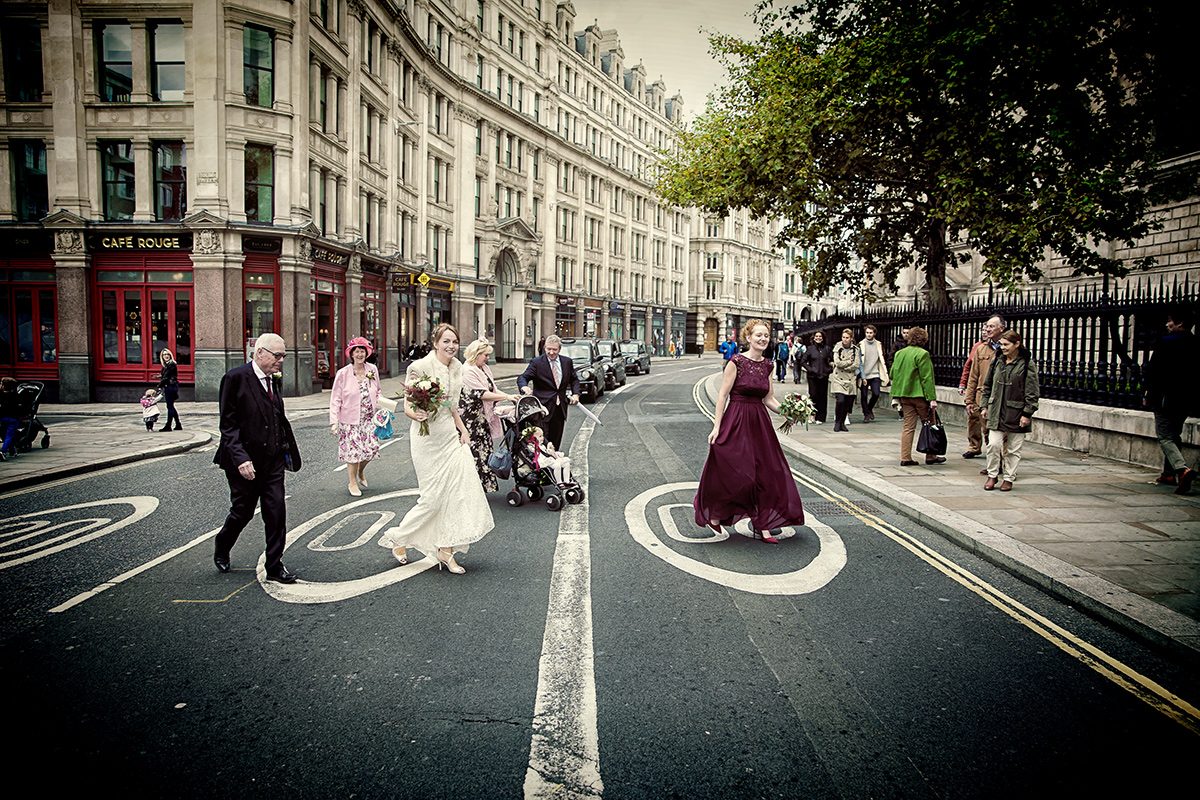 When the time came I also took a bunch of candid and messing around shots with the wedding party meeting on the famous steps of the cathedral. These parts of the day are always interesting because it’s such a public space and you know that the photographer and their antics are also becoming an Instagram post for someone visiting the capital. 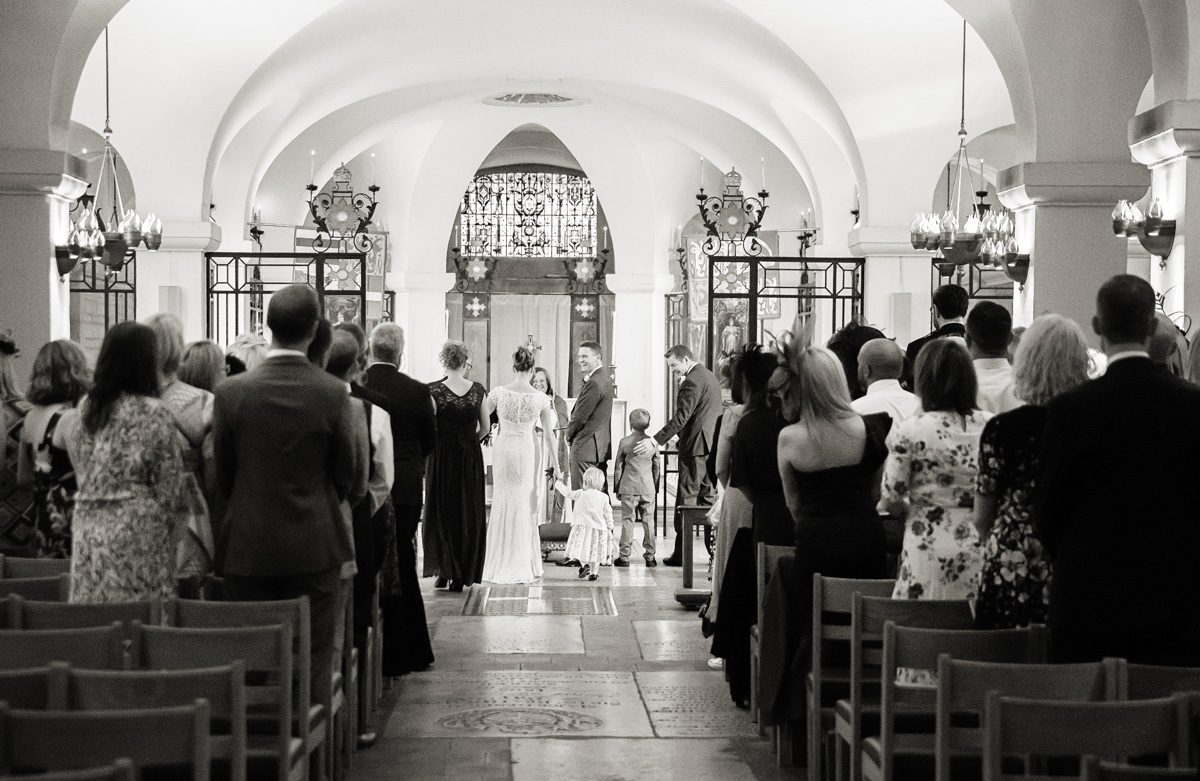 For wedding ceremonies at St Paul’s everything takes place in the atmospheric OBE chapel. For photographers the rules are strict. We are only allowed to photograph the wedding party before the ceremony, then the brides entrance, the first hymn and the recessional. All shots have to be from the very back of the chapel, and all without flash of any kind. No problem! 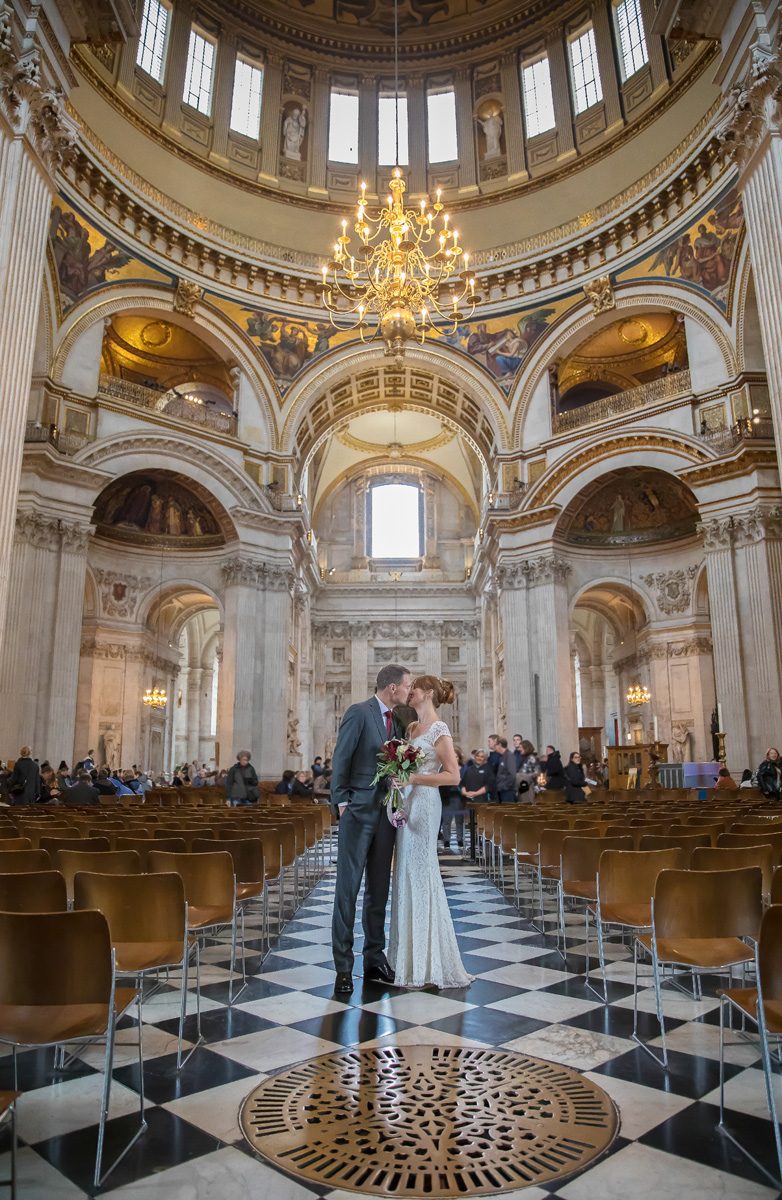 After the ceremony there is a couple of minutes to be able to take non flash shots under the iconic dome, so there will always be interested members of the public behind you. 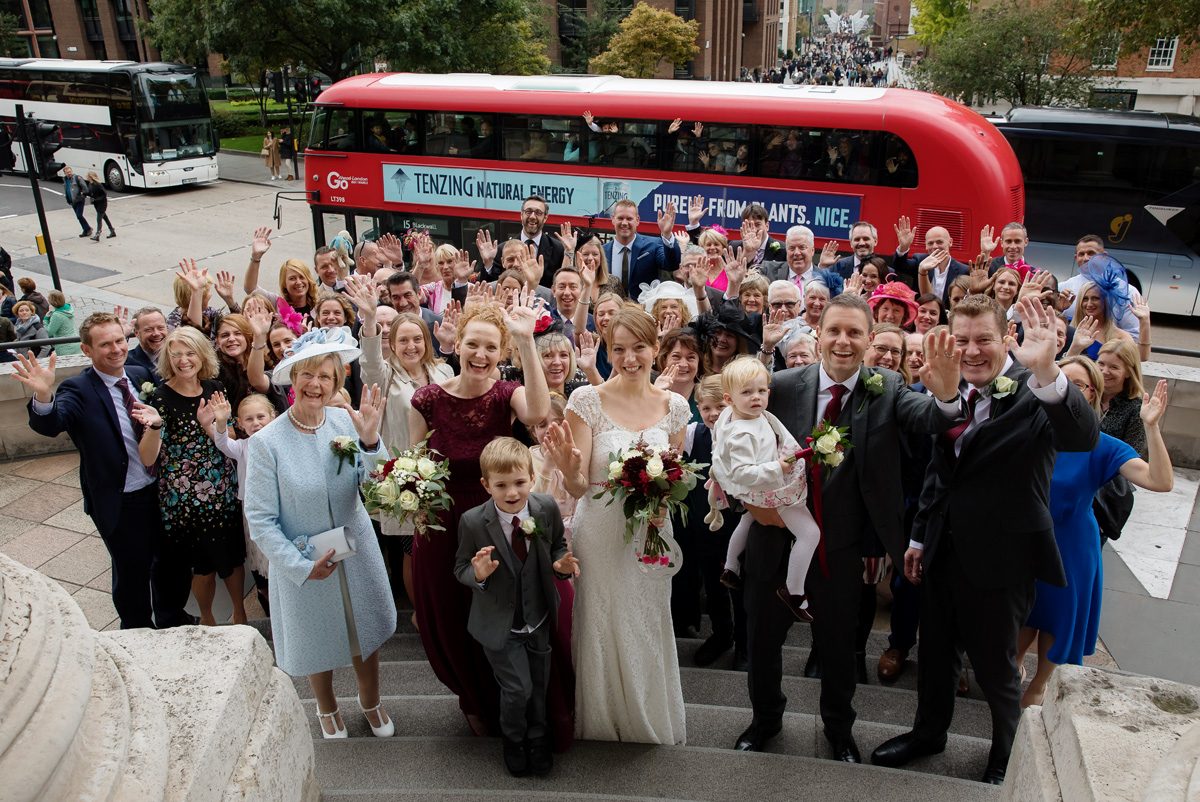 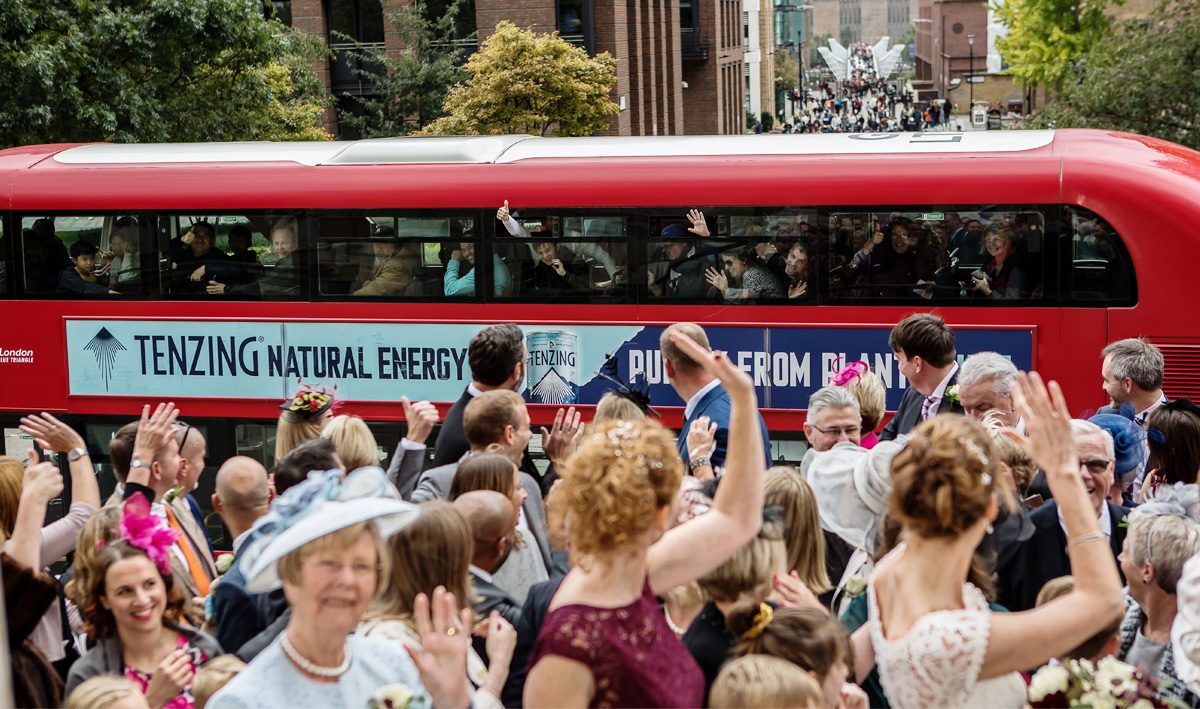 The place where we usually do any requested family and friends shots on the steps of the north transept entrance, was having some renovation. That is a fairly private area, whereas the south transept we had to use as an alternative exit is not. Nevertheless we got some great shots, and I particularly liked involving the public on their London buses waving at us all. See the pics above 🙂 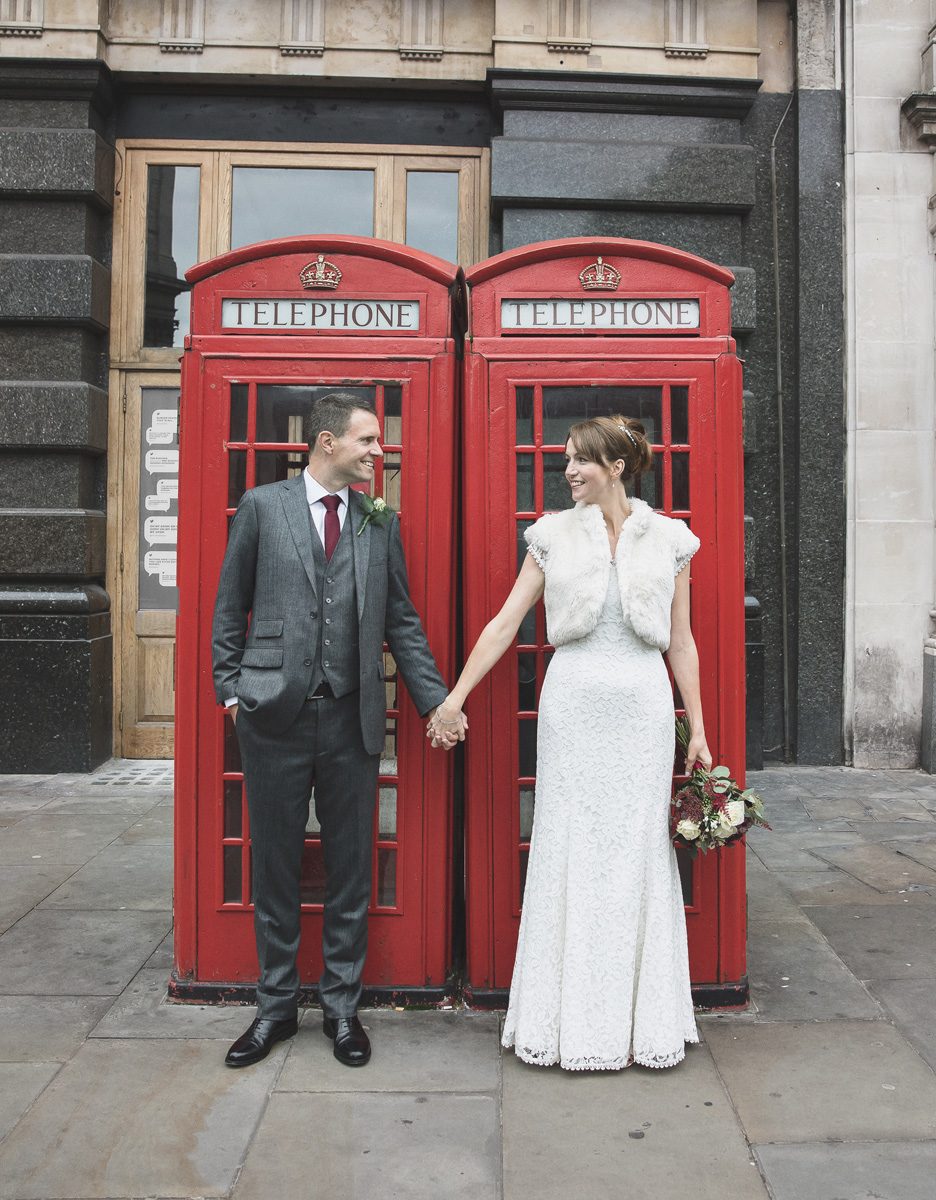 After that it was time for the wedding party to head to old Smithfield and the impressive Butcher’s Hook and Cleaver gastro pub. 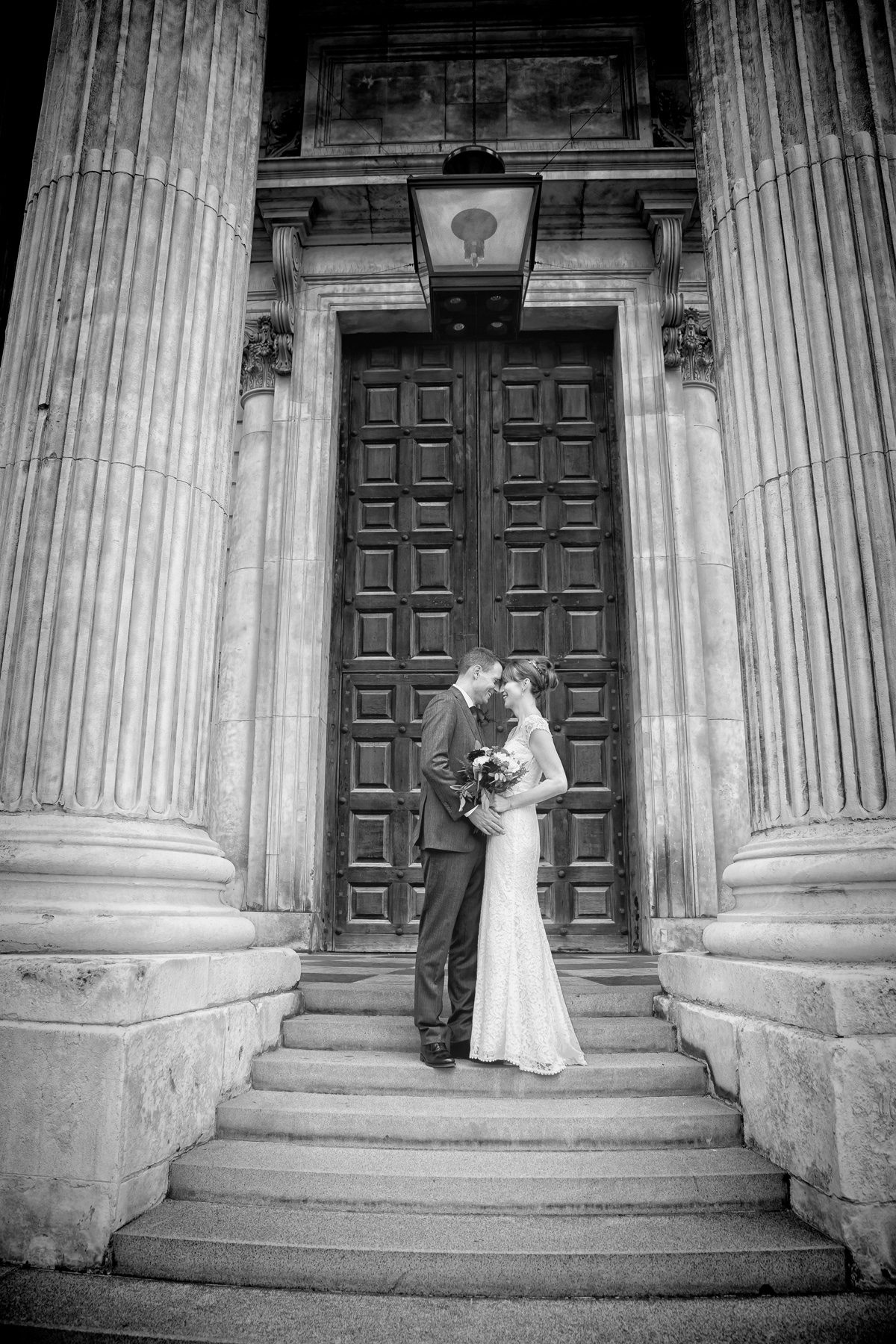 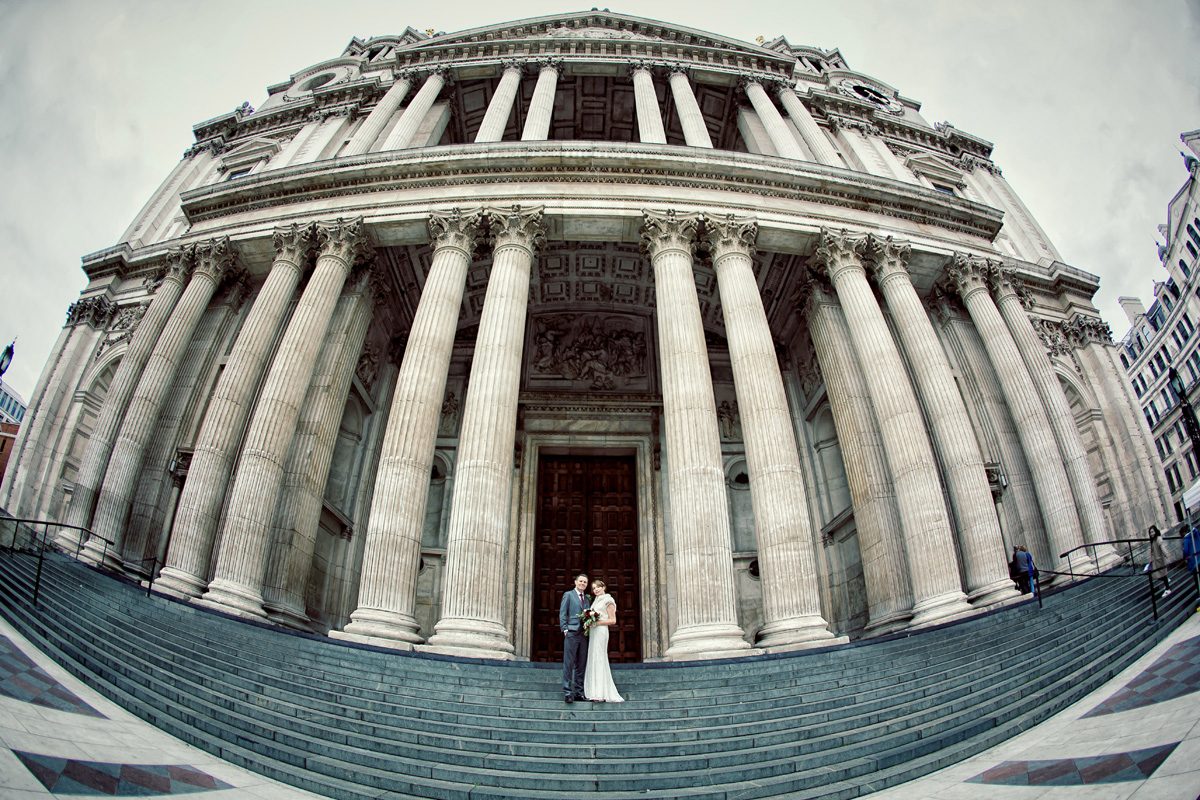 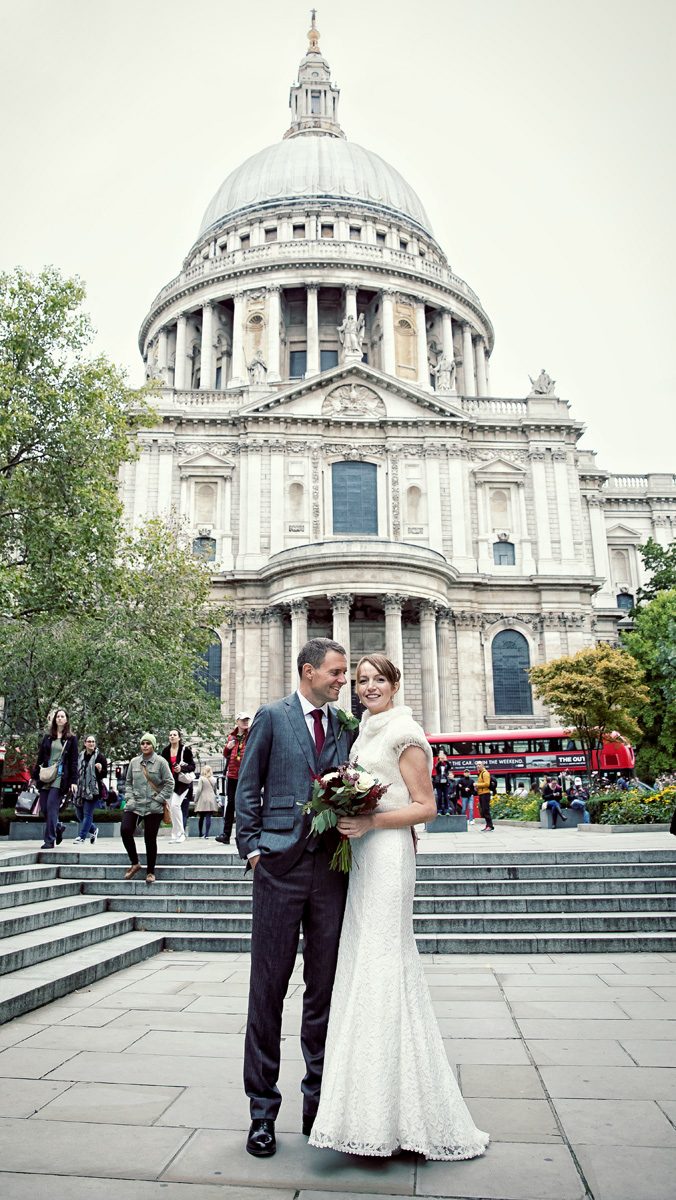 While this happened we spent half an hour with the newly weds doing some quick couple shots around St Paul’s, and then by Smithfield Market itself. It’s one of our favourite parts of the day, and from what couples tell us, one of theirs too. 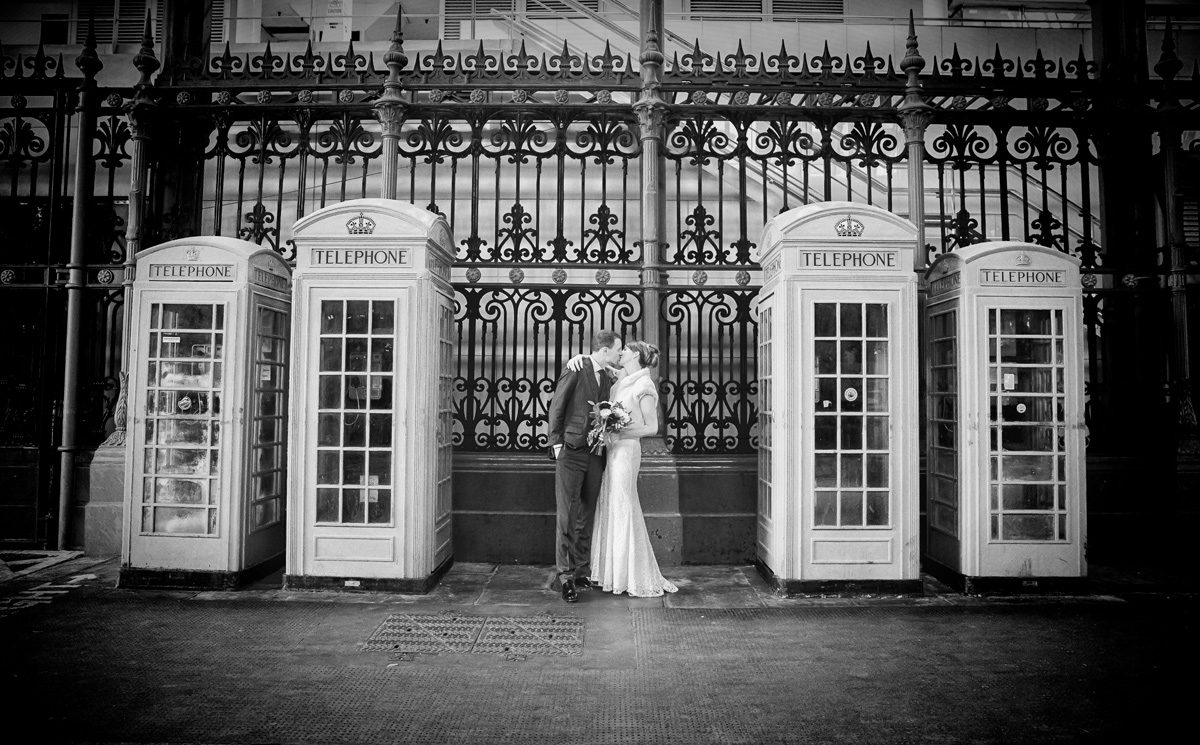 A fantastic drinks reception at the Butchers Hook and Cleaver was followed by speeches, cake cutting, much merriment and an excellent live band to boogie the night away to. 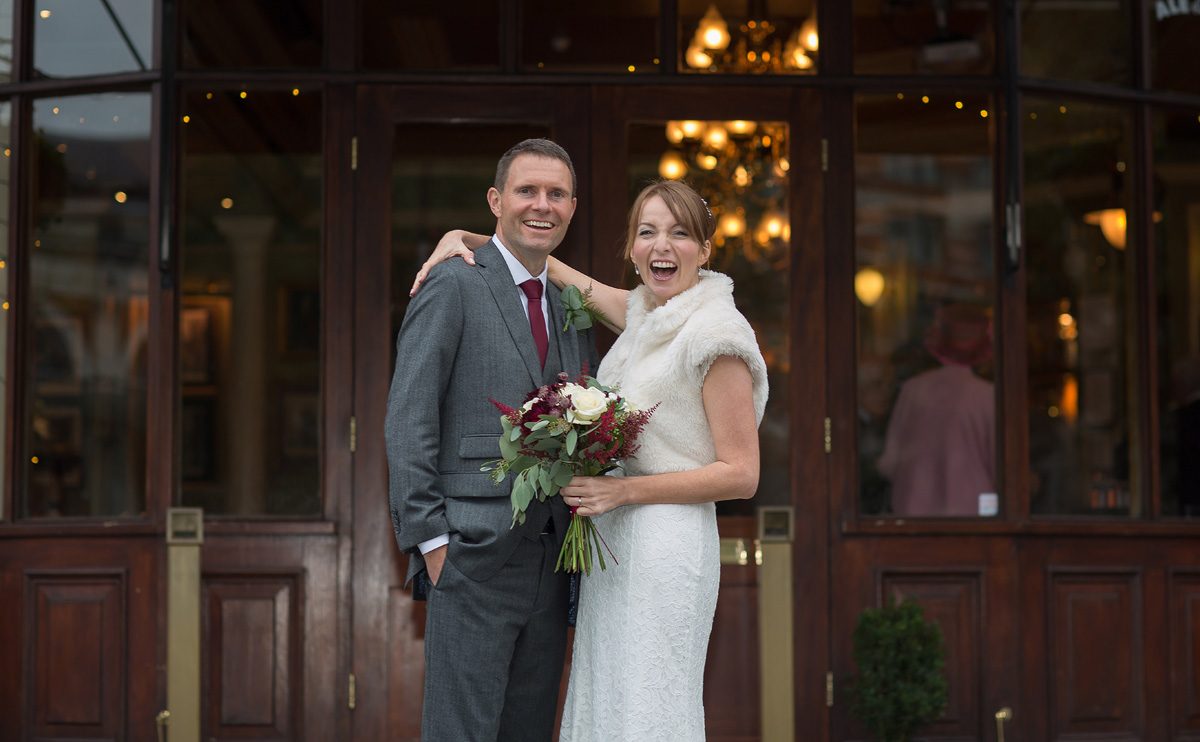 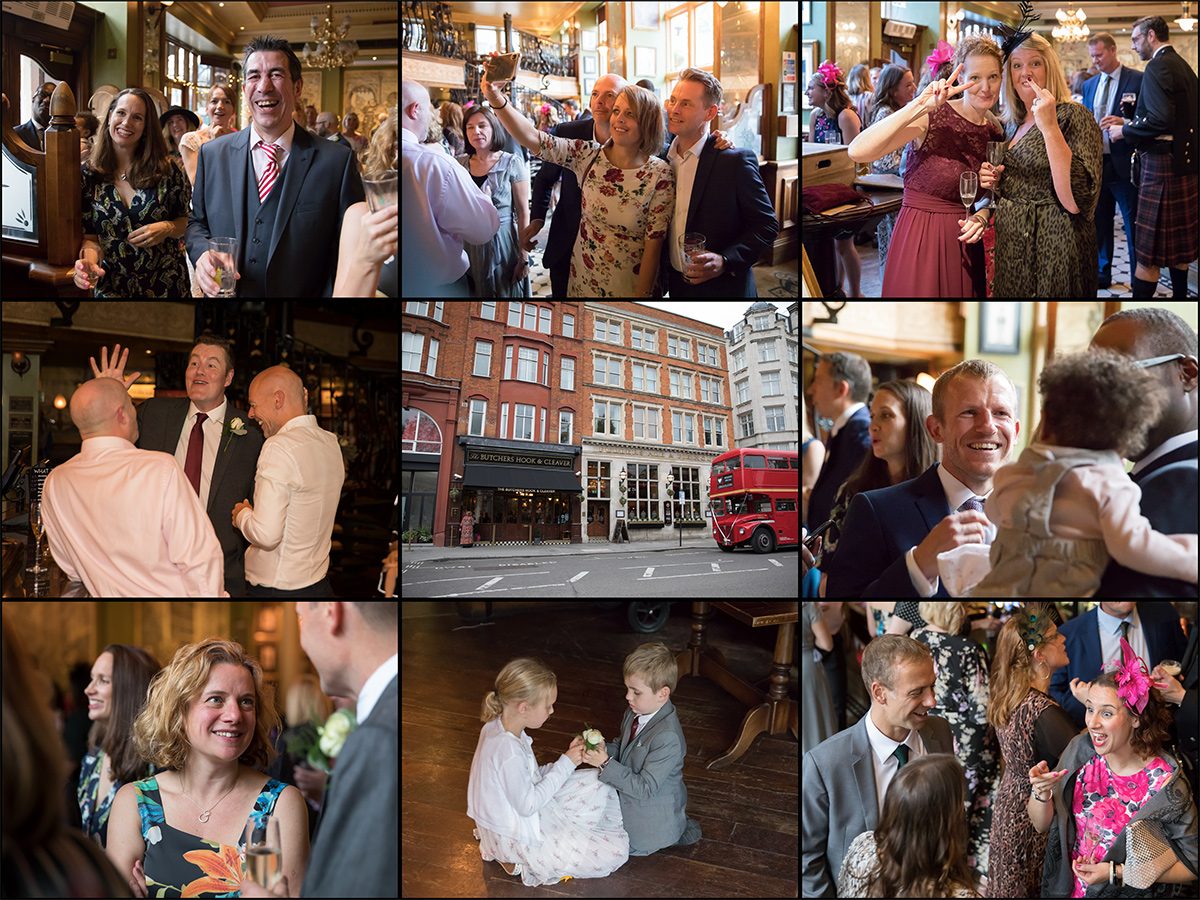 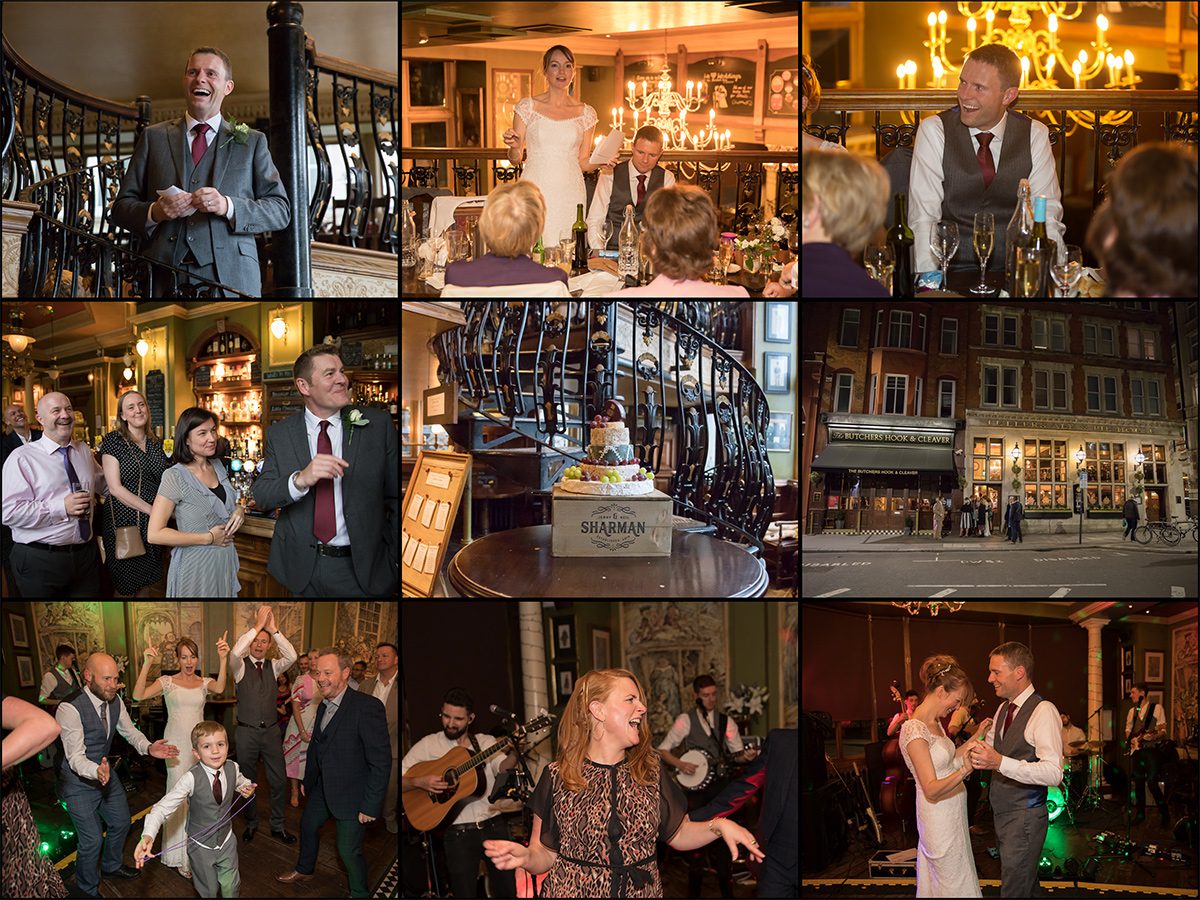 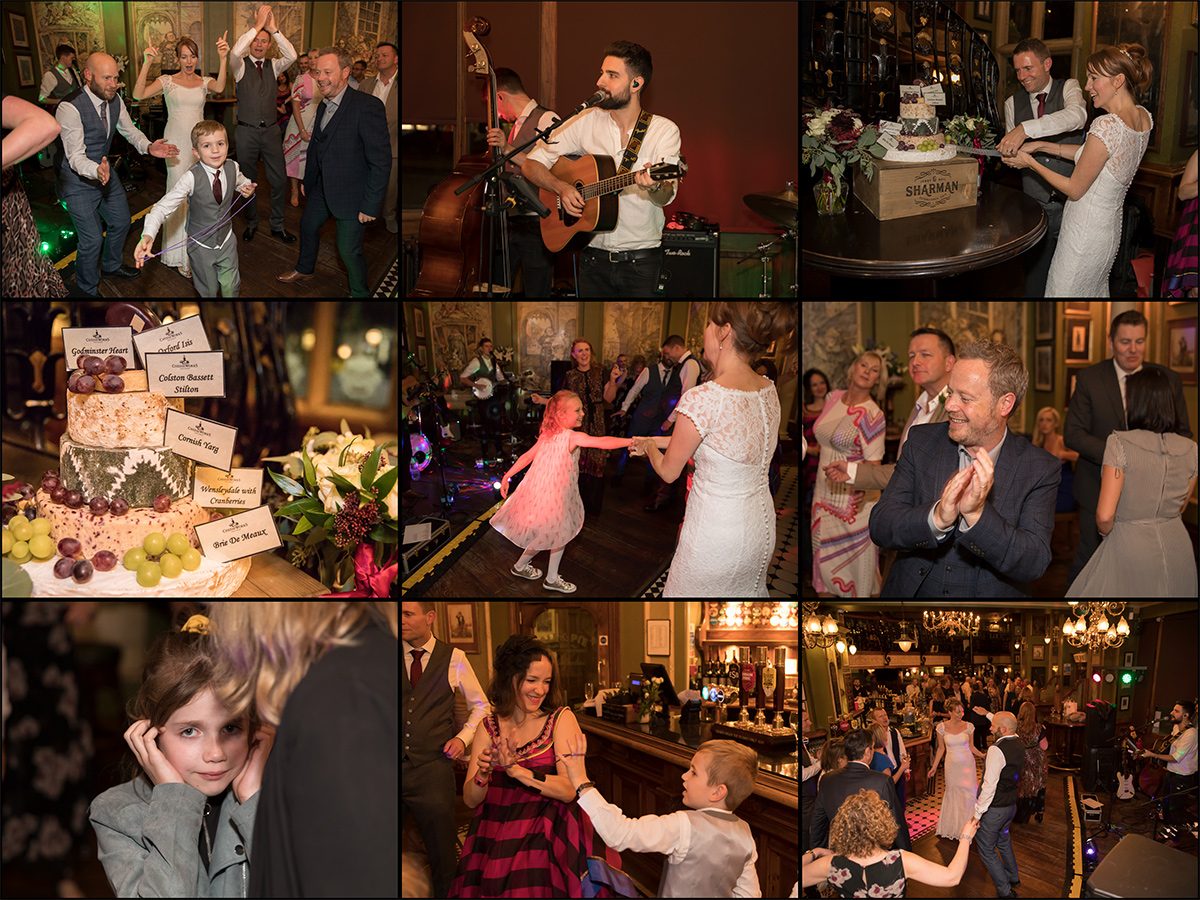