When we met with Noor and David we were excited to hear they were celebrating their wedding day at London’s Oxo Tower on the Southbank. It’s an area we have taken the kids to many a Sunday for a stroll around the galleries, eateries and shops, and one that we have returned to many other times for central London engagement shoots. 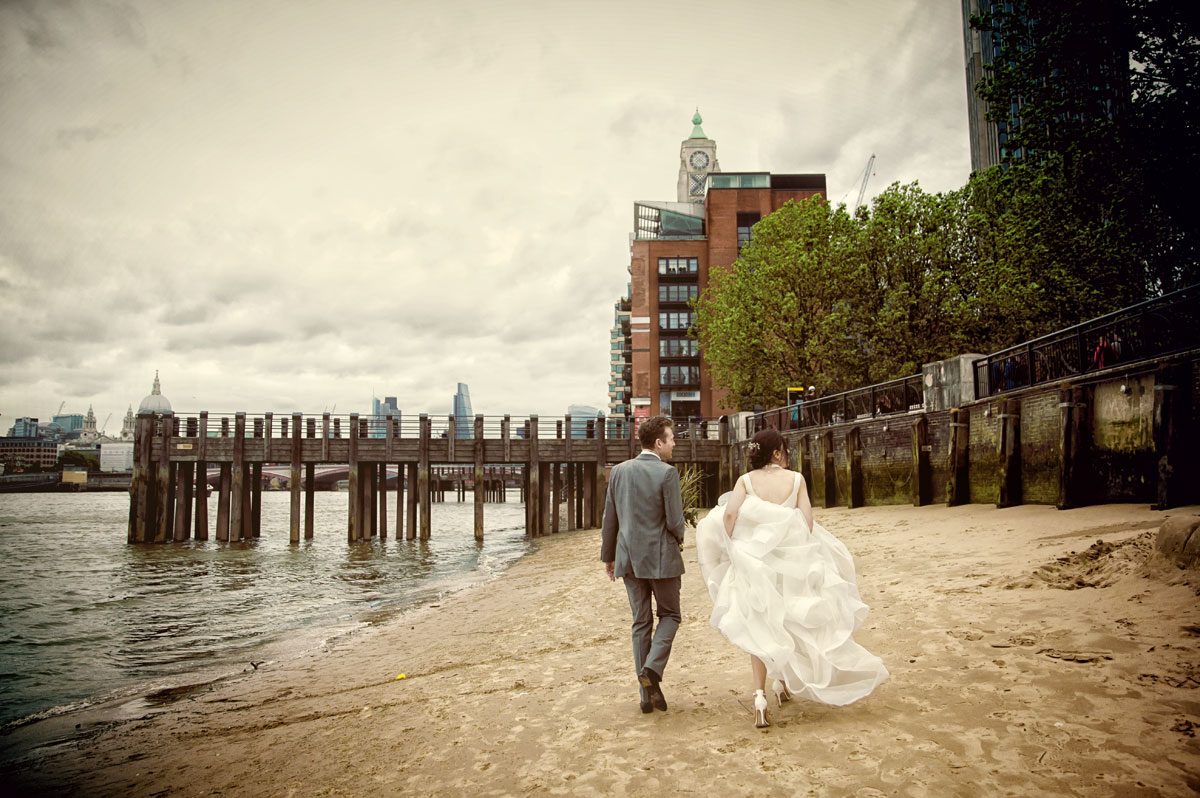 This particular fine days photo coverage started with David documenting Noor and her bridesmaids getting ready at her parents house. While Joanna began with  groom David at St George’s Cathedral in Southwark which they had chosen to host their wedding ceremony. 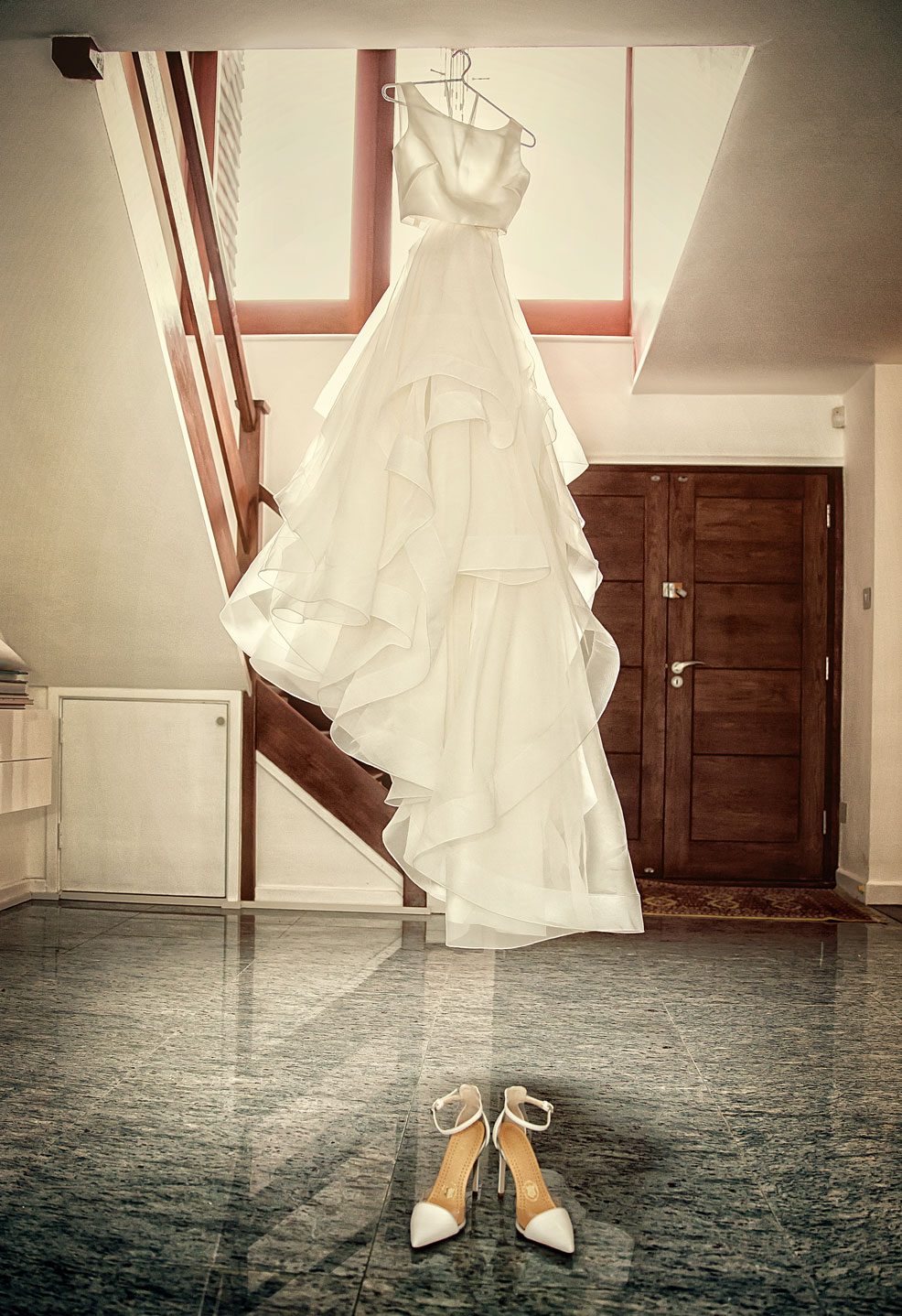 The church was finished in 1848 and was considered the most important catholic cathedral in England in it’s day. Unfortunately it was bombed in the second word war and had to be extensively rebuilt though it retained it’s beauty. 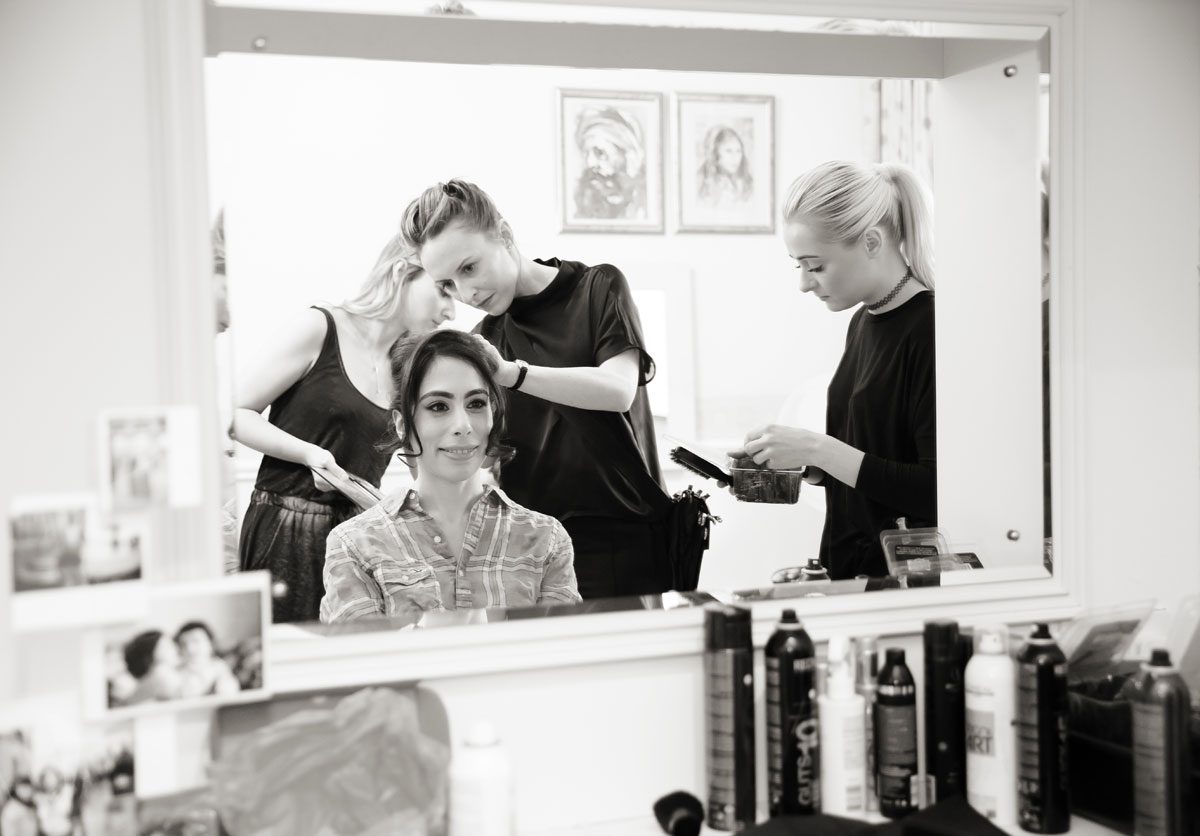 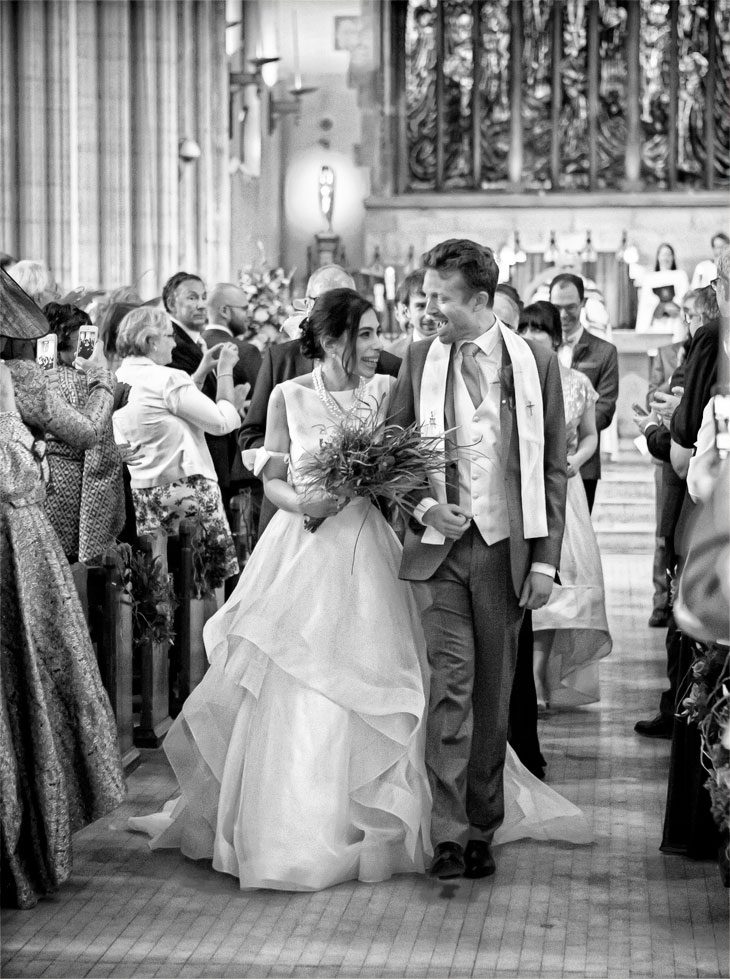 After the ceremony the wedding party headed to the Southbank and the Oxo Tower for the couples lavish reception and wedding breakfast. 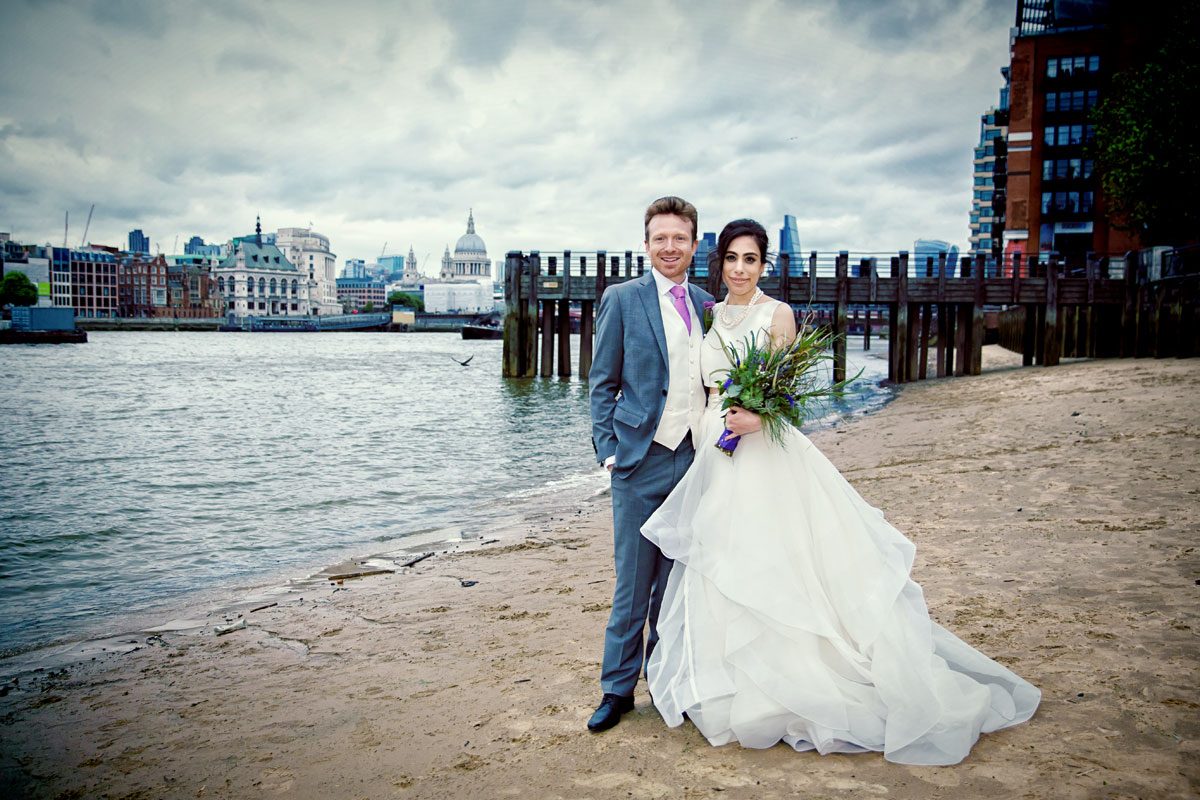 We shot much in a documentary style capturing the laughter and emotions of the day, but also had fifteen minutes alone outside with the couple too to get some extra shots. Fifteen minutes isn’t long (David timed it!) but we are used to getting what is needed quickly in whatever time scale we are allowed. 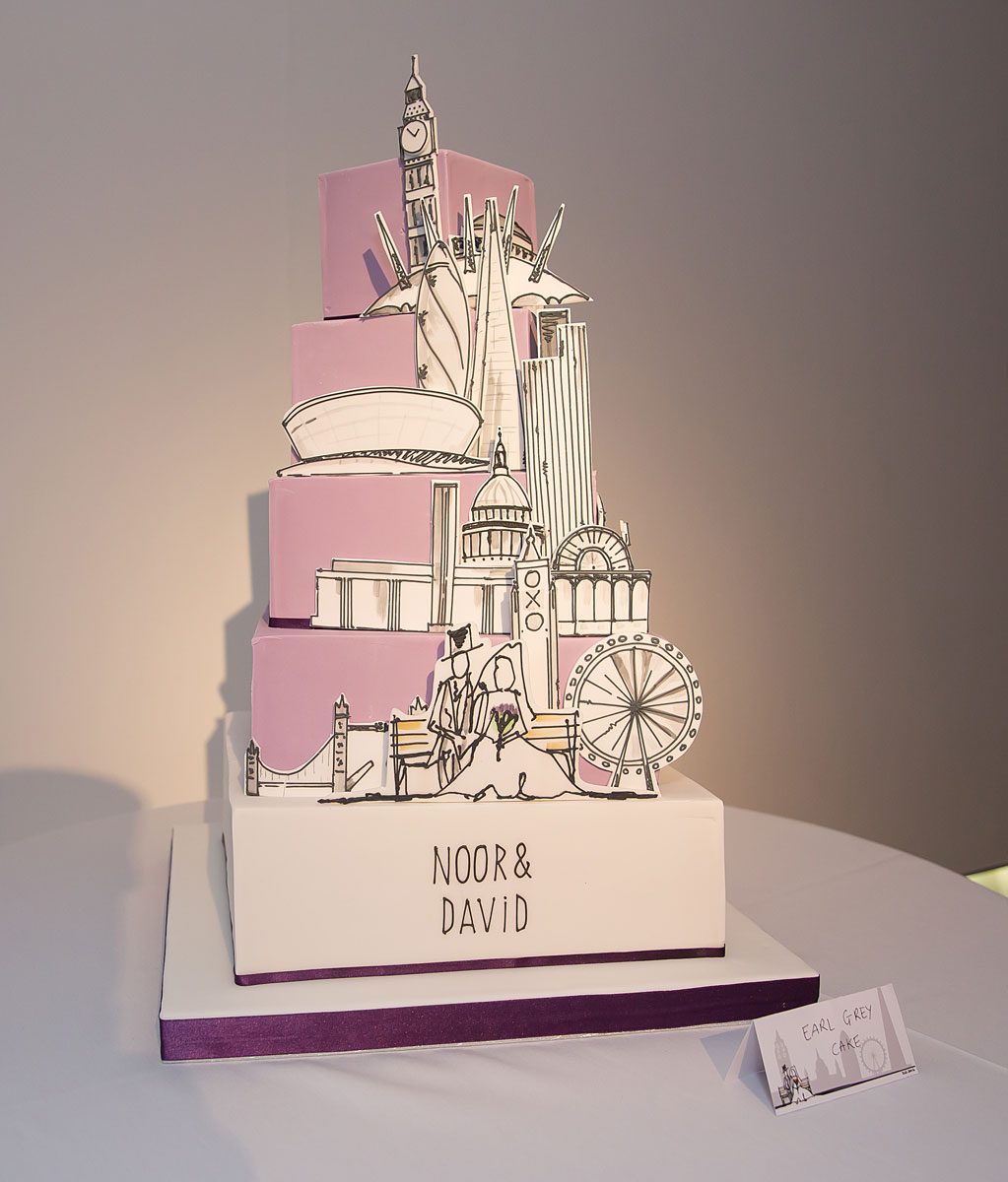 Back at the reception we finished with speeches, cake cutting and first dance. 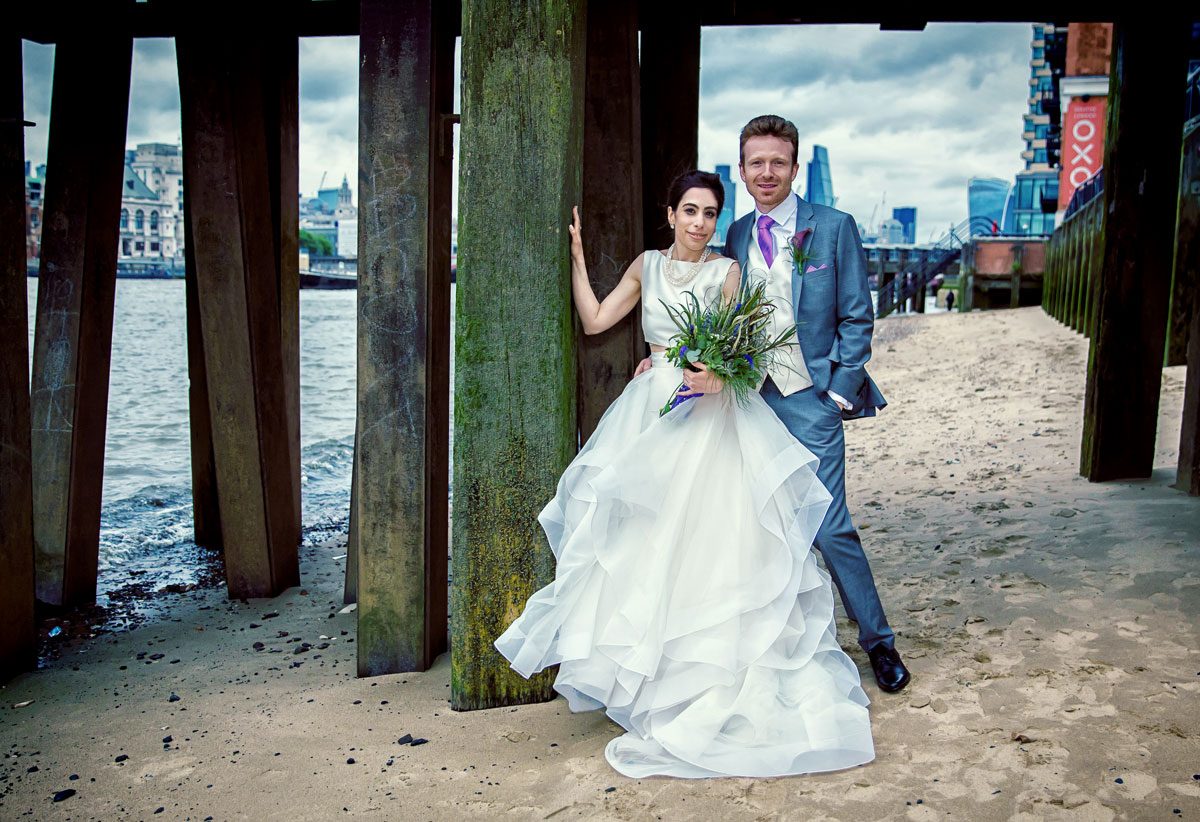 You can read about more photo shoots on London’s Southbank here: