It’s a great place to visit as a Langham hotel wedding photographer, but the very first time I went to this fantastic hotel was with my accountant some years ago. On that day we had lunch in central London and the book keeper extraordinaire wanted to arrange a weekend break for himself and his wife at the hotel. We stood and chatted while he booked himself a double room as a romantic surprise, well, to my surprise and my accountant Richard’s horror the receptionist then wished us both a lovely stay when we were due to come back for the weekend together! It made me laugh at the time! Anyway it’s always great to be back, and here are a few shots from Layla and Sean’s wedding there. 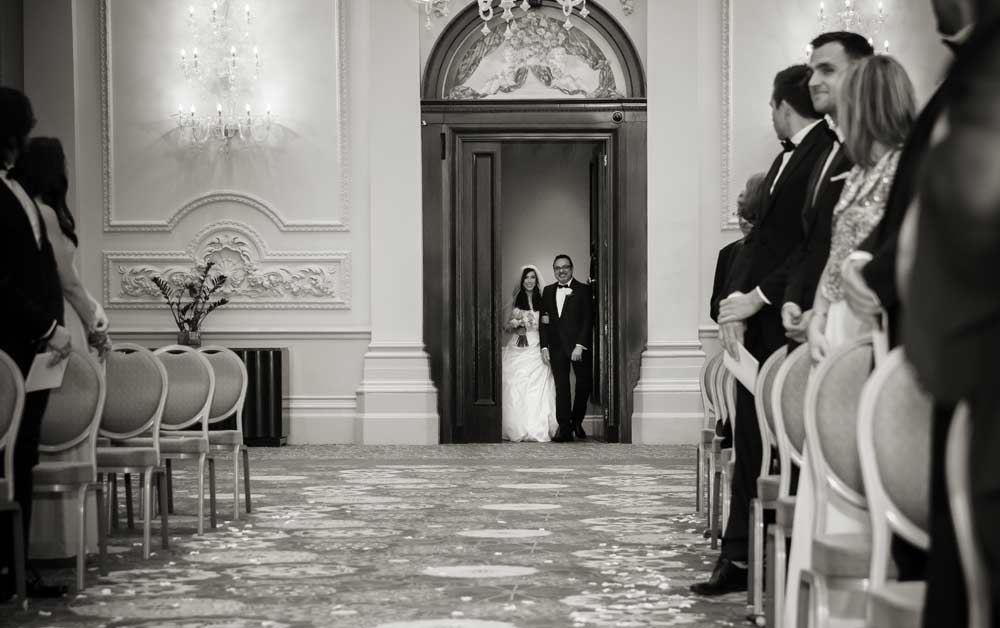 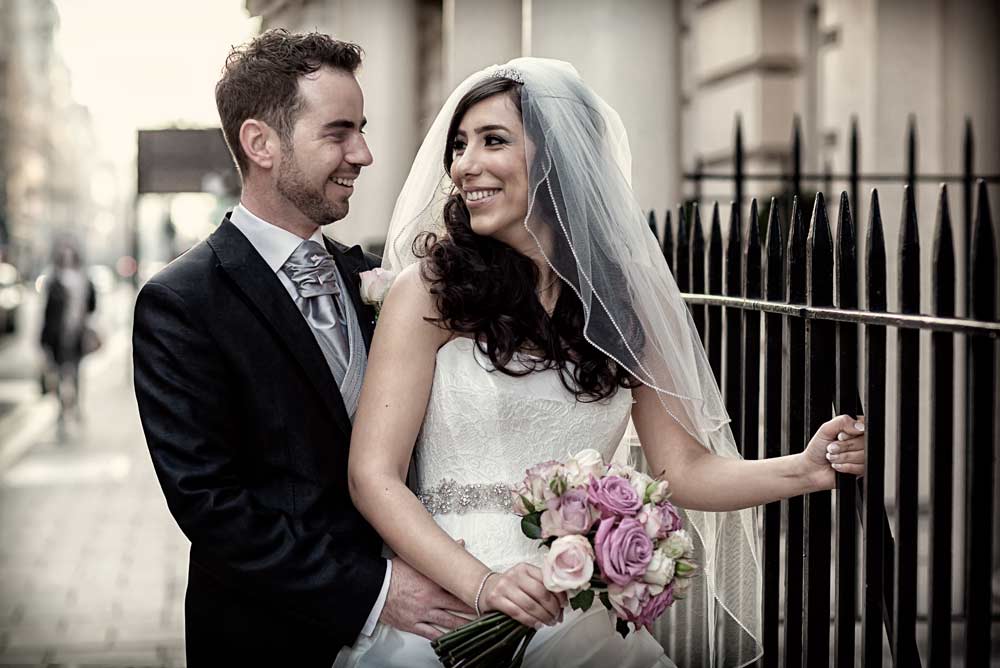 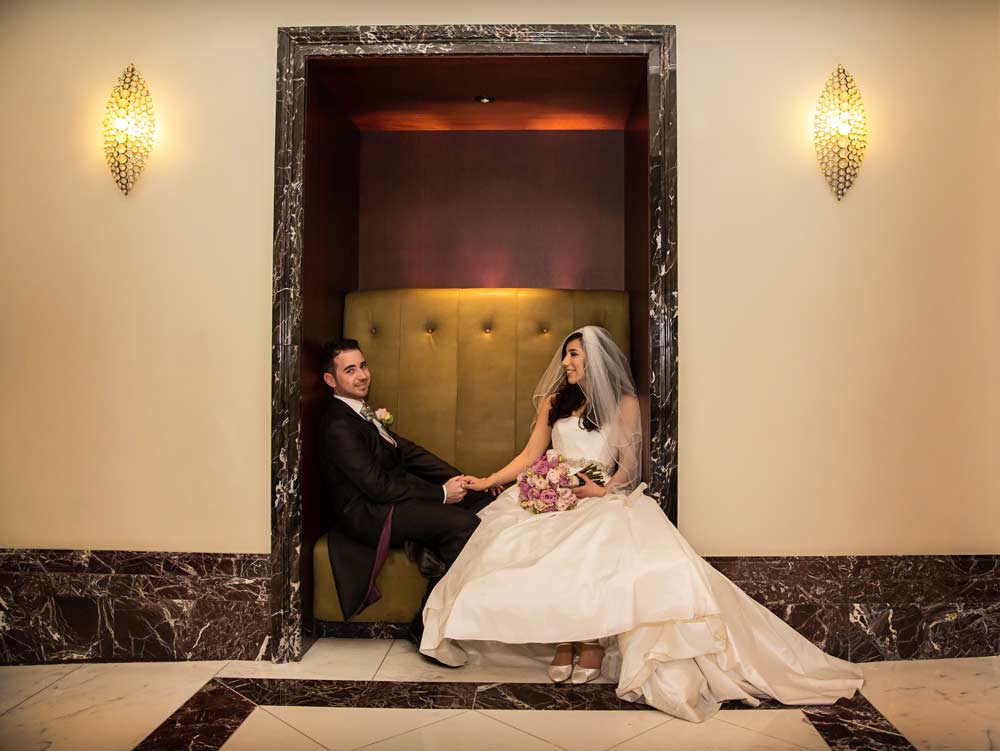 Both live and work in Norwich as dental doctors but they wanted to come down south and have a classic London wedding to remember. The Langham close to BBC headquarters has been temporary home to stars of film radio and television for generations. When the Langham was built in 1867 it was the largest and most modern hotel in London with England’s first hydraulic lifts, and bathrooms and water closets galore for the time. 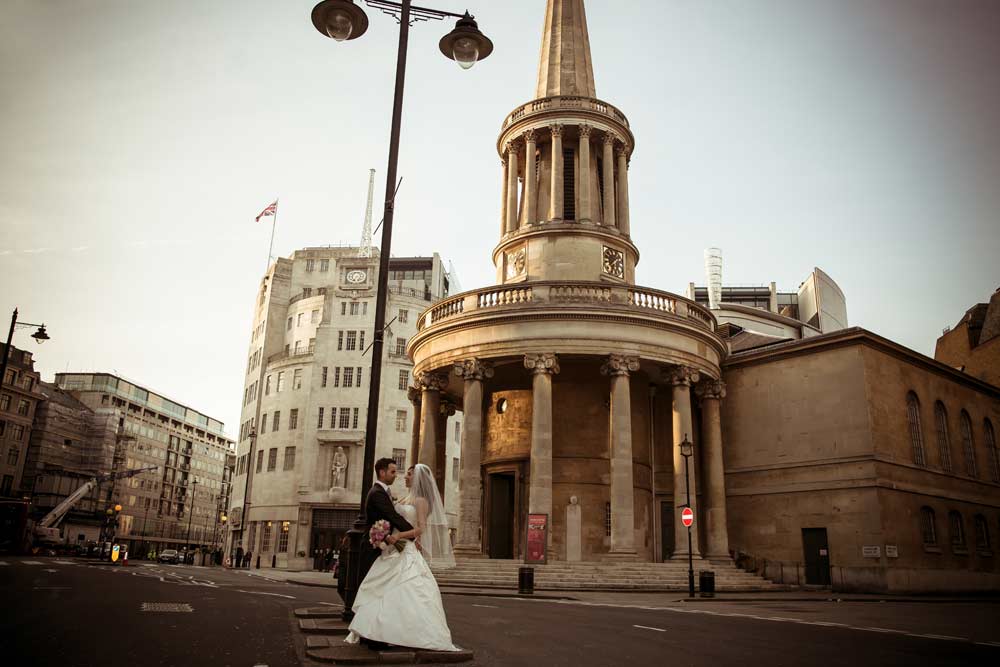 The London Langham Hotel is not just rightly famous for it’s luxury and service, but also the fact it was heavily featured in two Sherlock Holmes stories and has accommodated some very famous guests. Well Sean and Layla of course on their wedding day to name two, but also the like of Napoleon, Oscar Wilde and Princess Diana. 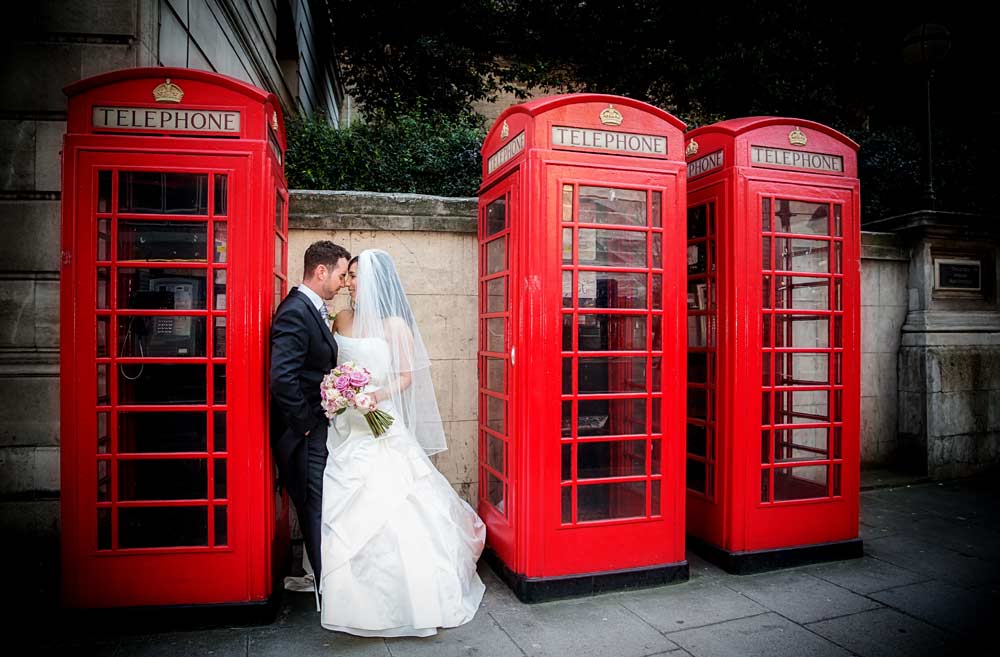 For the wedding itself the ceremony was held in the hotel itself as it’s licenced to do so, and it was an interesting and emotive fusion of civil, Catholic and Persian ceremonies. Afterwards while the very many guests enjoyed their champagne and canopies, Joanna and I took twenty five minutes with the newlyweds to shoot some shots one hundred yards around the hotel, and then back for some images around the reception area. 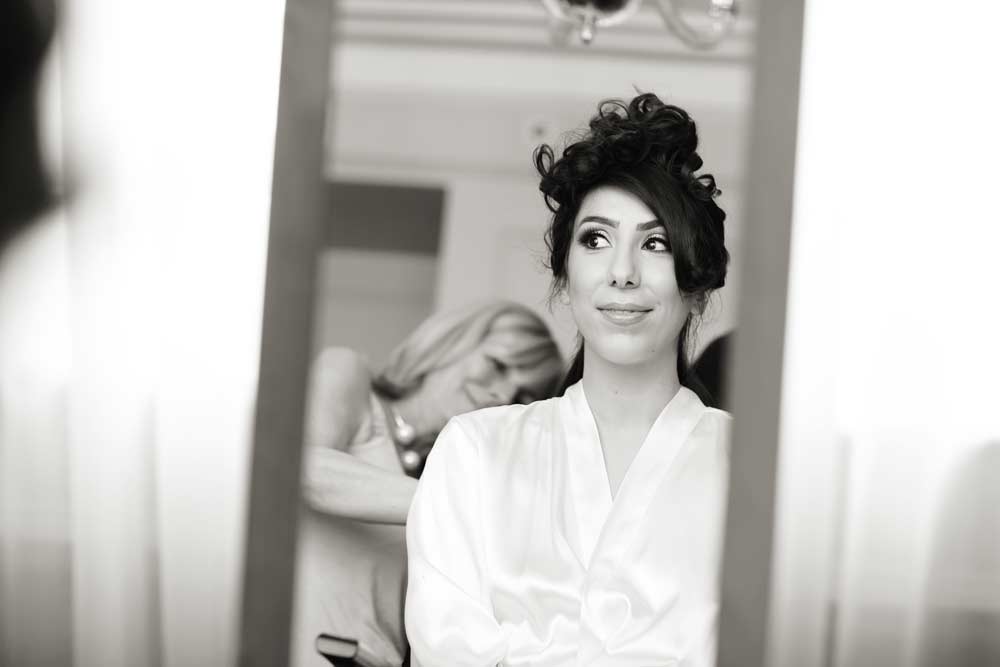 While twenty five minutes is not a great length of time we are used to this amount and always mange to achieve way more in the time than we should!

For such a prestigious hotel it’s important to choose your wedding planners and co-ordinators carefully, and we would recommend taking a look at Perrys the Wedding Company for their experience professionalism and personality here: Perrys The Wedding Company 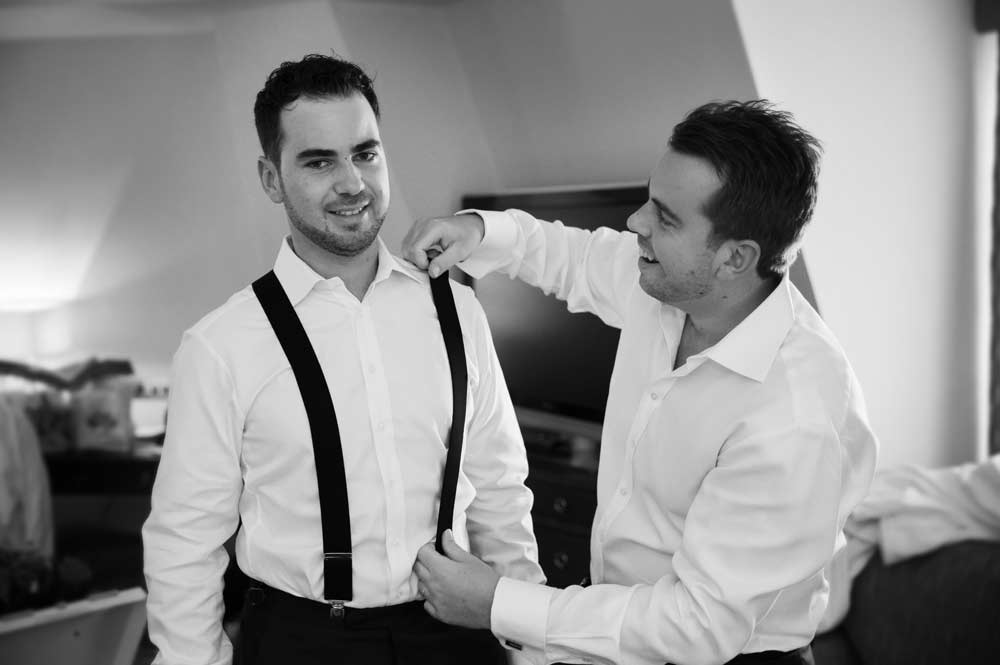 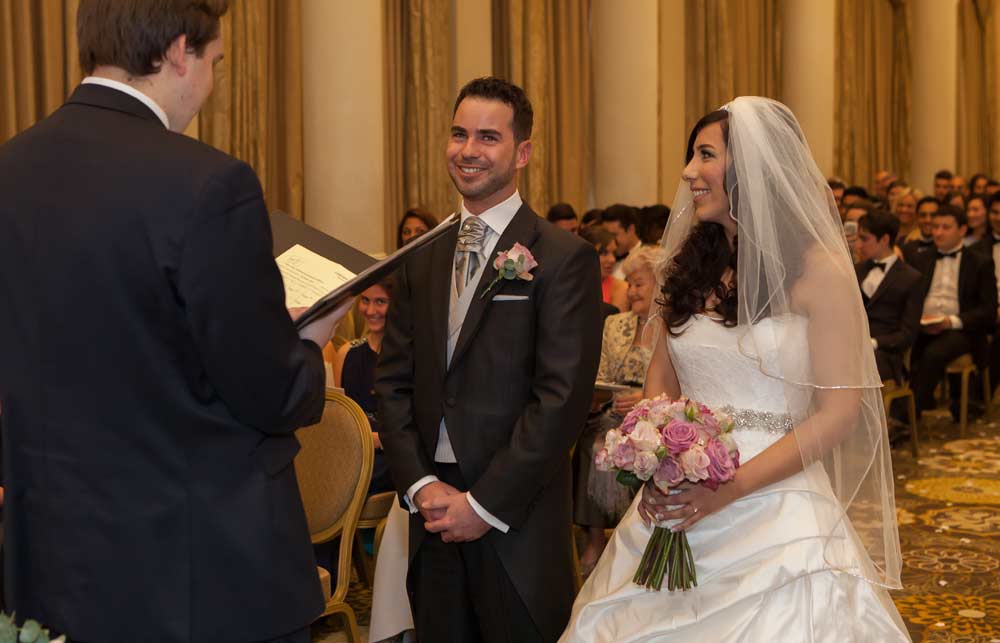 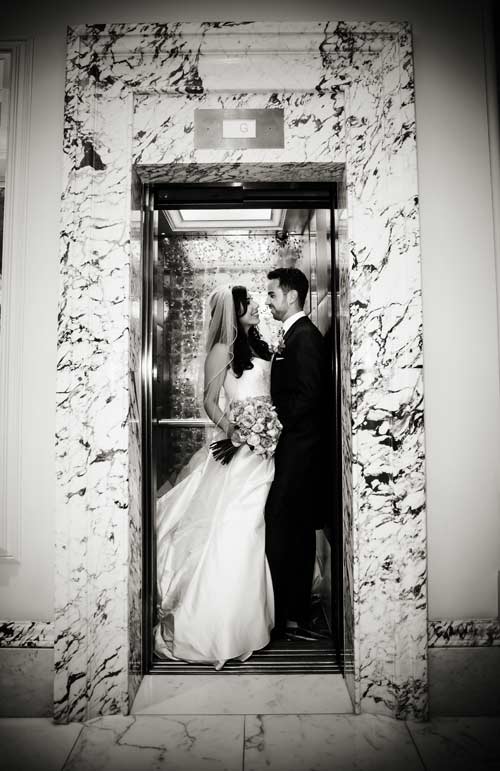