The other weekend as a Landmark hotel wedding photographer, we had the great pleasure of not only working with a lovely couple and all their friends and family but also some great wedding related suppliers. There are some fantastic people working in the wedding and event industry, and we wanted to highlight a couple that we have worked with recently, namely Perry’s the Wedding Company, a high quality long established planning and event management team (links at the end of the post) and a great cinematographer in John of De Rienzo Films, who we’ve worked with previously. 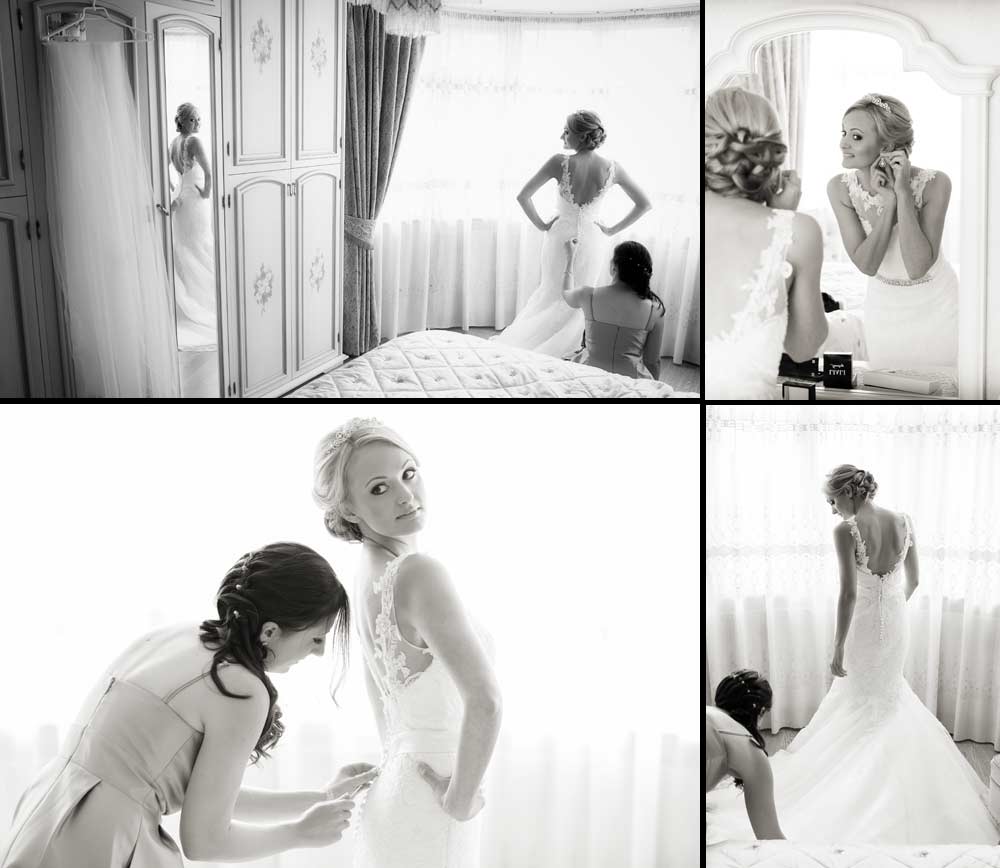 This particular celebration was a very Italian affair as both bride and groom Giulia and Antonio were of Roman descent. We had got to know these love birds (more on love birds and doves later…) a lot better for doing an engagement shoot with them a few months before. In fact we were delighted to see all those shots reproduced in the main signing book for guests at the reception. 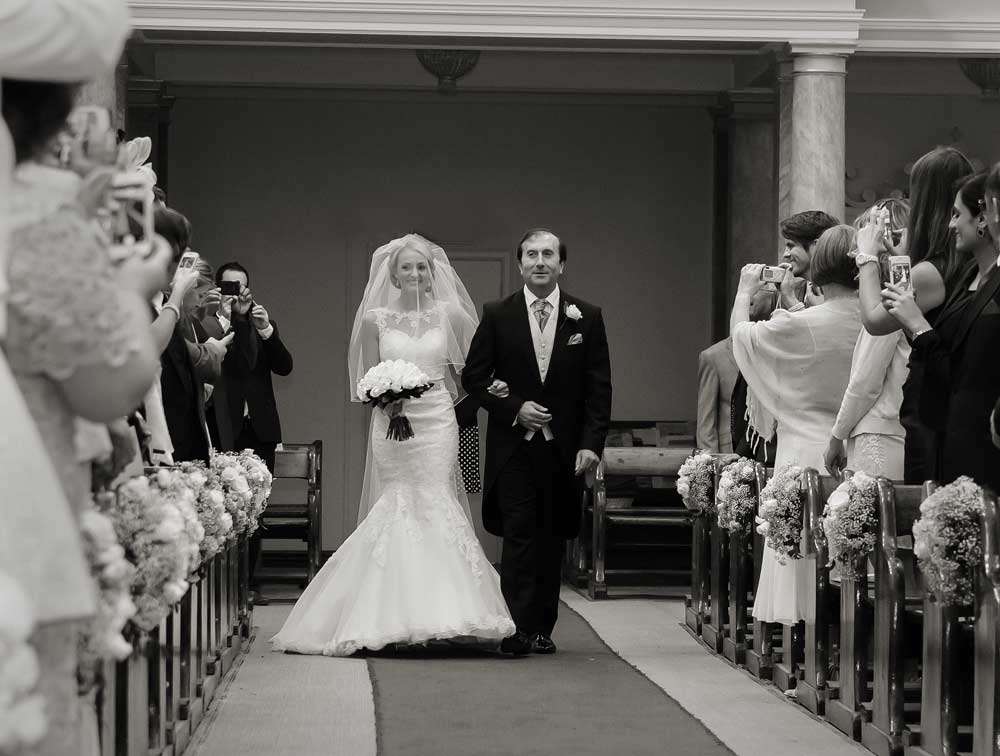 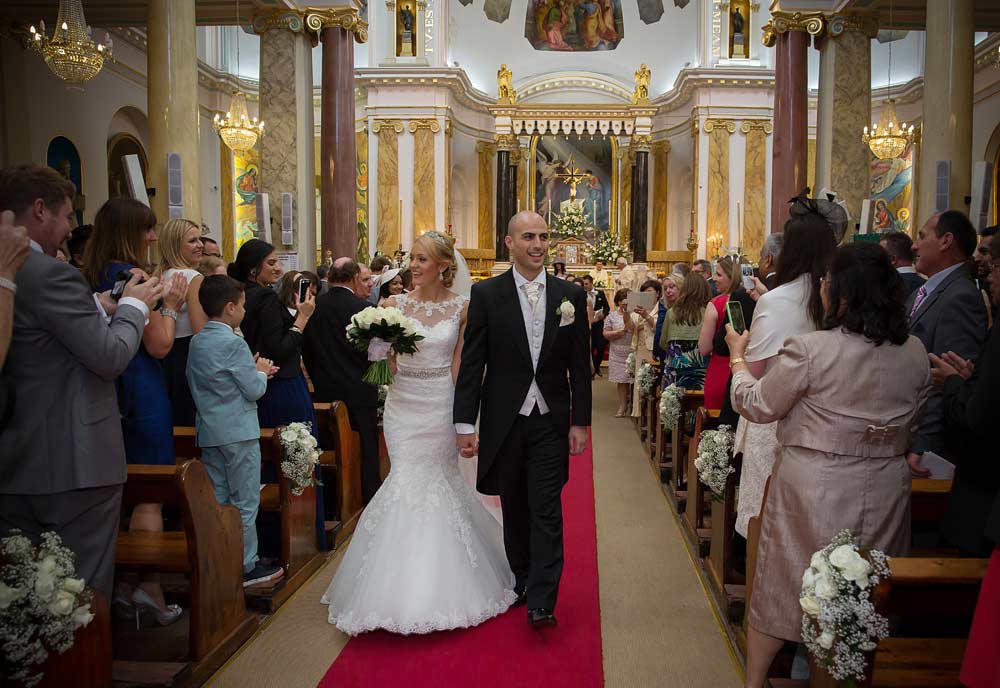 Speaking of wedding receptions this was held at the world renowned Landmark Hotel in Marylebone for three hundred guests, impeccably handled by Errol and the two Tony’s from Perrys, and of course the hotel itself. The Landmark used to be called The Great Central Hotel and was opened in 1899. It boasts a fantastic inner courtyard and three hundred rooms and suites. 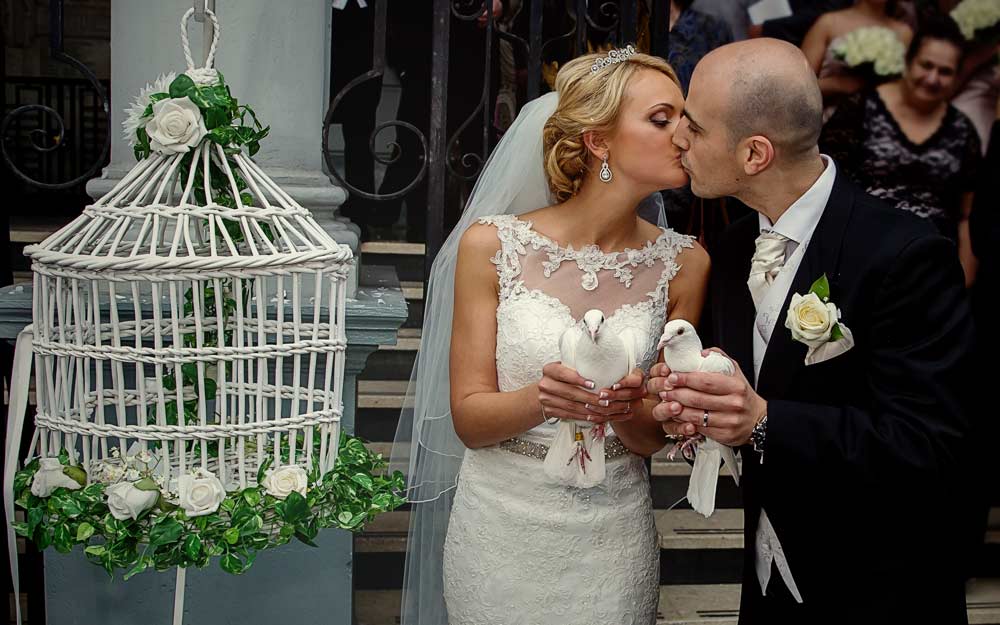 The wedding ceremony was at St Peters Italian Church in Clerkenwell which was built especially for the Italian immigrant population of the time in the mid 19th century. A grand affair befitting a grand Italian Landmark wedding. Newly married and showered in rice, Giulia and Antonio then released two white doves followed by a whole basket full released by all the bridesmaids. 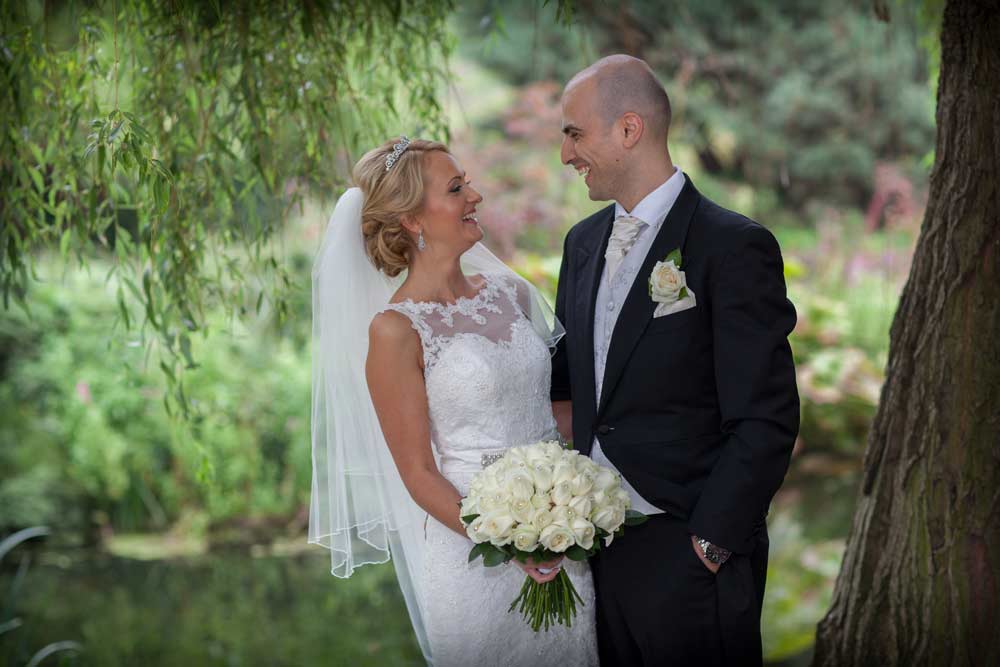 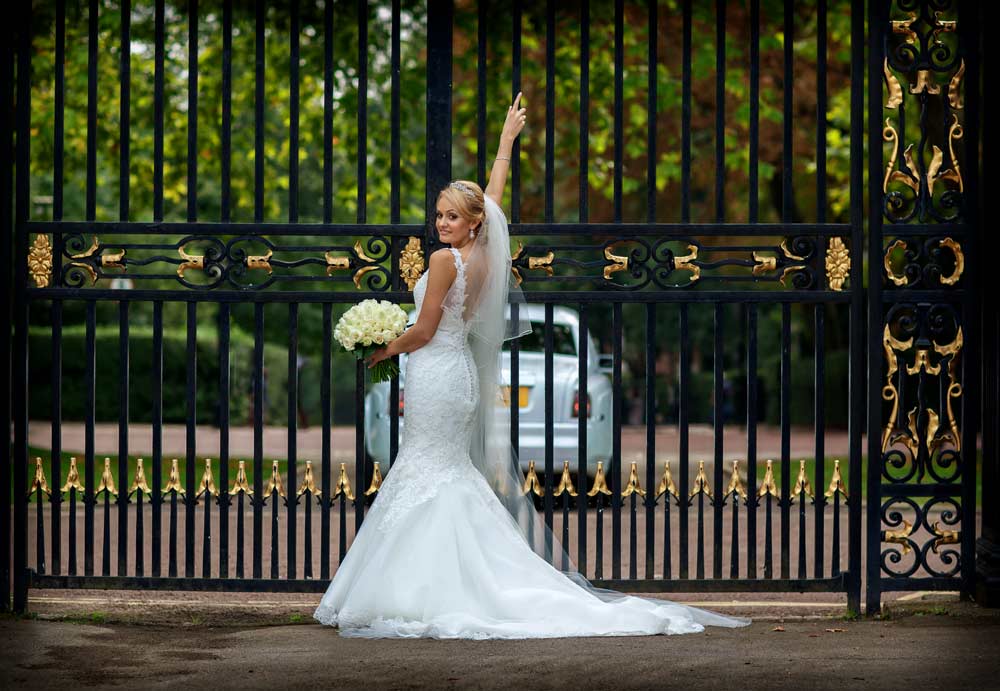 Before travelling to the reception we went for a short trip to Regents Park, and shot some classic couple shots which is what the couple wanted and valued. We never forget that wedding photography is a service industry and we must give people what the want, and then exceed their expectations.  As we mention in other parts of the website: David and Joanna whether it is quality reportage, quirky or more traditional, or a little bit of everything we love to get it the way our couples want it. 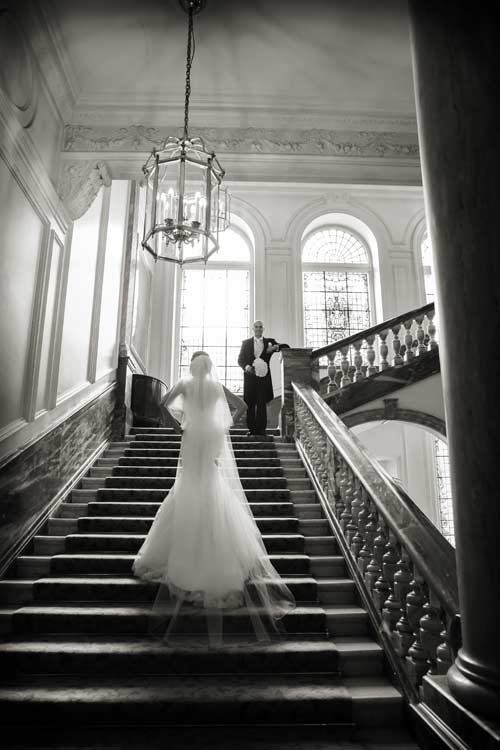 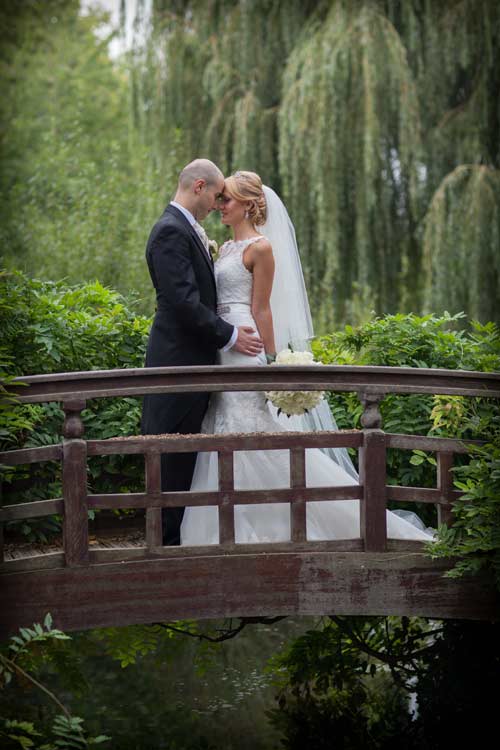 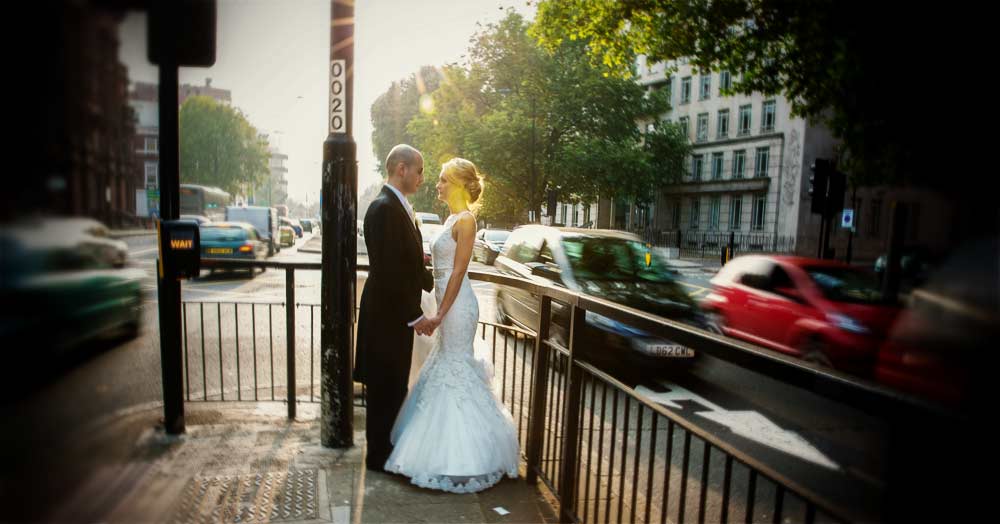 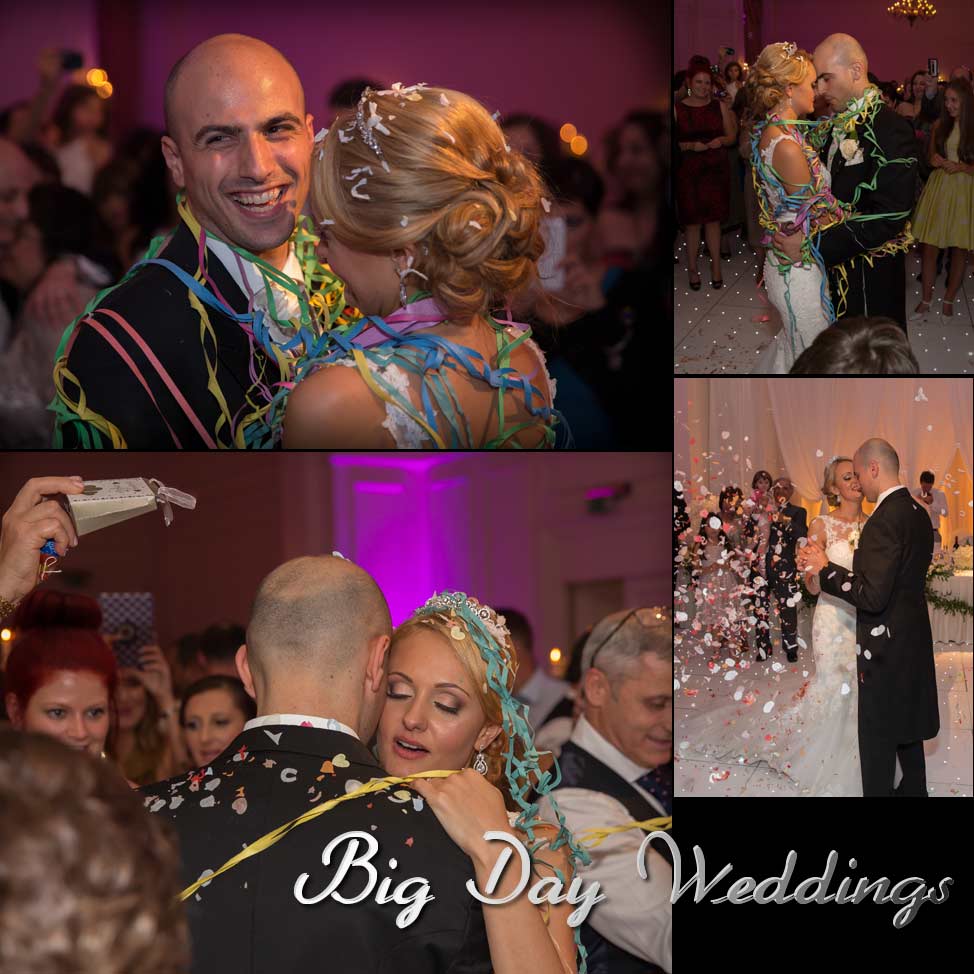