Well this was seriously another fantastic London wedding day and one to remember for sure. Natalie and Adrian had already done a pre wedding shoot with us in Trent Park north London, so we were nice and familiar with each other. It’s not a prerequisite to do one of these as we are known for being pretty good at making people feel relaxed and comfortable around us as it is. 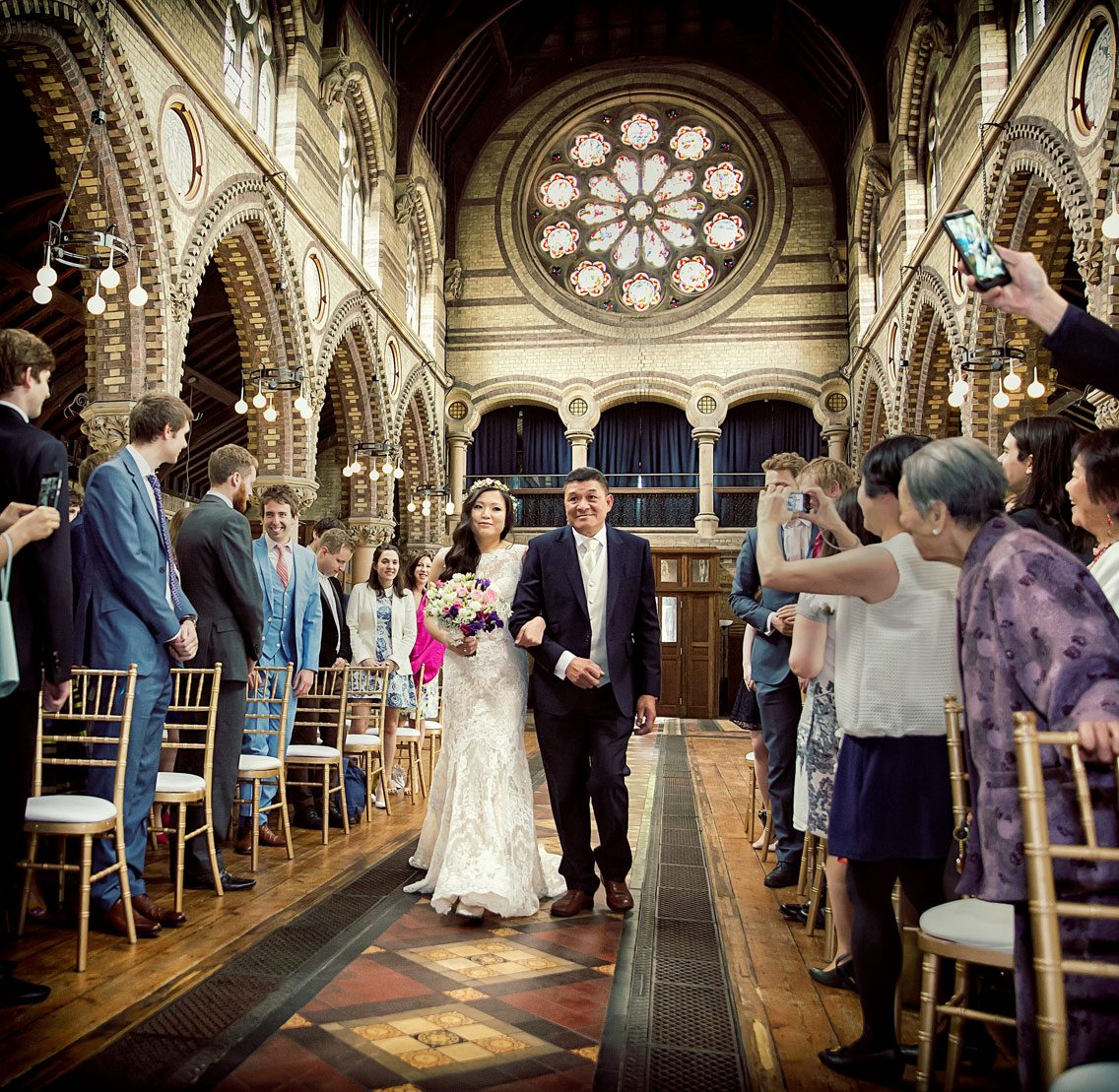 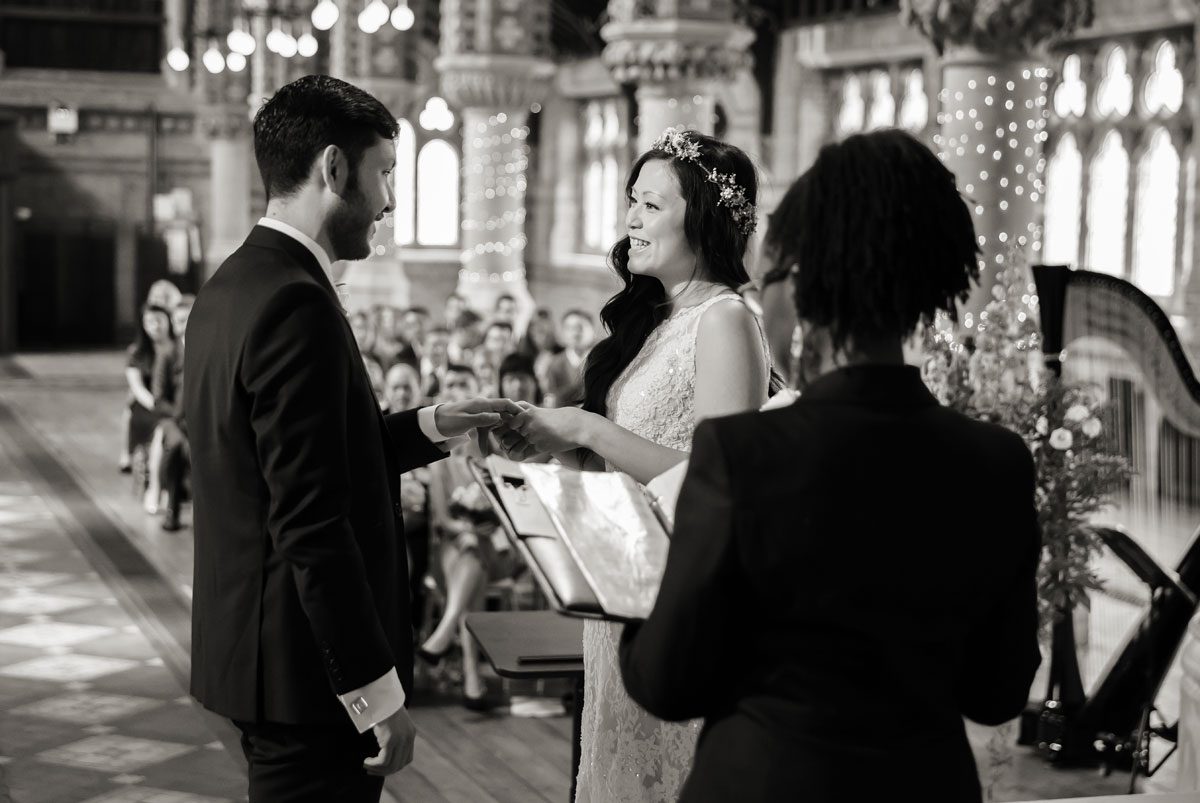 Coverage began at St Stephen’s church on Rossyln Hill, Pond Street Hampstead. Natalie had decided to start things with her arrival there rather than preparations shots, as she and Adrian wanted to focus our time as much on their reception and guests and later evening as possible. 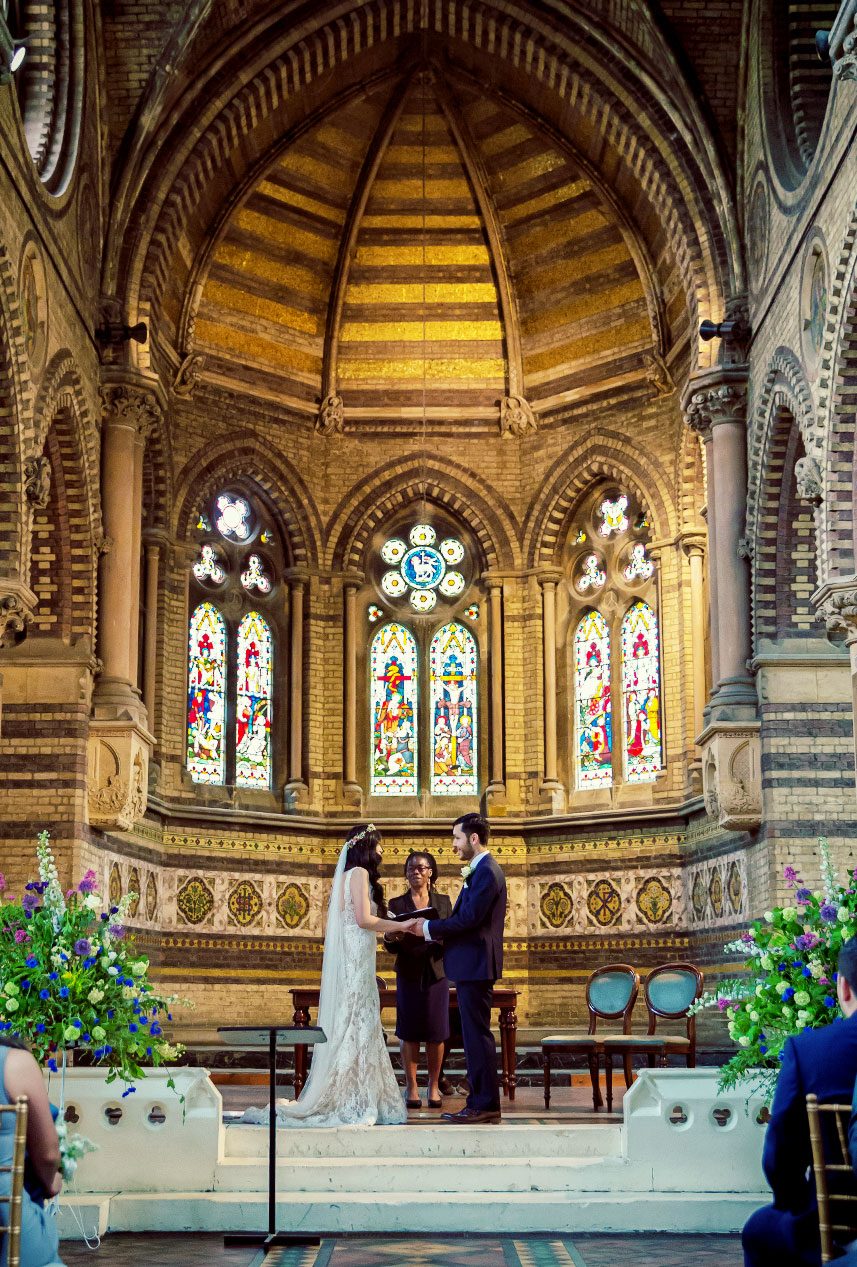 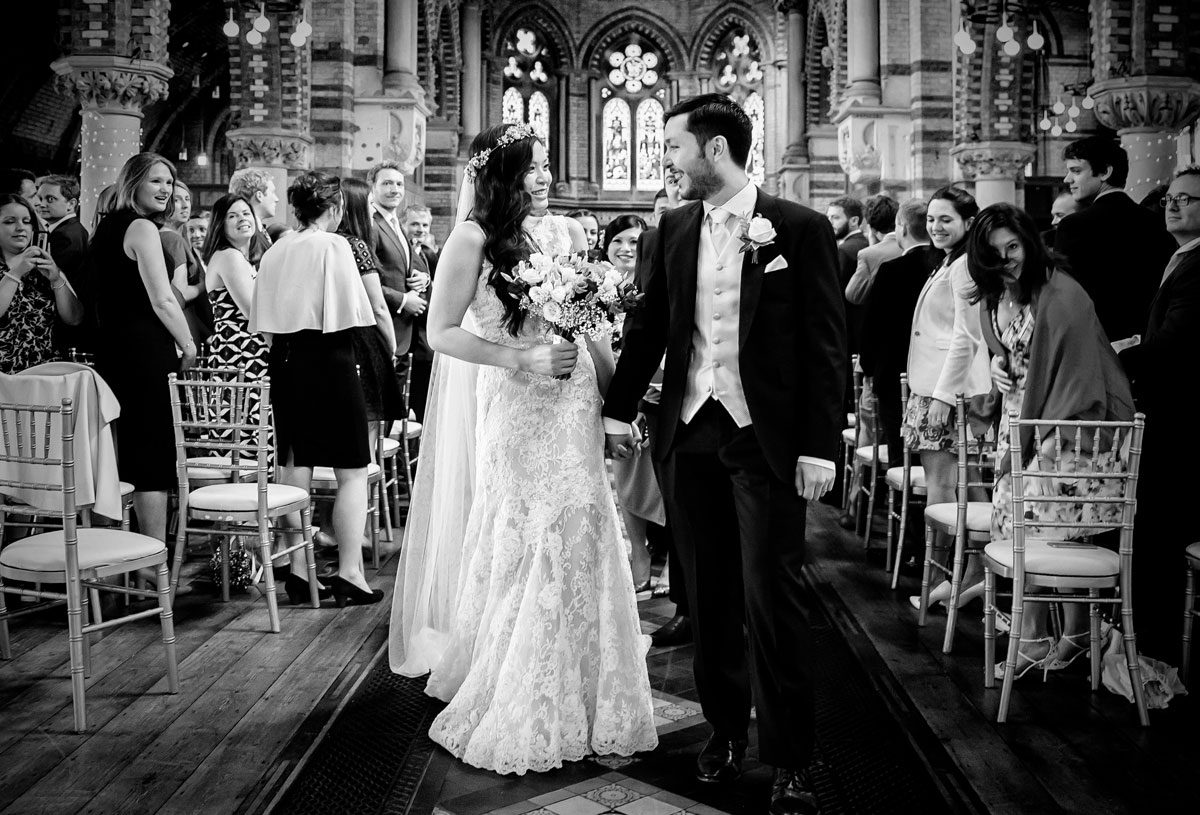 St Stephen’s Hampstead really is a fantastic looking church, and it is also a deconsecrated one so it’s popular for civil ceremonies and receptions too. It was built in 1869 and designed by Samuel Teulon and was know as the “mighty church.” 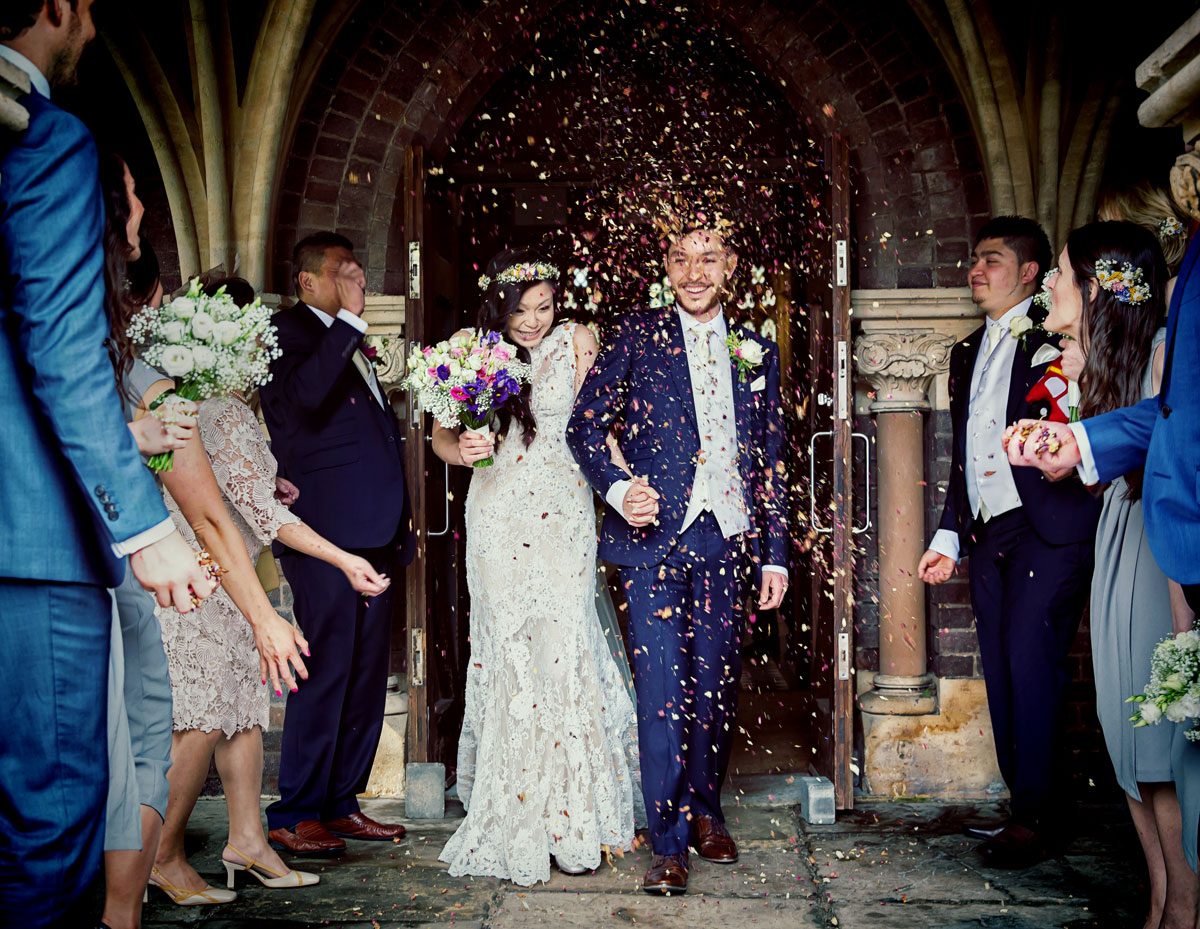 After their lovely service and getting absolutely showered by friends and family well armed with wedding confetti, the congregation boarded a 1962 London route master bus to take them to Islington. The featured image of this blog post is Natalie taking charge of driving the bus herself… 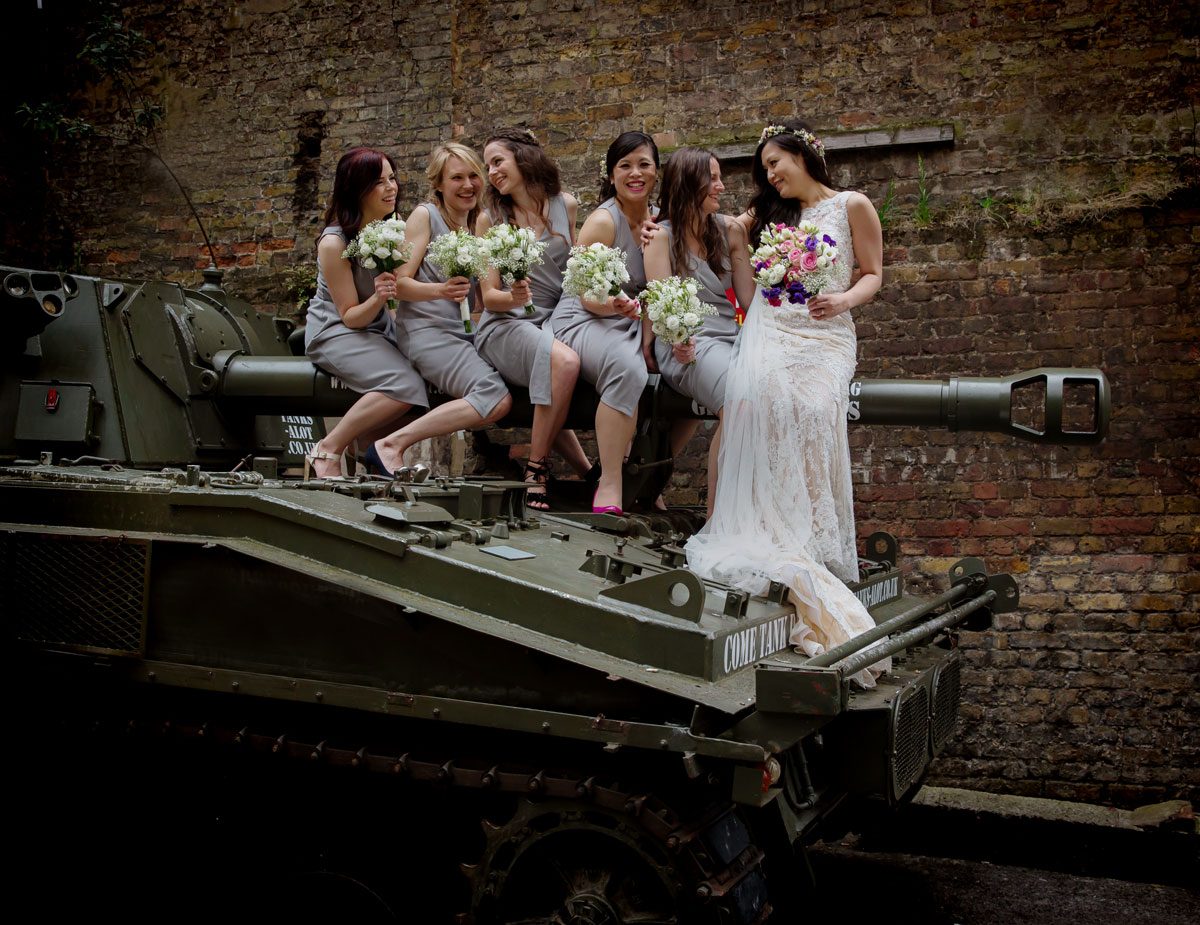 Reception venue was the magnificent Islington Metal Works just behind Angel station. Built at the end of the nineteenth century it was first a home for horses used to pull London trams. By 1930 it had been converted to a north London metal works. Today we can confidently say as experienced central and greater London wedding photographers, that this is one of the most interesting and unusual venue spaces on offer right now. 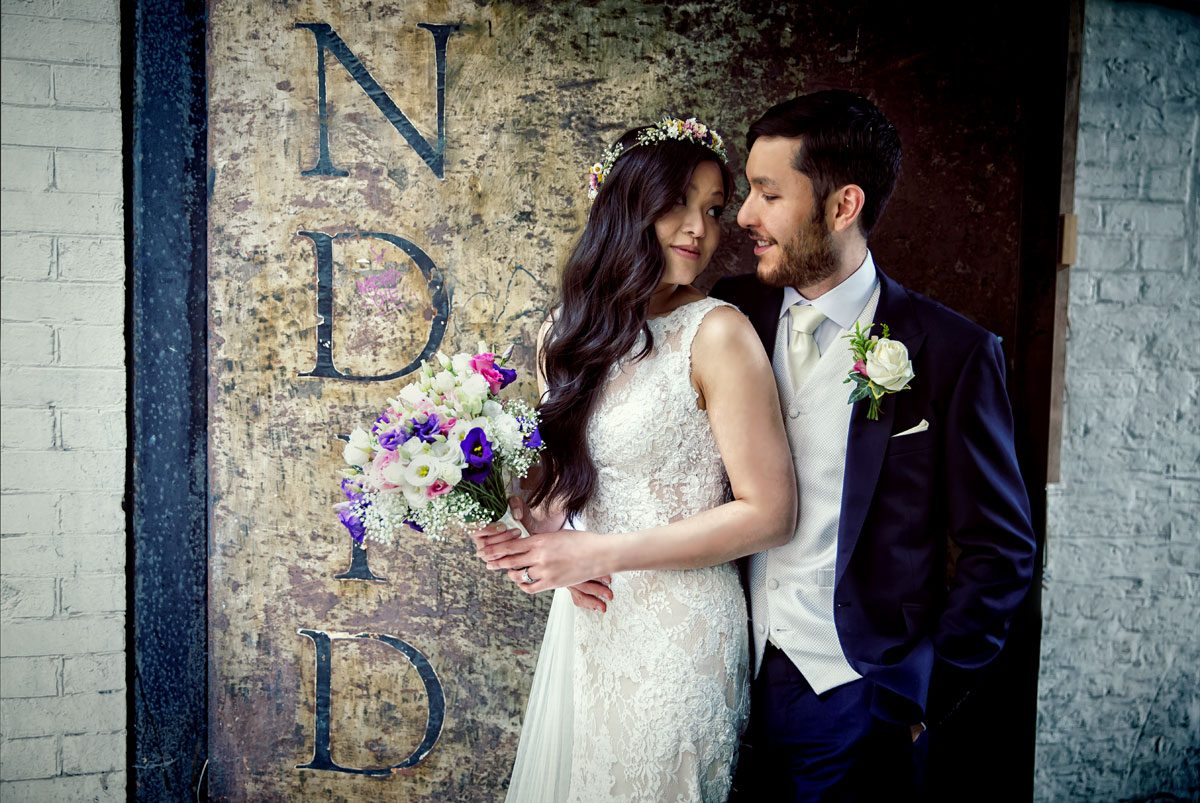 Natalie and Adrian made the most of the space to decorate it in a way that reflected themselves and their outlook. That’s the beauty of a venue like this in the sense that although it has a lot of innate personality it can be a blank canvas too. 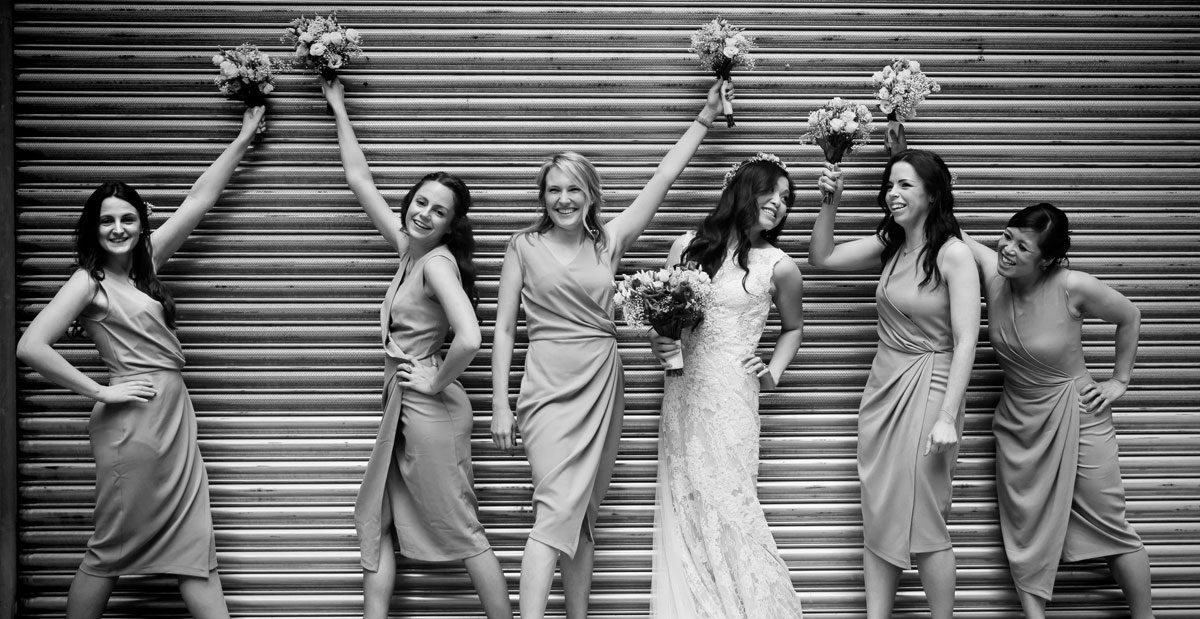 We shot a mixture of documentary reportage style and also some of our signature quirky stuff. I was personally delighted to see a tank in the yard outside the metalworks, but I was not so happy to see a bright yellow garbage van next to it. We got the shots but we did have to shoot everything at an angle. For the urban chic shots the couple gave me five minutes…yes guys I checked the image file data, but actually no problem – we got them! I have to say that is something of a record short time, apart from once late at night after rain near the London Stock Exchange a few years ago. For prospective couples reading this, think twenty minutes or so and we should be fine. 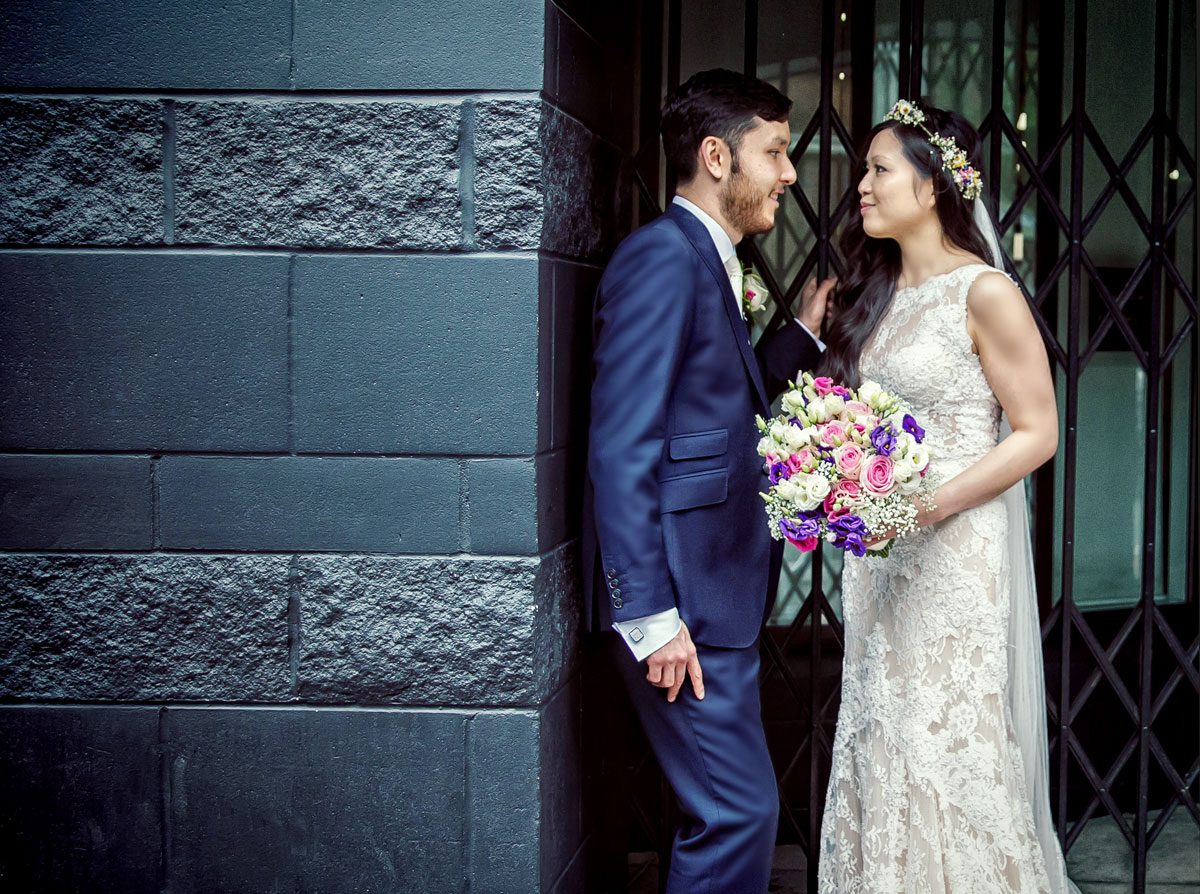 The rest of the evening with speeches, wedding breakfast, dancing and cake cutting was celebrated in the various and unusual spaces of the venue. We would like to give a special mention to the staff the Islington Metal works who were fantastic. They were friendly, efficient and always attentive to everyone, a real credit. 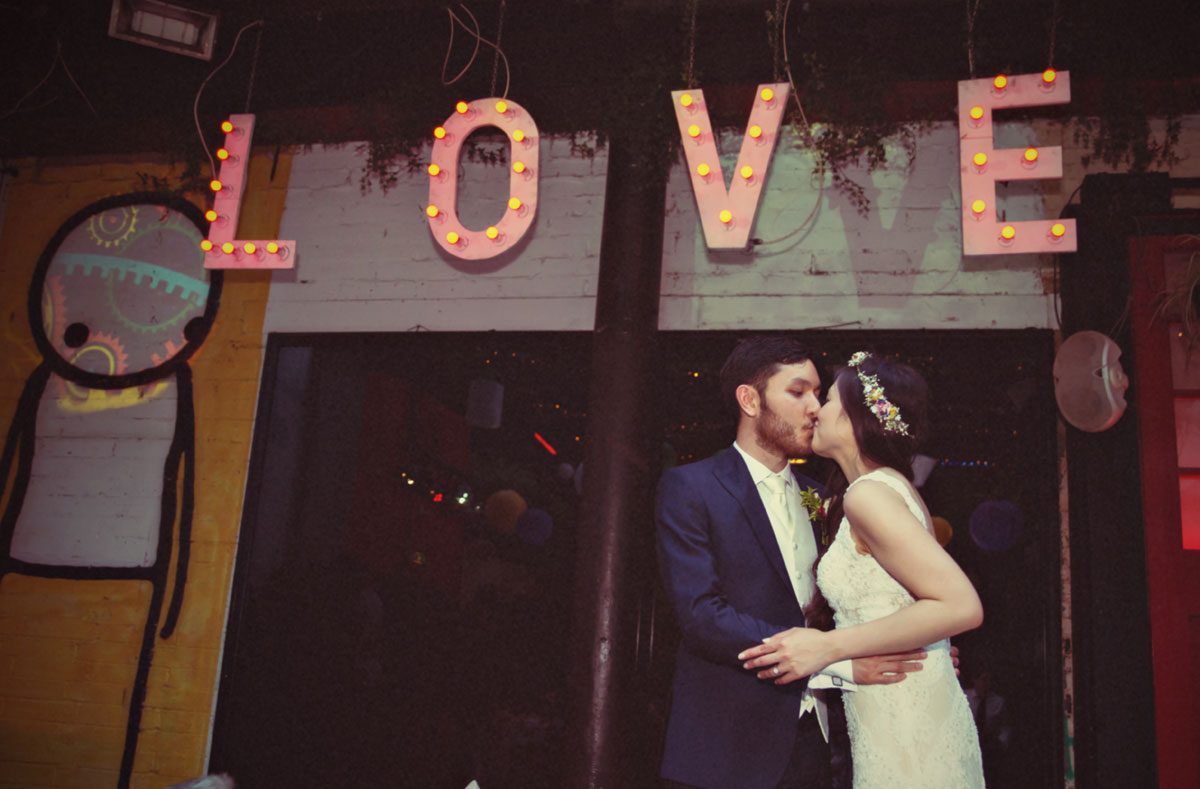 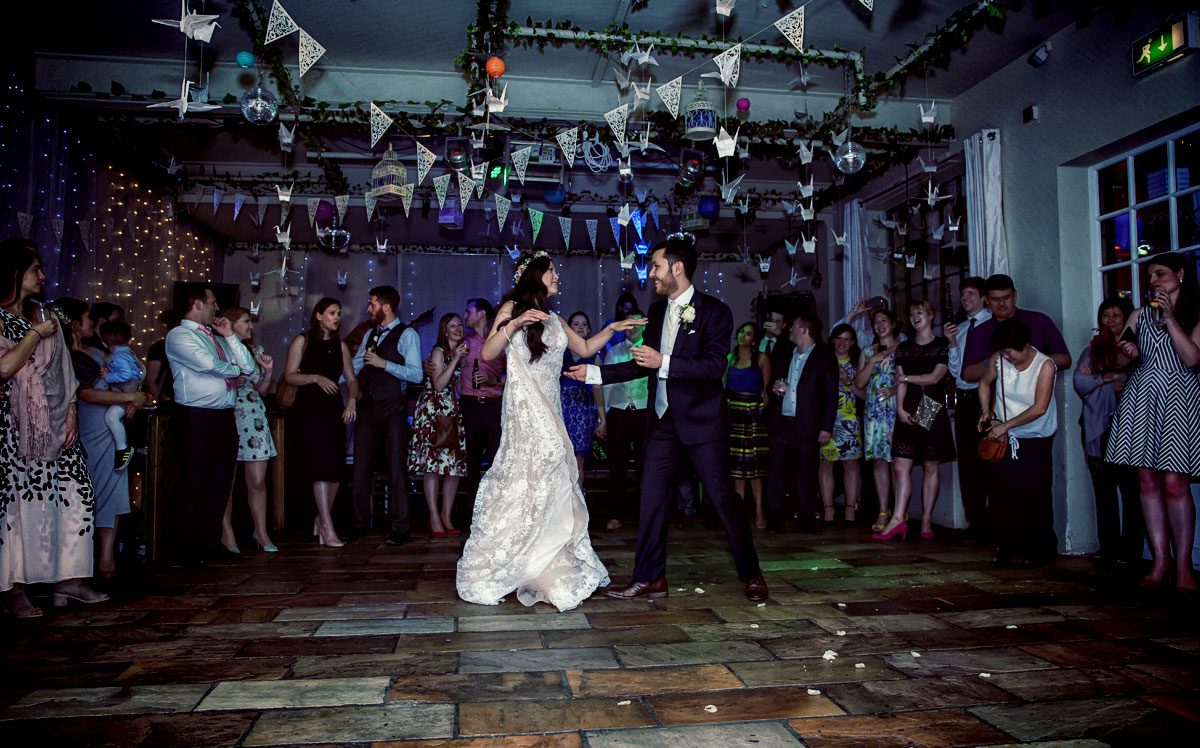