Here’s a very recent small intimate and covid friendly wedding at London’s iconic Old Marylebone Town Hall. This June wedding was shot by myself David, as there was just seven people involved and to be as unobtrusive as possible.  I had a great time with this bunch of very positive people, and huge congratulations to Valentina and James for tying the knot 🙂 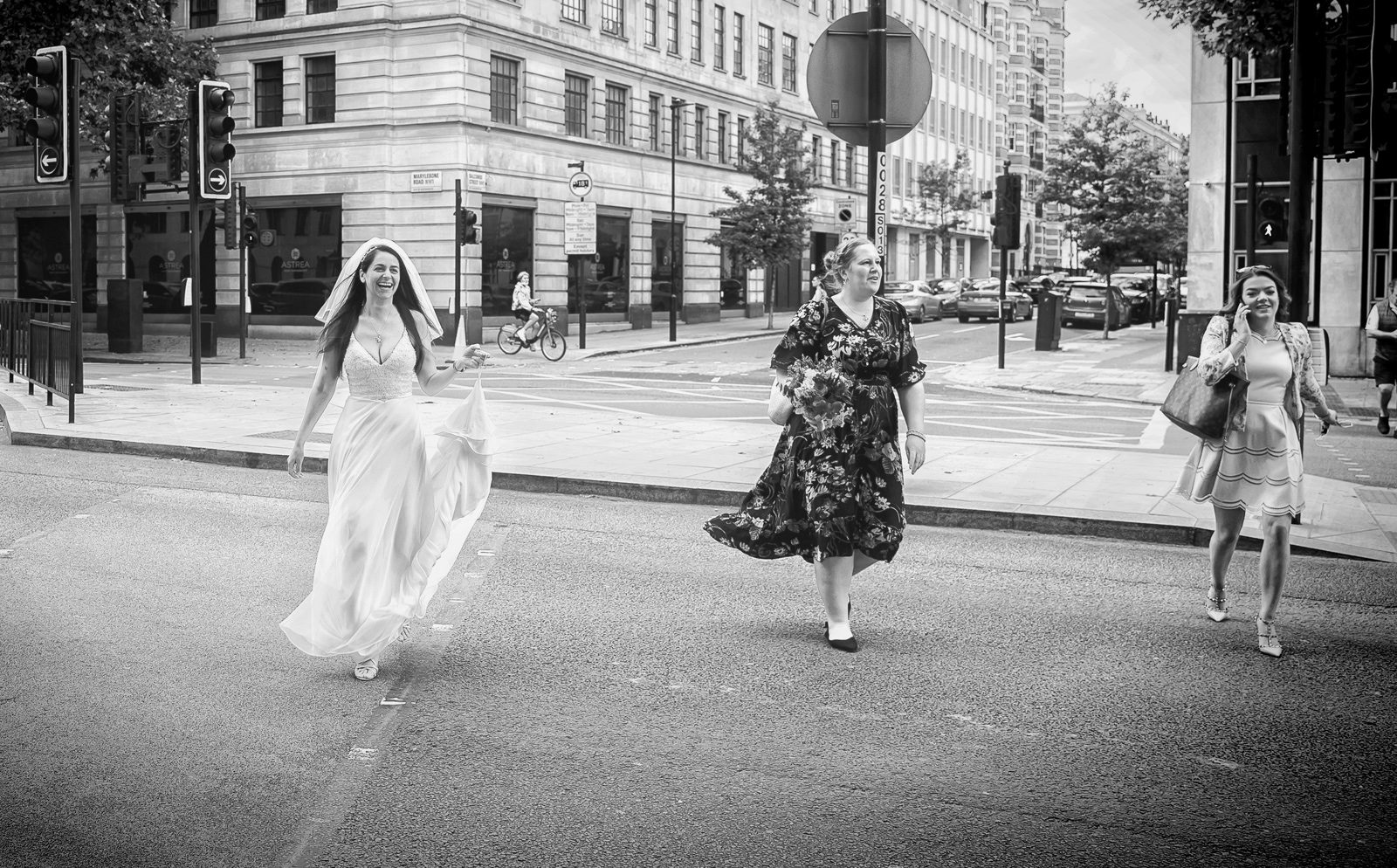 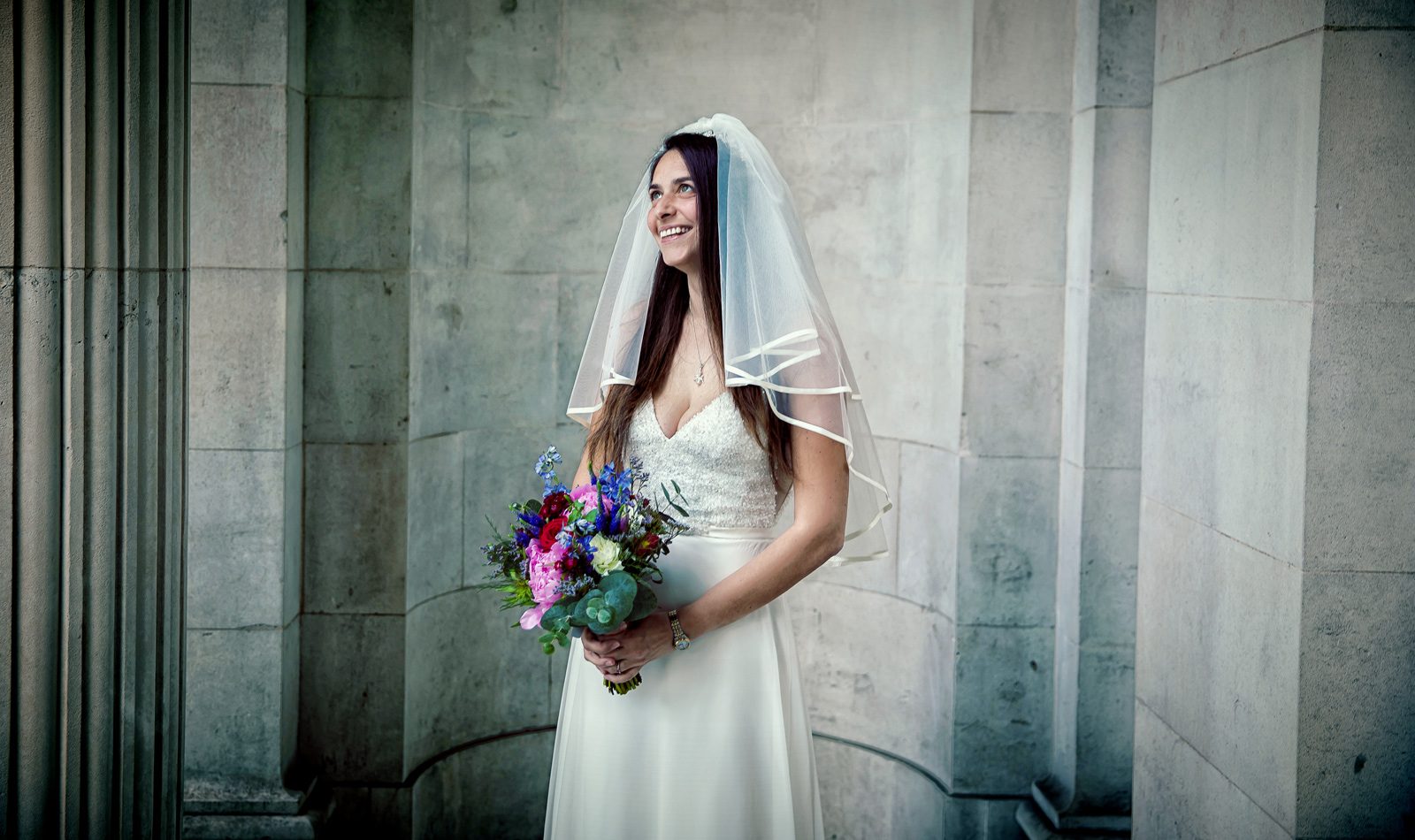 Both of these guys work in the bus and transportation industry in Oxford, and decided to come down to the “big smoke” to have their ceremony in a town hall that has hosted more famous weddings than perhaps any other single venue in London. 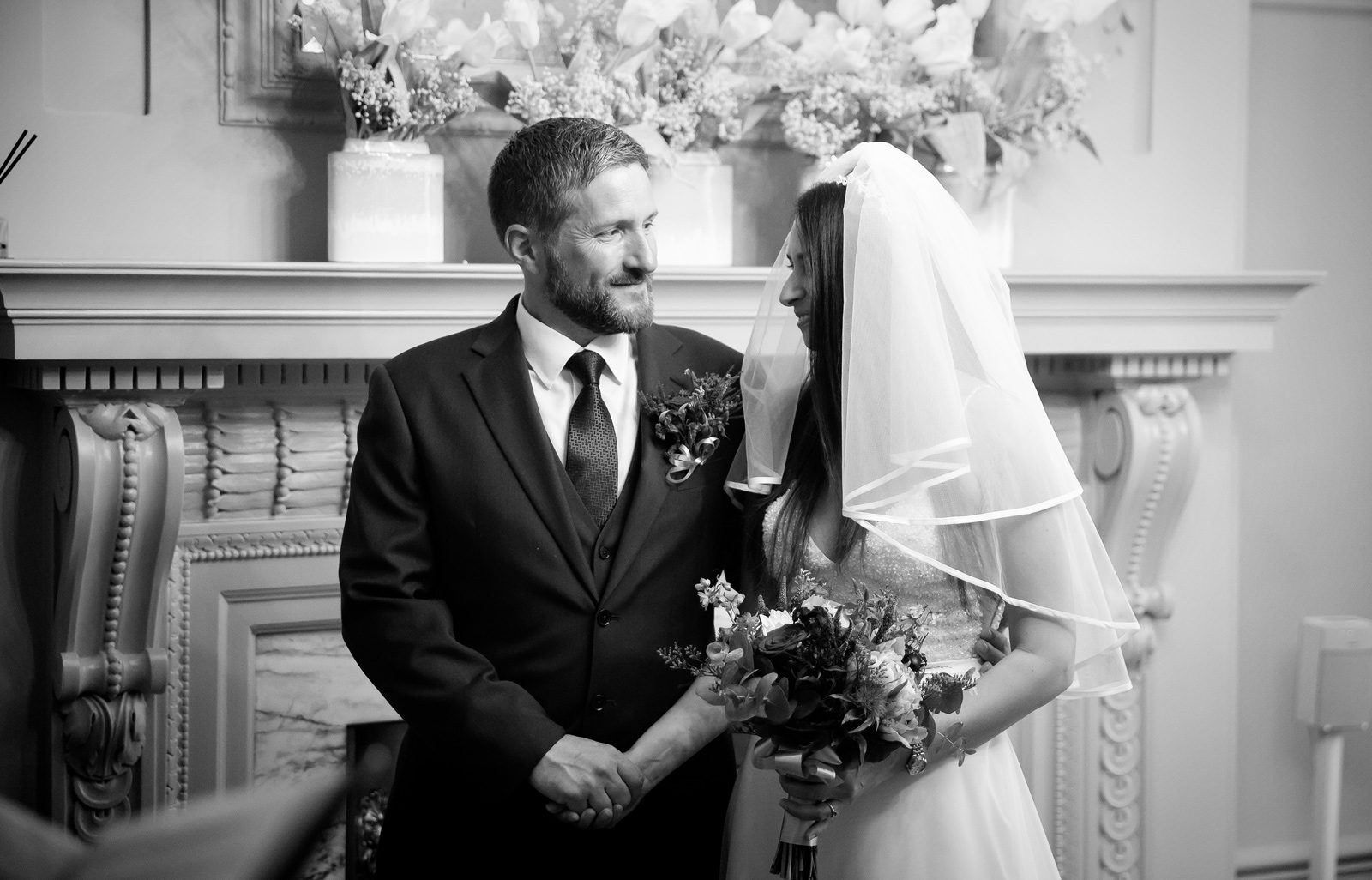 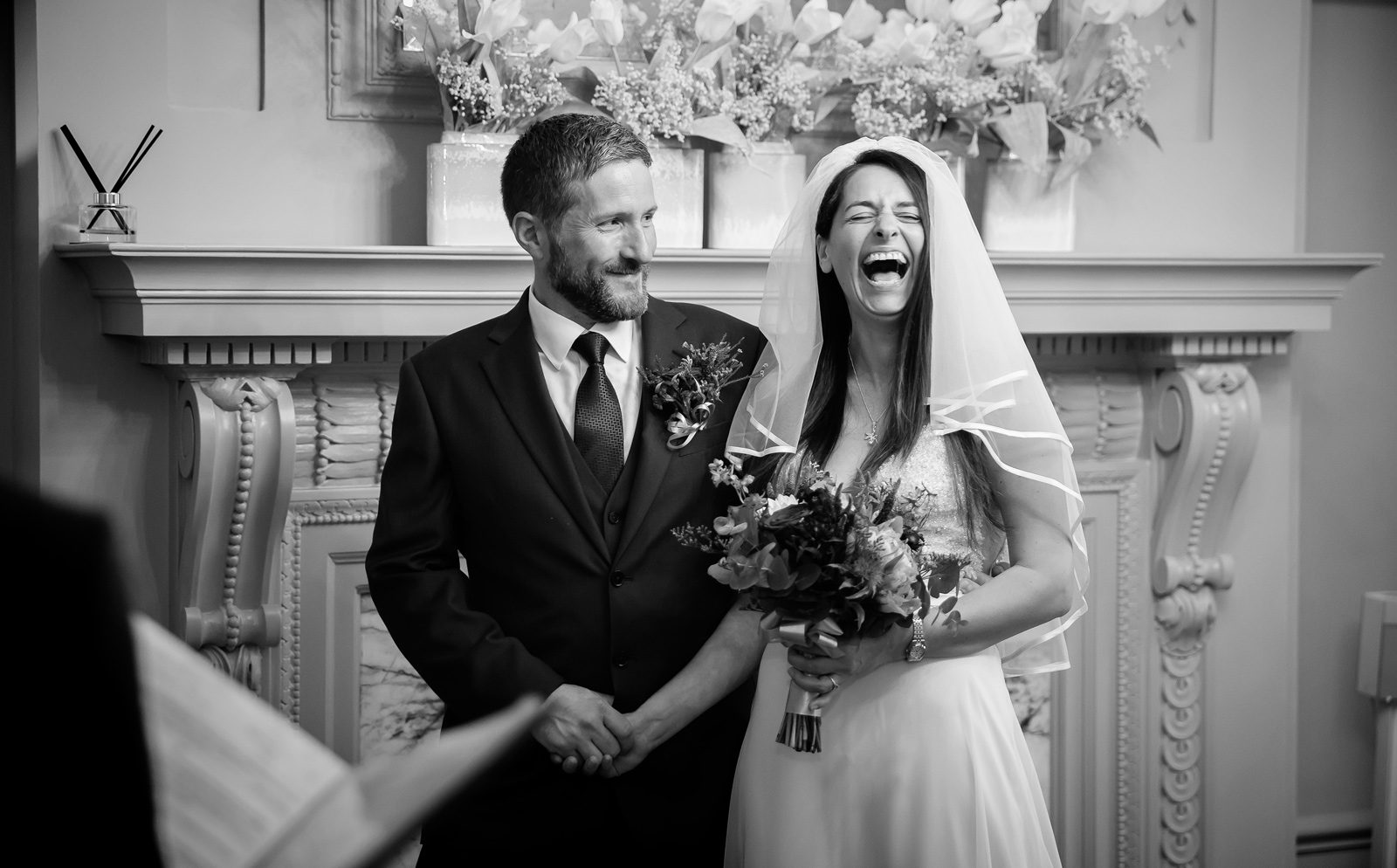 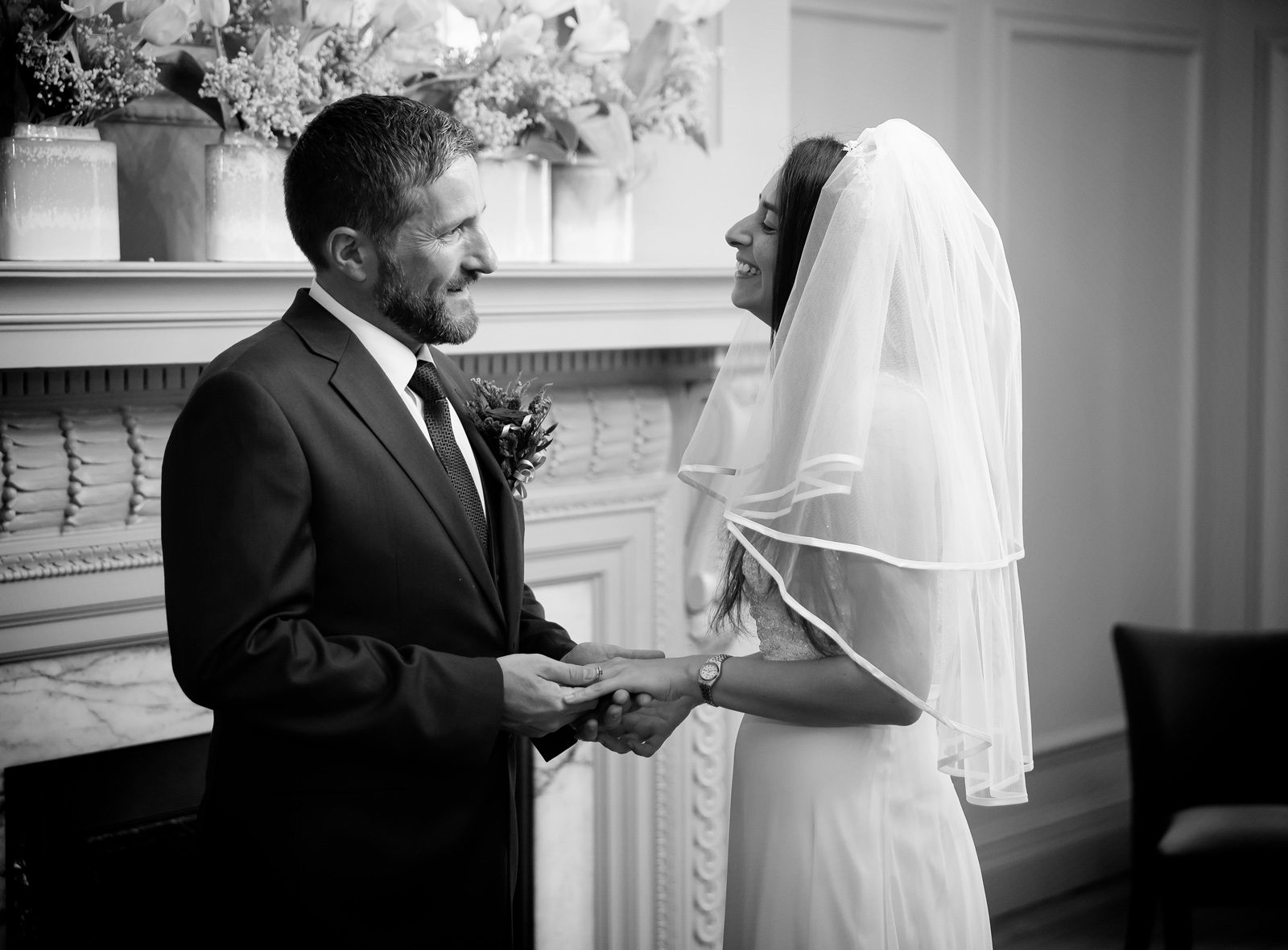 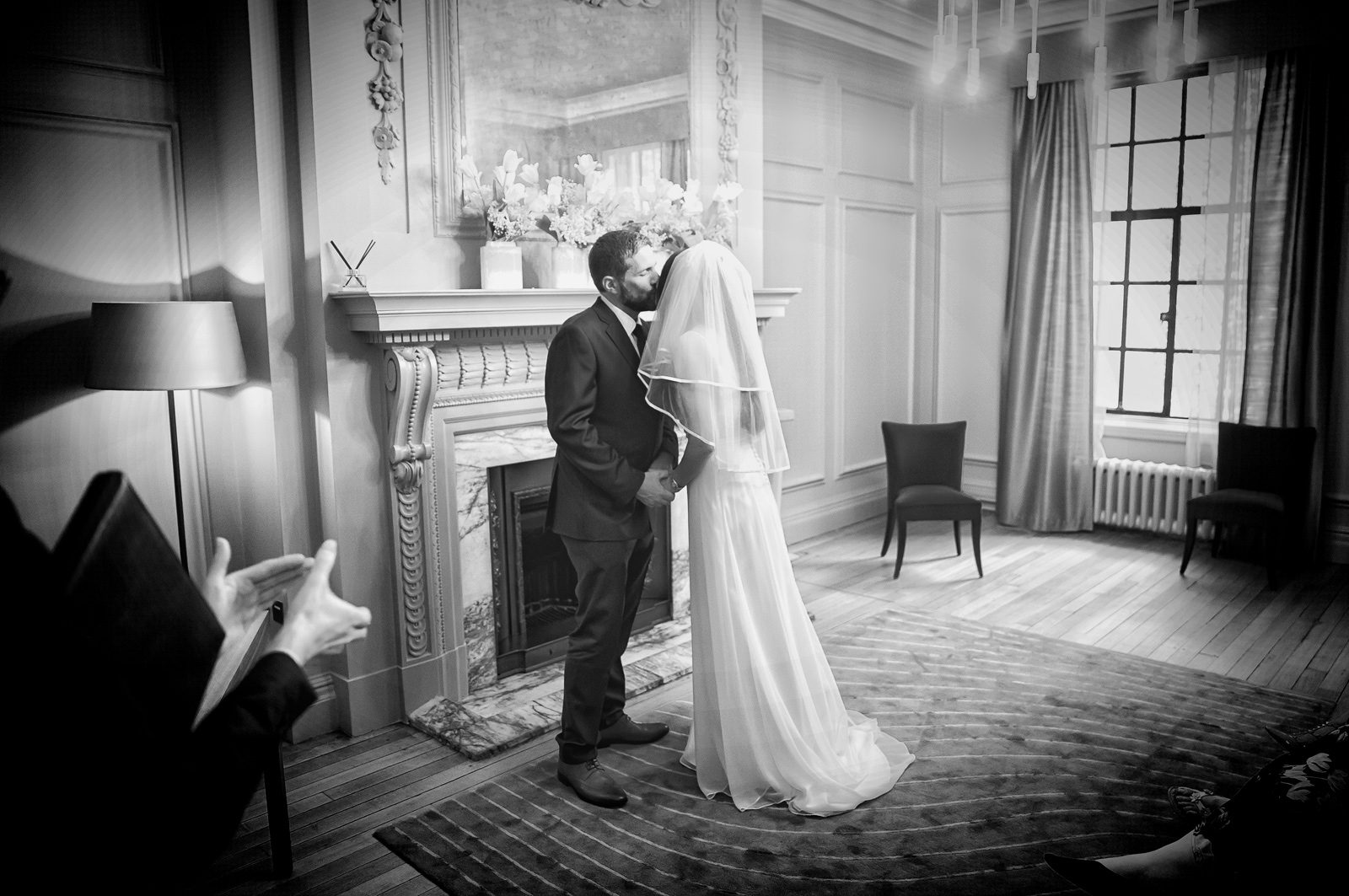 My first sight of Valentina was crossing the busy Marylebone Road with two of her guests, having stayed the night at The Landmark Hotel. Time for James to get inside and speak with the registrars! 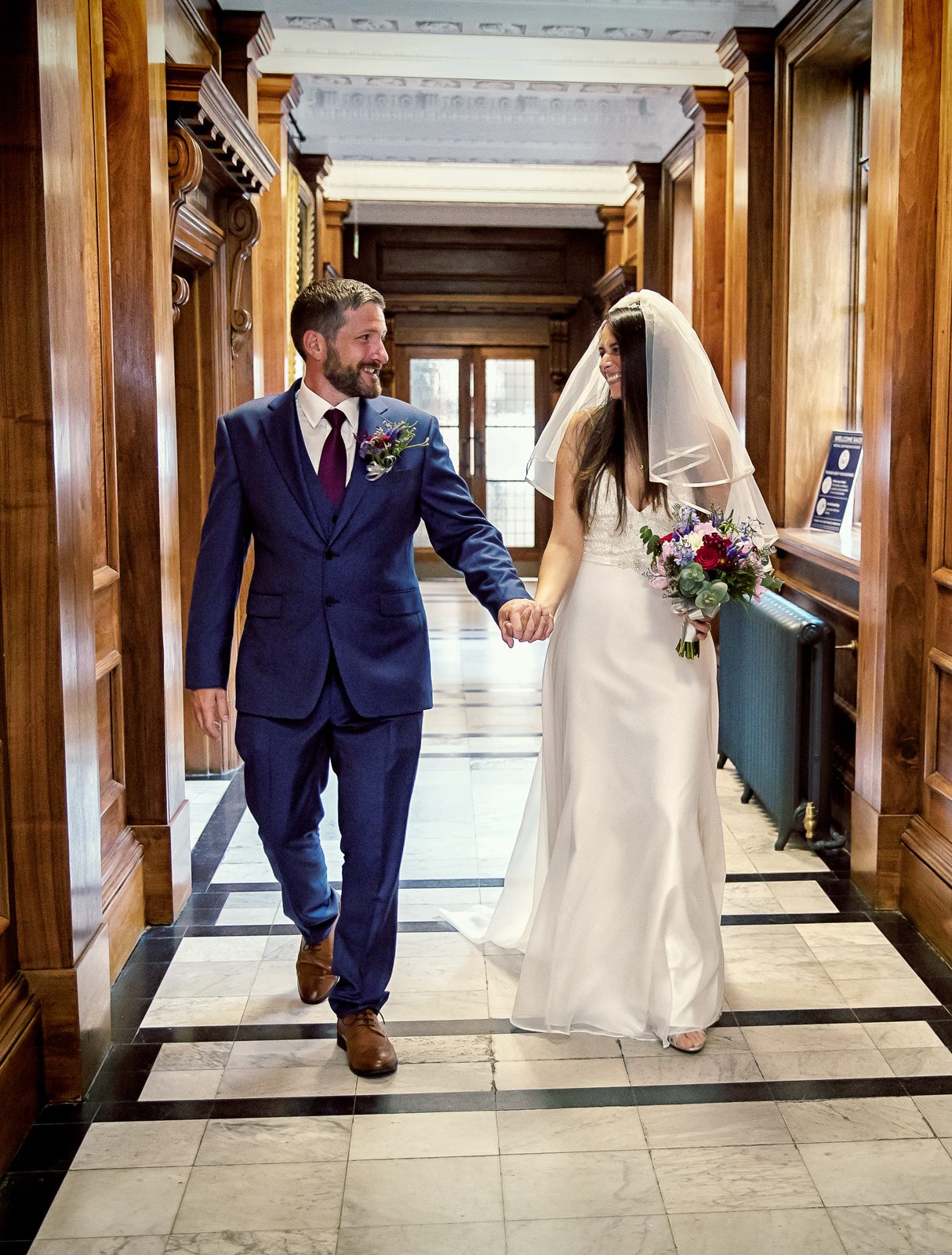 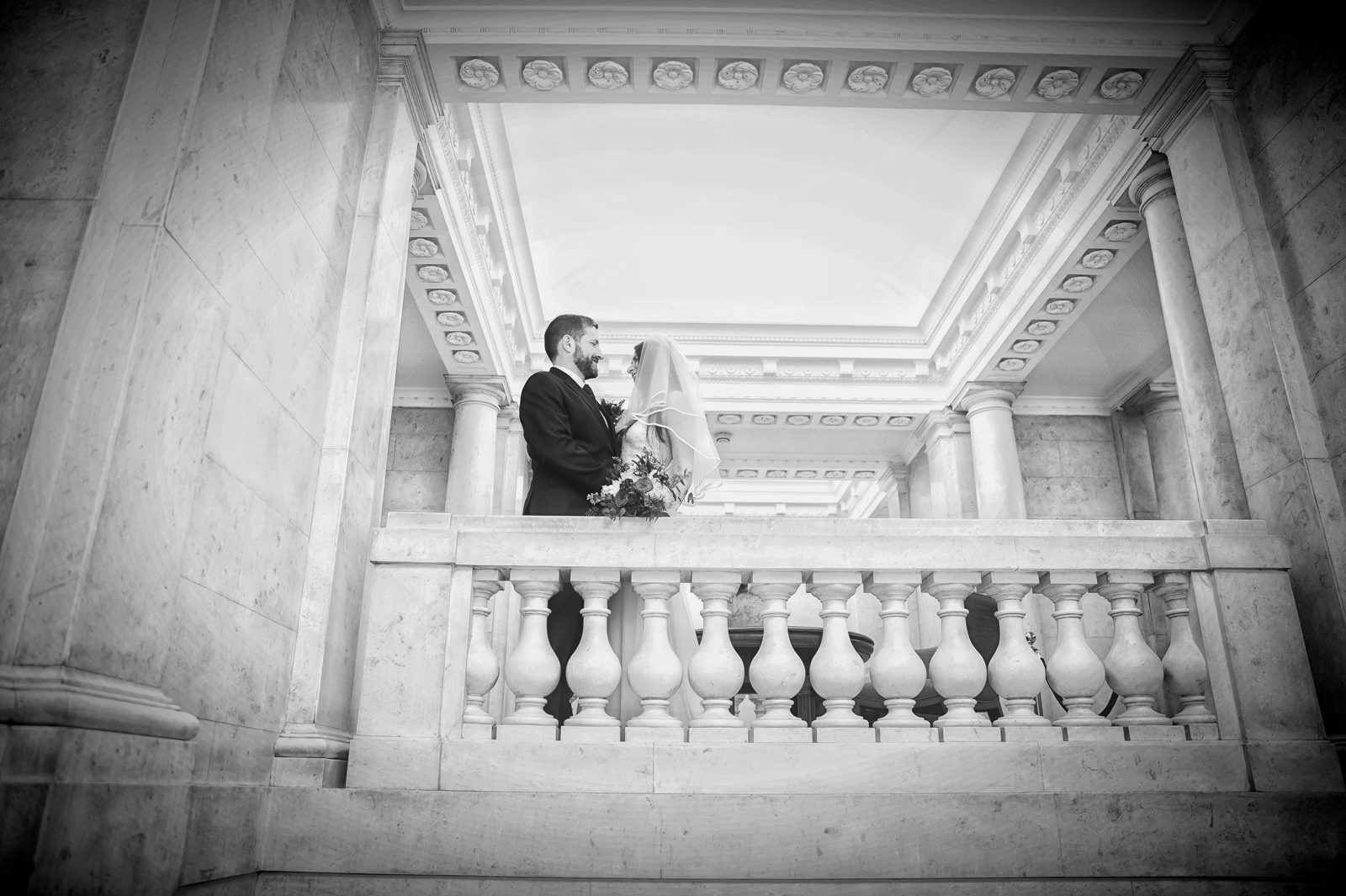 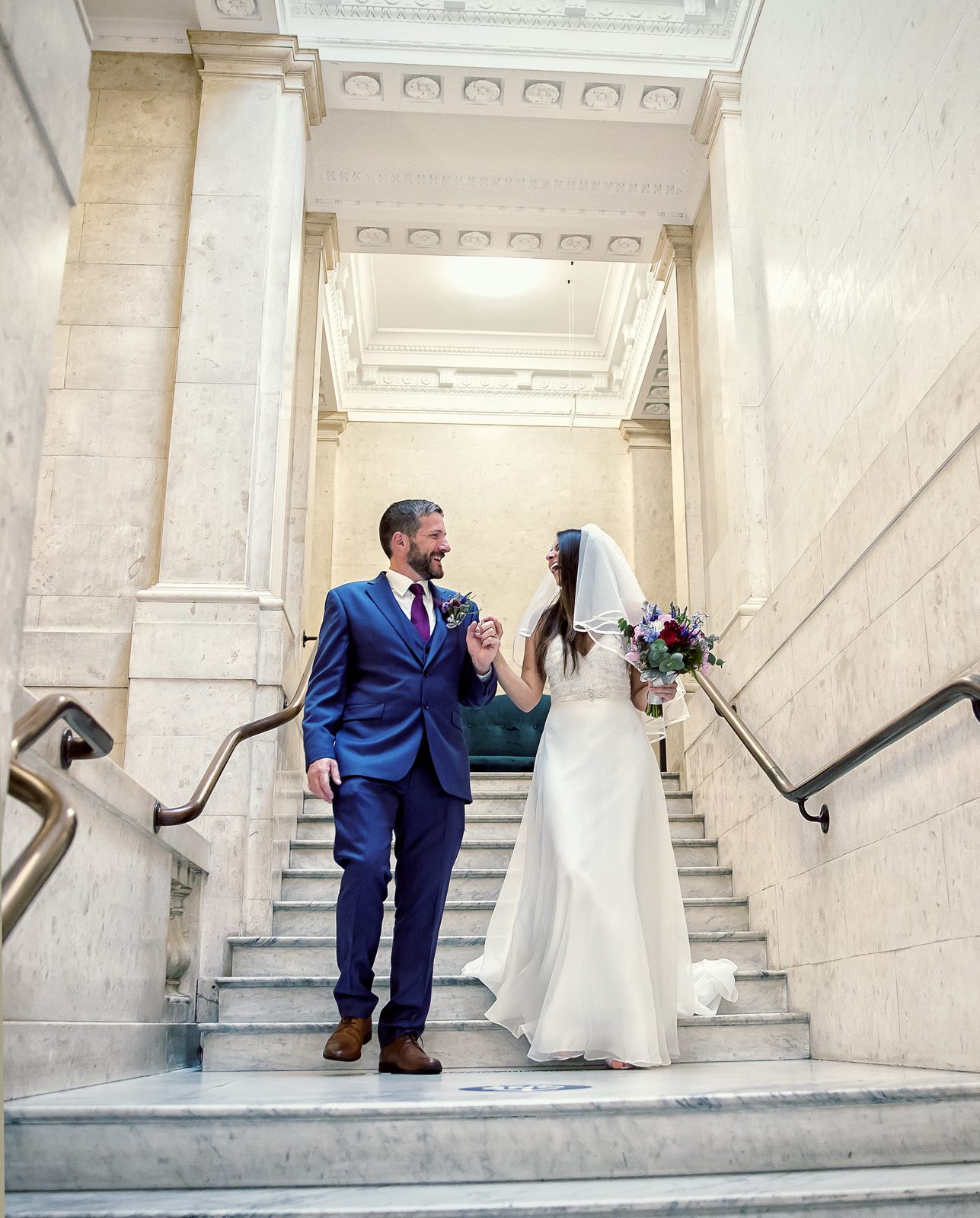 What I usually do in these situations is start documenting the scene, ie: buildings, room if possible, details etc, then the arrival of groom and anyone that is with them, until the bride arrives. Usually I get a minute or two to get some shots before she too has a pre ceremony chat with the registrars. 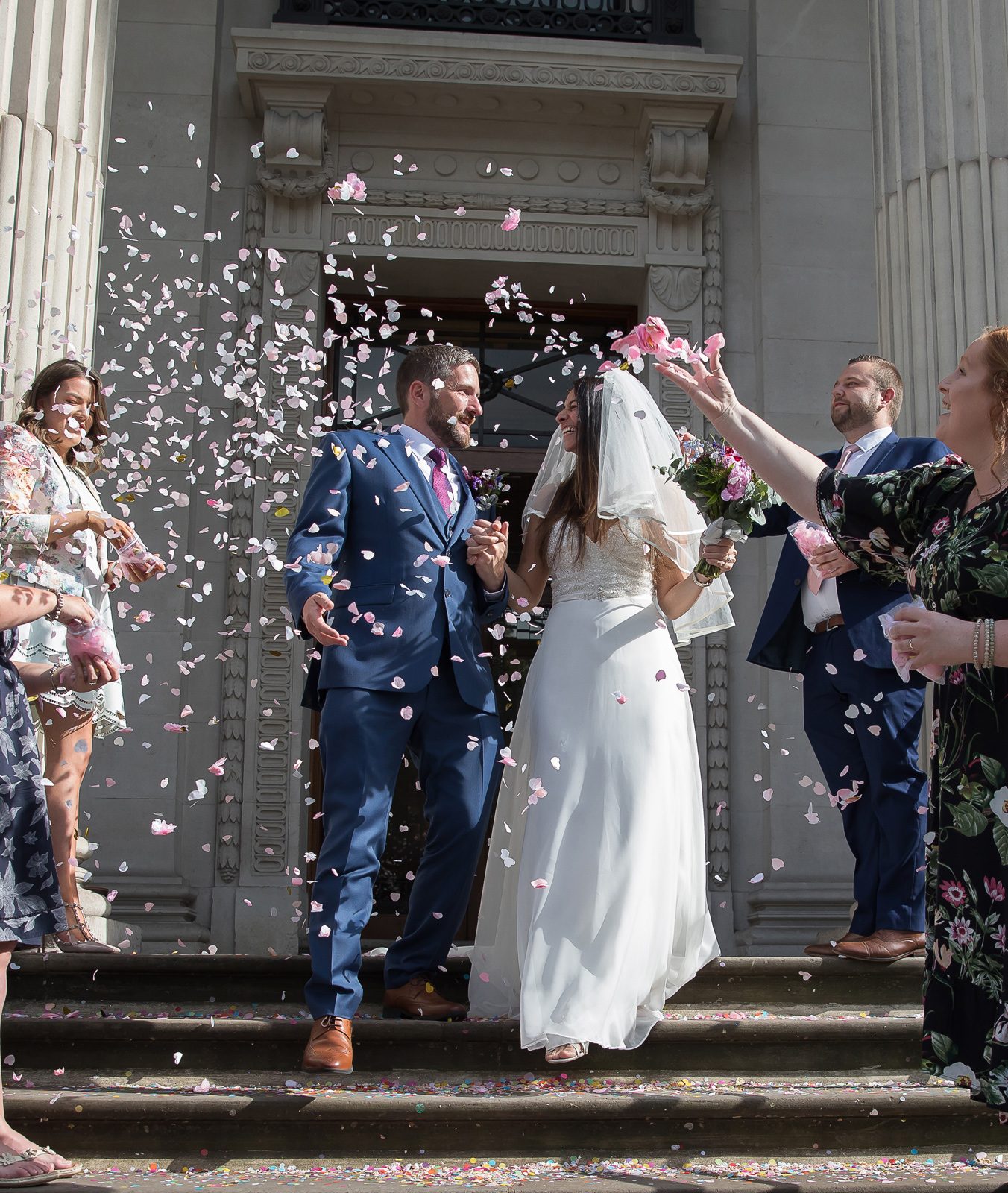 Much as I like the staff at Old Marylebone Town Hall, they are friendly and efficient, but in my humble opinion a little too efficient at times. I get the least amount of time allocated in the building of any London registry, on average 3 minutes after a ceremony in the corridors and stairs. I know they are very busy, but…not that busy. Ok I’ve said it, I know plenty of other photographers who feel the same, they won’t say it though, not publicly! 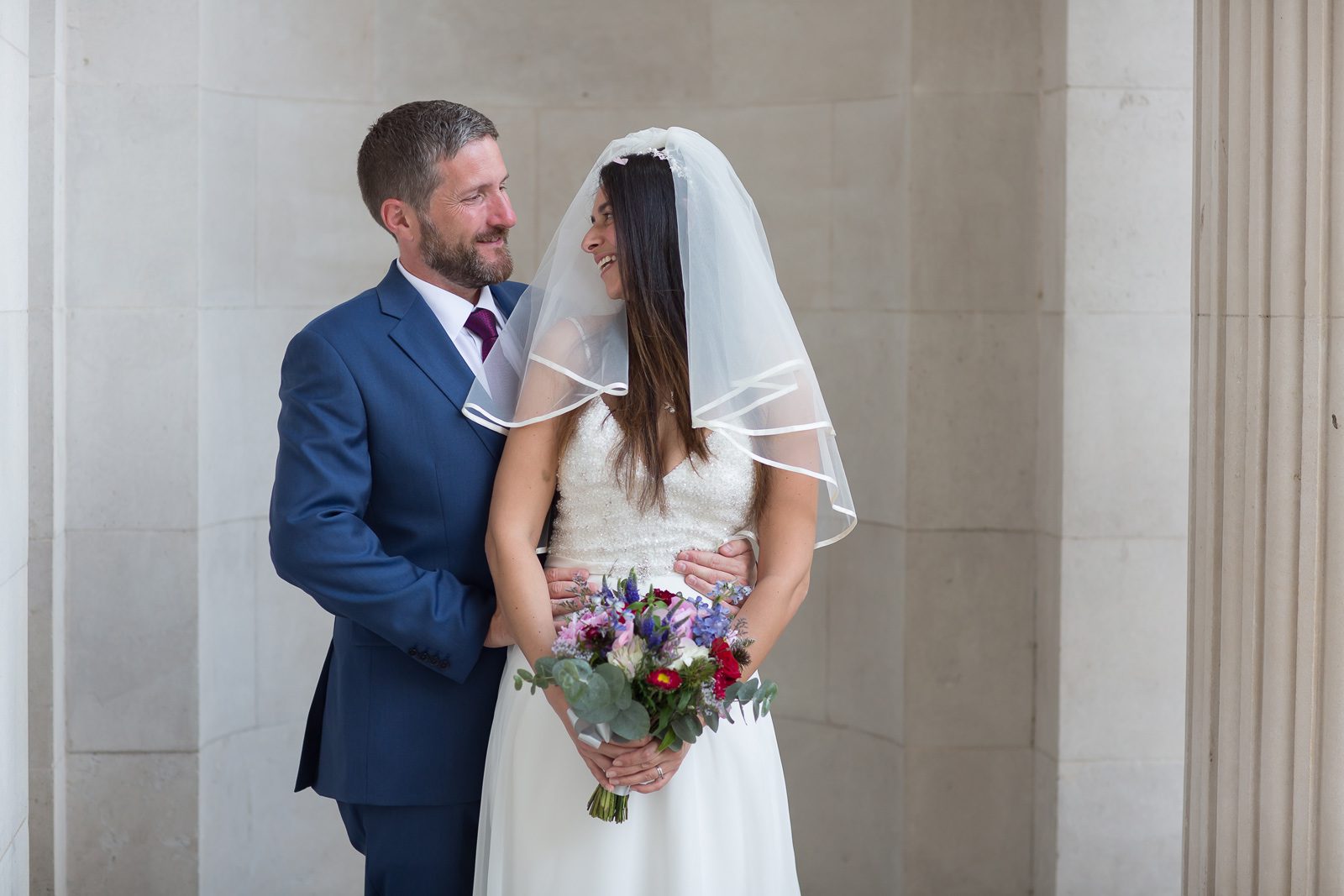 Speaking of ceremonies, this was one of the most affectionate and love filled I’ve seen in a long time, and I’ve documented a lot! Valentina also had the most wonderful and infectious laughter too, which was a joy to capture. 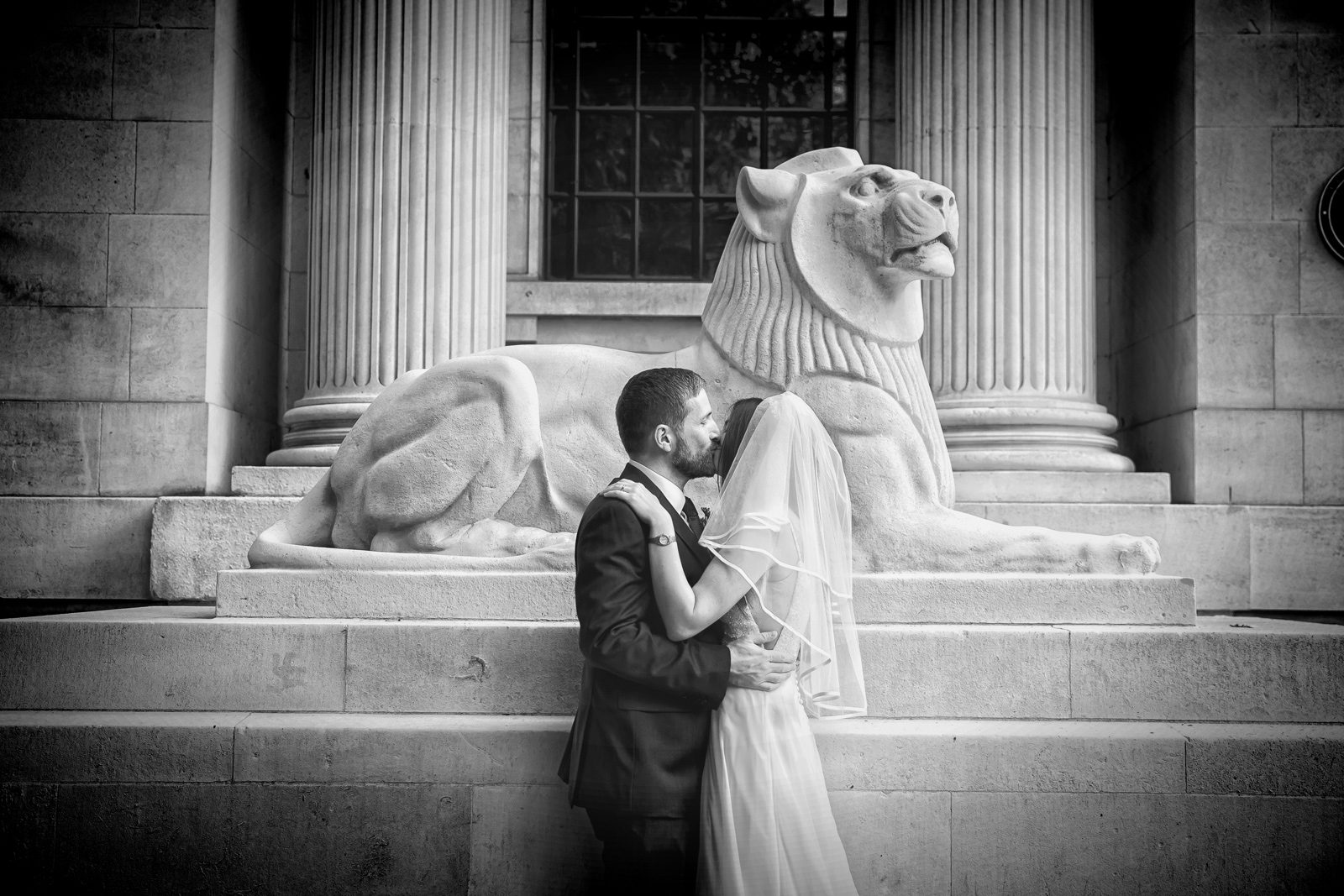 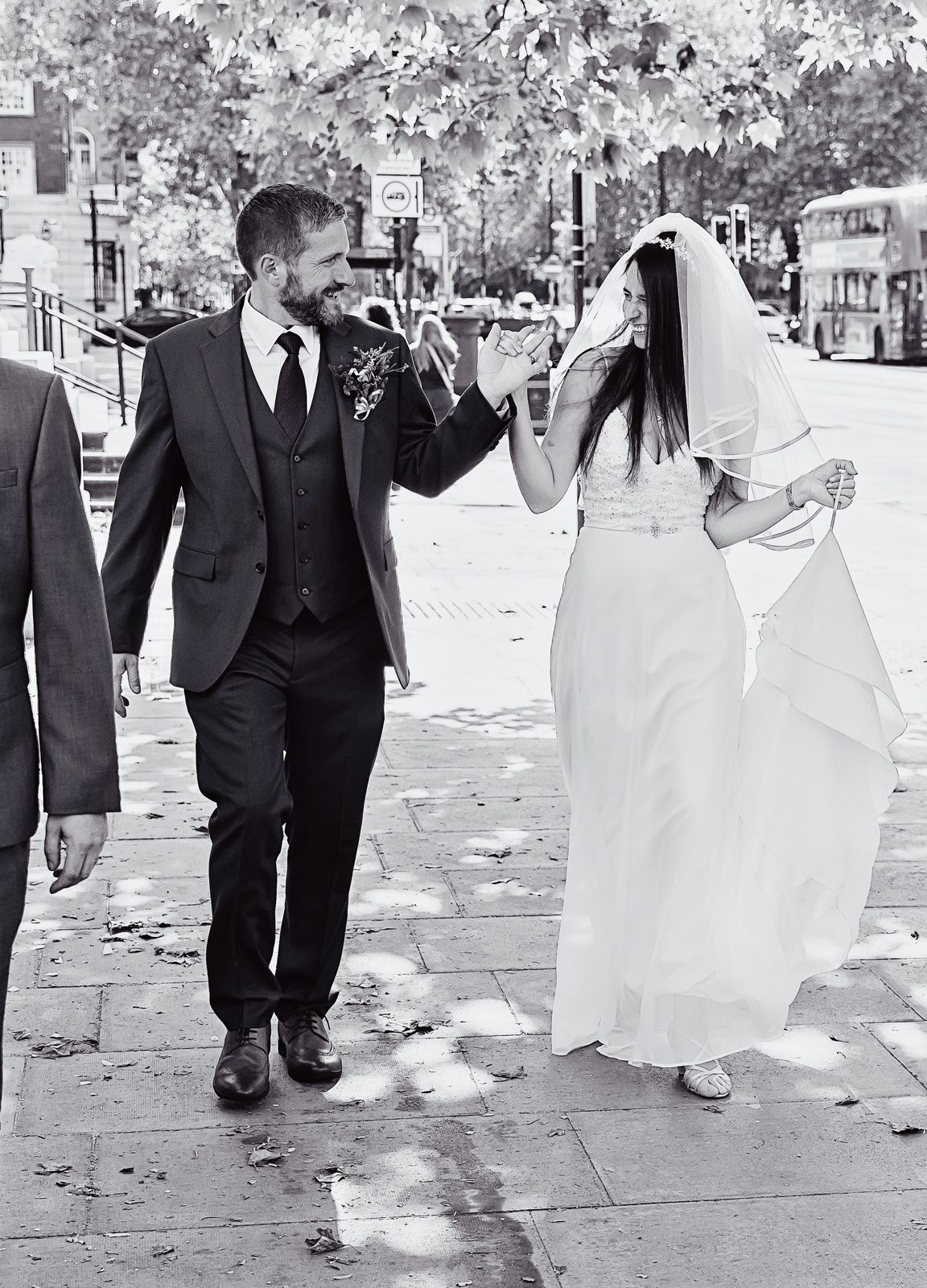 Afterwards I used my three minutes inside with the newlyweds at fairly high speed. I work fast anyway and it certainly kept the energy levels up. 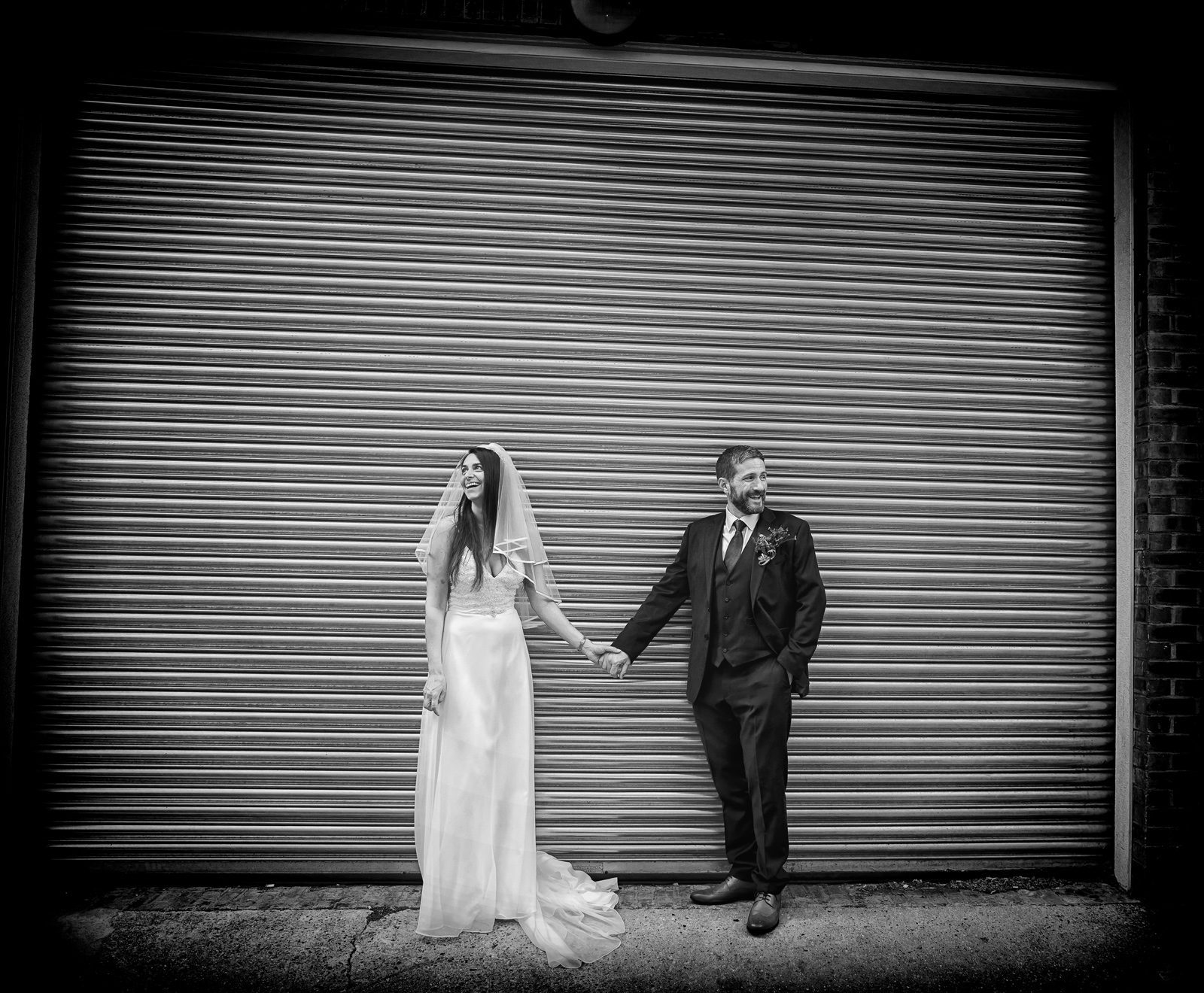 Outside on the famous Old Marylebone Town Hall steps it was time for confetti in super bright sunshine. So many times I’ve heard guests at weddings say that they think the personal photos they are taking will be better in sunshine. Well, while we all love sunshine, it usually makes people squint and…let’s just say it’s not that flattering to many skin tones. I noted the sun was going in and out fairly rapidly, so after a few group shots I asked if there was any confetti left, and everyone enjoyed another throw in what is known in photographic speak as “open shade” and so much better! 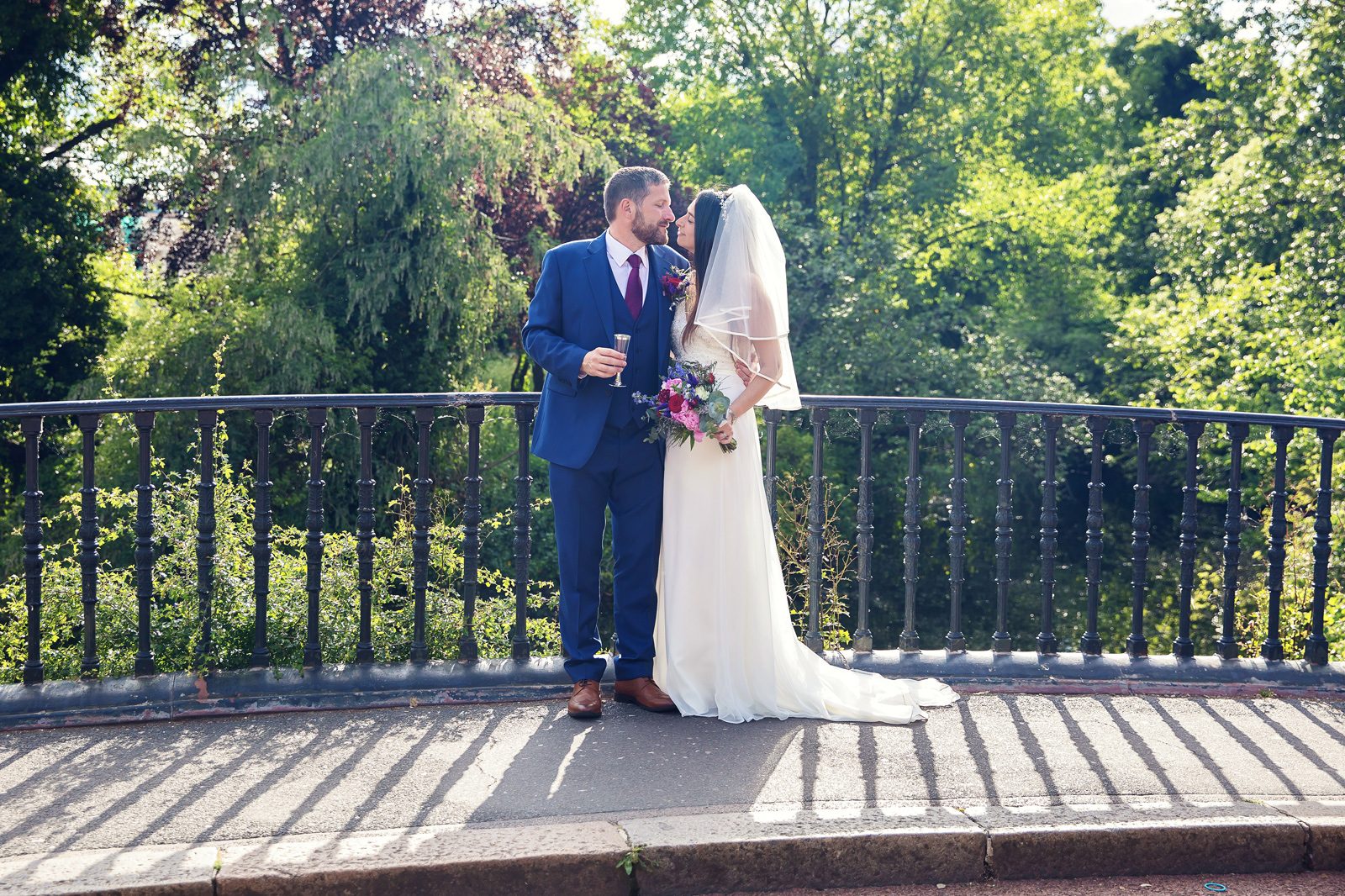 My coverage for this was at my minimum two hours, so we had plenty of time to walk towards Regents Park and get some shots there. As is my usual style anything on the way that looks interesting we used for shot variety and some fun. Roller doors, bus stops iron railings and general walking shots. I’ve also included an image with a happy cyclist riding past, I spied her out of the corner of my eye and definitely wanted to include her for a more funky take on a fairly traditional shot. 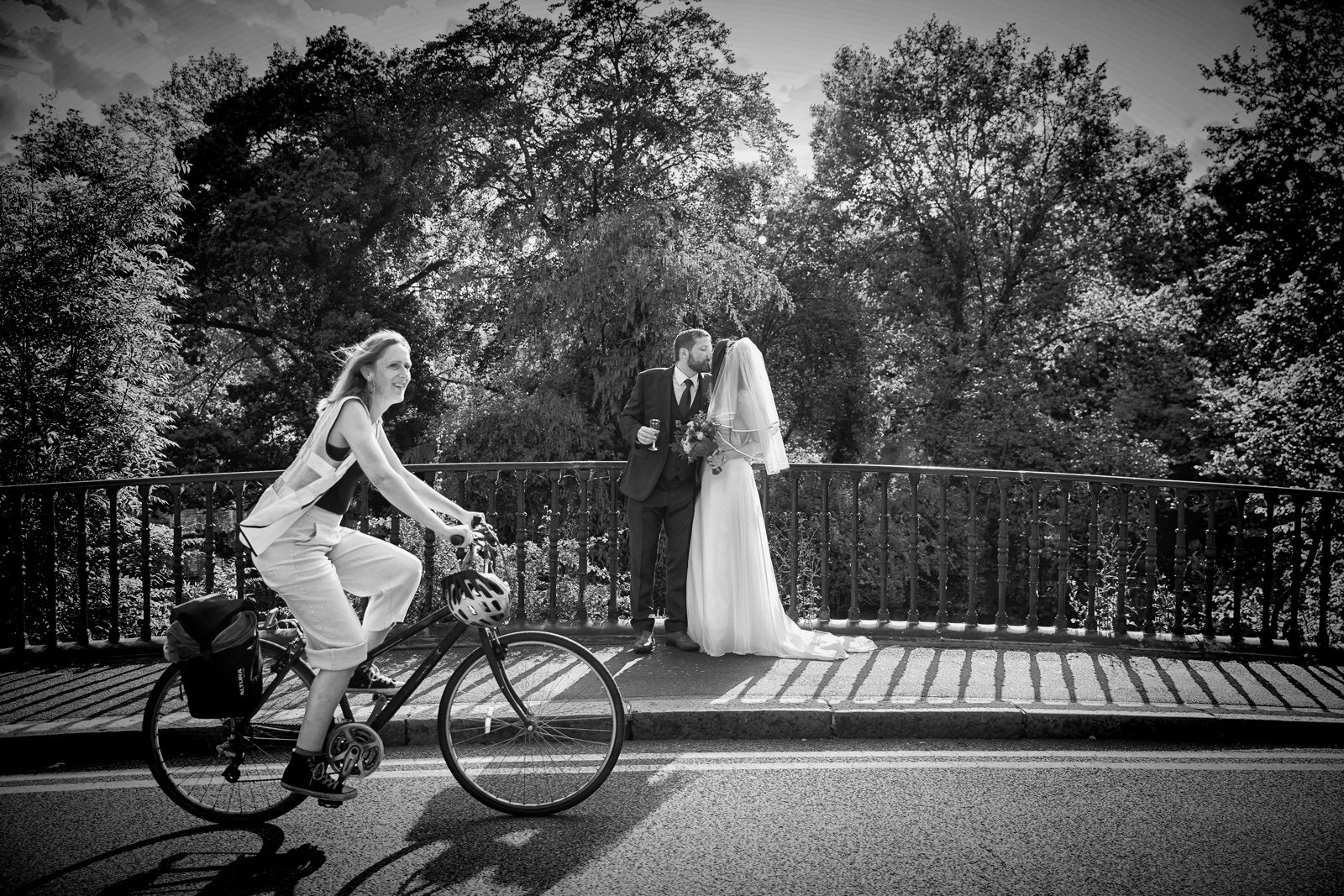 I celebrated a little with the couple afterwards in the park, and then got on my horse and road off into the sunset for the day. 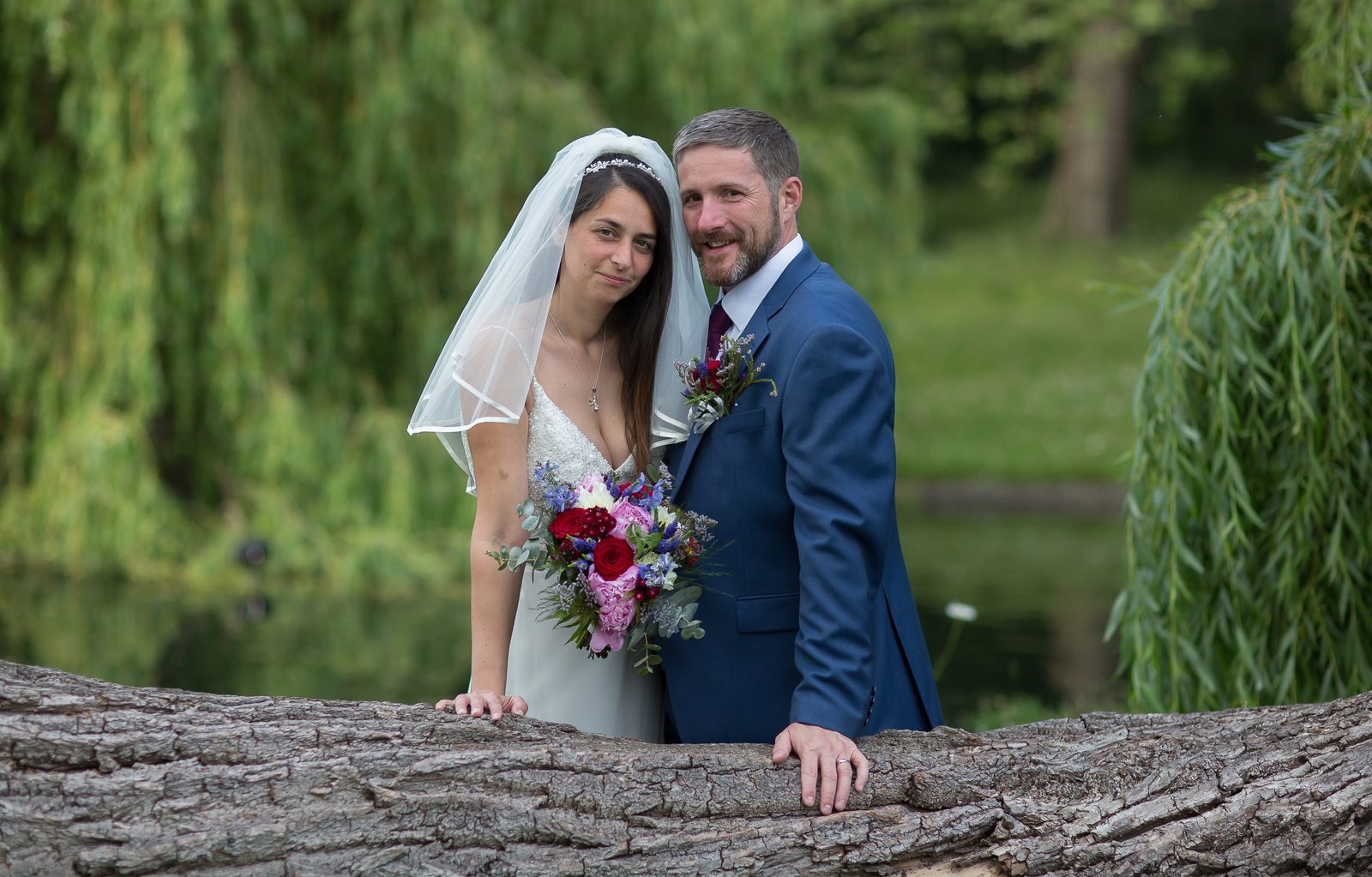 One week later I was able to send them just under 600 edit images for a permanent reminder of a really fun time. Congratulations to Valentina and James and their super wedding at Old Marylebone Town Hall!!!!! 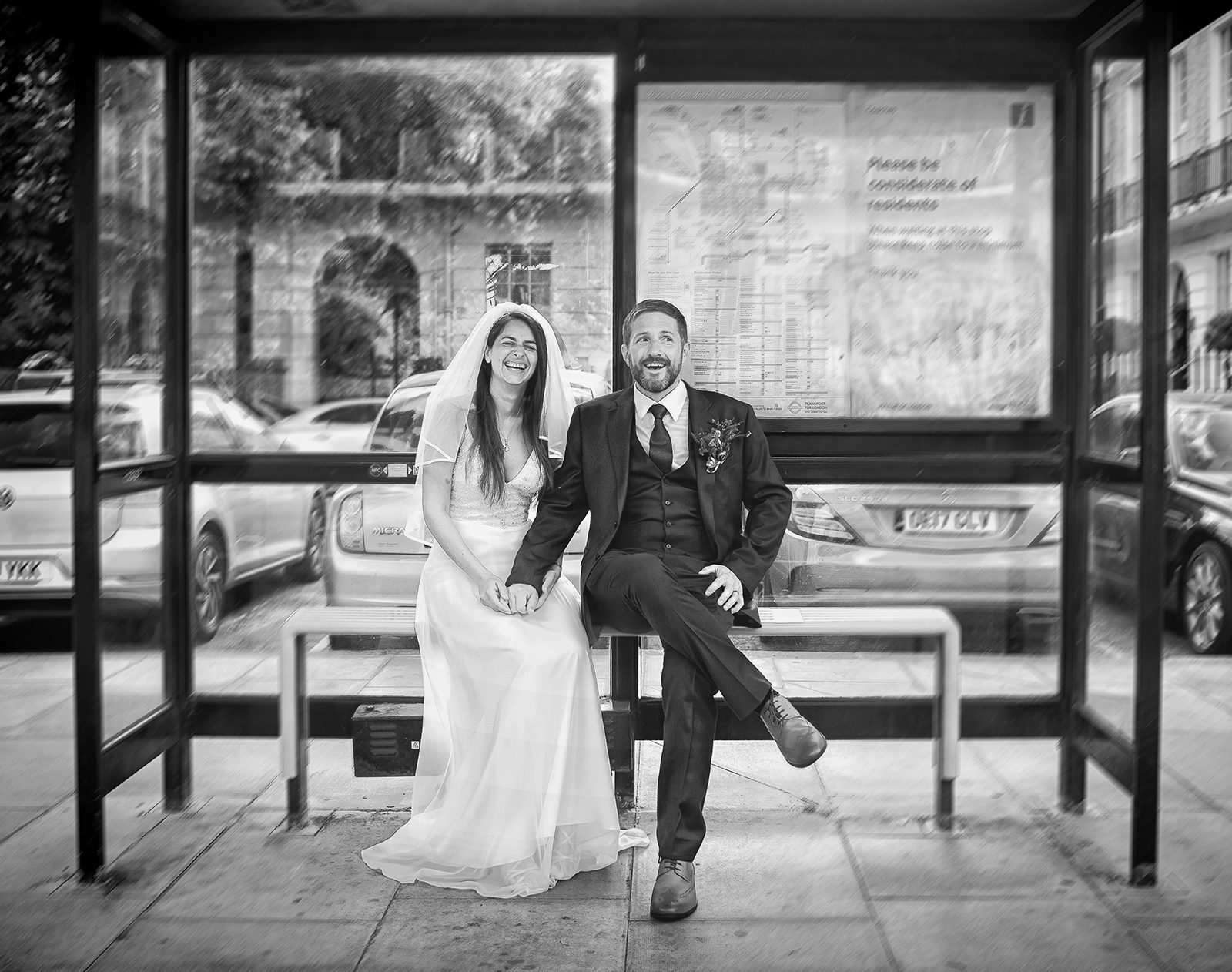