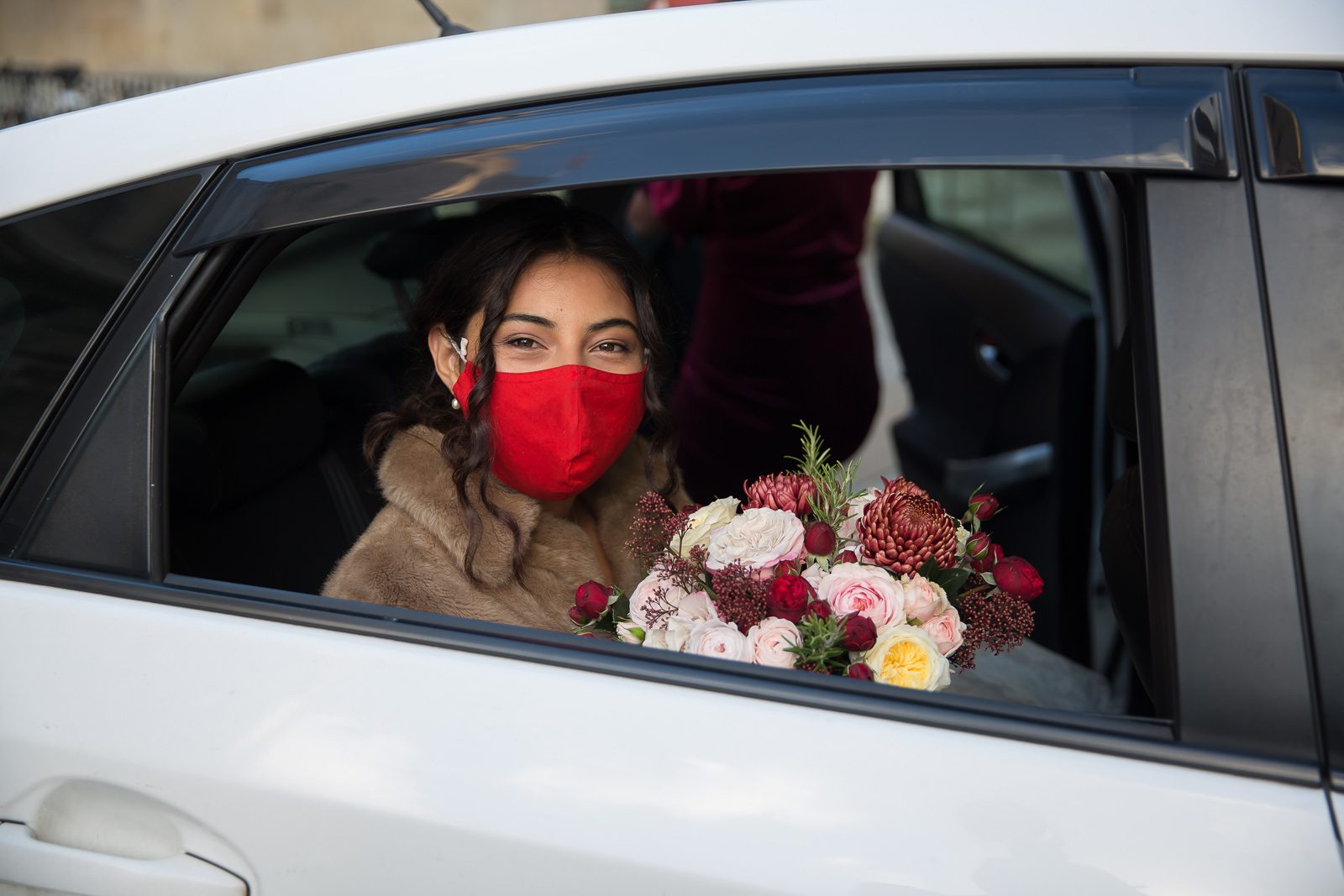 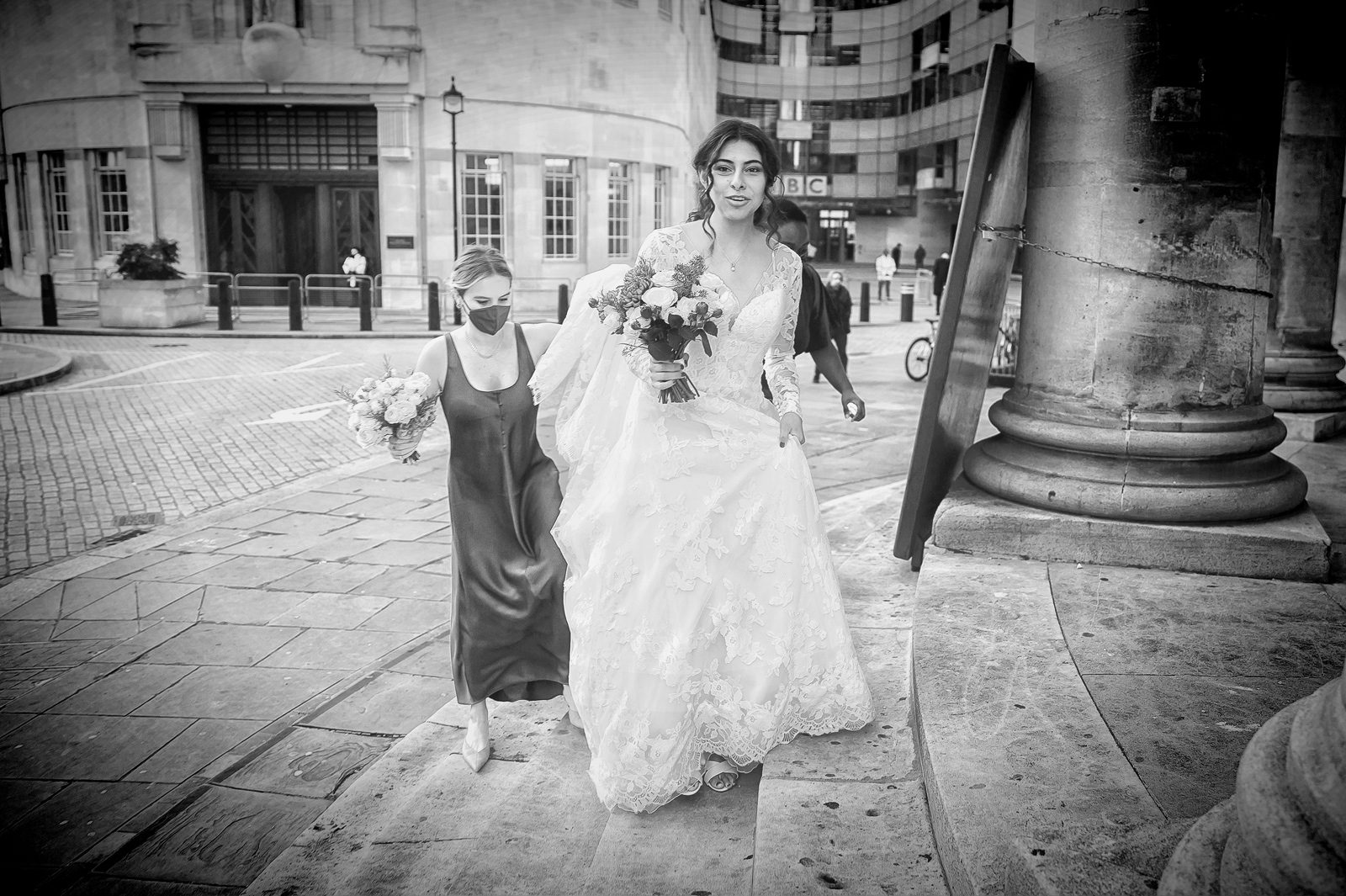 To say that 2020 to 2021 were challenging years for the world as a whole is of course obvious and a bit of an understatement. The wedding industry like most others was challenged and had to adapt too. We thought it would be a good idea to show what a “socially distanced” wedding looks like for a number of reasons, the main one being to showcase that the the joy, love and uniqueness of a big day, though smaller in scale, is absolutely undiminished! 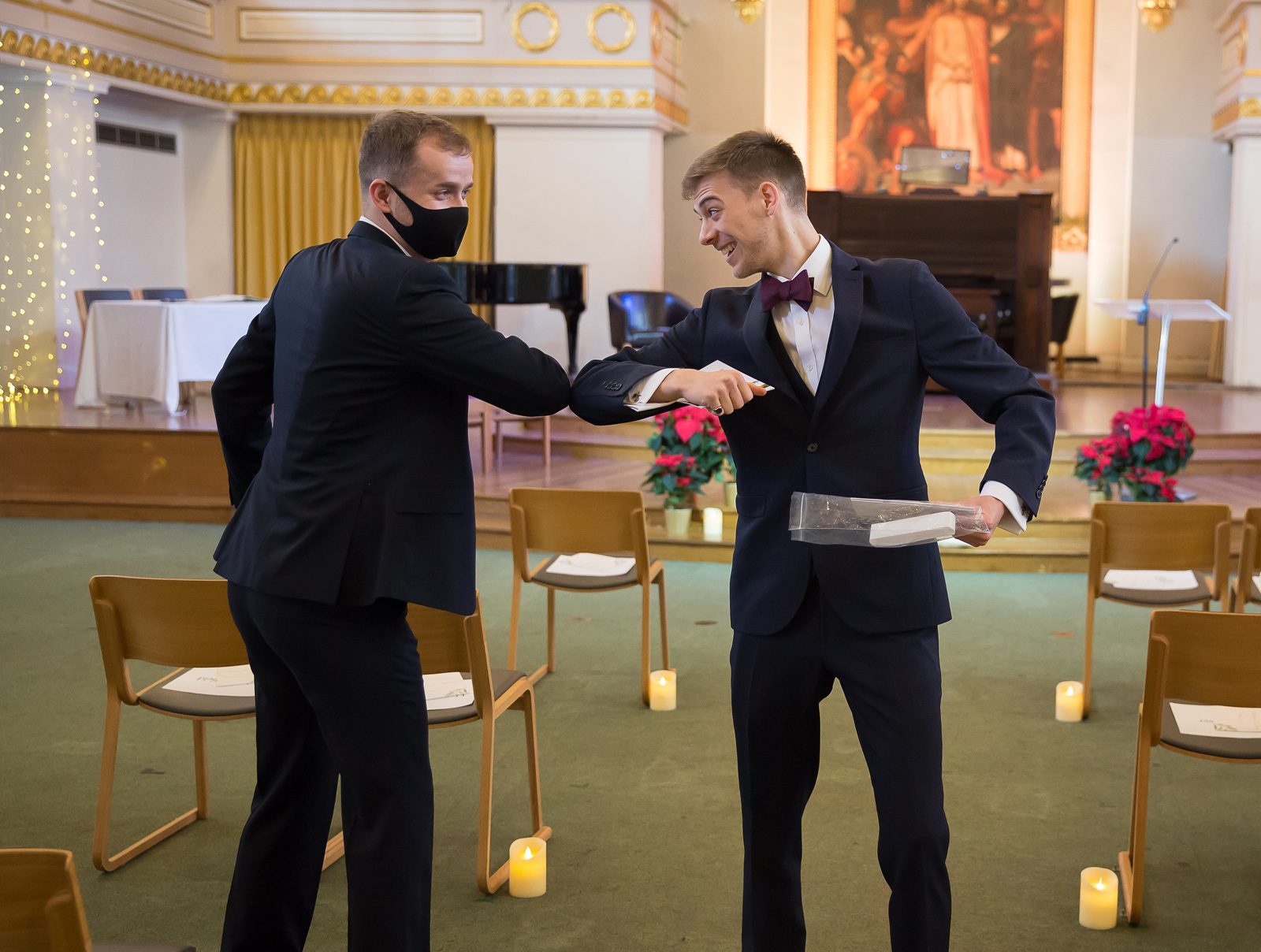 David was the busiest last year, sometimes capturing four weddings a week. Although the first three months were well booked with “normal” size and timeline weddings, come March we all had to massively adapt. Many couples understandably moved their dates, but many others decided to press ahead when they could and scale back their plans. 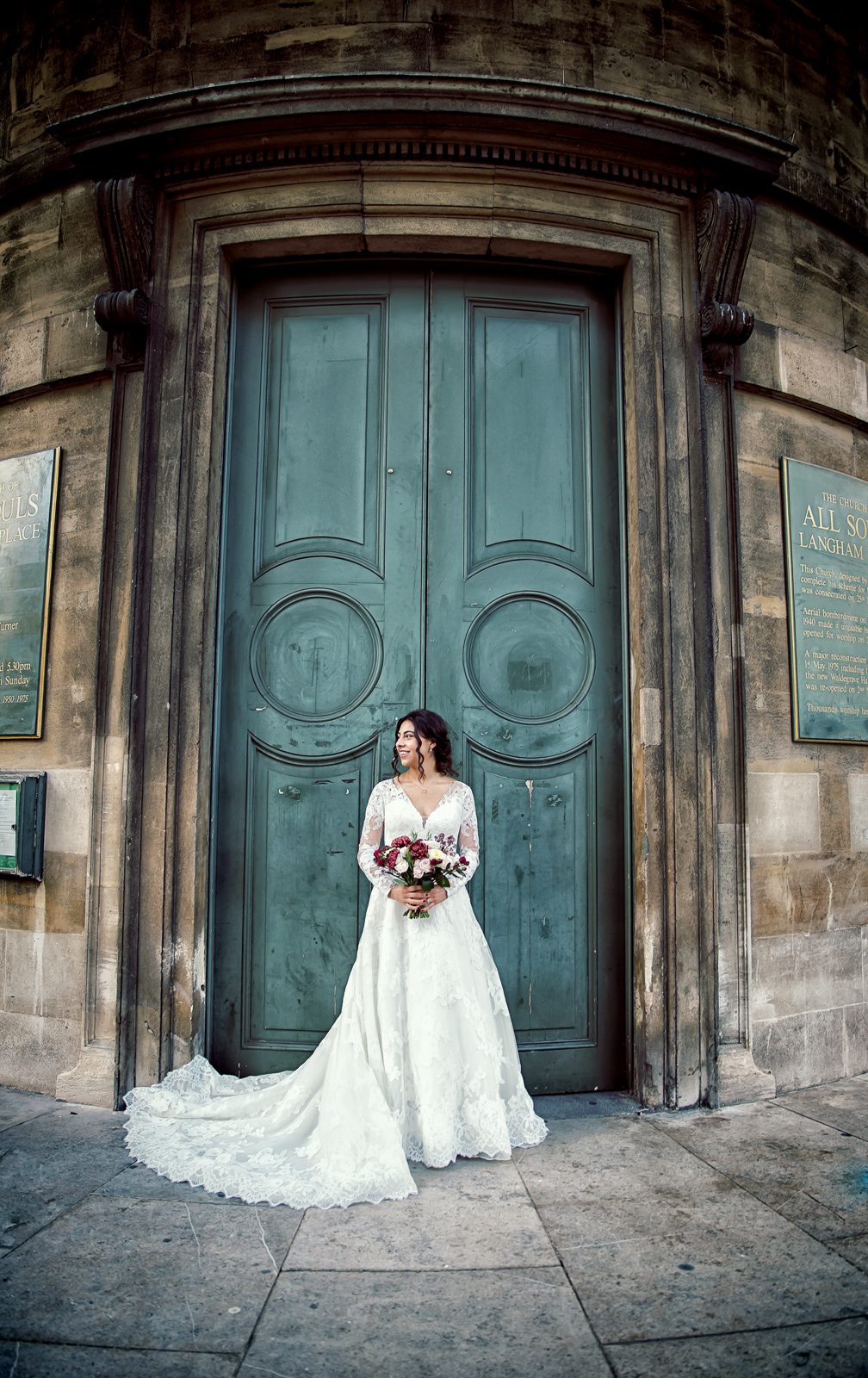 Featured here are one such couple Rebecca and Matt, who’s original grand plan was a ceremony in the lovely All Souls church next to the BBC in London, followed by a shoot as newly weds around some central city sights, and then on to a large reception at Crypt on the Green in Clerkenwell. A long planned fusion of American and English families coming together in the capital where the couple met. As ultimate reality would have it, it was 15 souls at All Souls, and a restaurant dinner afterwards, with an amount of Zoom, and some recorded video messages too.

I’m just delighted it went ahead and I was able to be part of an intimate heartfelt and memorable event. As you can see from Rebecca’s arrival it was a mask on mask off affair. Thankfully once things were underway  both bride groom  and clergy were exempt. I was lucky enough to do twelve such socially distanced weddings and this was pretty much the norm, but absolutely non were any the less for it. I particularly like the two shots below where you can see Matt going from happy and excited to overwhelmed when he first sees his wife to be walking down the aisle towards him. 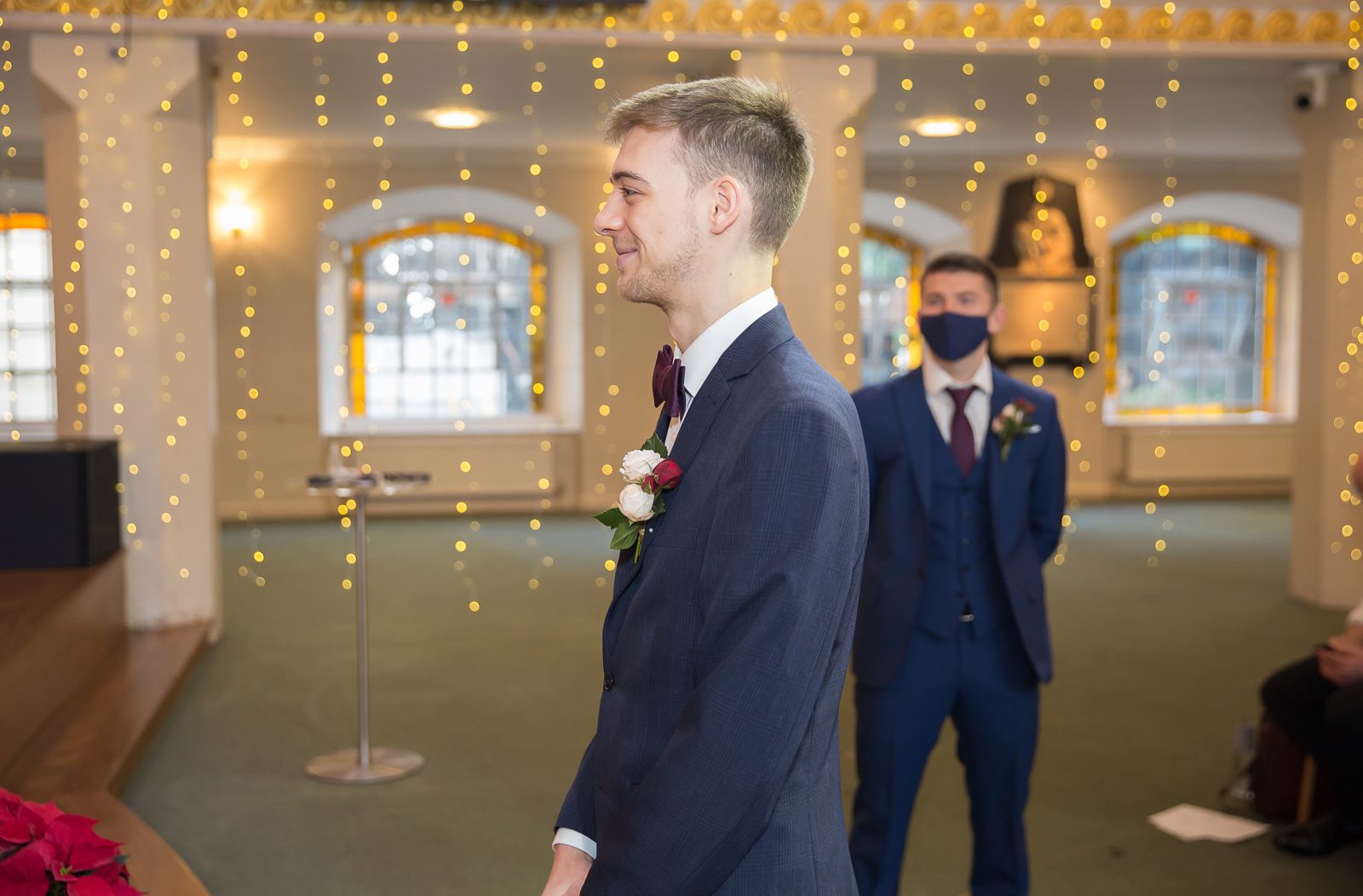 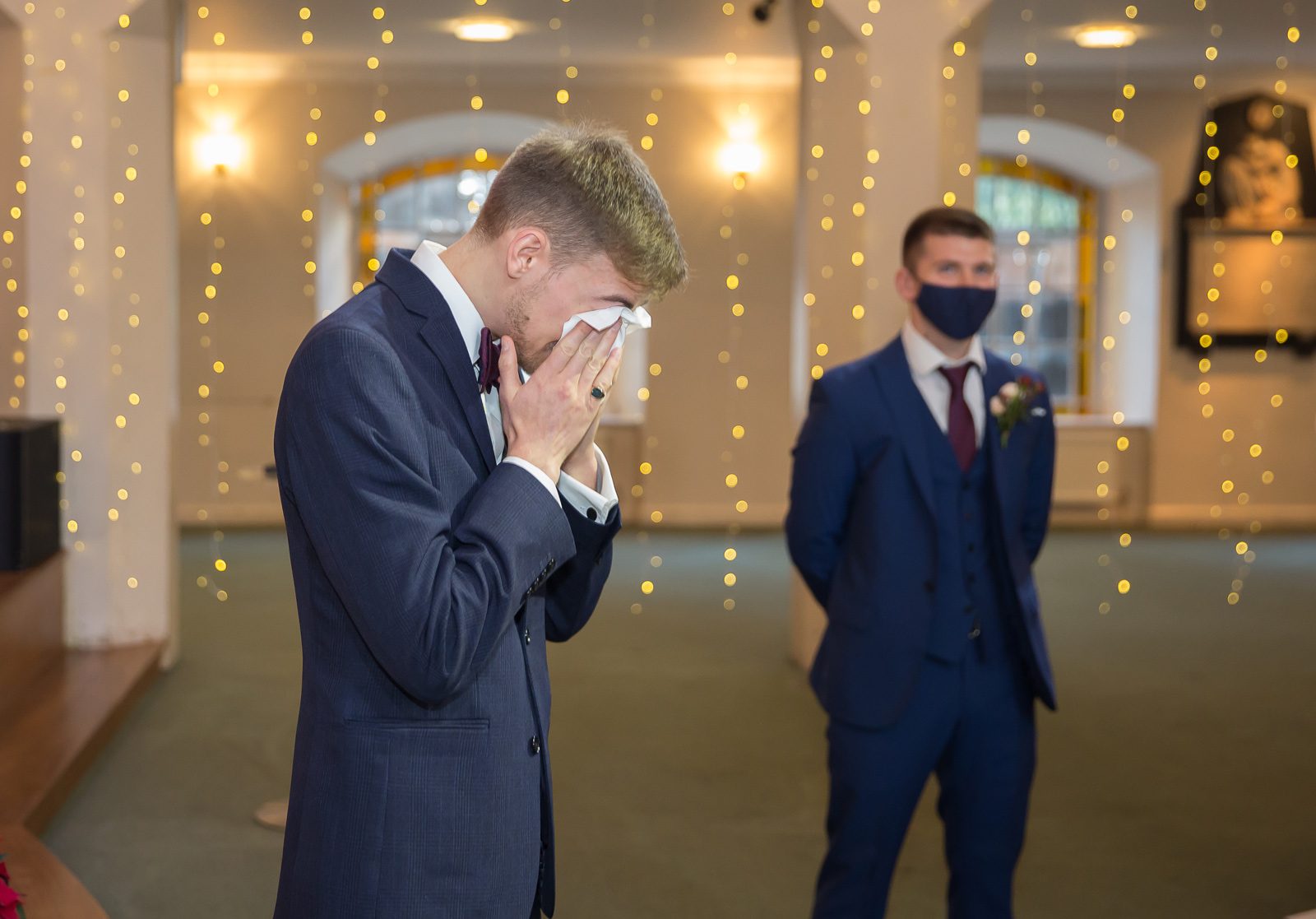 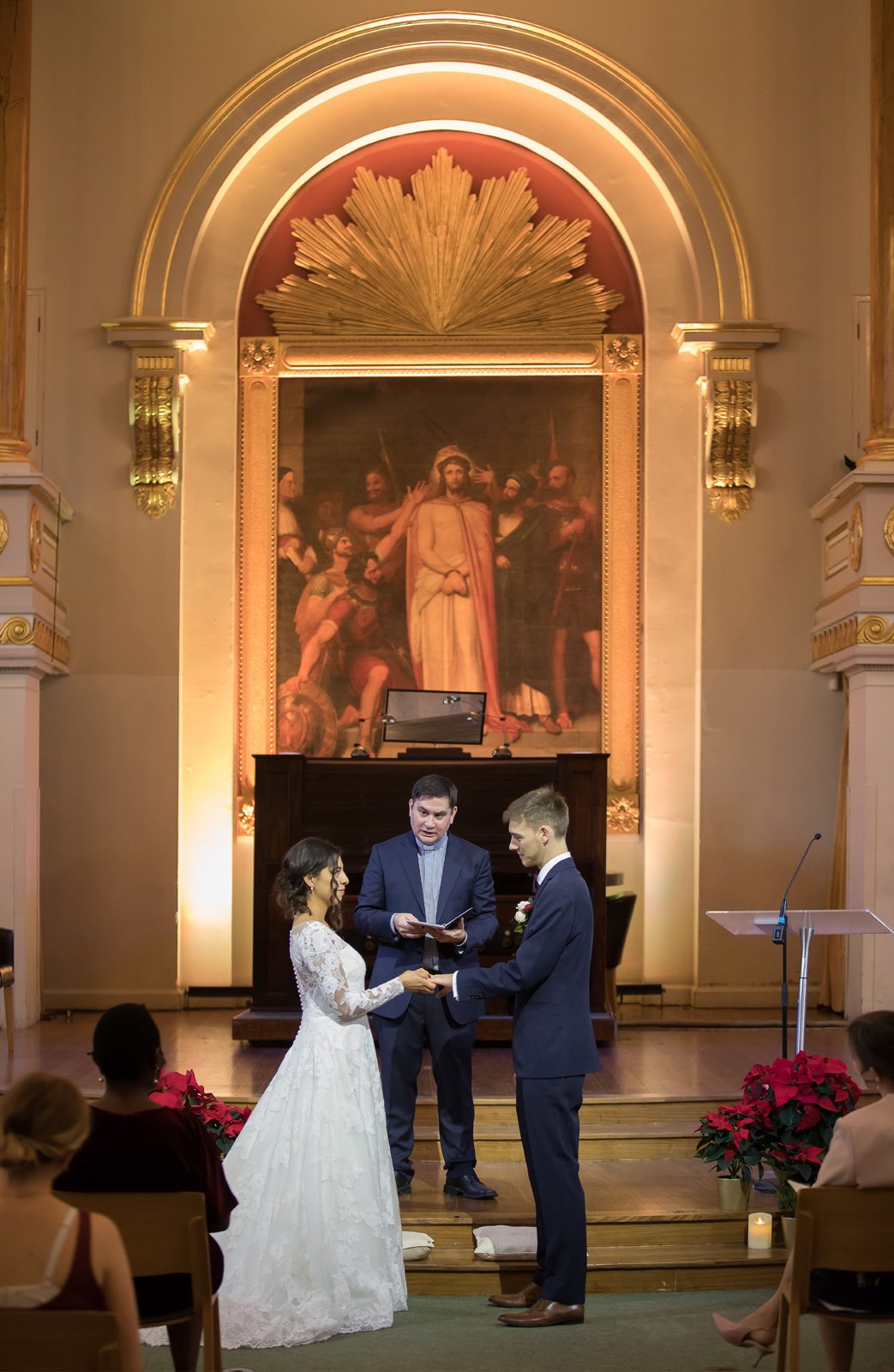 When there was some live guitar and singing interludes I snuck quietly up on the balcony, to get the kind of wider shot you can see below. 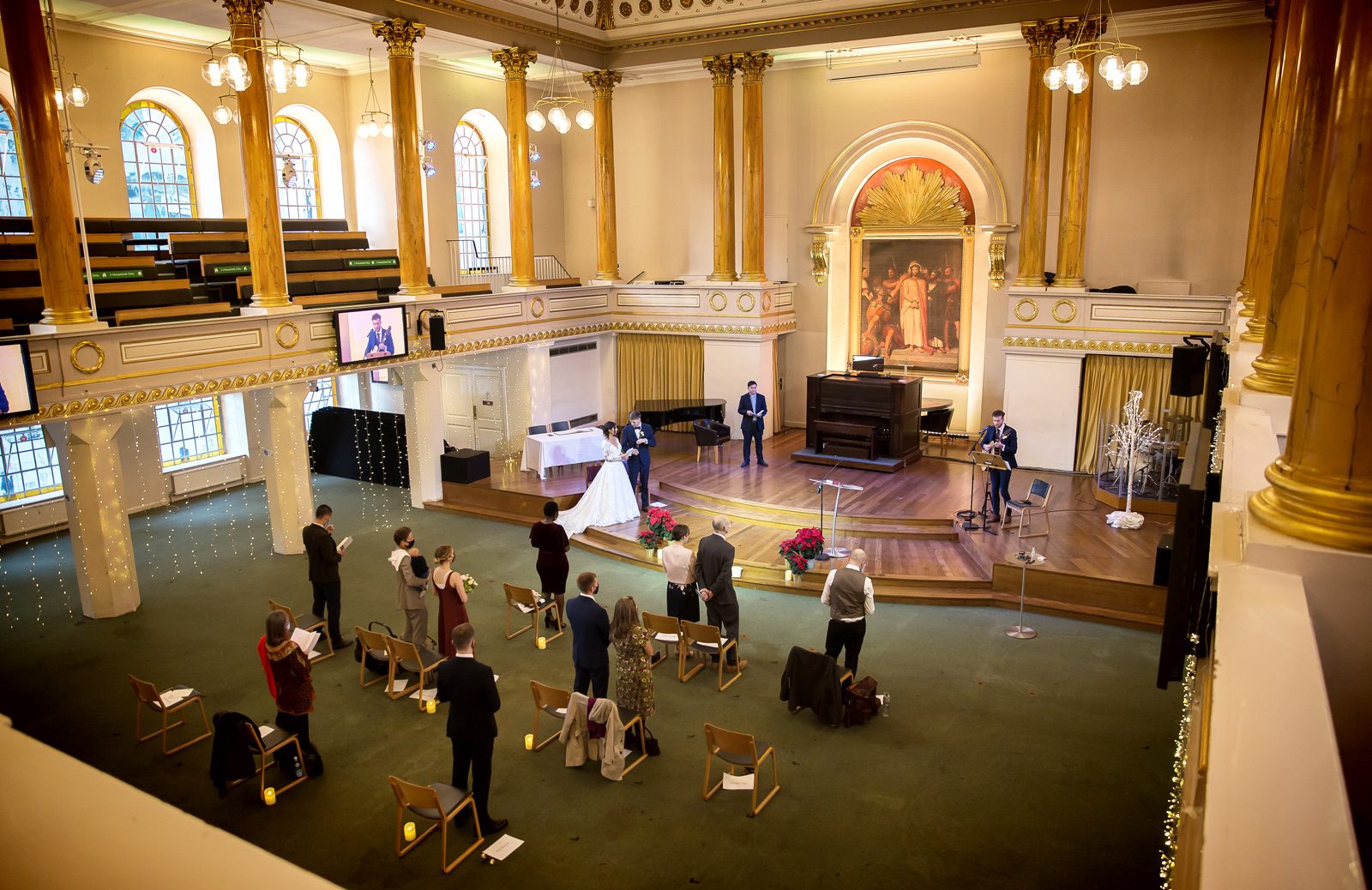 We take a lot of shots by the way, all with a purpose, and all of which we give to our couples after editing. Back to the ceremony, one of my favourite parts was where a family friend performed magic tricks which he’d taught himself especially for the wedding. Very unusual end to the ceremony, and very entertaining too. 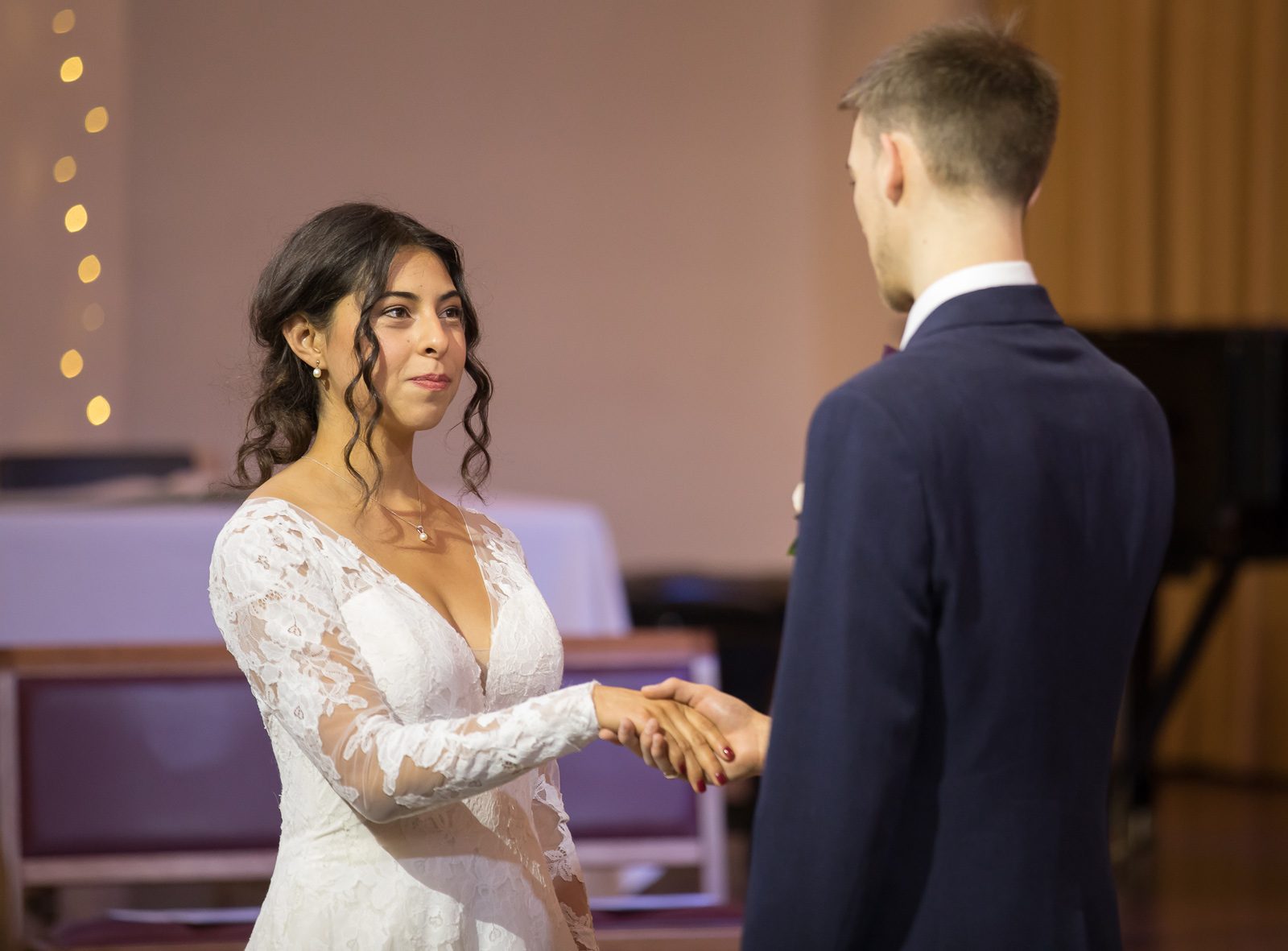 By the time the register was signed and Rebecca and Matt walked back down the aisle it was dark outside. Still I’m very experienced with winter weddings, and I was very happy with our confetti shots, family groups and the five minutes or so I had to grab some couple shots outside. A bit less time than the hour we had had originally planned though! 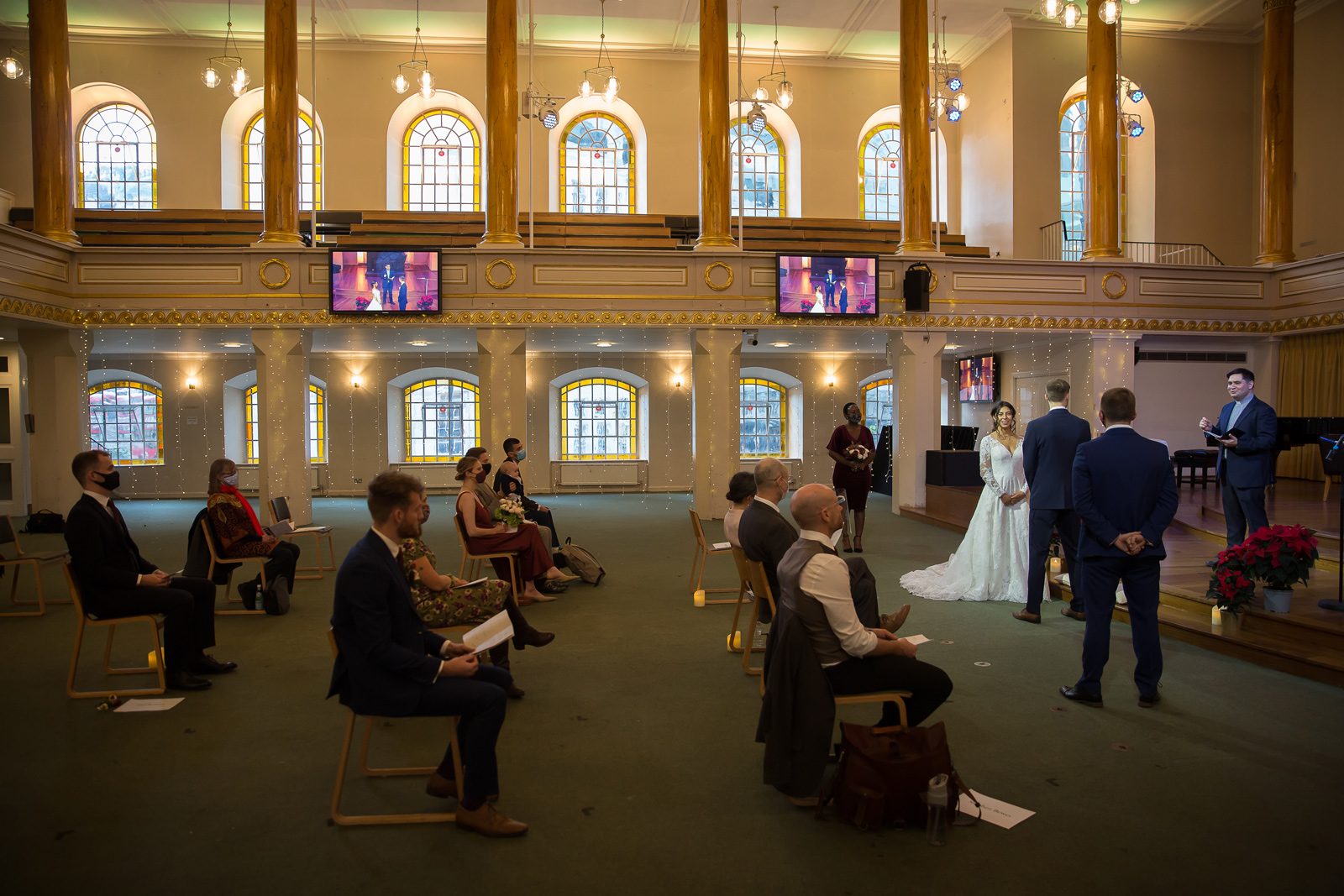 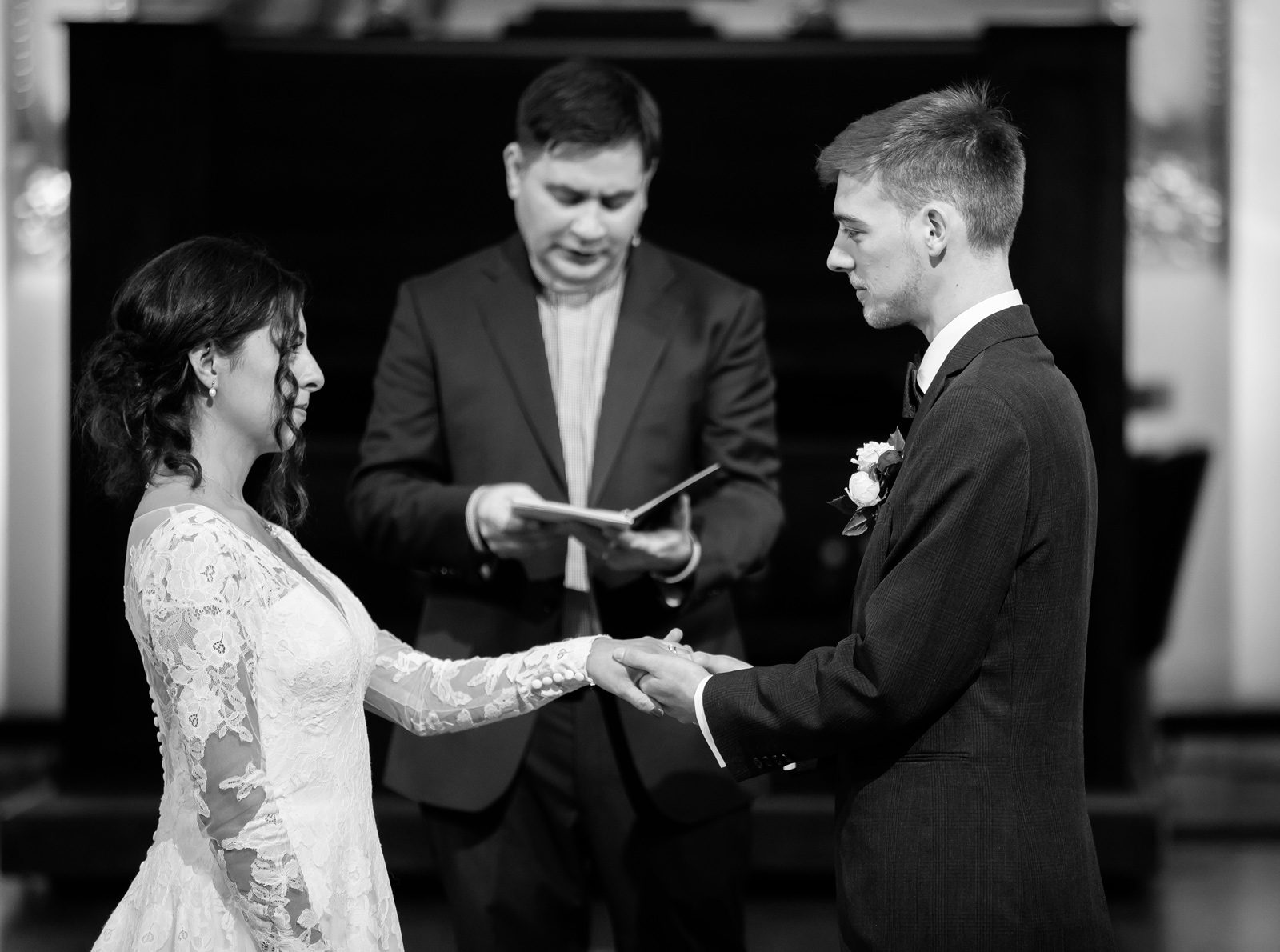 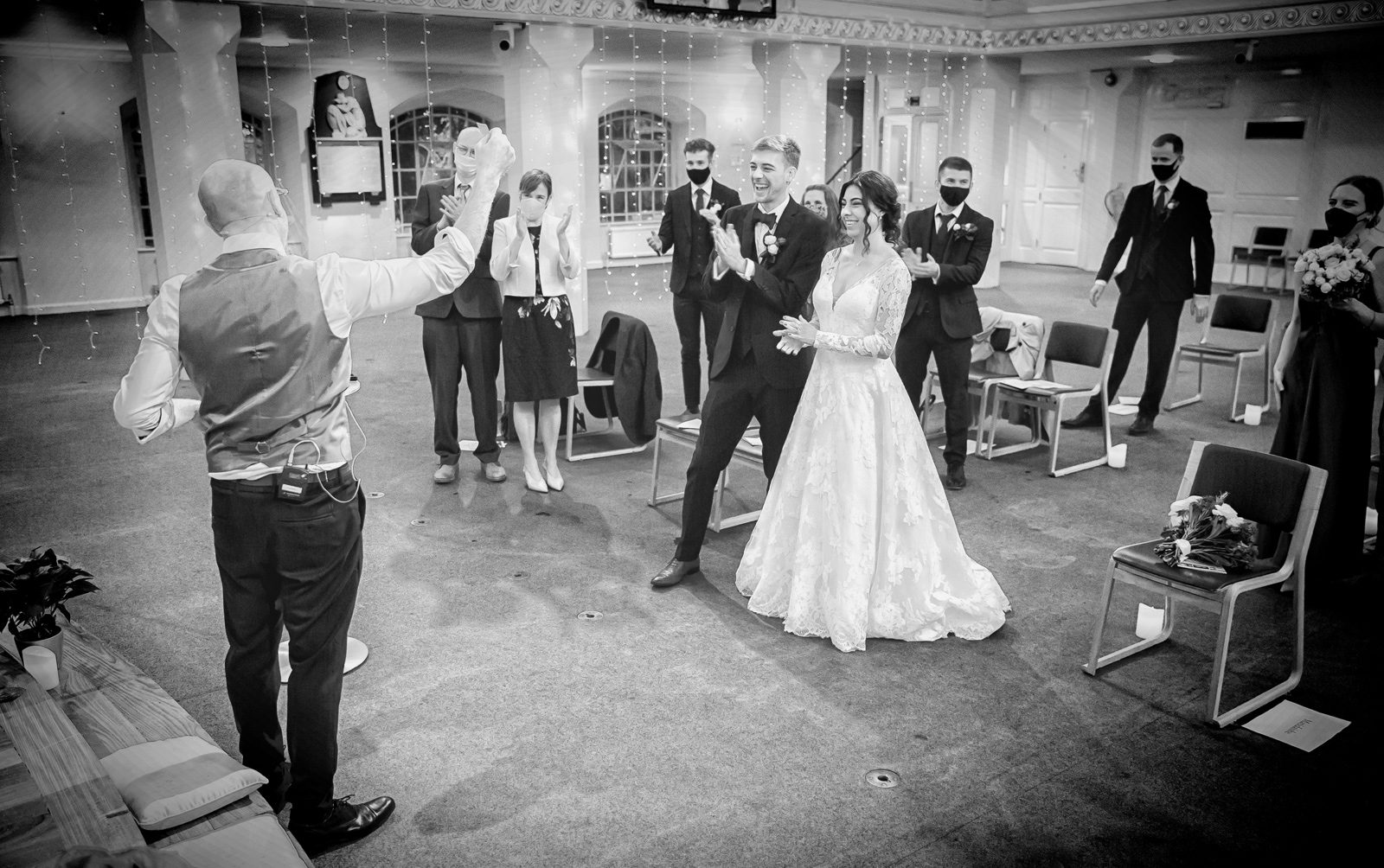 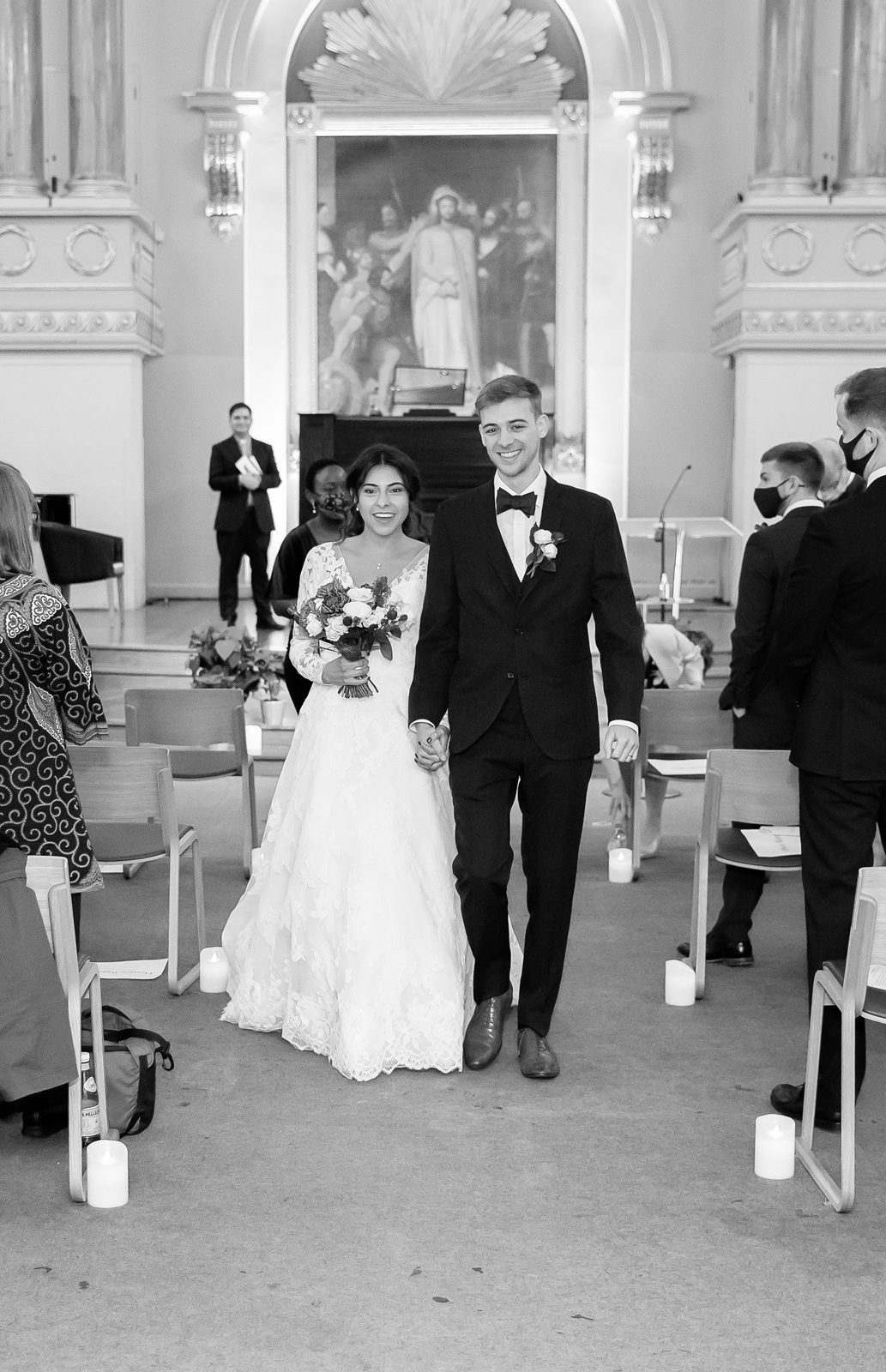 All in all a lovely time, and I’m sure the start of a wonderful life for these two guys together. 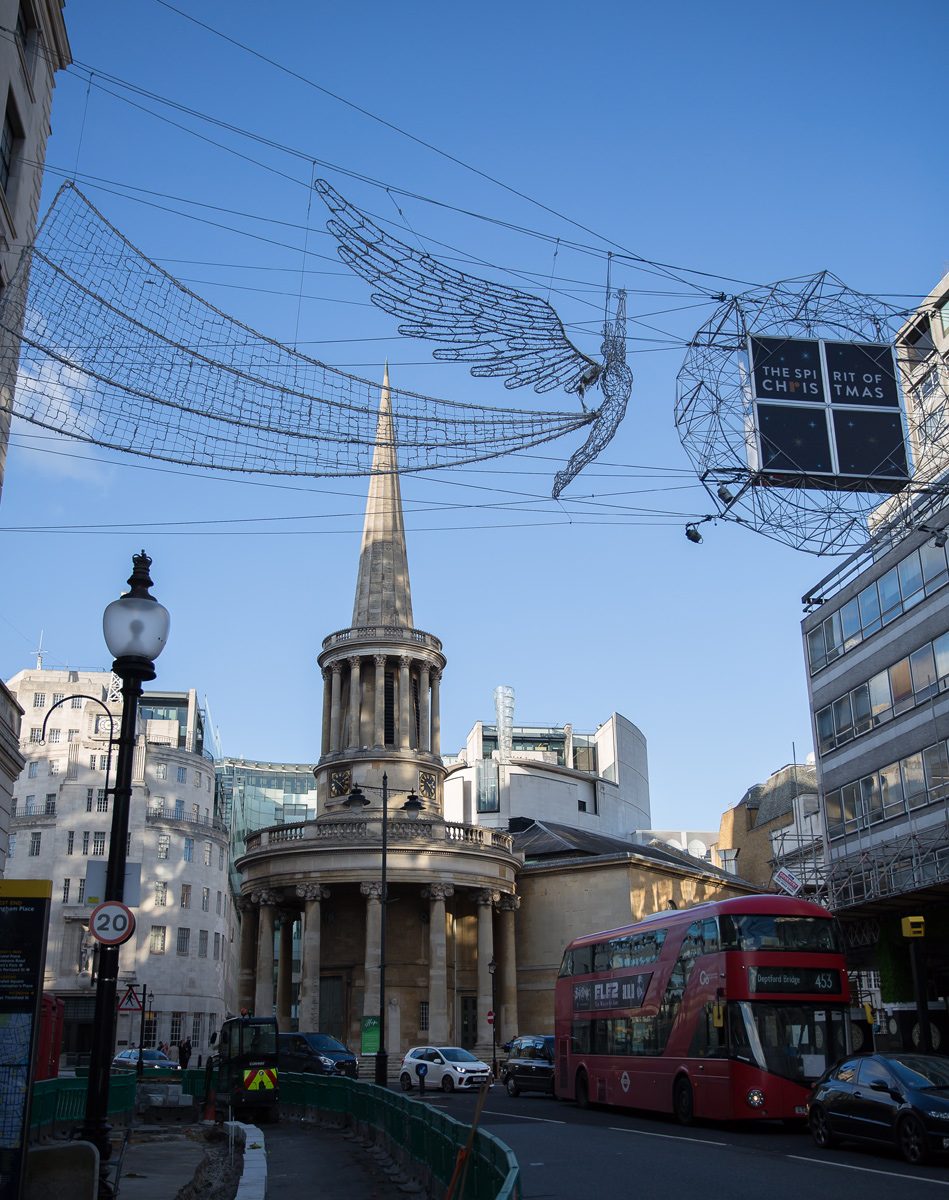 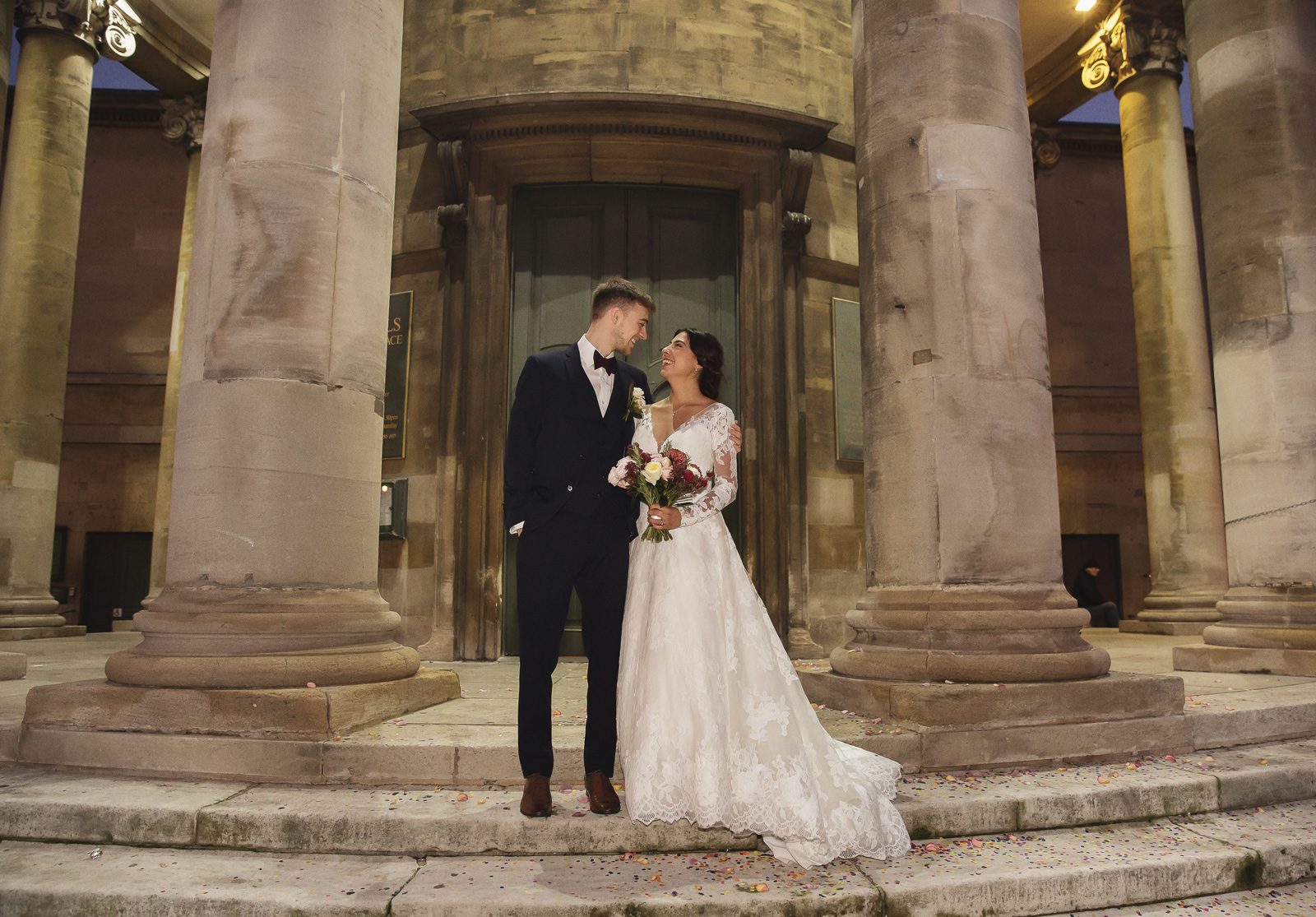 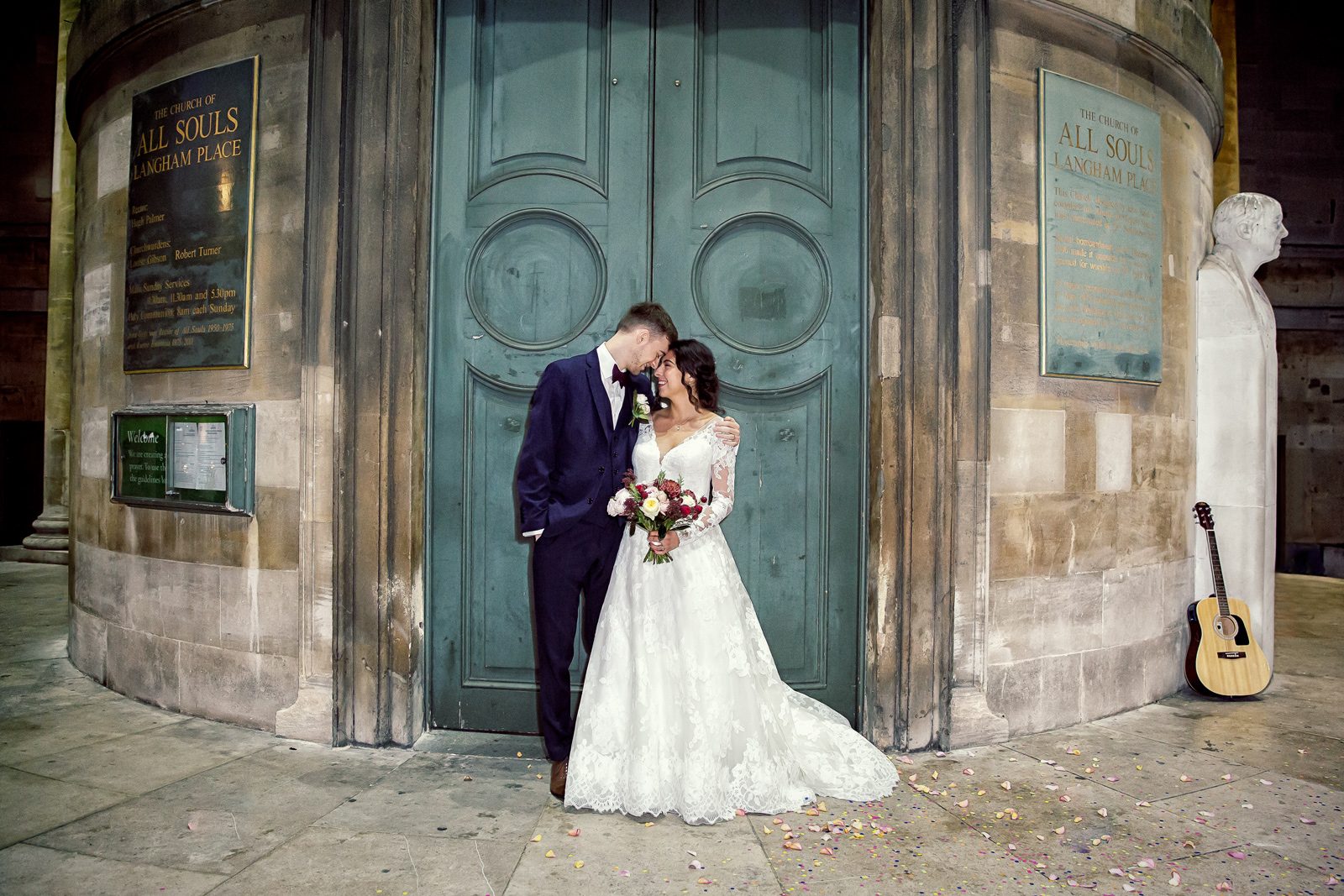